The Man Who Faked Insanity To Avoid Death

Charles Fiester was given a stay of execution, during which he fell into a catatonic state—or so it appeared.

In 1895, Charles Fiester of Josephine County, Oregon, was jailed for committing a brutal crime. Sentenced to die for his actions, he was given a stay of execution, during which he fell into a catatonic state that extended his reprieve from death for years.

Portrait of a Man

At 22 years old, Charles Fiester married his wife Nancy when she was just about 13 years of age. Living what might have seemed on the outside to be a loving, fulfilling life, the couple raised 10 children over the course of their 30-year-long marriage. Acquaintances and former colleagues at Oregon’s Salem Police Department described Fiester as a soft-spoken and hard-working man.

But, all wasn’t as it seemed in the Fiester household. Neighbors witnessed Fiester’s darker side after Nancy shared bruises and injuries inflicted by her husband. Unhappy in her marriage, Nancy started seeing another man and planned to divorce Charles. This affair fueled his long-ignored anger management issues, resulting in Feister’s action to take Nancy’s life.

Once in the hands of the law, another love-wrought murder in the Fiester family reared its head again. One year earlier, his daughter Jessie “Jet” Black separated from her husband, Sam. When an enraged Sam saw her with another man, Jessie’s estranged husband shot and killed him.

If You Can’t Do The Time…

On Sept. 30, 1895, Fiester appeared in court in Josephine County. During his opening statement, his attorney pleaded not guilty by reason of insanity—by law, an “unwell” or “insane” person isn’t supposed to be executed. Unfortunately for Fiester, his trial came a few years before the idea of “temporary insanity” was would sweep through American murder courts. Fiester did not have a history of being mentally unstable, and thus had little evidence to convince the jury he was mad.

With two extramarital love affairs gone horribly wrong in the Fiester family, the jurors took note. Along with claims of an anger problem and with no previous displays of mental instability, jurors reached a decision after just 40 minutes of deliberations—Fiester was found guilty and sentenced to death by hanging.

At first, Fiester didn’t take the sentence too seriously; he was convinced that he could get the decision overturned or have it downgraded to a lowly prison sentence. As he hoped, just days before his execution, the state Supreme Court issued him a stay of execution in order to allow for time to review his claim of insanity.

…Don’t Do The Crime

In the midst of his reprieve, things weren’t looking hopeful. With the threat of his death penalty being reinstated, Charles Fiester fell into a catatonic state. He simply laid on his bunk and stared at the ceiling. He did not move, speak, or respond to anyone who attempted to engage with him. A psychologist employed by the court examined Fiester and declared him insane. Just as Fiester had hoped, his execution was halted—his plan had worked.

The court did not completely overturn his guilty verdict or have him sent away to an asylum. Instead, Fiester stayed in the Josephine County jailhouse under supervision while the courts let his case languish in limbo. Deputies were required to care for him, which included feeding him several times a day and taking care of other personal needs. Newspapers from the time period did not reveal any details about his day-to-day care, but he likely wore a diaper that deputies had to change on a regular basis.

On May 10, 1897, an impressive 515 days after descending into this catatonic state, Fiester’s hoax unraveled. Two of his sons, William, 26, and John, 18, were sent to jail after getting caught stealing bacon from a smokehouse, and William was bunked with his father. After prisoners in adjoining cells claimed to have heard the family whispering to each other one night, suspicions were raised about the validity of his unresponsive behavior. 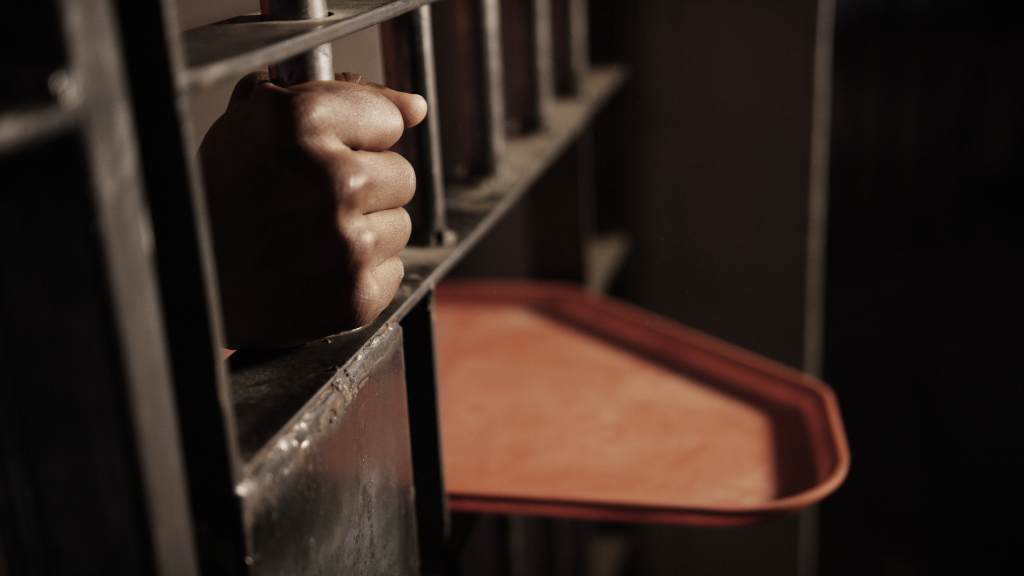 The following morning, the deputy assigned to feeding Fiester placed his food tray on the adjacent table and told Fiester he was never feeding him again. The deputy left and returned to find a clean plate. Upon seeing the cleaned plate, the deputy said, “Old man, you have played your game well.” Fiester responded with his first words in almost 2 years,

Fiester had only pretended to be catatonic for 43 months.

Shortly after his deception was brought to light, Fiester’s insanity defense was dismissed, and in an April 21, 1898 hearing, he was scheduled to be hanged on June 10. On the morning of his execution, the sheriff found Fiester unresponsive in his cell. His eyes were rolled back in his head, and his breathing was labored.

The sheriff thought Fiester was expiring on his own, so the hanging was postponed—but only for a few hours. Fiester bamboozled people for nearly two years, and they refused to be fooled again. Still alive at 1 p.m., officials went through with his sentence and carried him to the gallows. He was, allegedly, hanged while unconscious. 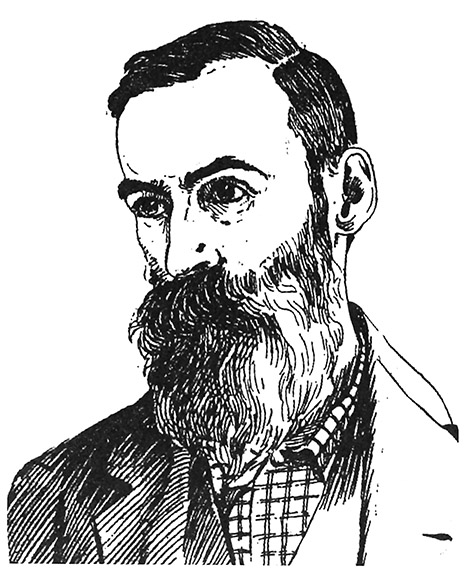 An engraving of convicted murderer Charles Fiester, published in the Portland Morning Oregonian on June 11, 1898, the day after his hanging. (Image: UO Libraries)

If this is true, Charles Fiester will have been the only unconscious man to ever be hanged in the state of Oregon.

While catatonia is usually associated with a disturbed mental state, Fiester’s ability to willingly enter a state of immobility and stupor may have been something closer to deep meditation. While meditating, monks remain aware of their physical body and surroundings at first but eventually, that awareness and thoughts can completely disappear. The mind’s perception of time and space can also fade away.

Tibetan monks are also known to practice deep-state meditation. In the early ’80s, Harvard researchers investigated a particular practice known as “g-Tummo ” meditation. The monks they encountered inexplicably had the ability to raise their body temperature using only their minds. Scientists were initially baffled by the mysterious phenomenon, but they have since credited “meditative visualization” for the act. Perhaps Fiester used a similar method to induce his own stupor?

Another possibility is that Fiester was in a trance state, and he dissociated himself with everything around him. His mind basically shut itself off as a way to protect itself following severe trauma—taking his wife’s life. Most people have experienced a trance state at some point in their lives, but not nearly to the extent of Fiester. Many people experience a similar “highway hypnosis” or zoning out when you’re driving and later realizing you weren’t aware of the route they just followed. Extreme dissociation like the kind Fiester may have experienced can be caused by stress, pain, or another catalyst.

Next post Woman Has Eyelashes Growing From Her Gums