Check Out the ‘Mewseum’ With Over 13,000 Cat Figurines

Admission is free with a suggested donation of $5 that goes towards local cat rescues. 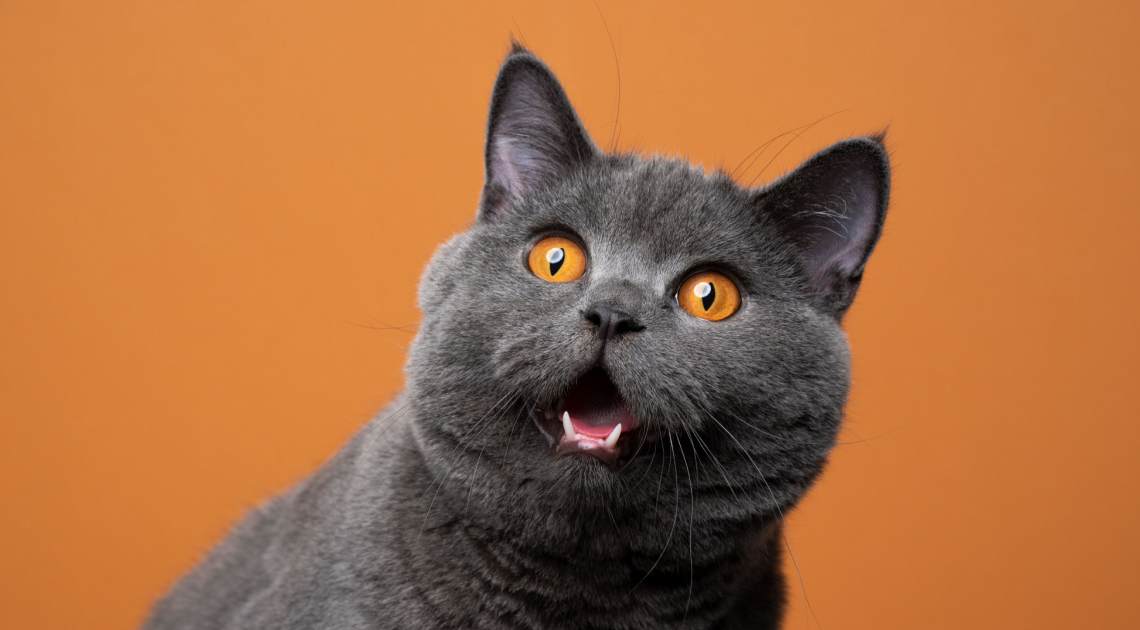 Redner’s Rescued Cat Figurine Mewseum in Menomonee Falls, Wisconsin, contains a private collection of more than 13,000 feline-themed knick-knacks! Cat-lovers are invited to a see it for themselves on Sunday, September 18, 2022, during an open house that will benefit local shelters.

How It All Began

During the COVID-19 lockdown, many people realized the critical role boredom plays in creativity. Booker Prize–winning author Anne Enright argues, “Boredom is a productive state so long as you don’t let it go sour on you. I wait for boredom to kick in because boredom, for me, is a very good sign.”

Shawn Redner can get behind Enright’s sentiments. After all, his brainchild, the Mewseum, was born out of boredom. Redner explains, “I was just sitting here, and we weren’t doing anything, and I remembered a friend of mine collected mushrooms about 20-something years ago.” Memories of this mushroom collection sparked an idea. Why not assemble as many rescued cat figurines as possible?

Before he and his wife, Hilary Siegel-Redner, knew it, they owned a collection of more than 13,000 pieces, which raised new questions. Like, what to do with so many felines? Here’s the story of how they created a world-class “mewseum” while helping real rescue cats along the way.

Besides boredom, Redner and Siegel-Redner attribute much of their success to geography, noting a ready supply of around 15 Goodwill stores in a 50-mile radius. And that’s not to mention antique malls, which also helped their collection grow by leaps and bounds. Soon, they enjoyed donations from fans of their efforts, too. From a handful of feline figurines, their collection soon ballooned to more than 13,000!

With thousands upon thousands of cat pieces in their home, the couple had clearly defined and followed through on their collection mission. But next, they needed a little vision. This vision came to Redner one day as he tooled around the house looking at the incredible collection they’d amassed. Besides figurines, the memorabilia included plates, photos, and paintings that had to be seen to be believed.

Like a bolt of lightning, Redner knew he had to share these cute critters with the public by creating a museum. After telling his wife about the idea, Siegel-Redner reacted with shock. As he recalls, “Her mouth fell open, and she said, ‘We’re gonna do what?’” Siegel-Redner stayed skeptical until her husband came up with yet another idea: using the proceeds from the museum to help real, living, breathing rescue kitties.

With his wife’s buy-in, the house quickly transformed. They painted walls and installed display cases. Track lighting lit up the exhibit, creating an authentic museum ambiance. Today, Redner’s Rescued Cat Figurine Mewseum draws an eclectic group of visitors. And as Redner points out, these guests aren’t your run-of-the-mill “cat ladies,” although they get those, too.

There doesn’t seem to be a particular demographic when it comes to guests. They’ve ranged from children to individuals in their late 80s and early 90s. Firefighters, punk rockers, college students, and bikers have all stopped by. No matter their walk of life, guests remain fascinated by the same sense of wonder. (The closest competition is a Poland-based museum containing a mere 2,500 cats.)

The couple estimates it takes approximately one hour and a half to see the collection properly. Admission is free with a suggested donation of $5 that goes towards local cat rescues. Kids enjoy the added fun of Easter eggs with four mice “dressed in their Sunday best” hidden within the collection. Eagle-eyed children who find them receive a prize.

The Next Best Thing

Redner and Siegel-Redner have now compiled so many feline figurines that they must keep thousands of items in storage. As a result, they’re looking to move the museum to a more prominent and roomy location. What’s more, they’d like to combine their love of cat collectibles with a coffee shop and a temporary shelter for rescue cats searching for forever homes.

This will build on their previous work of collecting donations for rescue cats housed in other locations. Redner explains, “The whole plan with the museum is that the coffee has to pay the rent. The coffee and the pastries. Because, with the museum, the idea was to always donate the money.”

They also hope a separate location in the suburbs of Milwaukee will take some of the awkwardness out of visiting a collection currently housed in their private home. So, if cat collectibles are your cup of coffee, keep your eyes out for the next installment of the Redner Rescued Cat Figurine Mewseum.

Next post Meet Midas, The Cat With Four Ears!