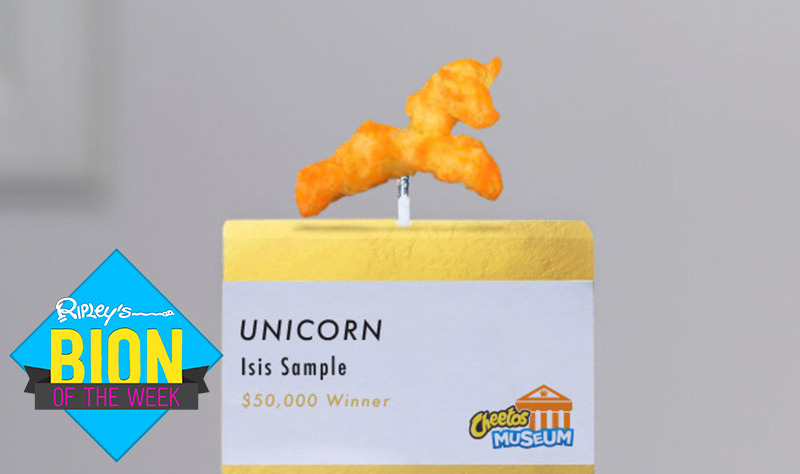 [September 3-9, 2017] A 7-year-old girl finds Excalibur, chickens evacuate south Florida, we reveal the winner of the Cheetos Museum’s search for the most magnificently shaped corn crisp.

For just €3.50, guests at the Hotel Chrleroi Airport in Belgium can rent some company for the night. They’ll provide you a  goldfish in a bowl to keep you from feeling lonely.

My friend is staying in a hotel in Belgium. They’ve offered her the option of renting a fish for the night, in case she’s lonely. #noshit pic.twitter.com/DG74iRSfhY

In the ancient days of Camelot, it is said that the legendary King Arthur Pendragon left his sword, Excalibur, in the Dozmary Pool. This week, 7-year-old Matilda Jones pulled what looked like an ancient sword from the very same body of water. The blade, however, did not live up to expectations. Instead of the legendary sword of the round table, it was just a prop sword from modern times.

Prepping for the impending hurricane, wild chickens from the Florida Keys were photographed wrapped up in newspaper like burritos. They seemed calm, perhaps they know they’re headed somewhere safer.

Have you ever tried horse milk? While it’s pretty common in the hills of Kazakhstan, it’s unlikely many Americans have had the mare milk. Believe it or not, horse milk is a lot closer to human milk than cow’s. Mixologist Dimitri Korolev says he prefers to use horse milk because it makes the froth on his drinks softer, and more stable. Would you try a horse-milk cocktail? 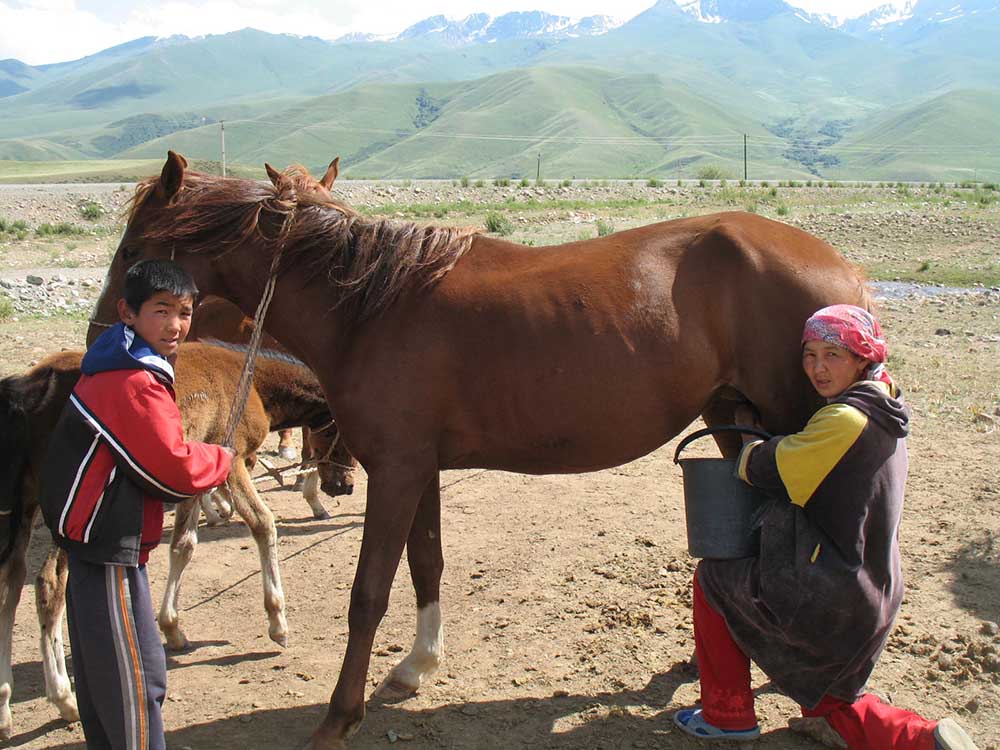 The Cheeto’s Museum opened at our New York City Odditorium back in June. The museum showcased Cheetos that looked like all sorts of things, including flamingos and roller bladers. Cheetos™ also ran a contest to find the most interesting shape. A Cheetos unicorn from Isis Sample took home $50,000 for her Cheeto. 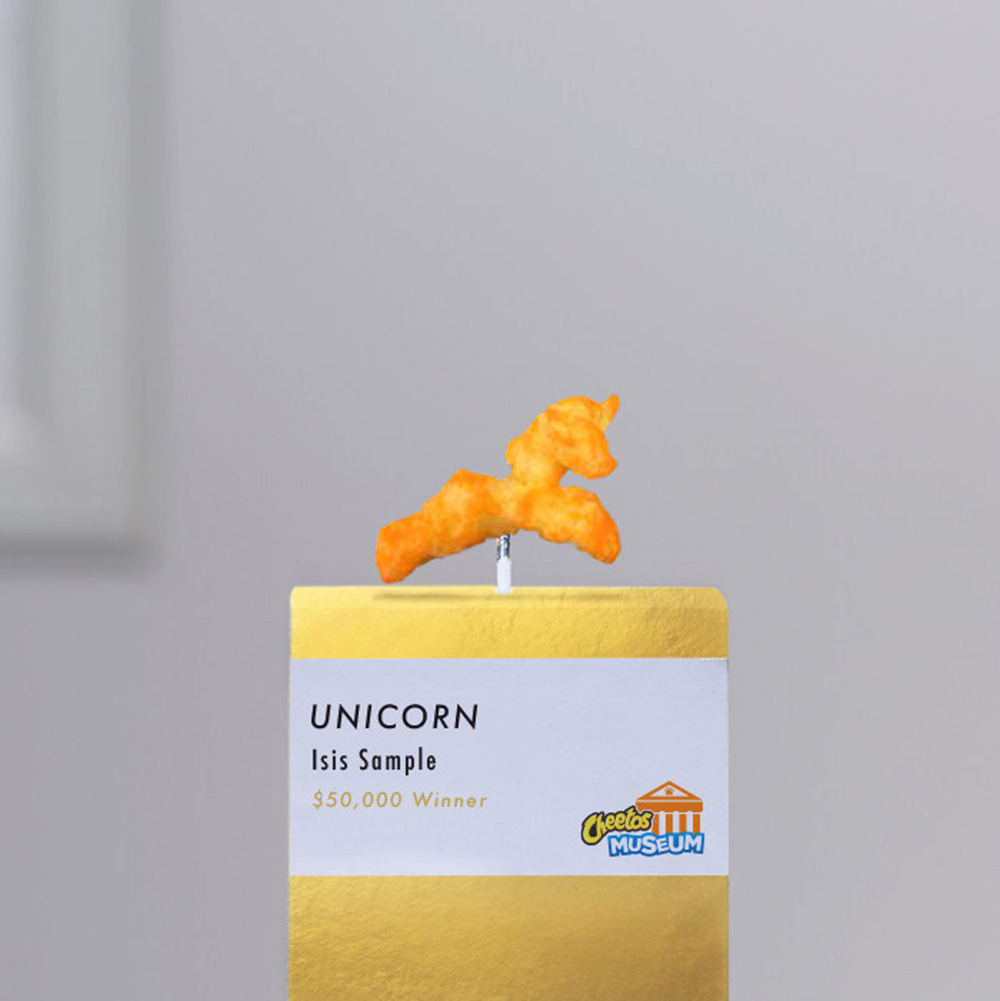