What Is Still Standing After Chernobyl’s Nuclear Nightmare?

Nuclear rain fell as far away as Ireland.

The Chernobyl Nuclear Power Plant a few weeks after the disaster.

Ukraine’s Minister of Power and Electrification states that the odds of a meltdown at Chernobyl’s nuclear power plant are “one in 10,000 years.”

1:45 a.m. Firefighters arrive, unaware of the risk of radiation.

2:00 p.m. Evacuations begin for all resident six miles from the plant. It took 3 ½ hours to evacuate Pripyat’s 43,000 residents.

Ahead of schedule, the Pripyat Amusement Park opened, briefly, during the evacuation in an attempt to keep residents positive.

Radiation abound, the Pripyat Amusement Park was in operation during evacuation.

Ukraine’s Pripyat Amusement Park was slated to open on May 1, 1986, but things did not go according to plan. Instead, it operated for just a few hours following the fallout, while the town was being evacuated. Today, with radiation levels in some parts of the park still dangerously high, the rides remain eerily unridden and rusty.

The reactor responsible for the disaster was entombed in a sarcophagus of steel and concrete to contain the radiation, but it started leaking. Luckily, a new cover for the reactor was completed in 2016. This mighty arch is billed as the “largest movable land-based structure ever built,” and is seen as an important step toward ultimately dismantling the still dangerous reactor.

Alongside the Chernobyl victims memorial, the covered reactor sits tall enough to cover the Statue of Liberty.

The cover, which is tall enough to contain the Statue of Liberty and spans nearly the length of three football fields, is designed to secure the site for at least 100 years. But, not everything is safe…

Today, there is still a structure at the heart of the plant, known as the Elephant’s Foot, that is incredibly radioactive. A melted lava-like mixture, the Elephant’s Foot is so deadly that 30 seconds of exposure will cause severe dizziness. Within two minutes, cells begin to hemorrhage. Five minutes is fatal. As it continues to melt through the concrete base of the power plant, the city remains uninhabitable for at least the next 100 years. 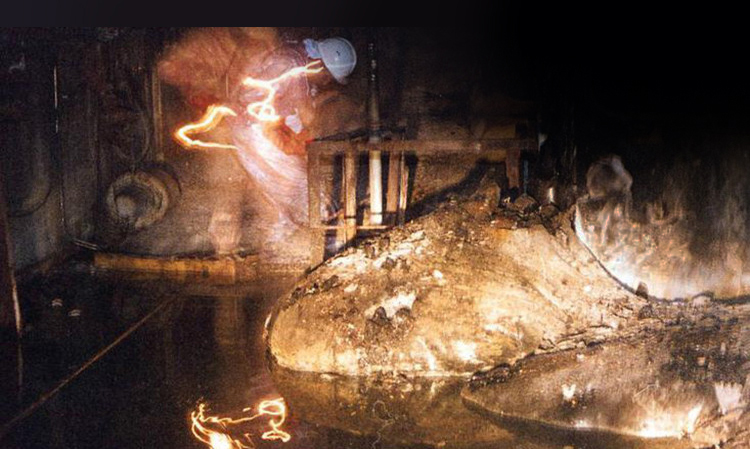 Five minutes of exposure to the Elephant’s Foot is fatal.

Previous post Cheese Before Bed Will Not Give You Nightmares