Chess Boxing Will Test Your Body and Brain

The idea came from a French comic book.

There is no finer sport that matches wits and fists than chess boxing. Whether you choose to call it a hybrid fighting sport, or hybrid board game, chess boxing is exactly what you think it would be. Two opponents play a game of chess for one round, then box for another, and repeat.

The match lasts 11 rounds and begins with chess. The combatants square off in a timed game of chess for six minutes, then switch right over to fighting. They only have a short 60-seconds while the board is being removed from the ring to take a break. 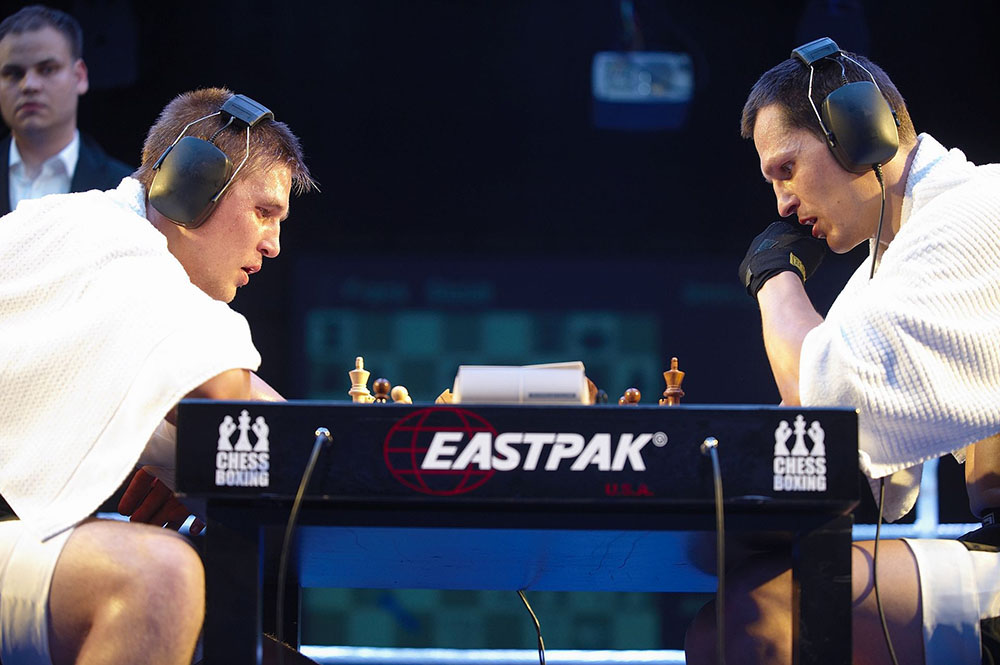 Once the boxing ring ends, they are back at the board continuing their ongoing chess match. Separate referees typically monitor the chess match and boxing.

If you’re wondering why they have headsets on at the table, it’s to drown out the noise of the crowd and commentators to focus on the game.

Weight classes follow normal boxing, lightweight to heavyweight—for both men and women—and an Elo chess rating of 1,600 is required for professional participation. The most recent champion, however, has an Elo over 2,000.

The idea came from a French comic book, Froid Equateur, except in the book, the chess match is played after a complete boxing match. Truly a game of endurance, athletes in the real sport must return to an in-motion game of chess between bouts of punching each other in the face.

To train, combatants will play games of speed chess after intense workouts or sprints on stairs.

“Fighting’s done in the ring, and war’s waged on the board.” -World Chess Boxing Organization motto

Previous post Is It a Worm or Is It a Lizard? It's the Mexican Mole Lizard!