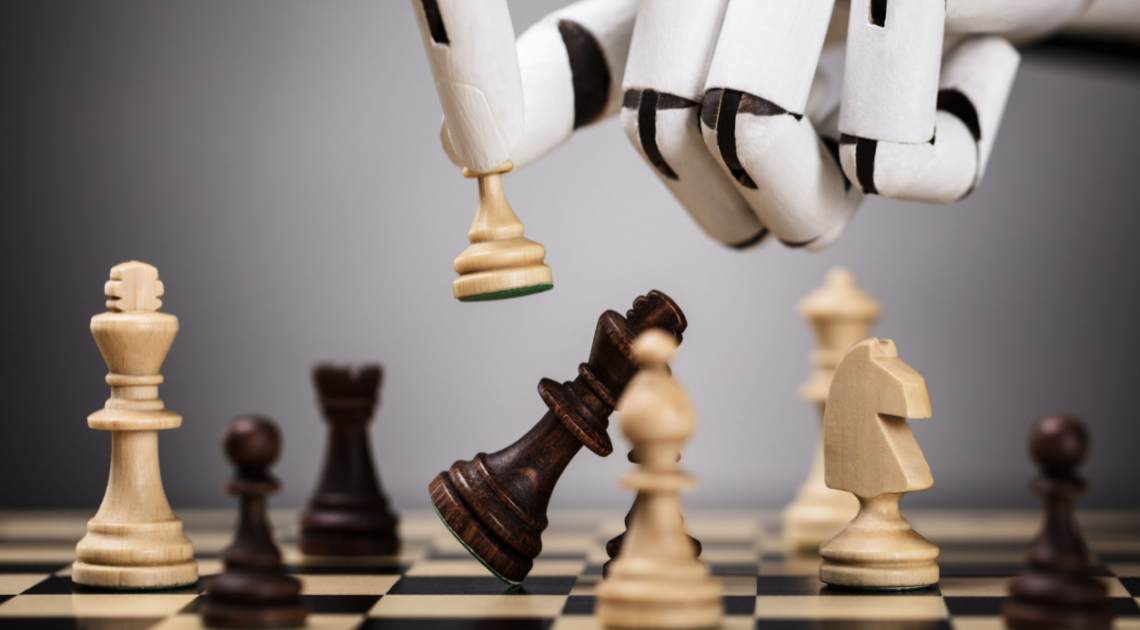 A seven-year-old boy in Moscow learned a tough lesson about timing in chess last week when his robot opponent made a move that ended with a broken finger!

Clawing Its Way to the Top

Tension was thick during last Thursday’s Moscow Chess Open tournament, as the boy went head-to-head with a robot rented for the event. Things took a turn for the dramatic when the boy made a major blunder by acting a bit too fast to make a move before the robot’s turn was complete.

A video on social media shows the horrifying moment when the robot captured — and ultimately broke — the boy’s fast finger, followed by four adults rushing in to free him from its grasp.

Fortunately, children are resilient little things, and the boy was able to return to the board the next day to finish the tournament.

In a terrifying incident of technology gone rogue, a robot has broken the finger of a seven-year-old boy during a chess tournament in Moscow.

Security camera footage shows the moment the robot grabs the child’s finger and crushes it after he rushed to make his move. #9News pic.twitter.com/YggDI50O5t

Revenge of the Robots

This wasn’t the robot’s first time over the board, having been rented by the Federation for several previous events. Lazarev quickly noted that the Federation played no role in the robot’s programming but noted that the operators will need to strengthen protection on the machine to prevent further incidents, touching on a hot-button topic regarding the power robots could have in the future.

As robots and artificial intelligence advance, accidents are bound to happen, which means finding a way to minimize them as much as possible through interfaces that rely on humans to safeguard and prevent the machines from ever fully thinking for themselves.

Fear of a robot uprising has had a stronghold on pop culture ever since Wolfgang von Kempelen’s 1769 invention, the chess-playing Mechanical Turk, went on tour, besting everyone from Benjamin Franklin to Napoléon Bonaparte. Nobody could understand how a machine could ever beat a man at a game of strategy.

For now, cases like this can be attributed to a mere malfunction, so everyone can rest assured that no robot uprising is currently taking place.

Next post How World War II, The Slinky, And A Bolivian Cult Are All Connected