The CIA declassified one of its secret training tools—a card game! 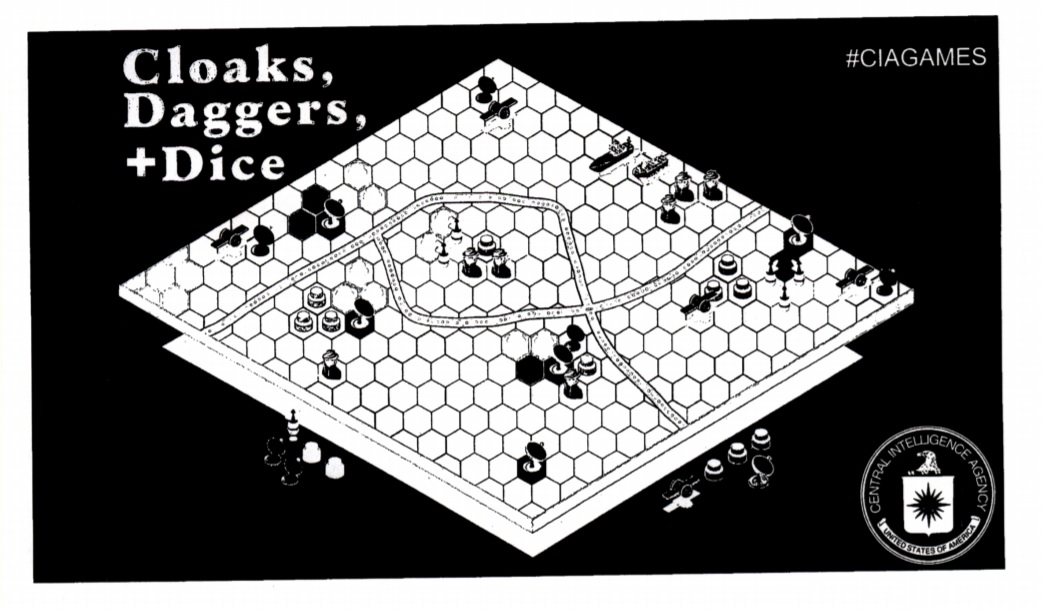 Working as a CIA operative isn’t easy. It takes guts, determination, and a finely-honed set of skills earned through a lifetime of top-tier training and dedication. In other words, it’s not all fun and games.

Well, except for the time that it was, and agents were trained and vetted by a secret card game.

As you might imagine, civilians had no idea about this game’s development and ongoing use until it was declassified. Presented at the 2017 South by Southwest (SXSW) film, media, and music festival and conference, during a presentation titled “Cloaks, Daggers, + Dice: How the CIA Uses Games,” information about a game called Collection Deck was shared by the United States Central Intelligence Agency.

According to the presentation, games like Collection Deck were used “as a training tool” and to serve as “a model for thinking.” What’s more, they were designed with complexity in mind. 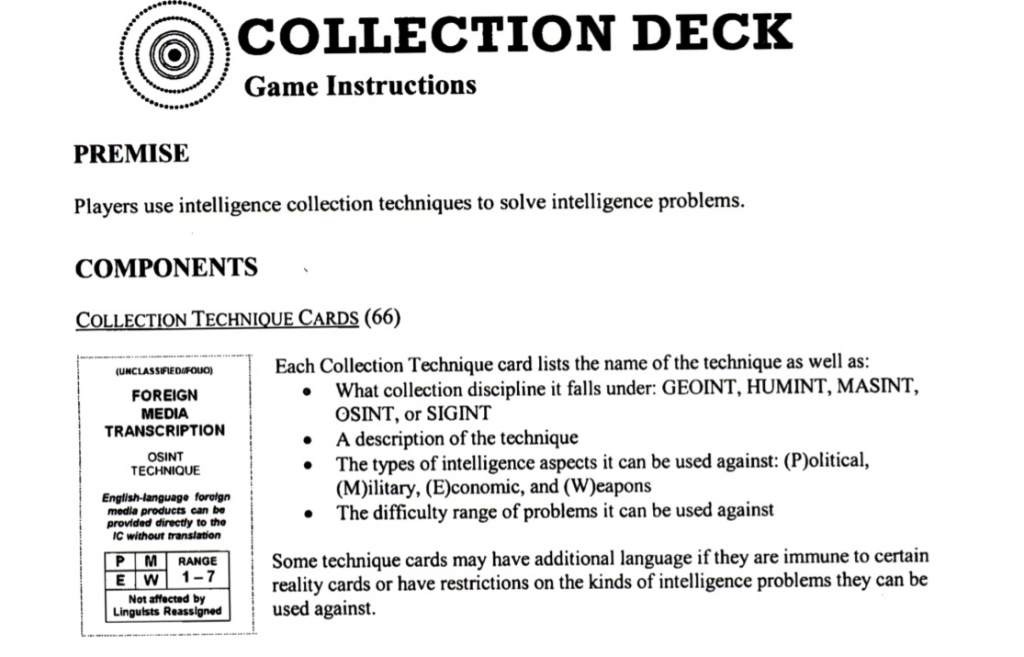 “Given the human propensity to play games…it seems to make sense to take advantage of that as part of the work process.”

Collection Deck players use their cards to affect or counter those of competing players, and the special Collection Manager Challenge cards require an explanation of how a particular technique could be used to address real-world issues. There were also Reality Check cards, “used to modify a technique or problem to create matches that would otherwise not be possible.”

Mitchell Kotler of non-profit government transparency-minded news site MuckRock took interest in this revelation and promptly submitted a Freedom of Information Act request to the powers that be.

Before long, Kotler got word back that they’d be willing to share a great deal about the card game with him. In fact, the response included over a hundred pages with images of the playing cards mostly intact and game challenges fairly easy to identify. Redactions, of course, are certainly present—but it’s pretty easy to get the gist of the game. 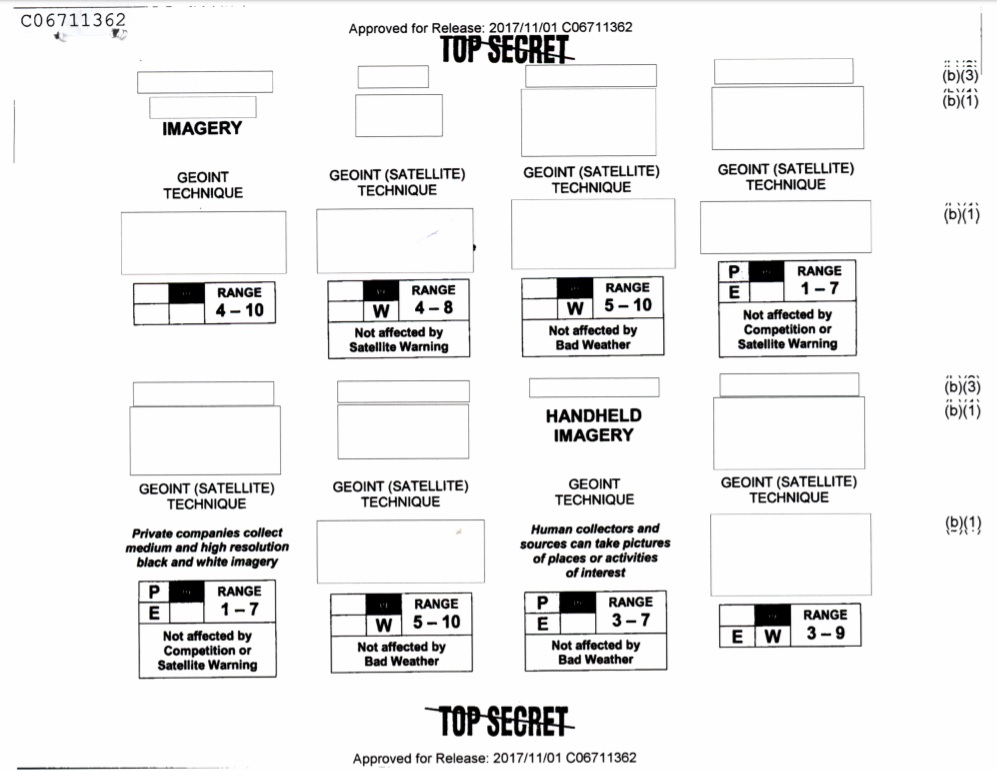 Collection Deck is a training game designed to teach about various collection capabilities. Students playing the game use cards representing various collection techniques to solve intelligence problems, but their efforts to do so may be hindered by other players using cards representing challenges or obstacles that analysts face when driving collection. Collection Deck has been described as a cross between classic card games like Bridge, Hearts and Whist and collectible card games like Magic: the Gathering and Pokémon.

Get this—here’s how the game wraps up. “The game ends when one of the players solves 10 points worth of intelligence problems, or until everyone has had enough and wants to go do something else.”—that’s straight from the CIA. 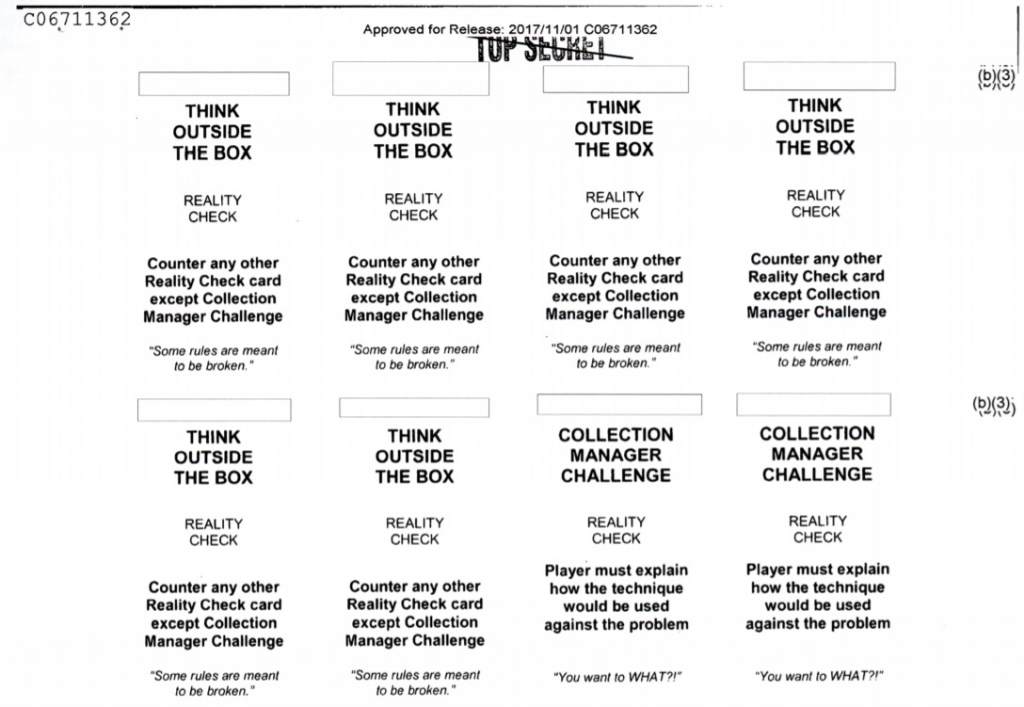 Try This At Home

Once news of the release hit websites around the world, the fine folks at TechDirt entered the fray. Fascinated by the reports of Collection Deck, they couldn’t wait to develop their own CIA-centered game.

Advanced via a Kickstarter campaign, and based on the information Kotler was able to obtain, Masnick created a lookalike game and called it CIA: Collect It All. 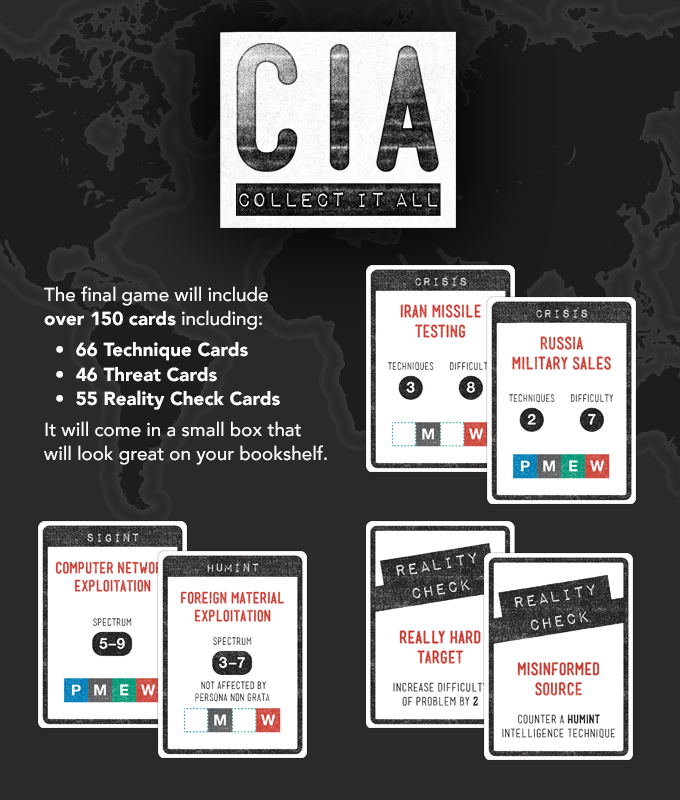 Via CIA: Collect It All Kickstarter campaign

Drawing from a deck of over 150 cards, players start each round with a hand full of intelligence tactics and must devise strategies to successfully defuse various crises. The tactics and crises all contain aspects—Political, Military, Economic, and Weapons—and players can only tackle crises if they have tactics with matching aspects. However, rival players also have “reality check” cards that they can play to complicate their opponents’ efforts.

Interested? You’re in luck—CIA: Collect It All is available for purchase from Diegetic Games, who helped develop the game with Kotler.

And, while a great deal about the CIA remains shrouded in mystery, never to be shared with a gawking public, it’s perhaps a bit refreshing to imagine secretive spies shuffling a deck of cards in an underground bunker.

By Bill Furbee contributor for Ripleys.com

Next post What Are Spite Houses, And Who Lives In Them?