Up Close With A Mammoth Tooth

Many cultures once thought these teeth belonged to giants!

Among the many ancient artifacts of the Ripley’s collection are a number of very large teeth. These teeth once belonged to wooly mammoths. Wooly mammoths roamed the earth for about 5 million years, during the Pliocene and Holocene Epochs. They could stand up to 13 feet high and weigh over 26,000 pounds. They had an articulating snout, much like an elephant’s, but were covered in a thick layer of wooly hair to protect themselves from chilling conditions.

Their giant, bulky teeth were what biologists refer to as hypsodont molars. They had a single, large tooth on either side of their jaw. These teeth were simple masses of enamel, allowing them to grind up gritty and fibrous vegetation with ease. Weighing an average of around five pounds today, mammoth teeth extended far out of their gums to provide a large surface for years of wear and tear. Only a few inches of the spikey root of the tooth attached it into the mammoth’s jaw, the rest—the crown—was exposed.

Mammoths were built for cold temperatures, thriving in arctic conditions of -60° Fahrenheit. On vast, icy wastelands they sought any vegetation they could, grinding it up with their teeth. Climate change, as well as human hunting, is largely blamed for their extinction. Their numbers quickly dwindled as they were driven toward the poles of the planet where they struggled to find food and became easier to corner during hunts. Believe it or not, however, evidence of a small group of mammoths living on St. Paul Island in Alaska has put them as surviving until 3,750 BC. 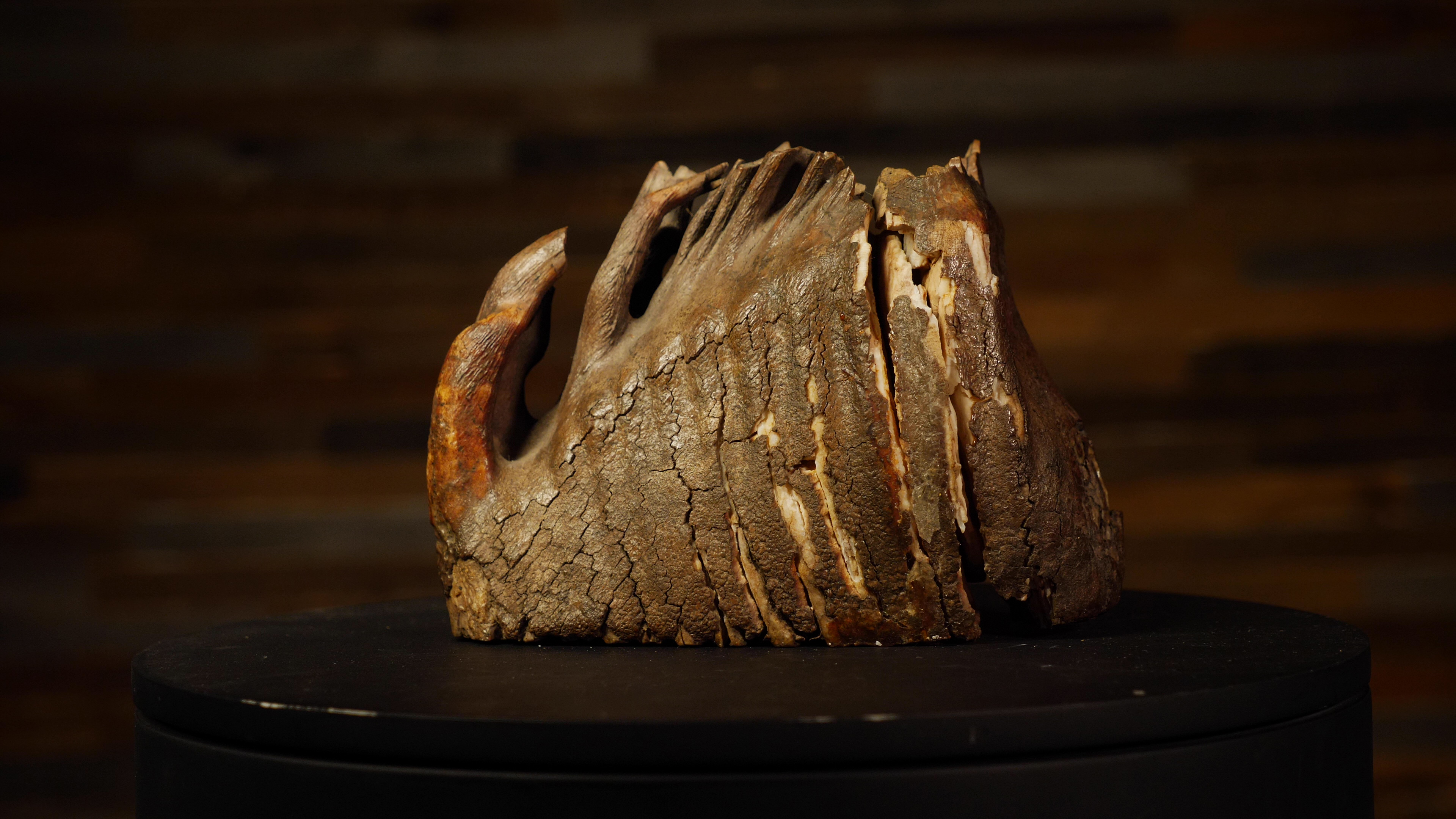 Though early humans are known to have hunted mammoths, they forgot about their existence in the succeeding millennia. The area that is now the North Sea in Europe became one of the first sites where mammoth teeth were found. The area would have been passable by mammoth on foot thousands of years ago, but as the glacier receded, this left mammoth remains to be washed over by the waves of the ocean. Tumbling like rocks, some of these teeth washed up on European shores after storms. Without any history of mammoths, these teeth were often thought to belong to giants, breeding new fantastical stories and mysteries.

By the 18th and 19th centuries, scientists had a better grasp of how the ancient world looked, and whole examples of mammoths were found frozen in Siberia and the Brea Tar Pits. Mega-sized creatures like the wooly mammoth and its close cousin the mastodon went on to be instrumental in our understanding of mass extinction events and what causes them.

Next post The Soviet's Tsar Bomba: The King Of Bombs

Previous post This Artist's Food Photography Is Out Of This World