We all float at the California Institute of Abnormalarts! 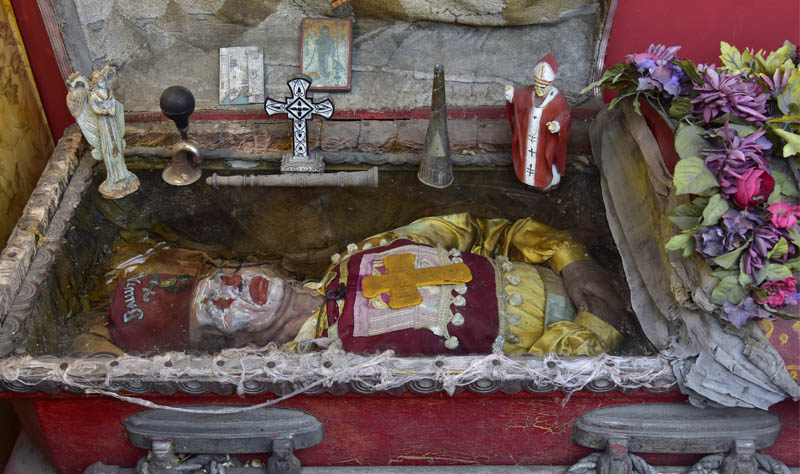 Achile Chatouilleu, “The French Tickler”, died in 1912 and wished for his body to be displayed forever in his favorite clown costume. Carl Crew, owner of the California Institute of Abnormalarts, or CIA, located in North Hollywood, California, made that wish come true!

Today, Achile Chatouilleu can’t make an appearance on the other side of his glass coffin as he is embalmed with mercury and arsenic—very toxic!

The 105-year-old embalmed body of Achile Chatouilleu now lays creepily peacefully at the CIA, but how does one acquire a clown corpse? Crew explains:

“A family came through, and they were talking about their circus ranch, which houses all these crazy things—one of them was a relative on display. Since they were always away from the ranch and their relative never really got to be shown, I told them, “Bring him down!” and they did, 21 years ago. Now they come back every year, and we do a memorial service for Achile Chatouilleu.”

Achile Chatouilleu’s family had him hermetically sealed in clown makeup, and dressed him in his Shriners parade outfit from the first Shriners parade in 1906 in Detroit. He was one of the last bodies to be gravity embalmed—they used to strap the body down to a table and then turn it upside down, letting gravity pull the chemicals into the body while it bled out!