Apparently, nobody had a craving for freeze-dried chicken and crab meat entrees created by a company best known for mint-flavored toothpaste. 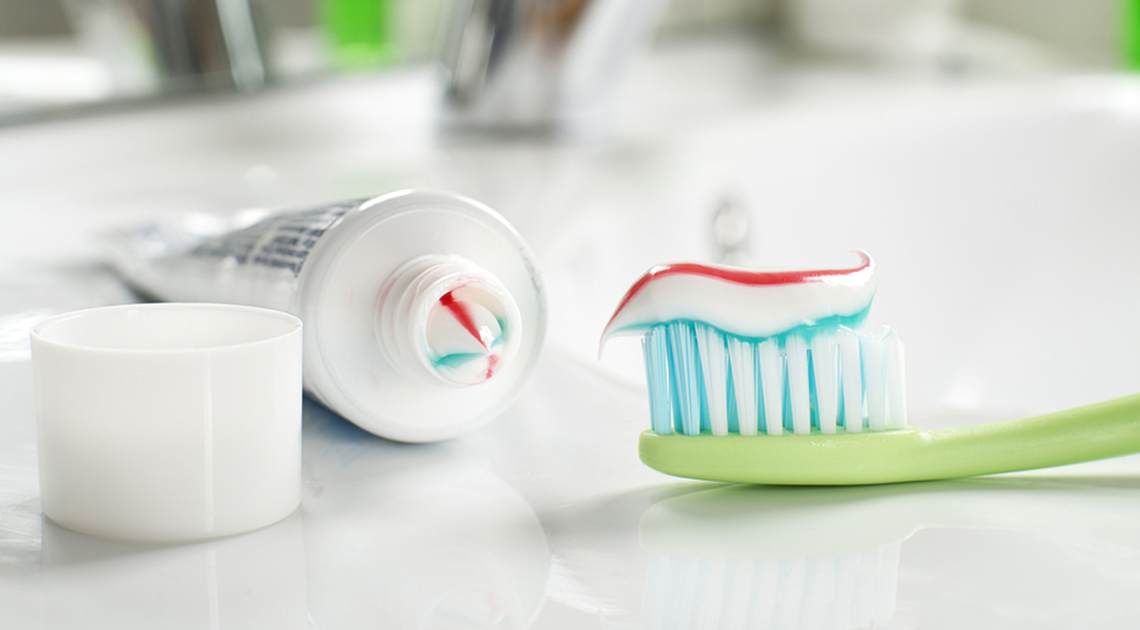 Think back to the early 21st century and a headline regularly splashed across the front pages of newspapers: “Too Big to Fail.” Journalists and politicians used the phrase to explain bailouts for major banks and corporations during the Great Recession. Politics and financial history aside, we can all agree that when it comes to brands that are “too big to fail,” Colgate falls into this category.

The company’s history dates to 1806, when William Colgate started peddling candles, soaps, and starch on Dutch Street in New York City. With centuries of lucrative business, you would assume the company is impervious to marketing failures. That is, until you hear the strange and tragic tale of Colgate Beef Lasagna. But is this urban legend true? Let’s dive into the truth behind the Colgate Kitchen label.

How Did Colgate Beef Lasagna Happen?

If the thought of Colgate Beef Lasagna makes you cringe, you’re far from alone. Take a look at viral images of the packaging online, and it could put you in gag mode. (You’ve been warned.) Although these responses are understandable, they’re far from the reaction you want to elicit when attempting to expand into the frozen TV dinner market. And that’s where Colgate hit a wall when it came to creating a successful food line in the 1980s. Well, at least that’s how the story goes. But what’s the reality when it comes to Colgate Beef Lasagna?

To dig into the untold truth of Colgate Beef Lasagna, we must start with The Museum of Failure in Helsingborg, Sweden. Created by Dr. Samuel West, it has placed a blinding spotlight on some of the worst failures of various corporate brands. These include everything from coffee-based Coca-Cola Blãk to Ayds (pronounced “aids”) diet candy and the Sony Betamax. What made the licensed psychologist and Ph.D. in Organizational Psychology fixate on failure? Dr. West notes, “Every failure is uniquely spectacular while success is nauseatingly repetitive.”

Did Colgate Beef Lasagna Ever Exist?

Is it as nauseating as the thought of Colgate Lasagna? Doubtful. But if you dig a little deeper into The Museum of Failure’s exhibit of said frozen dinners, you’ll come across a surprising fact: Colgate refutes the existence of their 1980s line of microwavable cuisine. In fact, the company’s legal representation contacted the museum after it began receiving international attention, stating “[Colgate] has no recollection of a Colgate Lasagna.” Does that mean Dr. West’s narrative is wrong? Or does Colgate have a spotty corporate memory? It depends on who you ask.

While Dr. West notes in his museum exhibit that he reconstructed what Colgate’s so-called lasagna frozen dinner looked like, he claims the design came from reputable online sources. West asserts that Colgate remains too embarrassed to let the cat out of the bag when it comes to their failed line of frozen entrees. According to The Drum, who awarded Colgate Lasagna top honors as a failed product, the toothpaste company has redacted all mentions of Colgate Kitchen Entrees from its company history.

Nevertheless, The Drum notes, “According to a number of sources, Colgate wanted to enter the lucrative ready meal market harnessing the strong brand loyalty it had so successfully developed.” In other words, the brand hoped to entice people into eating their frozen meals and then brushing their teeth with the company’s toothpaste. That said, finding out more about the 1980s food brand can prove a fruitless endeavor. So, what gives when it comes to Colgate Lasagna? Did it ever really exist?

The answer lies in a 1966 copy of Television Age Magazine. There, you’ll find a profile of the Colgate-Palmolive Company mentioning George Henry Lesch. In 1961, Lesch became the new chairman and the president of the company, and he aggressively sought new ways to expand the brand’s reach. According to the article, this included, “A line of dried chicken and crabmeat entrees under a Colgate Kitchen label… introduced and quickly withdrawn. An apple-chip called Snapples has been tested off-and-on over a two-year period, and one or two other food items are at various stages.”

The Mystery of Colgate Lasagna Continues

But is Television Age Magazine the only proof of Colgate Kitchen Entrees? Fortunately, no. The American Institute of Food Distribution also reported on Colgate’s foray into crabmeat and chicken entrees in 1966. The article claimed Colgate created a range of five products test-marketed in 1964. But according to the report, Madison, Wisconsin, represented the only place these products ever got marketed.

While the descriptive language “chicken and crab meat” rules out the existence of Colgate Beef Lasagna, it’s clear the company did try to wade into the food market. But apparently, nobody had a craving for freeze-dried chicken and crab meat entrees created by a company best known for mint-flavored toothpaste. Go figure!

Next post Swimming After You Eat? Yes, You Can.

Previous post Uncovering The Science Of Sci-Fi With Ripley’s Believe It or Not!