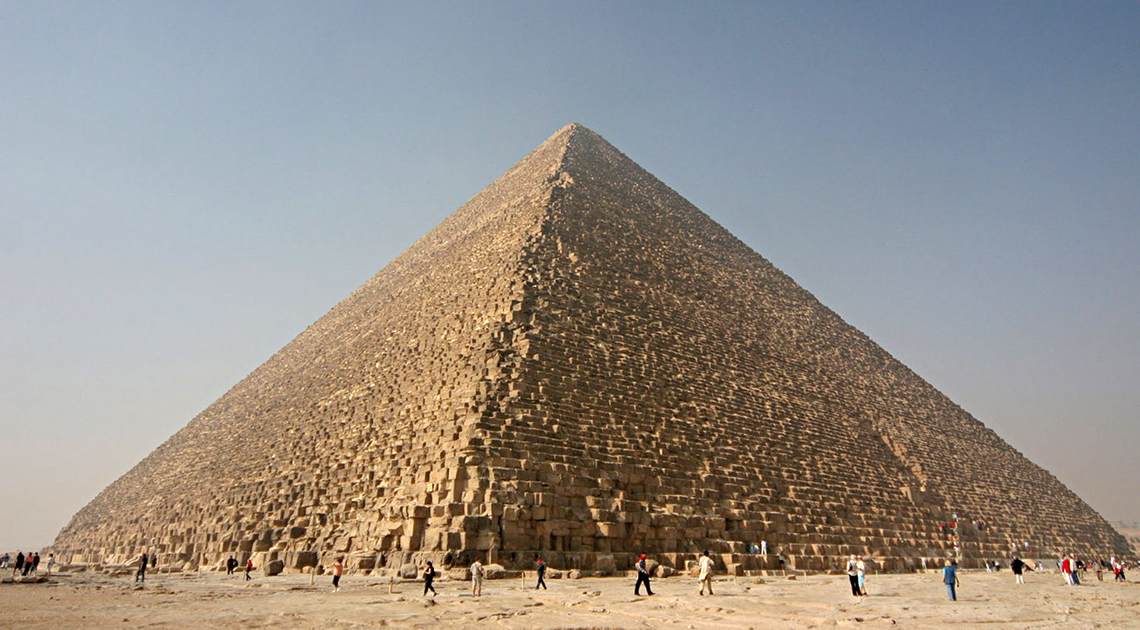 After 4,500 years, the Great Pyramid of Giza is still revealing secrets from within, as advanced cosmic ray technology has revealed two mysterious tunnels within the pyramid walls, one of which may lead to a secret burial chamber!

Archaeologists from the University of Cornell did a deep dive in to a series of scans captured as part of the ScanPyramids project between 2015 and 2017 in which cosmic rays were used to detect voids by analyzing “muons” — high-energy particles that constantly fall on Earth.

Muons are the key to unveiling more details about the pyramid, as they behave differently on stone and air, allowing researchers to use powerful detectors to map out air pockets in stone structures.

As noted in the follow-up study published on arXiv, the scans helped map the Great Pyramid’s structure, identifying two voids in the process — a small one near the north face and a much larger passageway located above the grand gallery.

While the function of both tunnels remains unclear, the larger of the two, which is about 98 feet long and 20 feet high, could potentially be the opening to the hidden burial chamber of Pharaoh Khufu, for whom the pyramid was built. 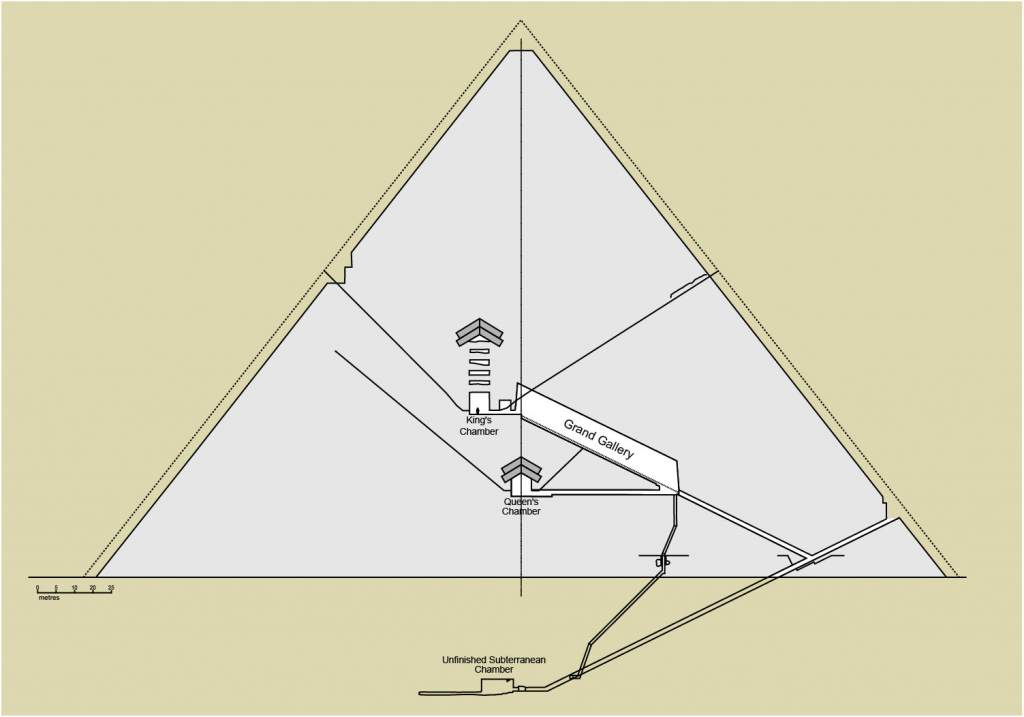 Erected in the 26th century BC, the Great Pyramid of Giza is the last surviving wonder of the ancient world and was the largest pyramid ever constructed in ancient Egypt at 455 feet tall. In fact, it was the tallest building in the world for 3,800 years!

Pharaoh Khufu, also known by his Greek name Cheops, commissioned the pyramid upon ascending the throne in 2551 BC. The second Pharaoh of the Fourth Dynasty, Khufu ruled for at least 26 years, during 23 of which he oversaw the building of his massive legacy.

There is still a lot of mystery behind the pyramid’s construction, but Egyptologists believe it took around 20,000 Egyptians and 5.5 million tons of limestone to get the job done.

The Great Pyramid isn’t Khufu’s only contribution to Egyptian history. In 1954, the Khufu ship was discovered sealed in a pit at the foot of the Great Pyramid. The 143-foot-long ship was presumably built for the Pharaoh in his afterlife and is one of the largest and best-preserved vessels from ancient times. 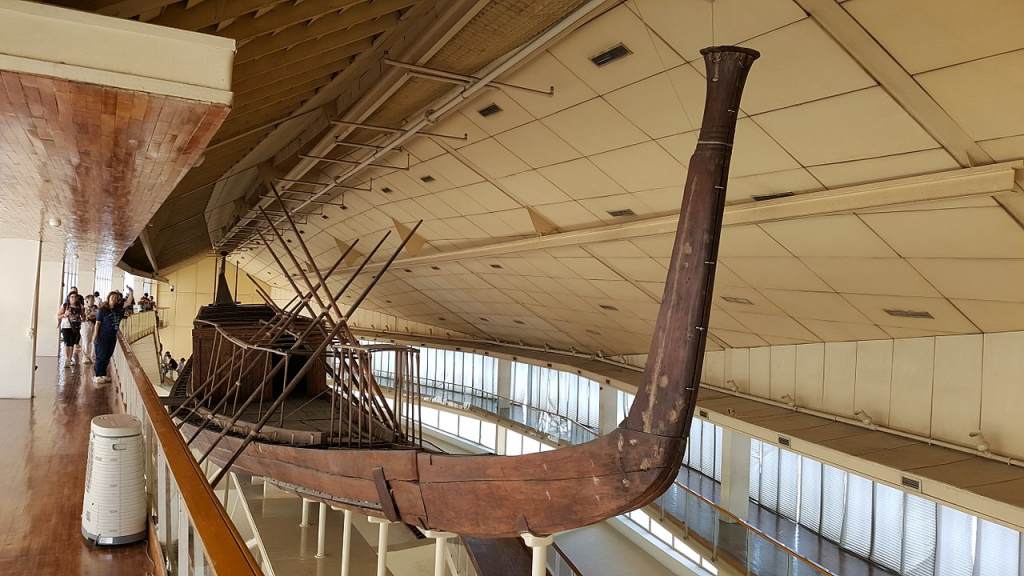 Researchers hope to get a glimpse inside the voids using a telescope system with 100 times the sensitivity of those used in the Scan Pyramids project.

Detectors of this magnitude are not tiny enough to place inside the pyramid, so they’ll have to be placed outside and moved along the base to build the data set. The extreme sensitivity of the scanners could potentially be so strong they may be able to detect pottery and other artifacts housed within the newfound tunnels.

Though the scans have been green-lit by the Egyptian Ministry of Tourism and Antiquities, there is still a large amount of funding needed to build and deploy the powerful equipment necessary to complete the project, which will take two to three years to finish.

Currently, the group has enough funding to conduct simulations and design prototypes, but they’re actively looking for sponsors to help finally reveal what lies beyond the Great Pyramid of Giza’s walls.