This Space Survival Kit Has Everything A Stranded Cosmonaut Needs

Cosmonauts had to be prepared being stranded in the Siberian wilderness.

While it took the engineering expertise of hundreds of engineers, scientists, and pilots to ensure that Russian cosmonauts could survive space itself, landing back on Earth didn’t always mean they were out of danger.

Unlike their Apollo mission counterparts, who touched down in the ocean and were picked up via ship, the Russian space program lands its cosmonauts in the desert of Kazakhstahn—or at least they try to.

In the early days of space programs, calculating for landings was a difficult process, as re-entry vehicles suffered through the intense forces of Earth’s atmosphere while hurtling with a velocity of up to 36,000 feet per second. Even the slightest miscalculation or change in trajectory could result in astronauts landing hundreds of miles off course. Just in case their space personnel ended up in the far reaches of the Russian wilderness, cosmonauts are issued survival kits for use when they’re back on the ground. In most cases, they have not been needed—at least not needed for long. 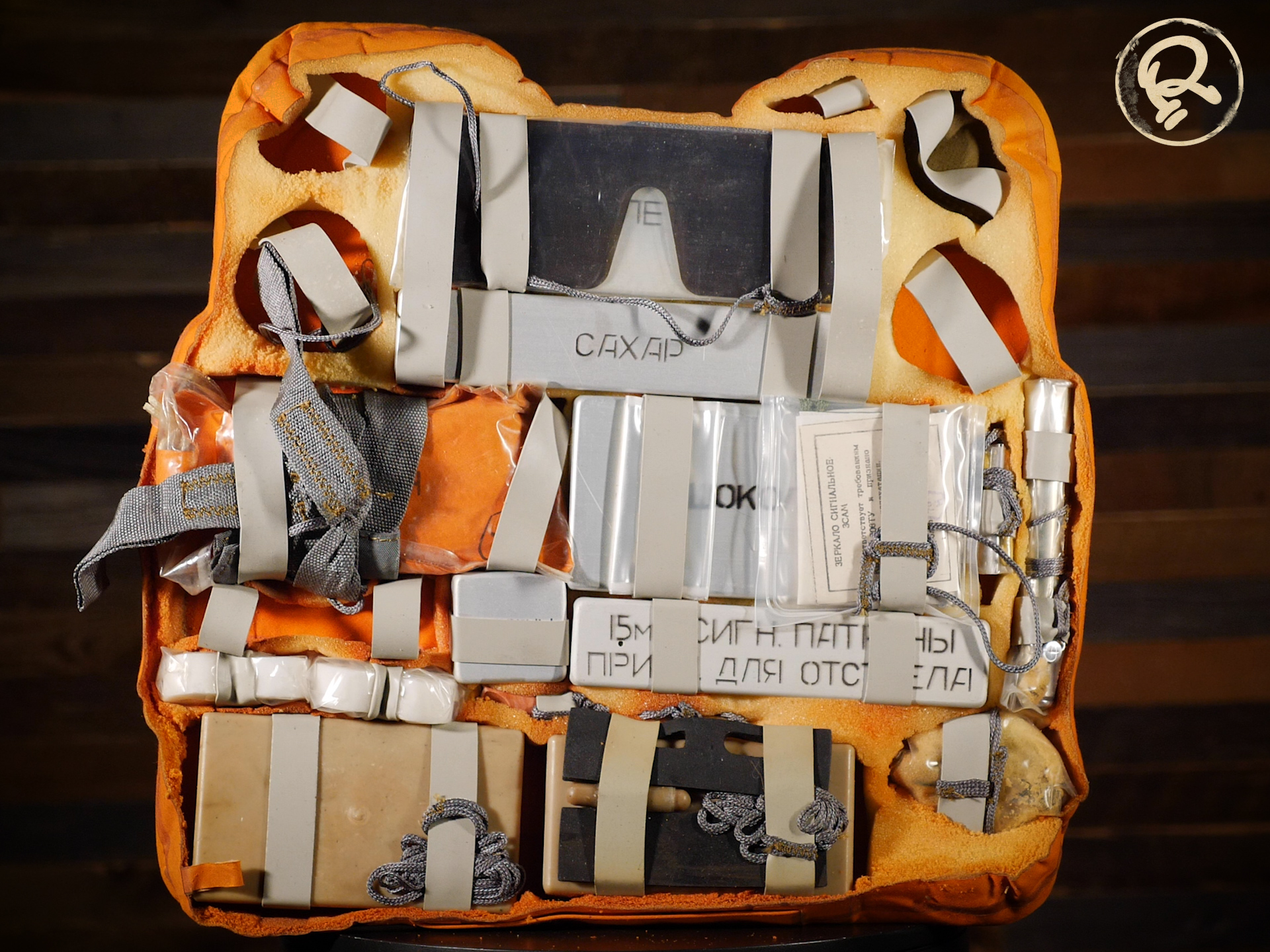 What’s In A Cosmonaut Survival Kit?

For the most part, these kits contain survival staples like a compass, matches, signal mirror, fishing kit, flashlight, wire saw, and medical supplies. Borrowing from the aviation kits issued to fighter pilots, they also contained slim canteens and rehydratable food bars for sustenance.

Some of the contents varied by season or mission. The kit featured here also had a pair of goggles to combat snow blindness and a set of folding aluminum snowshoes. The worst-case scenario was for a space crew to wind up in the Siberian wilderness where they would have to fend off the cold while awaiting rescue. Warm clothing was added as needed, and though its no longer present in our kit, firearms were almost always included to defend against wild animals or hostile nationals should a cosmonaut land in enemy territory. 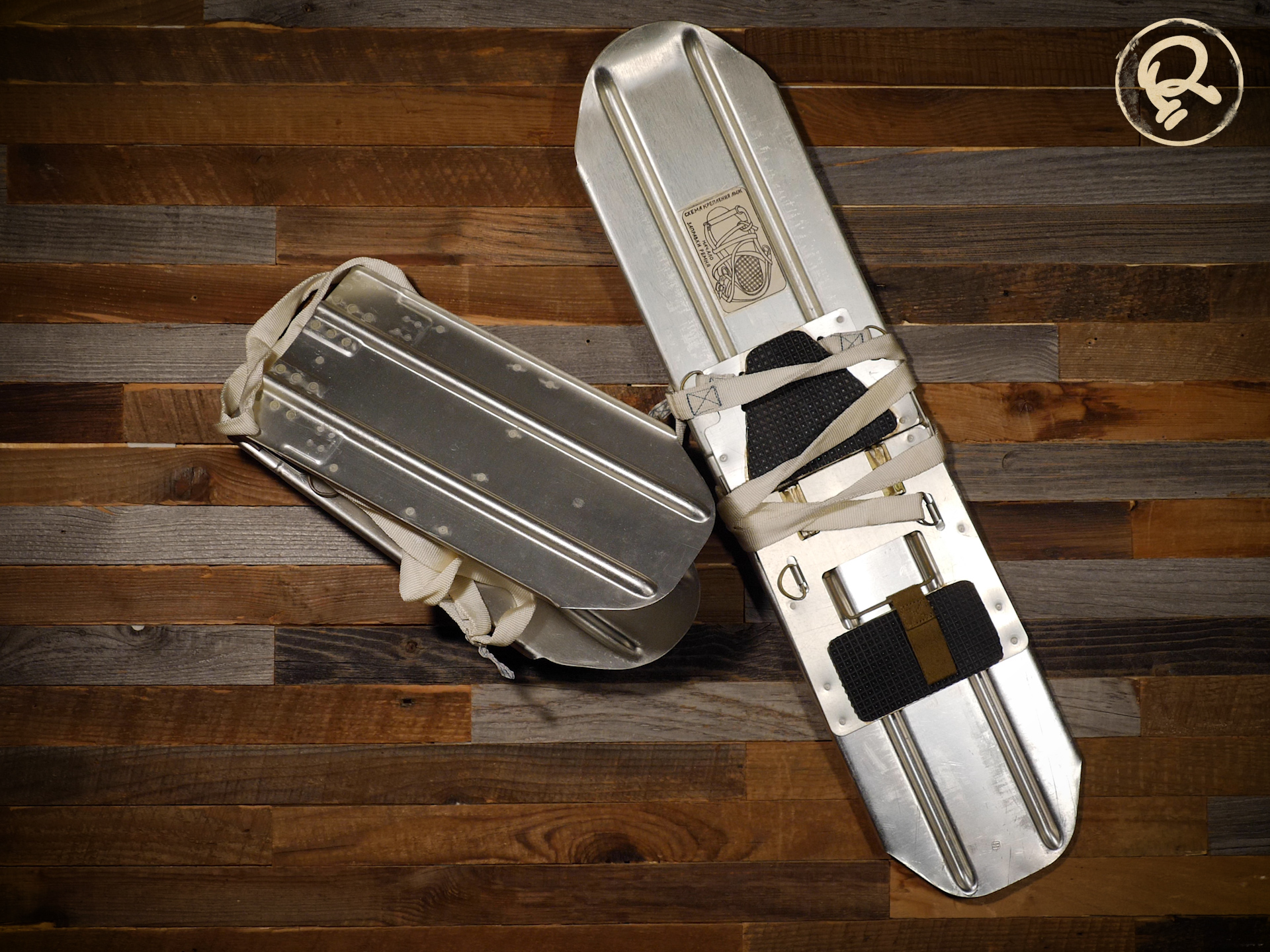 Venturing into space aboard the Voshkod 2 spacecraft—a precursor to the longstanding Soyuz—their mission suffered a few setbacks. For starters, Leonov’s space sit had inflated during his spacewalk, making it impossible to reenter the airlock. The suit became so rigid that he could barely move his joints to release some of the air. When they did manage to return to Earth, a series of malfunctions resulted in them landing 240 miles off course in a desolate region of Siberia. Stranded in the icy forest during bear and wolf mating season, they were keenly aware of the dangers they faced. It was two nights before they were able to ski to a site for helicopter extraction.

Once safe in the halls of the cosmodrome, Leonov had some requests for the survival kits. These suggestions eventually emerged as a weapon built exclusively for cosmonauts: the TP-82 Cosmonaut survival pistol, a three-barreled shotgun-machete hybrid. The firearm was capable of better defending against Siberian wildlife and could be used to hunt or signal for help. The top two of the barrels on the gun fired 28 gauge shotgun ammunition as well as signal flares. The centered barrel on the bottom was sized for 5.45 x 39 mm ammo for long-range firing. If bullet supplies were depleted, the stock of the weapon was attached to a machete. 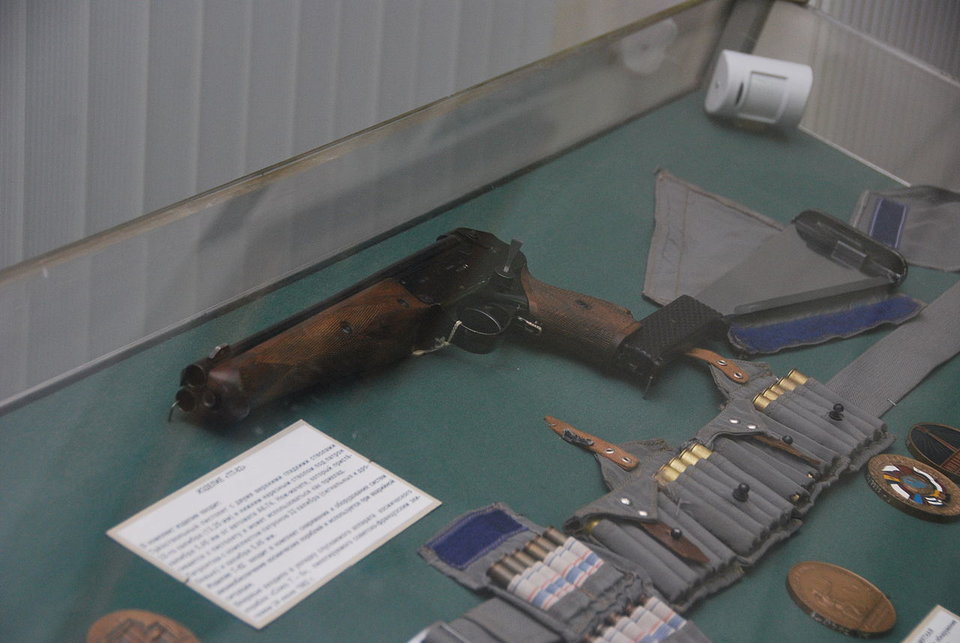 This unique piece of combination technology was carried by cosmonauts into space and back from 1986 to 2007. Though it was eventually phased out of production—and usually taken as a souvenir by cosmonauts—Russians still carry firearms into space—including aboard the International Space Station.

Though it’s unknown whether a cosmonaut ever had to defend themselves from a bear or hostile, they have insisted on training American astronauts they take into space with the TP-82. Astronaut Jim Voss recalled being aboard a Russian model spacecraft in the Black Sea firing at an “amazing number” of vodka bottles for target practice.