Fools often knew more about what was going on in the court than the king. 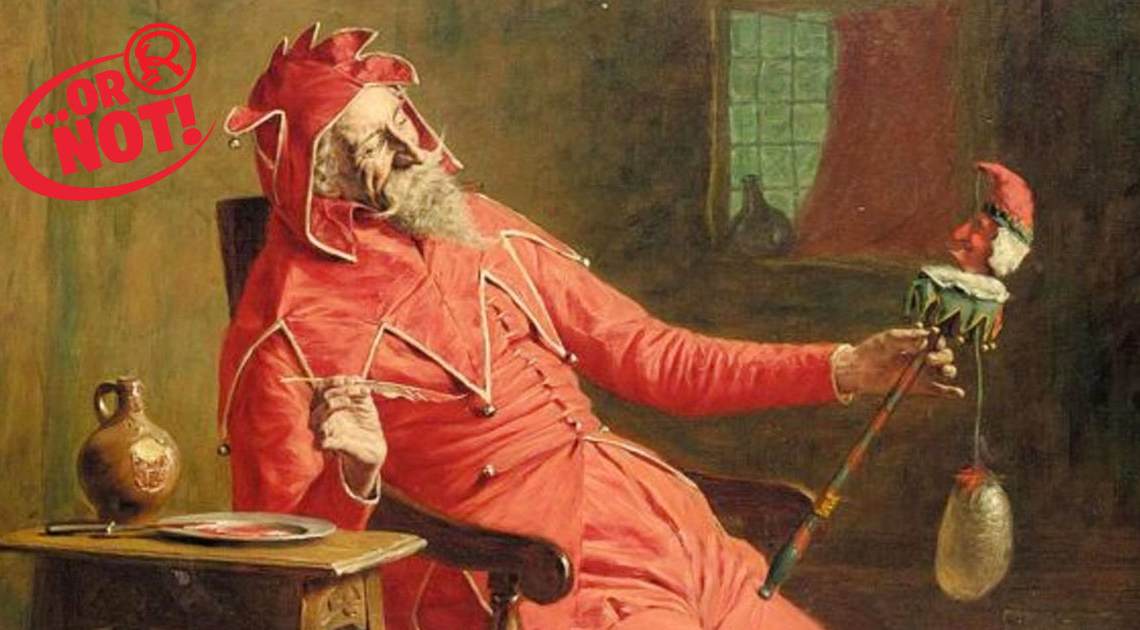 The Kings and Queens of history have been a confusing bunch, haven’t they? They’ve been respectable, knowledgeable, worthy leaders, and they’ve been shockingly unfit-to-rule disasters. They’ve been as dignified and restrained as Queen Elizabeth II, and they’ve gorged themselves until they were horribly rotund like King Henry VIII.

Heck, Henry VIII was both, if you compare the way he composed himself as a Prince with his later behavior as King.

There are a lot of misconceptions around monarchs, and around a particular member of their entourage: the court jester. This much-maligned figure of fun is often portrayed as somebody we laughed at, rather than laughed with; the clowns of the past in their silly, bell-adorned costumes.

In fact, they were often highly intelligent, savvy entertainers. Before we take a look at what they really were, though, let’s take a closer look at how the court jester tends to be portrayed. 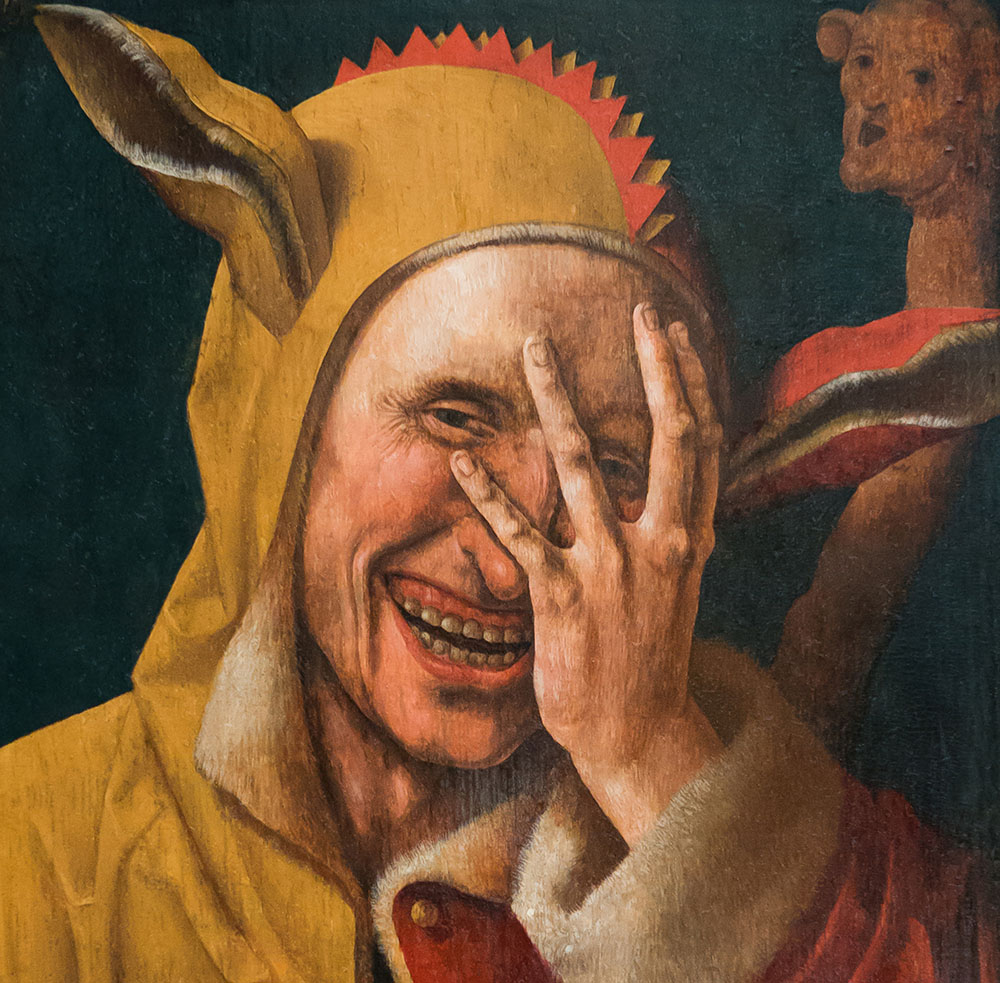 Today, the concept of the court jester often evokes images of somebody who would humiliate themselves for the enjoyment of others. Somebody whose foolishness we could take advantage of, have cruel laughs at.

A lot of sitcoms have a ‘comic relief’ character, where the source of the humor comes from the fact that they misunderstand what the group at large is talking about or doing. Think Homer Simpson, Joey Tribbiani of Friends or Woody from Cheers, for instance. Barely a brain cell to rub together between them, but some of the funniest characters in their respective shows. Again, though, we’re often laughing at them, not with them.

If this how jesters were seen? As people to point and laugh at, like cruel schoolchildren when somebody accidentally calls the teacher ‘mommy’ in first grade? That’s a sweeping generalization, and far from the truth. In reality, the words fool and foolish tend to be misused. To Shakespeare, these people were geniuses!

Stańczyk, by Jan Matejko.
The Polish jester is the only person at a 1514 royal ball troubled by the news that the Russians have captured Smolensk.

As Chris Wiley writes in his ‘Fooling Around: The Court Jesters of Shakespeare’, “Shakespeare wrote many “fools” into his plays, most of whom were treated respectfully… Distinctions must be made within the category of fools, however: clowns, who turn farce into a precise science (think “pie in the face); dunces, who turn their lack of intelligence into a medium for humor; and finally the princes of fooling, the court jesters, who turn fooling into a respectable profession.”

That’s the key thing, here: the court jester, ridiculous as they may look and act, was a crucial and respected member of the court. In fact, they were sometimes given the role of advisor to their King or Queen, relaying information that others dare not.

In one famous case in 1340, King Philippe VI’s French fleet has been soundly smashed in a battle with the British navy. His jester was tasked with bringing the King the news, and, carefully considering his delivery, told him, “they don’t even have the guts to jump into the water like our brave French.” Here’s one example of the true role of a court jester: combining their silly antics with wit and a vital role at their monarch’s side.

It’s no surprise that we’ve got such a confused idea of what the life of a court jester was all about. After all, they did so many things! It wasn’t all making off-color jokes and jingling your bells. That was just an occasional part of their duties. Even the richest nobles and monarchs weren’t constantly throwing banquets for them to perform at, and they wouldn’t want the same person performing the same routine all the time anyway.

As a result, History Extra reports, “medieval jesters only performed occasionally. The rest of the year, they were expected to carry out other duties in the household, such as being keeper of the hounds, or traveling to markets to buy the livestock to feed the family, their servants and their men-at-arms.” 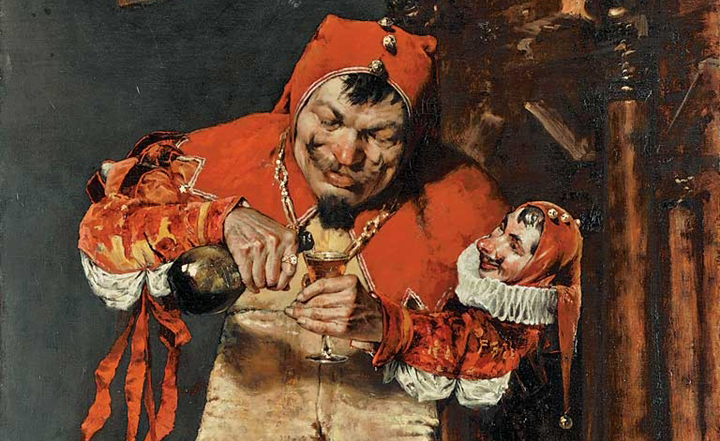 There you are, then. As we can see, being a “Fool” sometimes required you to be very, very un-foolish.

When all is said and done, though, things aren’t as cut and dried as they may seem. Court jesters often were highly intelligent, contrary to popular belief, but the classic image of the poor soul who’s the butt of all the jokes (as well as the source of them) isn’t necessarily 100% wrong either. History Extra sums the whole thing up best, explaining that distinct kinds of fool emerged during the Middle Ages.

“The professional fool employed by a nobleman was usually very astute, educated and generally wore normal clothes, like their masters, rather than the classic fool’s costume,” they explain.

At the same time, though, “wealthy or noble families also adopted men and women who had mental illnesses or physical deformities, keeping them almost as pets for their amusement… Often referred to as ‘innocent fools’ and also given titles such as ‘the Queen’s fool’ or ‘Lord X’s fool’, they were not paid, just provided with food, clothes and a place to sleep on the floor.”

The stark contrast here just goes to prove: you can’t judge a book by its cover, or a fool by their foolishness.

Previous post The Most Dangerous Festival In The World: Onbashira