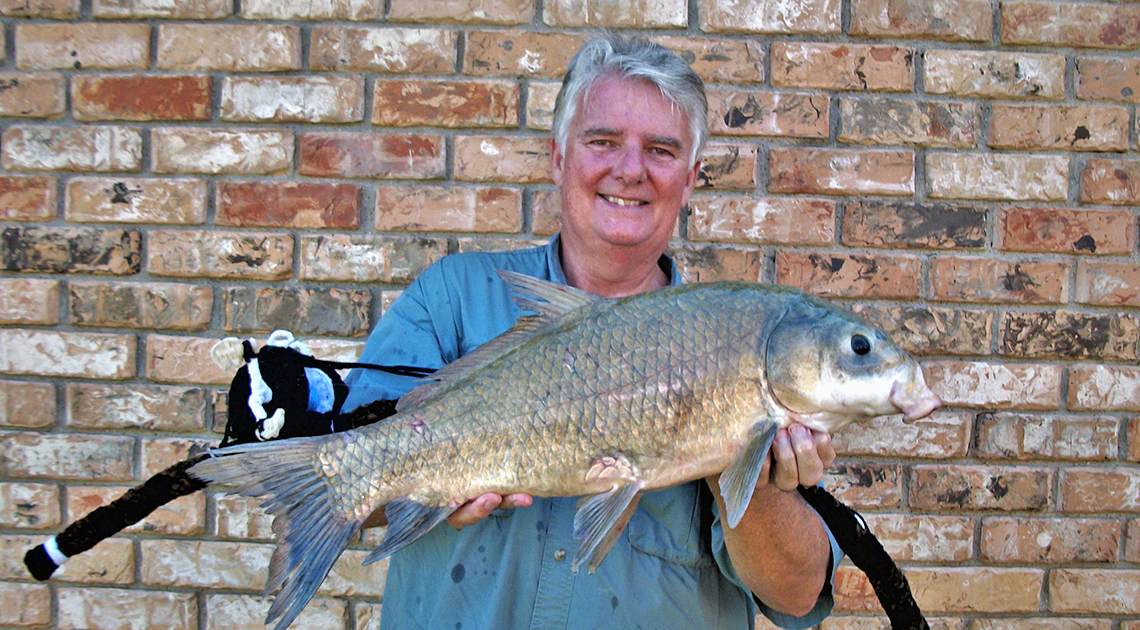 Our latest annual, Ripley’s Believe It or Not! Mind Blown! is full of some truly unbelievable Fan Feed submissions. From a painting parrot to shark teeth dentures to quite an innovative fisherman, we’re always elated to feature unbelievable people and unusual feats from all over the world.

Barry Osborn, the fishing aficionado from Granbury, Texas, had us especially hooked! Believe It or Not!, Osborn spent more than 50 hours crafting a functioning fishing rod and reel using nothing but pipe cleaners—1,500 of them!

Osborn is the recipient of more than 350 fishing awards and records. According to the Texas Parks and Wildlife Department, he holds more state records than any other person in history—a whopping 93 to be exact—along with an astonishing 40 world records! At the time of publication, he hoped to catch a record-breaking fish with the pipe cleaner rod and reel next.

Low and behold, Barry has already achieved that goal, setting both a state and world record with his catch! 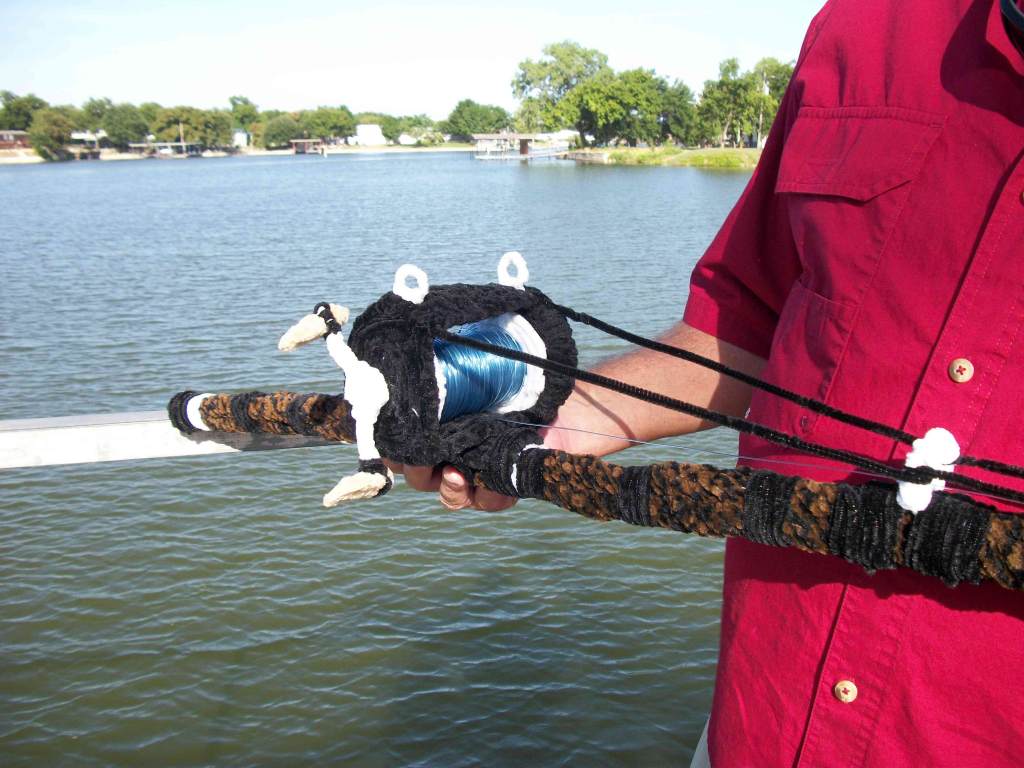 We recently reached out to Barry to learn more about his journey to fishing-world domination and how catching a fish with pipe cleaners works in action.

Q: When did your love for fishing begin and how did it lead to your current record-breaking status?

A: From a very early age I wanted to be involved with wildlife. I received a Bachelor of Science in Wildlife Biology from Arizona State University and a Master’s in Wildlife and Fisheries Science from Texas A&M University.

I started fishing when I was 8 and became interested in a wide variety of fishing techniques including fly fishing. I started concentrating on fishing records over a decade ago.

My quest for records started when I caught a jack crevalle that would have been a world record and state record, but I did not know enough about fishing records to record enough information to document it.

Over the years I have become an expert on fishing for records and recently wrote a book titled, The Art of Fishing for Records. I have achieved fishing records with a rod and reel, fly rod, bow and arrow, handline, and even Plnor fishing (a pole and line no reel fishing technique that I developed.)

Q: What inspired you to use pipe cleaners to build a fishing pole?

A: The creation of the pipe cleaner rod and reel resulted from my interest in creating different fishing techniques and earning fishing records. I created a small version of a working rod and reel during a leadership training exercise, and several people said I should catch a fish with it.

Instead of using that small version, I decided to create a full-size rod and reel that would fully function and allow me to qualify for a record catch, if I landed a record fish. What I thought would be a simple exercise resulted in utilizing over 1,500 pipe cleaners and took over 50 hours to complete. 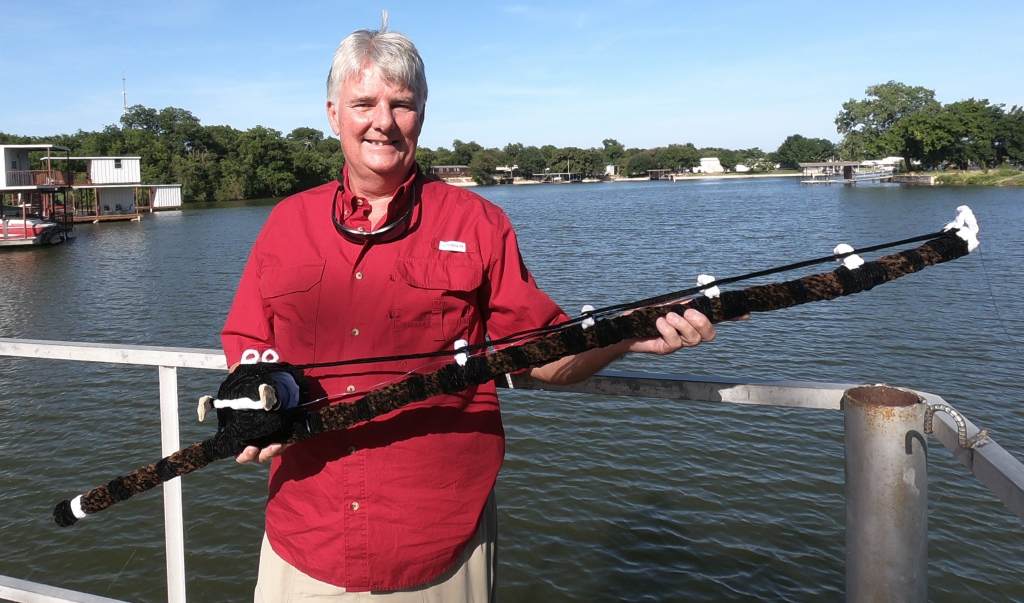 Q: How is using a pipe cleaner rod and reel different than using a standard fishing pole?

A: The line and terminal tackle were exactly the same as using a conventional rod and reel. Casting, retrieving line, and fighting the fish were different.

Because the rod is made entirely of pipe cleaners it is not stiff, casting was basically just a flipping technique. Retrieving the line involves turning the handle like a regular reel, however, the line comes in on the bottom of the spool instead of the top of the spool since the gears do not reverse the retrieve. 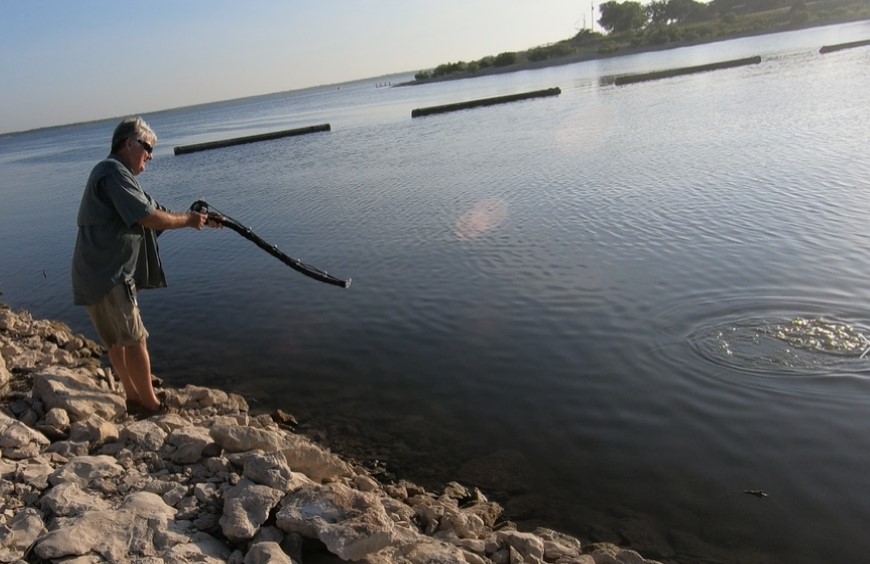 The function of the rod is also in reverse since the rod is not stiff. The fish action using the rod works by the fish pulling against the weight of the pipe cleaner rod. The retrieve is also very slow, since turning the handle only moves the line a few inches at a time.

Q: Can you tell us more about the experience of catching this record-breaking fish?

A: I have a great deal of experience in catching fishing records and know a lake where I thought I could catch a Line Class Record fish with the pipe cleaner rod and reel. I targeted a fish species called a black buffalo. They come relatively close to shore on one side of the lake, which is what I needed because of my limited casting ability with my pipe cleaner rod and reel.

I hooked the record black buffalo with a range cube as bait. Things were going pretty well until the fish pulled so hard it jammed the reel and hung up in the rocks. After some quick work to adjust the reel, I was able to resume reeling and free the fish. I was then able to, very slowly, work the black buffalo to the bank.

It took approximately 30 minutes to land the fish. I caught the black buffalo with a 16-pound test line, and it weighed 9 pounds 3 ounces. The Line Class World Record fish was caught on Lake Whitney, Texas, August 11, 2019, and is listed in the Fresh Water Fishing Hall of Fame and Museum in Hayward, Wisconsin. 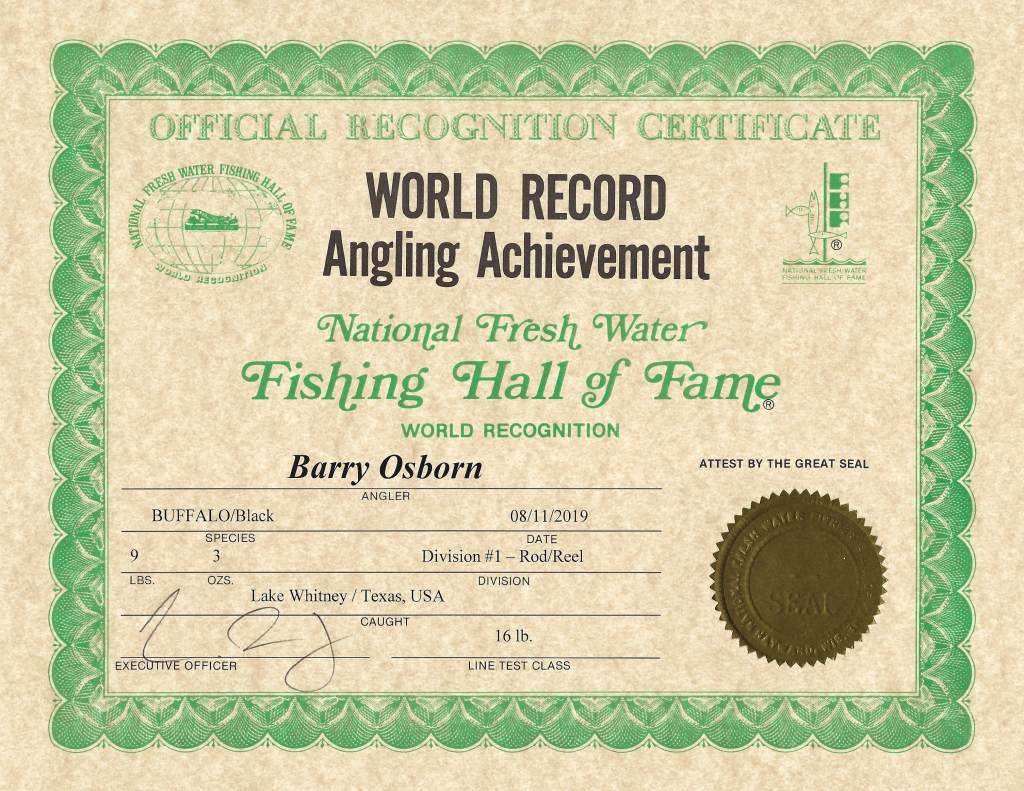 Do you have an unbelievable feat of your own? Submit your Believe It or Not! to us for a chance to be featured in the next Ripley’s annual! Catch Barry’s full story and more fan submissions inside the pages of Ripley’s Believe It or Not! Mind Blown!