Mother-of-pearl? It's a grimy parasite. 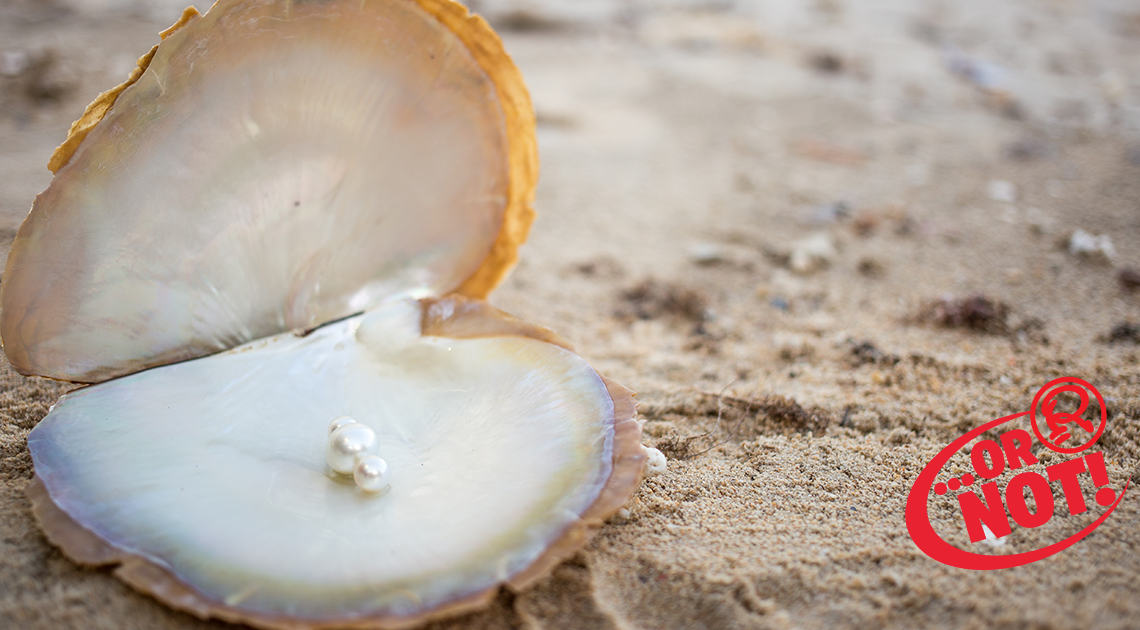 Throughout history, the notion of an oyster’s pearl being born from a grain of sand has produced a sense of romanticism and magic appeal. The making of a pearl stems from a process that has been quickly popularized and to some, may seem like common knowledge. It would be quite a challenge to find someone who has not heard of the legendary transformation from a mere grain of sand to a valuable gem. But in reality, this is far from the truth. So how exactly does a pearl come to be? 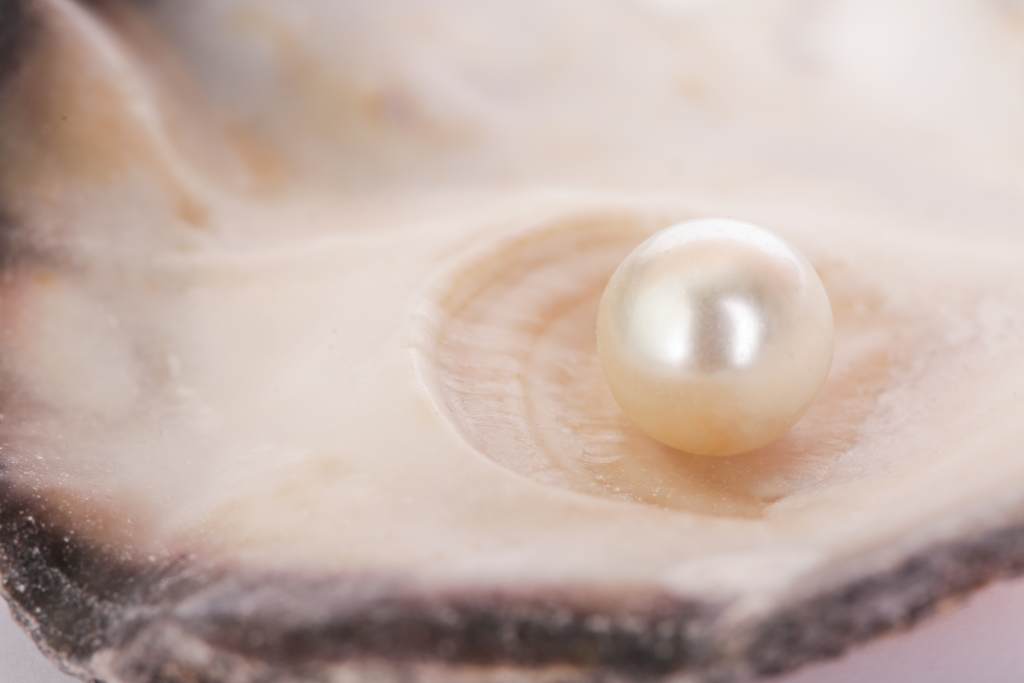 It Doesn’t Add Up

It is true that when an irritant works its way into an oyster—or any mollusk for that matter—it is gradually coated in layer after layer of richly lustrous nacre. This is the mollusk’s defense mechanism to protect its body from intruders. The process will eventually form a pearl after several years as the layers surrounding the irritant get thicker. But, is the grain of sand the common irritant?

Mollusks live at the bottom of the ocean floor—a habitat covered in endless miles of sand. Through the movement of waves and other sea creatures, not only does sand coat the ocean floor, but it floats amongst water as well. If sand were the common ingredient behind every shimmering pearl, the ocean would be filled with these prized and precious gems. It’s also quite an uncommon occurrence when debris, or any other irritant, does make its way into the mollusk’s shell, proving the pearl to be a true rarity. 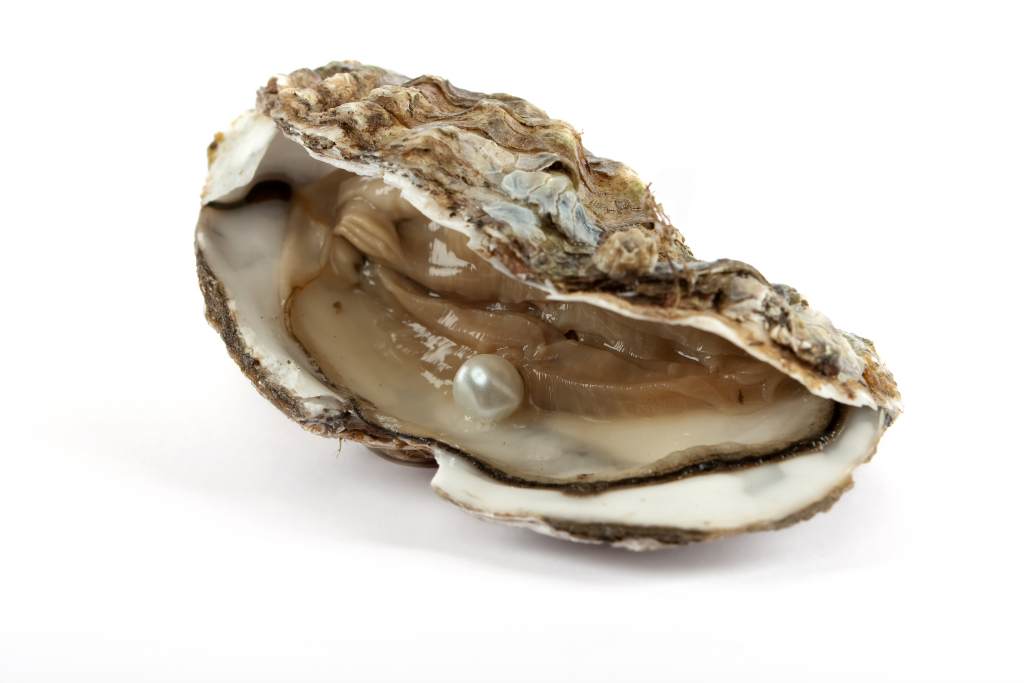 Now that we know the main ingredient of a pearl is more than a measly grain of sand, we must ask, what irritant is responsible for the pearl’s beauty? The answer is a biological intruder: a parasitic organism. When an aggressive parasite manages to bore through a mollusk’s shell, it wedges itself deep within the organs and soft tissues. The mollusk is triggered to defend itself using its mantle to form a barrier between the parasite.

The mantle is a very unique secretory organ that covers the inside of the mollusk’s shell and is in charge of producing the mesmerizing pearly substance known as mother-of-pearl, or nacre. Coating the intruders with nacre, the mantle adds many layers of protection and eventually turns the grimy parasites into shimmering pearls. A mollusk can typically secrete 3 or 4 concentric layers of nacre each day, which would measure to be around one, one-thousandth of a millimeter—or one micron—making the layers very thin. It takes at least two years for a mollusk to produce a natural pearl of any substantial size—3-5mm. In addition to this lengthy process, the odds for the production of a natural pearl are about one in 10,000 mollusks, at best. This explains why pearls are extremely rare and can fetch very high price points. 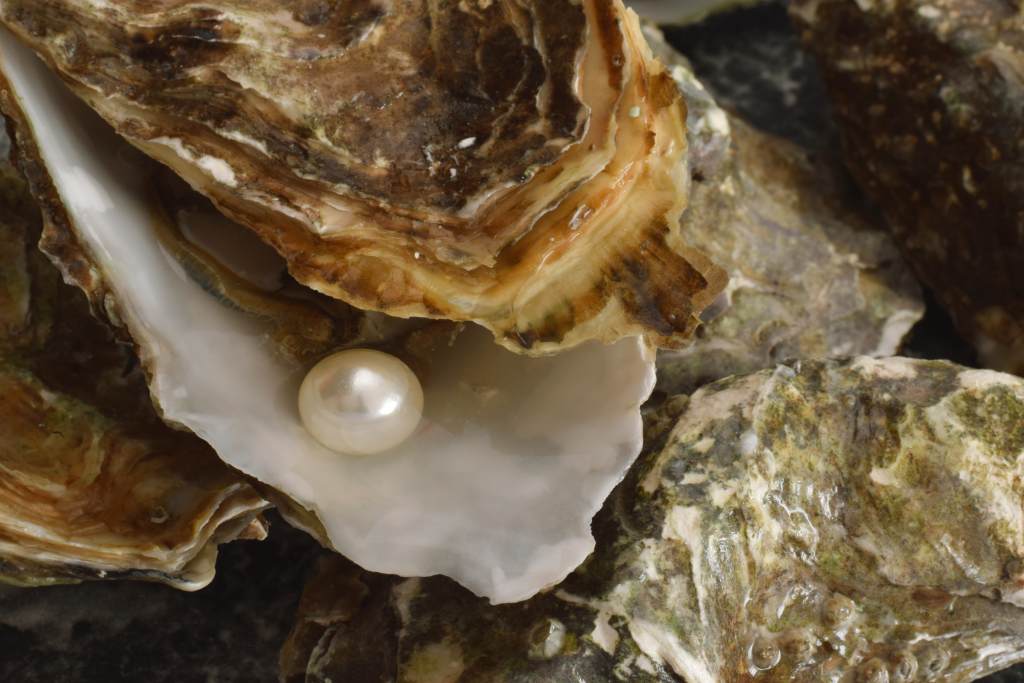 From this interloping irritant and years of work, a precious gem from the bottom of the ocean is born. Some would wish for the simplicity of a grain of sand but, like many things in life, the process behind a pearl is far more intricate and astounding.

The world is your oyster, so grab it by the pearl!

Previous post Ramses II: The Mummy Who Had To Get A Passport