Turnip-men, murderous frogs, and cats could have become the hallmarks of Christmas instead of reindeer, elves, and Santa! 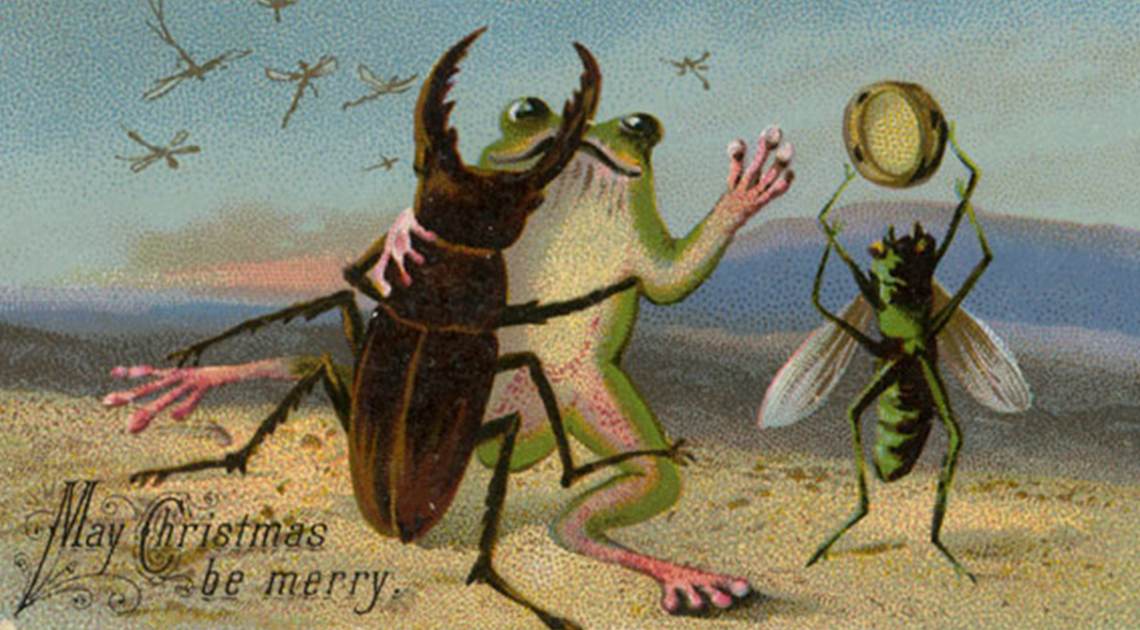 Even with the proliferation of cell phones and electronic mail, it’s estimated that more than two billion Christmas cards will be sent through the mail this year. Believe It or Not!, this tradition was all planned by a postmaster hoping to raise holiday revenue.

The Card That Started It All

The first Christmas cards were produced in 1843 by Sir Henry Cole. He printed a thousand Christmas cards, charging a full shilling each. The cards were printed as lithographs, then hand-painted. Illustrating holiday controversies are nothing new, people had a lot of strong opinions about the first Christmas card. Some felt the card promoted drunkenness and chastised it for putting wine in the hands of children. While three generations of a single family sit around a table drinking to their health, the sides depict them feeding and clothing the homeless. 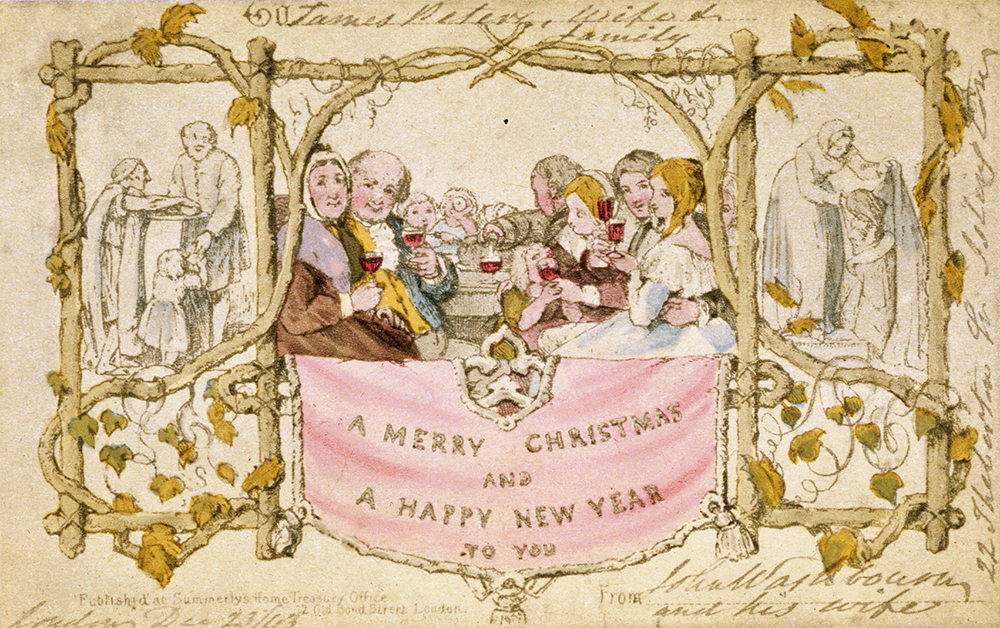 The practice took a few years to catch on, finally becoming extraordinarily popular when the postal service introduced a half-penny stamp for sending the cards around 1870.

People at the time had nothing to base the content of their Christmas cards on. Hallmark wouldn’t be established until 1910, and images of Santa Claus hadn’t been commercialized yet. With nothing to guide their hands, people came up with some very strange—and very creepy—Christmas cards. 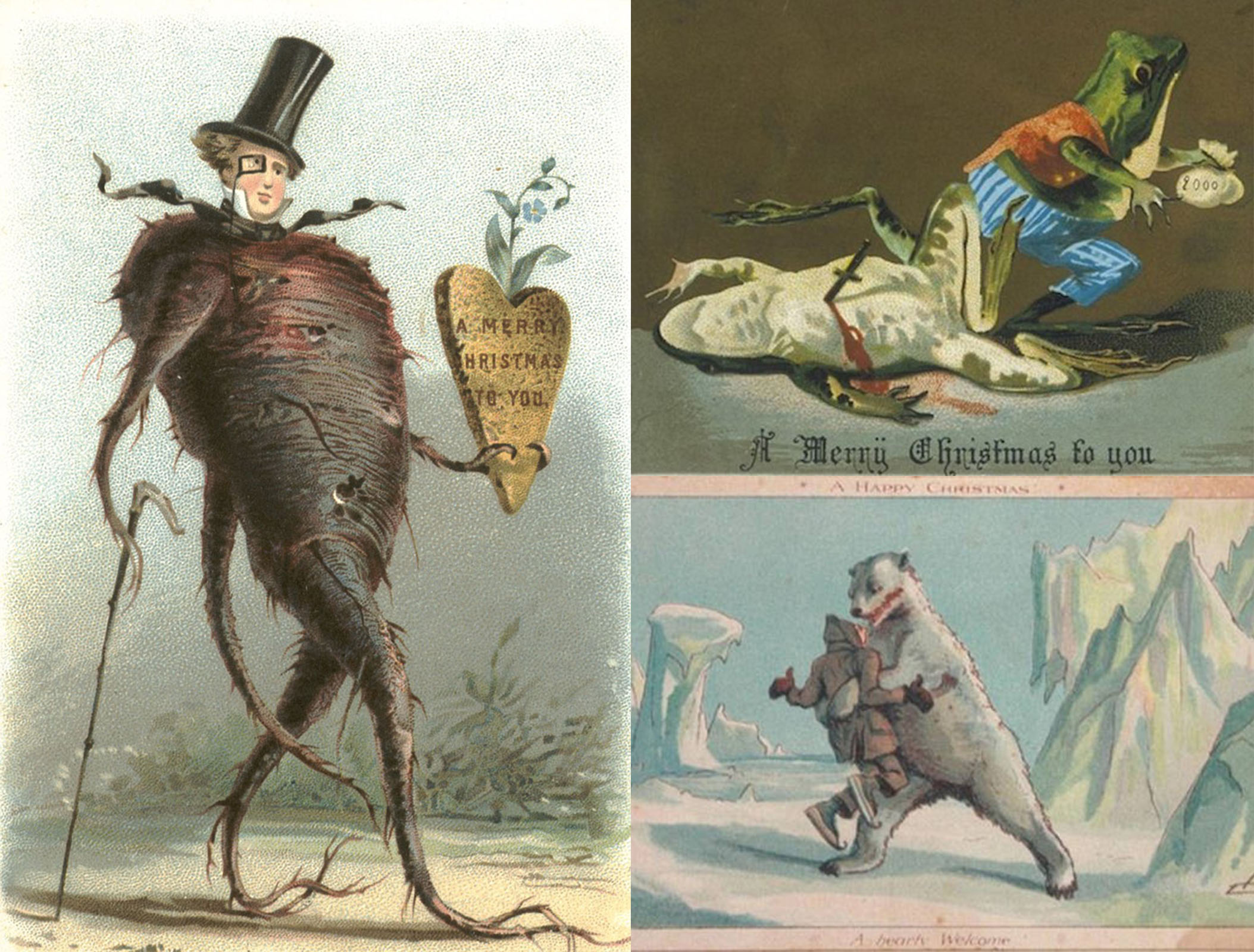 Have Yourself A Creepy Little Christmas

In another timeline, it seems that turnip-men, murderous frogs, and bloodthirsty polar bears replace reindeer, elves, and Santa Claus as Christmas hallmarks. At this point, Christmas was still a fairly new thing to be celebrated at all, and without the codified pantheon of characters we’re used to today, artists came up with all kinds of wild images and scenes to wish people a merry Christmas. 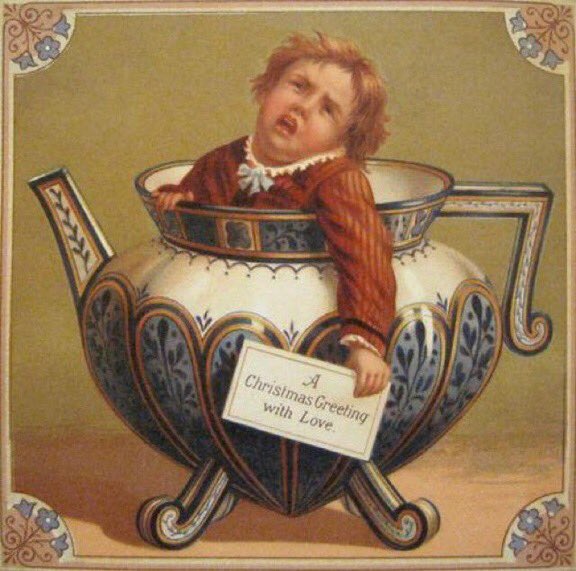 Though many cards seem to be capricious one-offs, a few themes did emerge. Dead birds in many of these cards are thought to either represent the plight of the poor—who were likely to die in the cold winter streets—or to be a more general symbol for the winter season. 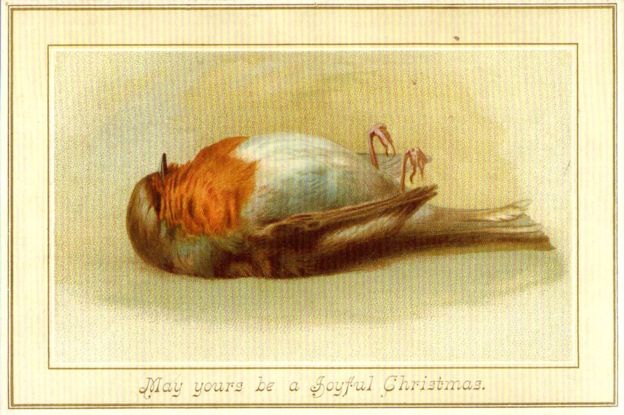 As for kittens, frogs, and other weirdness? Victorians liked them because they were entertaining. In Victorian England, life expectancy was low and it was common to see funerals going on every day. While depictions of death have thankfully fallen out of the Christmas spirits, it’s much easier to identify with their love of cat photos. 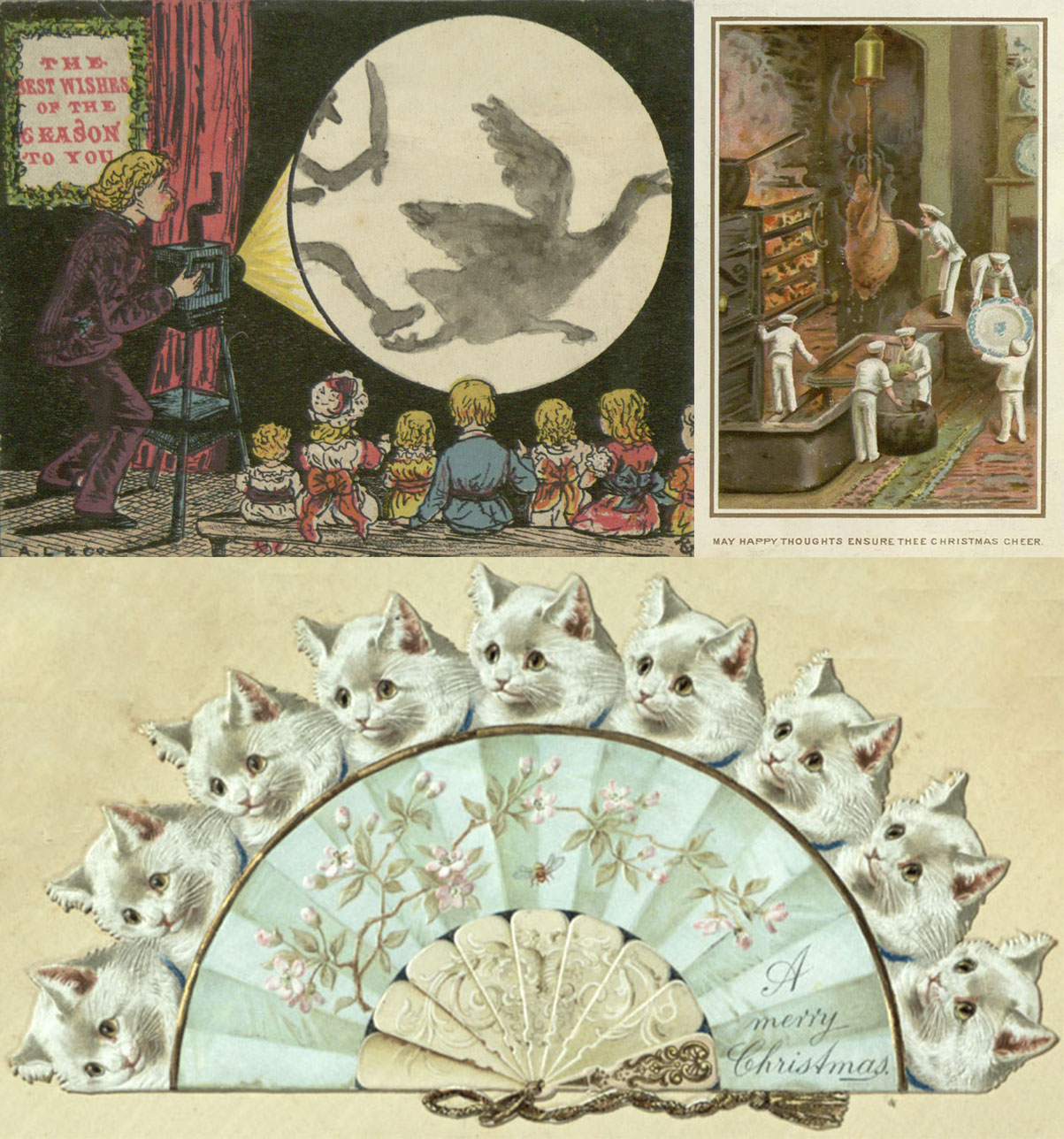 Next post Painting While Skydiving Is No Easy Task