Half a century after skyjacker D.B. Cooper leapt out of a Boeing 727, taking $200,000 in cash with him, crime historian Eric Ulis is picking up where the FBI left off in solving this infamous crime. 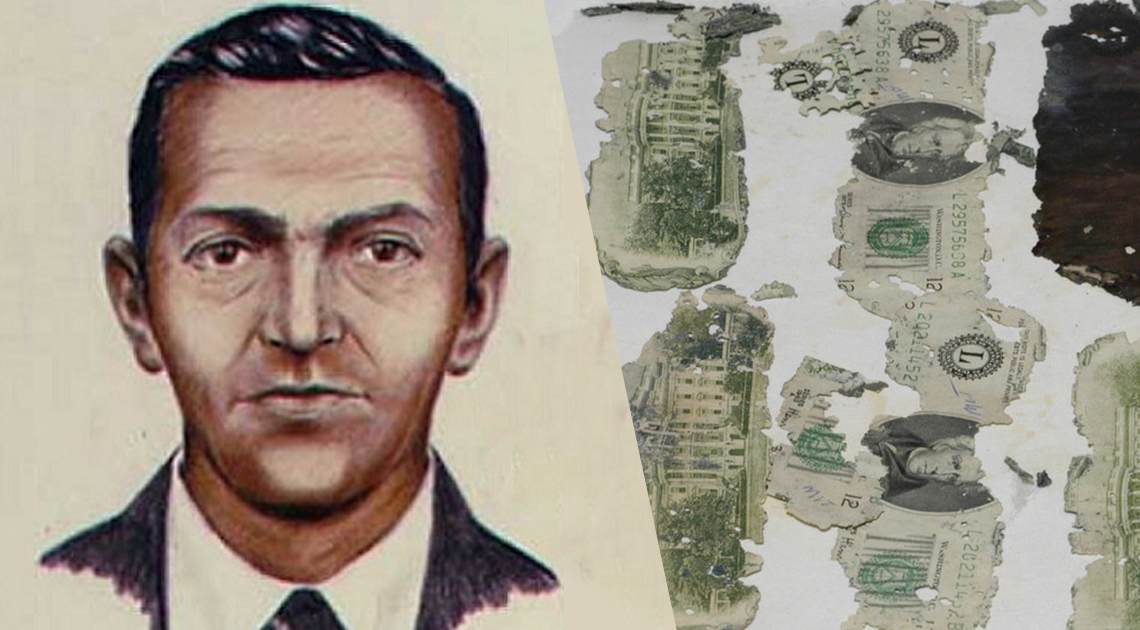 Artist rendering of so-called D.B. Cooper. Courtesy of the FBI.

It’s been half a century since skyjacker D.B. Cooper leapt out of a Boeing 727 and into the rainy Northwestern abyss, taking $200,000 in cash with him. While the FBI may have given up the pursuit of the ransom five years ago, crime historian Eric Ulis is picking up where they left off in the hunt for the buried treasure.

On November 24, 1971, a man in his mid-40s sporting a suit and dark sunglasses boarded a $20 Northwest Orient Airlines flight from Portland to Seattle and took his seat in the rear of the plane. Around 3:00 p.m., the man, who booked the flight under the name “Dan Cooper,” slipped a flight attendant a note that read, “Miss, I have a bomb and would like you to sit by me.” While we could think of some better ways to get a lady’s attention, his note was certainly effective, and she did as asked, only for him to then demand $200,000 in cash along with four parachutes. The skyjacking had begun.

At his direction, the plane landed as planned at Seattle-Tacoma International Airport, where he was granted his request before sending 36 of his fellow passengers and two flight attendants on their merry way. Their journey may have ended, but Cooper had more in store for the remaining attendants and pilot, who was ordered to take off again, this time flying low and slow en route to Mexico City with a quick pit stop in Reno, Nevada.

Shortly after reaching 10,000 feet in the air, Cooper grabbed his suitcase full of bills, strapped on his parachute, lowered the rear stairs, and said sayonara to his hostages before jumping out into the night sky somewhere over southwestern Washington, never to be seen again. 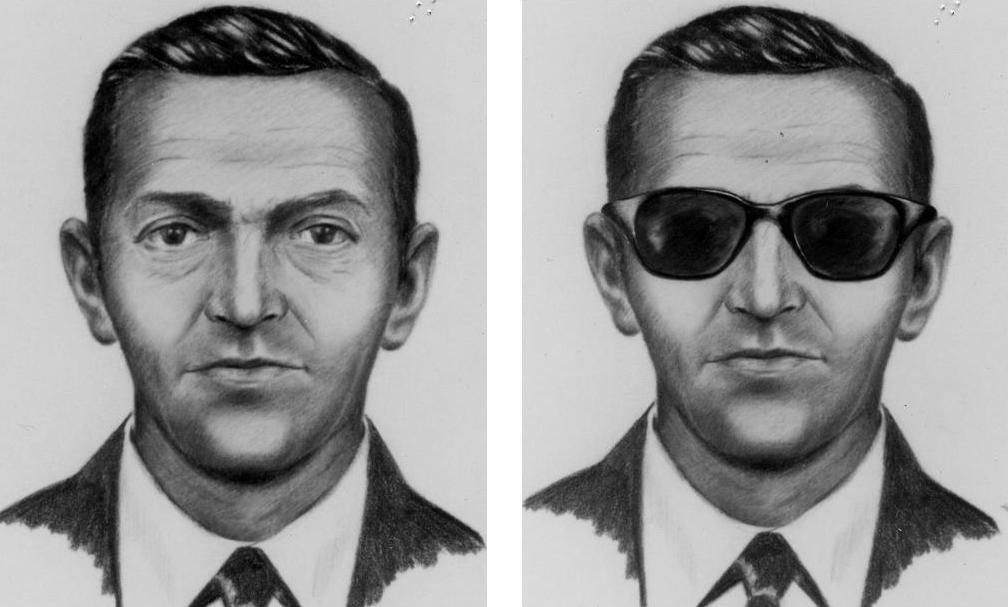 Artist rendering of so-called D.B. Cooper. Courtesy of the FBI.

In the decades since the sky heist, the FBI and amateur investigators have searched high and low for the mysterious “D.B. Cooper” — an alias created early into the investigation due to a misidentification on an early wire-service report — to no avail. It is now considered one of the longest, most exhaustive searches in FBI history and one of the most infamous unsolved heists of all time.

In fact, the only evidence ever discovered was nine years after the crime in 1980, when $6,000 in $20 bills with serial numbers matching Cooper’s cash were found not by skilled sleuths but rather by a child digging on a Columbia River beach. While the discovery indicates that Cooper may have buried the money, there is much debate about whether he would have even survived the jump, even if he was an experienced skydiver.

Embed from Getty Images
After 45 years of chasing countless theories about Cooper’s fate, the FBI closed the case in 2016, as they had exhausted their resources following all credible leads, available evidence, and witness testimonials and needed to put their energy into solving other crimes.

Oddly, digging up the area further away from the shore where the $6,000 was found was not part of this exhaustive search. Instead, the FBI only dug near the river’s edge, possibly believing the money had washed up there — a misstep that author, documentary filmmaker, and D.B. Cooper expert Eric Ulis believes to be critical in solving this mystery.

Embed from Getty Images
Ulis has a number of theories about what went wrong in the investigation, from the FBI miscalculating Cooper’s drop zone due to incorrect information given by the U.S. Air Force interceptors who trailed the hijacked plane to a hunch that Cooper may have buried the money and parachutes in small holes along the beach.

“In totality, this theory ultimately explains how D.B. Cooper managed to avoid capture. Simply put, the authorities were looking in the wrong area,” Ulis explained on his website.

Last Friday, Ulis began his efforts to prove these theories with a live-streamed dig of a 600-square-foot area about 20 to 50 feet away from where the money was discovered. Working as a four-person team, Ulis and company got to work clearing out a two-foot layer of rocks and dirt added to the area by its landowners as a means to prevent erosion. Ulis anticipates that the dig will be complete as soon as September.

We would not want to be the FBI agents on the case come September if Ulis’ theory holds true!

Next post The Prequel To Pancakes: A Recipe From Ancient Rome