This Isn’t Your Grandma’s Crochet House

Over 93 miles of yarn were used to cover each house.

Have you ever seen a tea cozy? It’s a cover made for a teapot to keep the pot warm. It’s made of cloth, and sometimes it’s even crocheted. That’s what the latest art installation from crochet artist Agata Oleksiak reminds me of. But Olek didn’t crochet a cover for a simple teapot. Instead, she decided to cover an entire house from roof to floor in pink yarn.

May we present: the crochet house! 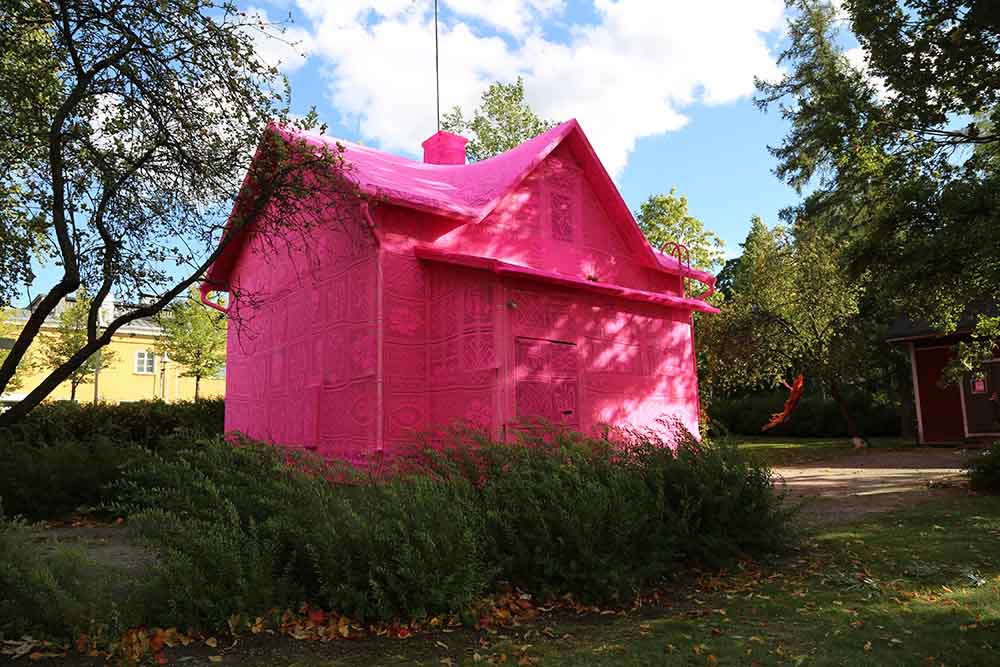 Born Agata Oleksiak in Poland, Olek specializes in crochet. She’s inspired by anything and everything she comes across. From text messages to movies, anything she sees could end up in crochet form.

Olek wowed viewers before with her train covered in crochet, but now she’s taken it even further by covering an entire house.

She’s covered two houses in fuzzy pink warmers, one in Sweden and one in Finland.

The Finnish house was built in the early 1900s and was owned by Karl Jacob Svensk. It may seem like a random selection, but in fact, Olek chose that house because during the Winter War (1939-1940), the family fled to evade bombs falling into the yard.

Luckily the Svensks weren’t displaced from their home for very long, but Olek is more interested in the act of displacement and the issues surrounding refugees.

“In 2015, more than 21 million people were forced to leave their homes in order to flee from conflicts. The pink house, our pink house is a symbol of a bright future filled with hope; is a symbol us coming together as a community.” 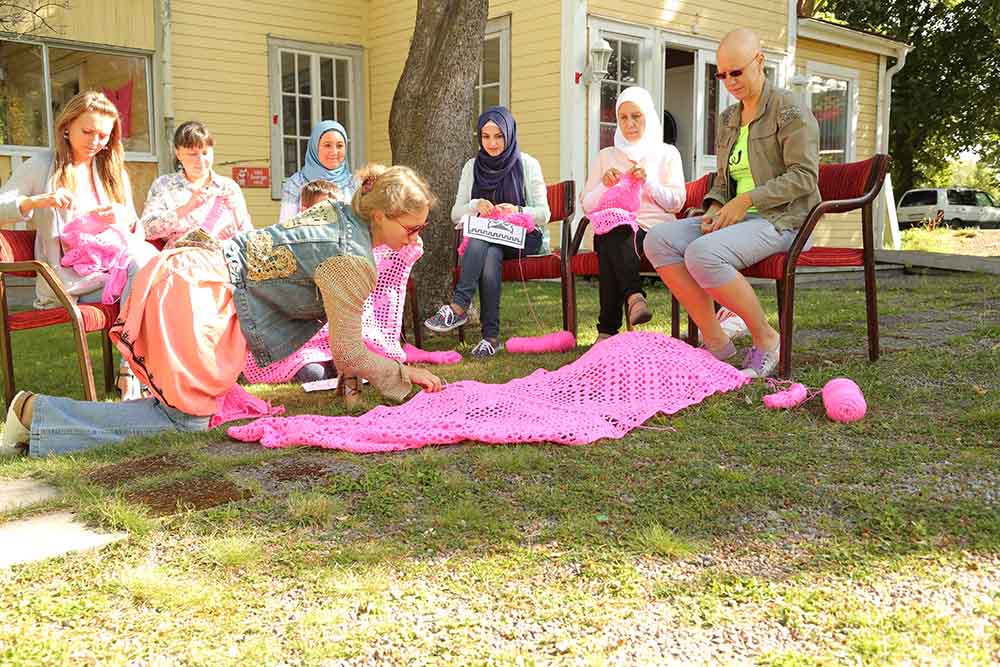 Crochet is defined as a handicraft in which yarn is made up into a patterned fabric by looping yarn with a hooked needle. It relies on patterns and repetition to master. But Olek didn’t work on the panels for the house alone. She had a team of crocheters helping her to turn 93 miles of pink yarn into something more than string.

When it came time to attach the panels to the house, a number of Syrian and Ukrainian refugees helped her with the installation. Their aid and the stories of their experience helped shaped Olek’s vision for the project. 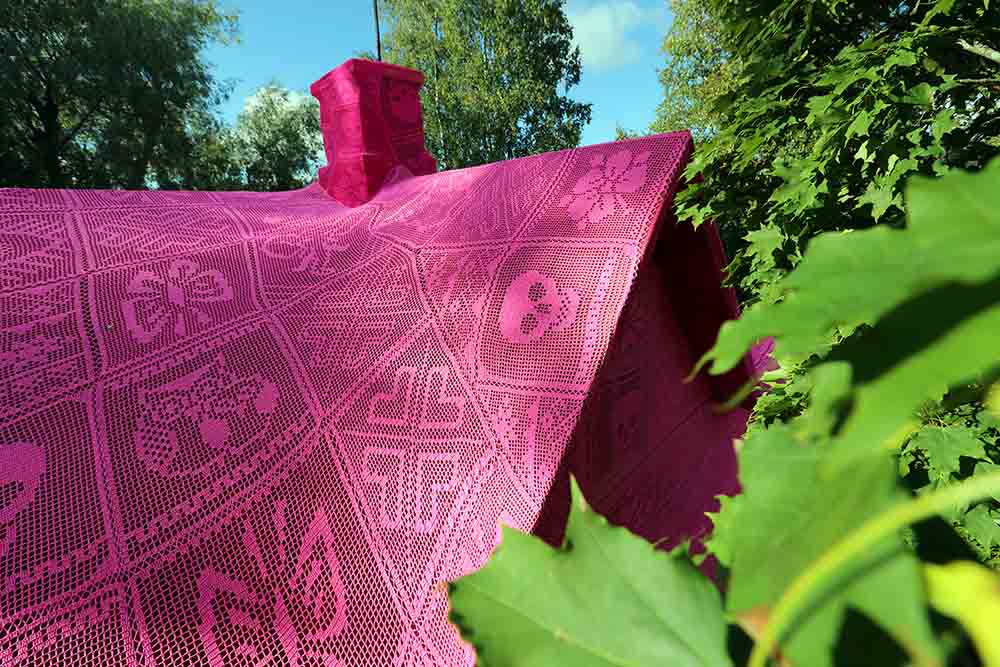 Now “Our Pink House” shines as a beacon of hope for the future and a reminder that everyone should have a home.