Crocodile Moats Are Fiction, But Bear Moats Are Not

Most moats didn't even hold water. 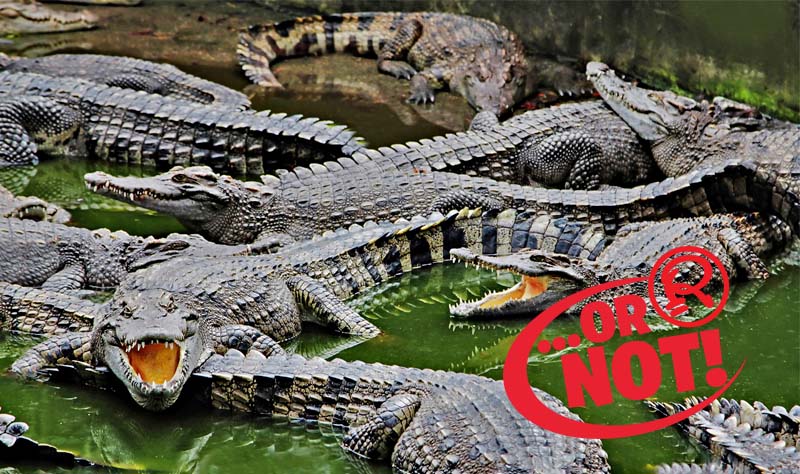 The idea of a moat imparts a sense of impassibility and danger. For one to fall into the waters of a castle moat seems to spell inevitable death at the jaws of crocodiles, the pets of a sinister count or king. Everything most of us know about moats, however, is wrong. Not only is there no record of a moat containing alligators, most moats weren’t even filled with water.

London Tower has a dry moat.

Moats were dug around castles and fortresses as a means of boosting its defenses. The trench would act as an impediment to invading forces, making them easier targets for soldiers on castle ramparts. While a moat could be dug anywhere, unless there was a nearby supply of running water, it would have been incredibly difficult to fill with water.

If the castle’s occupants did fill it with water, it likely would have quickly become a nesting site for bugs, been covered with algae, and simply turned into a putrid liability more dangerous to those inside than any invasion.

Dry moats alone protected a castle from being tunneled into or being destabilized by digging. In the old days of European castles, an effective strategy was to tunnel under a castle wall, not to invade the castle itself, but to then collapse the tunnel and undermine the wall’s structure and cause it to topple. This allowed a much larger force to invade the castle above ground.

Dry moats could also be reinforced with thistles and bushes that would hamper enemies, and warn lookouts of an incoming assault. Though water moats were rare, they too simply served merely as difficult terrain for an invading force. A more notable advantage of a water-filled moat was a reserve of water to put out fires, as well as a supply of eels and fish to eat.

While the nibbling of fish would do little to deter a soldiers advance, a slow swimmer in armor made perfect target practice for bowmen above. 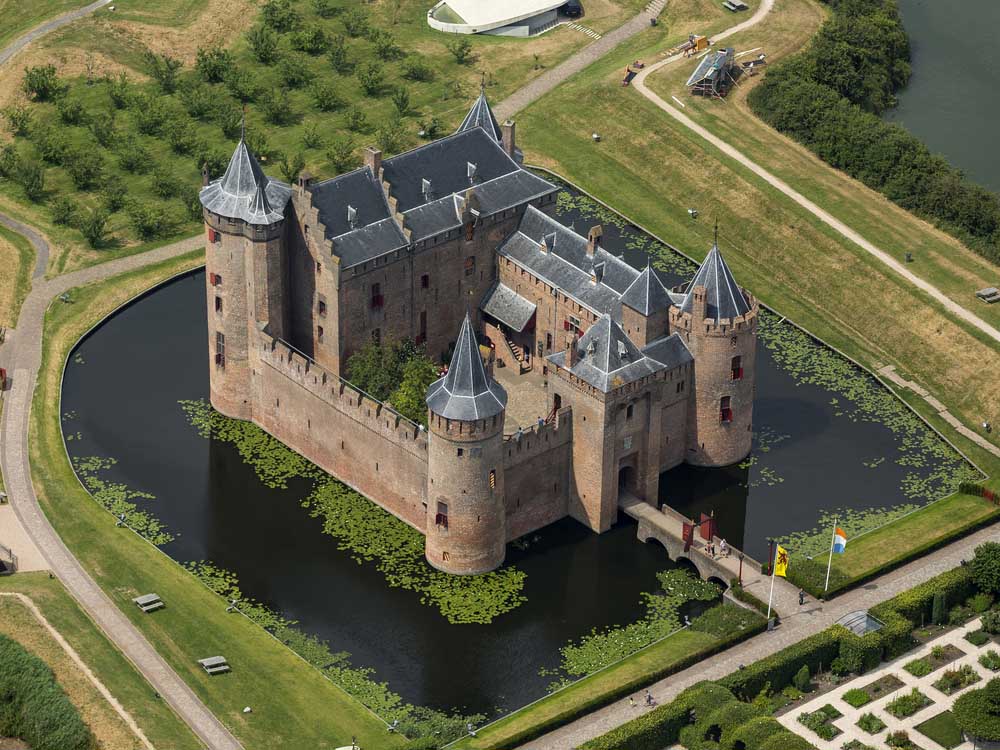 The Crocodile In Moat Story

Historians believe that a story told by 19th-century politician Benedetto Croce is responsible for the crocodile myth.

According to him, a seaside castle kept prisoners in its moat, and night after night, prisoners kept disappearing. Guards thought they might be escaping and posted an overnight watch. Instead of learning how the prisoners escaped, they watched in horror as a crocodile emerged from the sea and dragged an unfortunate soul away. Instead of slaying the croc, soldiers used him as an executor of justice. Though legends vary the origin of the toothy tyrant, one claims it was the work of Queen Joanna II.

Joanna, who was rumored to have a strong appetite for romance, supposedly went through a number of young lovers. When she was done with them, however, she would dump them in a pit under her castle in Naples to be eaten by a giant African crocodile.

This story is recognized as a myth, though Joanna’s lovers were, in some cases, stabbed to death or beheaded. When experts were touring the passages beneath the castle, they found nothing but the mummified remains of a cat. Moreover, a cold-blooded reptile likely would have never survived a winter in European climates. 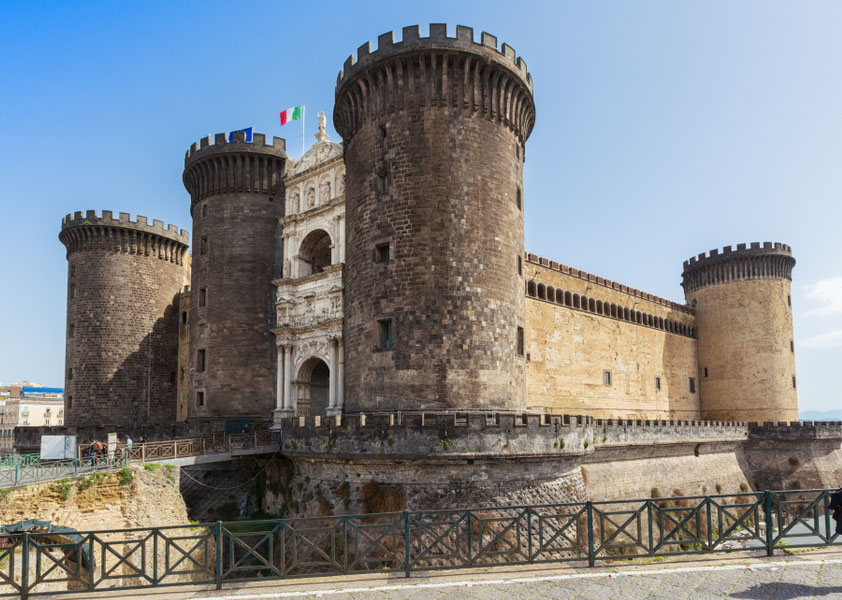 So, if moats weren’t filled with crocodiles specifically, did they contain other fearsome creatures? Moats filled with exotic animals are rare, but there is one moat that contains animal guards to this day.

The Bear Moat in Český Krumlov Castle in the Czech Republic has had ursine residents for the past 300 years. The practice started in the 16th century when Wilhelm von Rosenburg brought a couple of bears from nearby Transylvania. 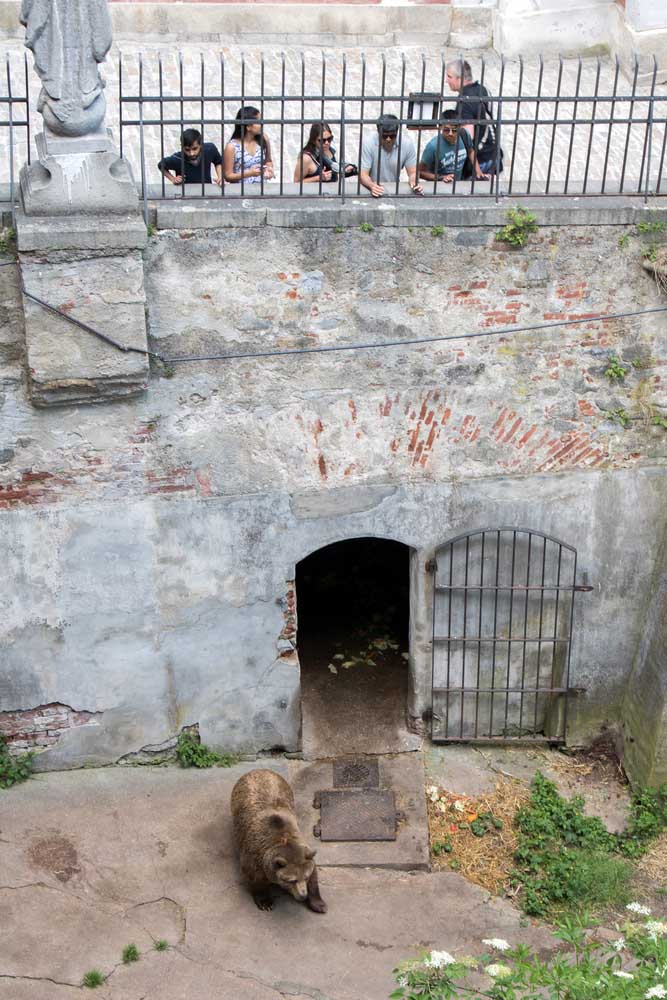