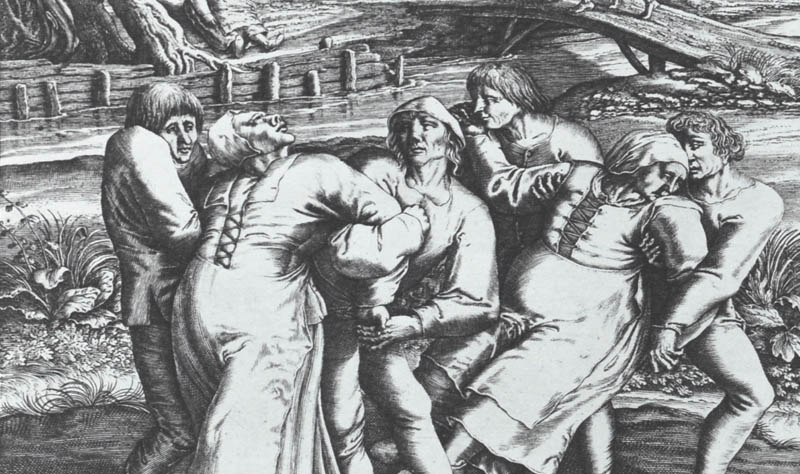 From my own experience, I can assert that dancing can indeed be contagious, but could there really have been an outbreak of compulsive dancing across small European villages in the 1400s?

Reports of dancing manias popping up in towns are widespread, ranging from Aachen, Germany, up the Rhine into the Netherlands and Belgium. Some called it St. Vitus’s dance, but it’s become most popularly known as choreomania. 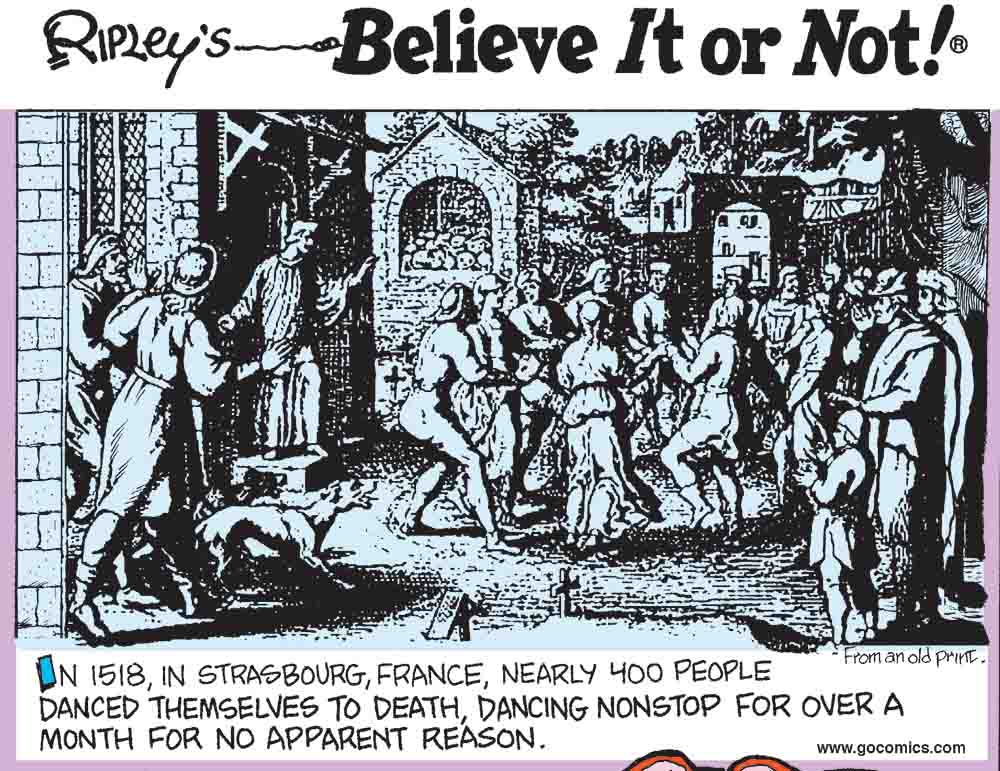 Ripley’s Believe It or Not!

The first case of dance fever in Europe was recorded in the 7th-century according to the Journal of History and Medicine.

In one case, the group of fervent dancers was made up entirely of children who were said to have traveled 12 miles dancing and leaping before eventually dispersing.

An incident in 1278 led a group of 200 people over a bridge, causing it to collapse. The survivors coincidentally recovered in a church dedicated to St. Vitus.

Vitus was the patron saint of dancing in the Holy Roman Empire (now mostly Germany).

Some believed that the dancing plague was a curse cast by Saint Vitus, who would only end the madness if proper prayers were offered to statues made in his likeness. 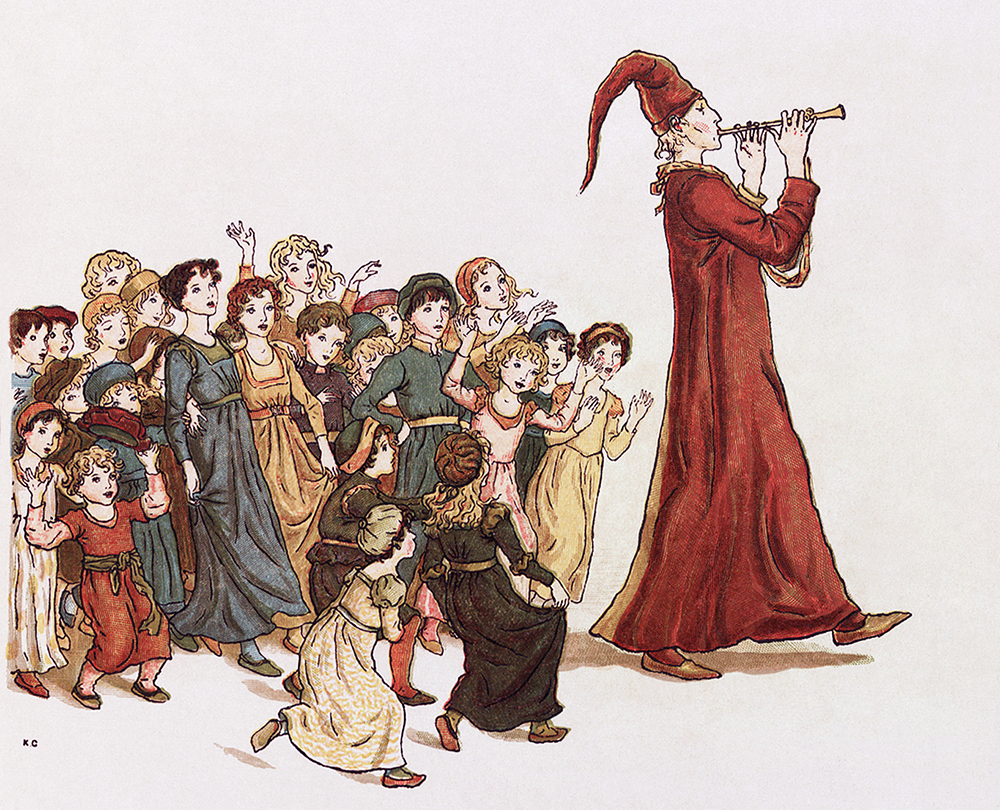 Historians have drawn parallels between accounts of choreomania to stories about the Pied Piper of Hamelin, a flute player who would lure all the children out of town with a song

Reports of choreomania are varied, with some accounts claiming hundreds of people dancing for months and others merely affecting one person for a few minutes.

All accounts claim that the dancer is in some sort of unconscious fugue state, that makes them unable to control themselves.

Explanations for choreomania vary wildly, and none are really compelling. Tarantism, an Italian superstition asserts that dancing could separate the venom of scorpions and tarantulas from human blood. Though this could explain the dancing plague, many practitioners later admitted that they were not bitten. We can also attest dancing holds no such healing power.

Another possible explanation is a type of fungus that can grow on rye known as ergot. Ergot, under certain conditions, can produce a compound very similar to LSD. This psychedelic fungus has been claimed by some historians to explain choreomania. 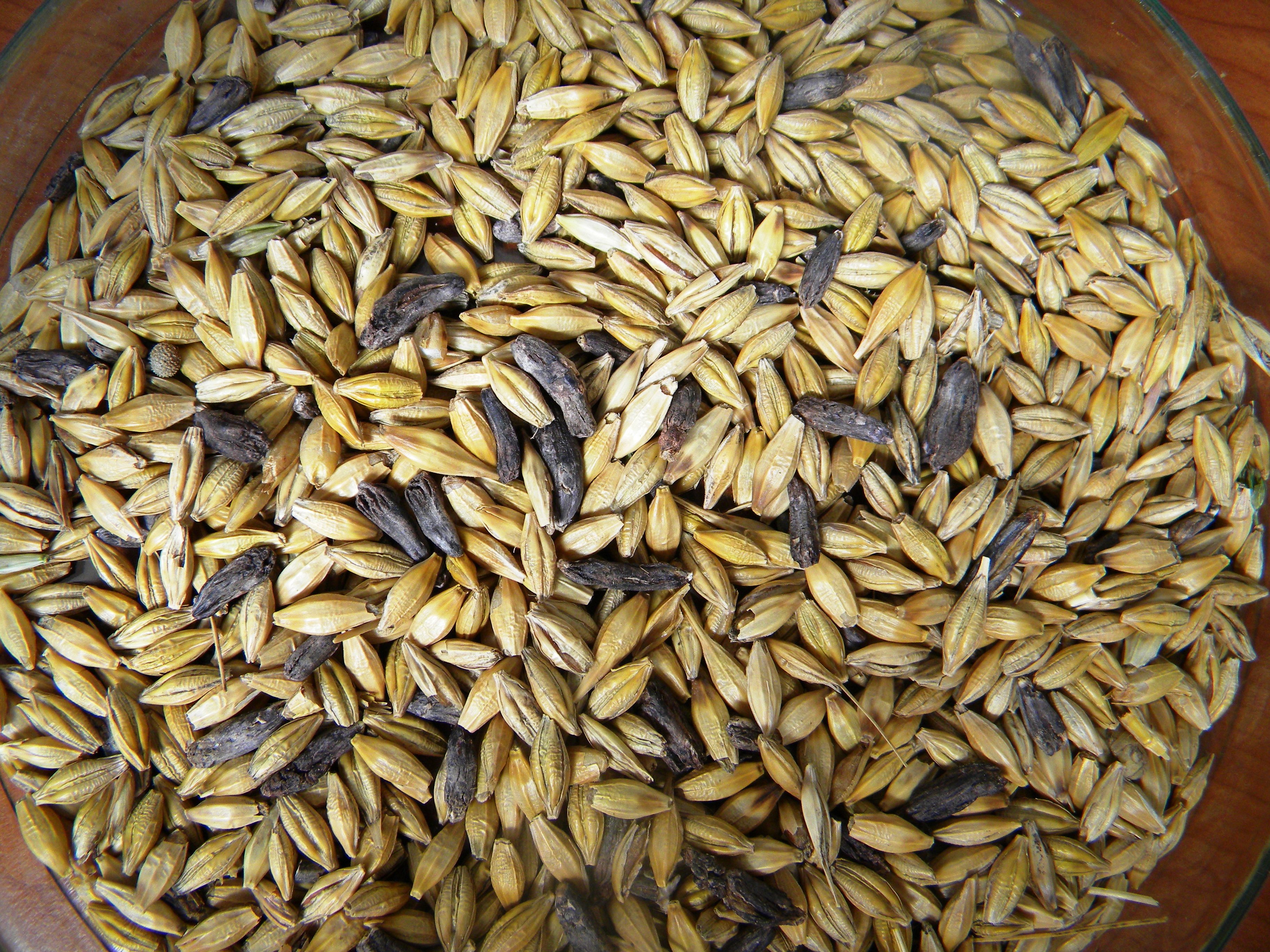 Some think that dancing outbreaks were the result of mass epilepsy or the work of evil spirits. While historians regular encounter outbreaks of mass hysteria, the persistence of dancing mania makes it challenging to explain. Personally, I think dancing is just innately contagious.