To clean a skull, an army of dermestid beetles devour the soft parts of the head.

Over the last 12 years, Dan Traynor has cleaned more than 2,000 animal skulls and 100 full skeletons. But, he didn’t do this work all by himself—he had the help of tens of thousands of flesh-eating bugs.

Dermestid beetles are often considered pests. As a larva, these bugs can eat through a multitude of natural materials such as wool and leather. However, this taste for the natural makes them especially useful for cleaning the flesh off bones, as they will always eat the soft tissue first.

“Dermestid beetles are the most common insect for cleaning bones for several reasons,” Traynor explains. “The most important is that large colonies can quickly and completely clean bones of tissue, with large colonies capable of cleaning several deer skulls in less than 24 hours. Another reason is that they are relatively easy to take care of, with their primary needs being plenty of food, warmth, and dry bedding such as wood chips. They can also clean skulls efficiently without damaging delicate bones, such as nasal turbinates.” (Nasal turbinates are the complicated brittle bones inside animal noses.)

Traynor’s Michigan skull cleaning business, El Cheapo Skull Taxidermy, provides fully cleaned and processed animal bones for hunters to be used as a memorial of their work, for pet memorials, for art, and for educational collections. He starts by removing as much flesh from the animal as he can with tools and then passes on the partially-defleshed head to his beetle colonies to finish the job. The tiny creatures strip the bones bare, crawling into all the tiny nooks and crannies of the specimen and feasting on the soft tissue. Once their work is done, only the clean bones remain. 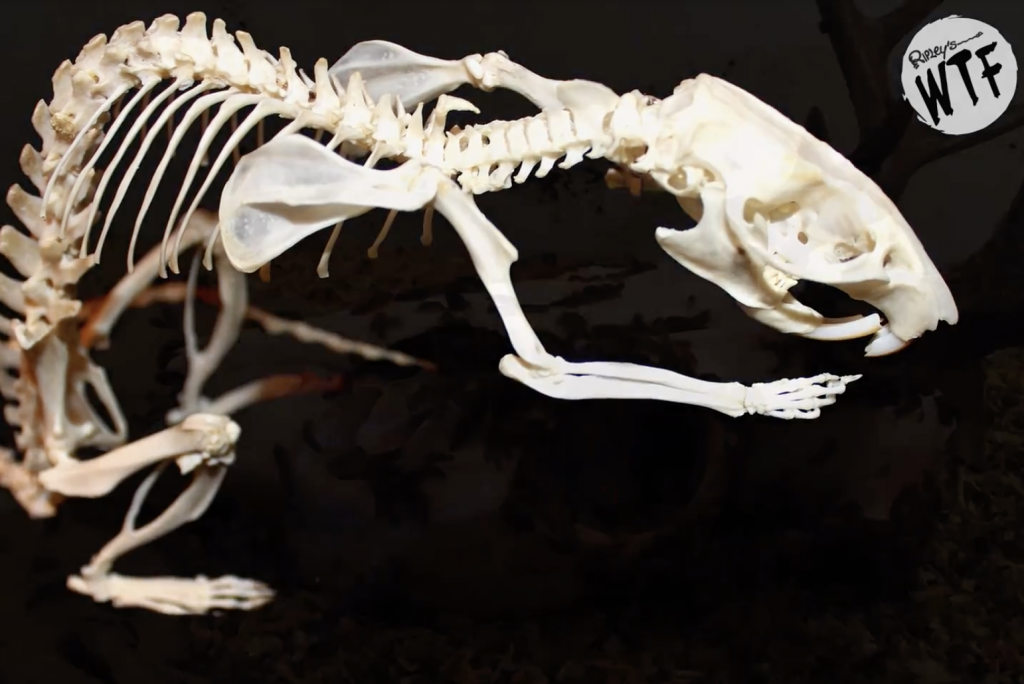 The time it takes to finish cleaning a skull varies based on the number of beetles, the air temperature, and the size of the skull. For example, a de-fleshed deer skull could take about 24 hours for Traynor’s best colony. Then, he removes the grease from the bones and sometimes whitens them to look pristine and museum-ready.

Dermestid beetles and other scavenging insects have an exceptionally important role in nature. Without their flesh-eating larva, dead animals would not decompose the way they are supposed to. It’s a small wonder that people harvest their ravenous nature to create clean bones for collection!

Next post Tumbleweeds Trap Cars For Hours In Washington State