Once upon a time, Main Street, USA, peddled brassieres and panties. 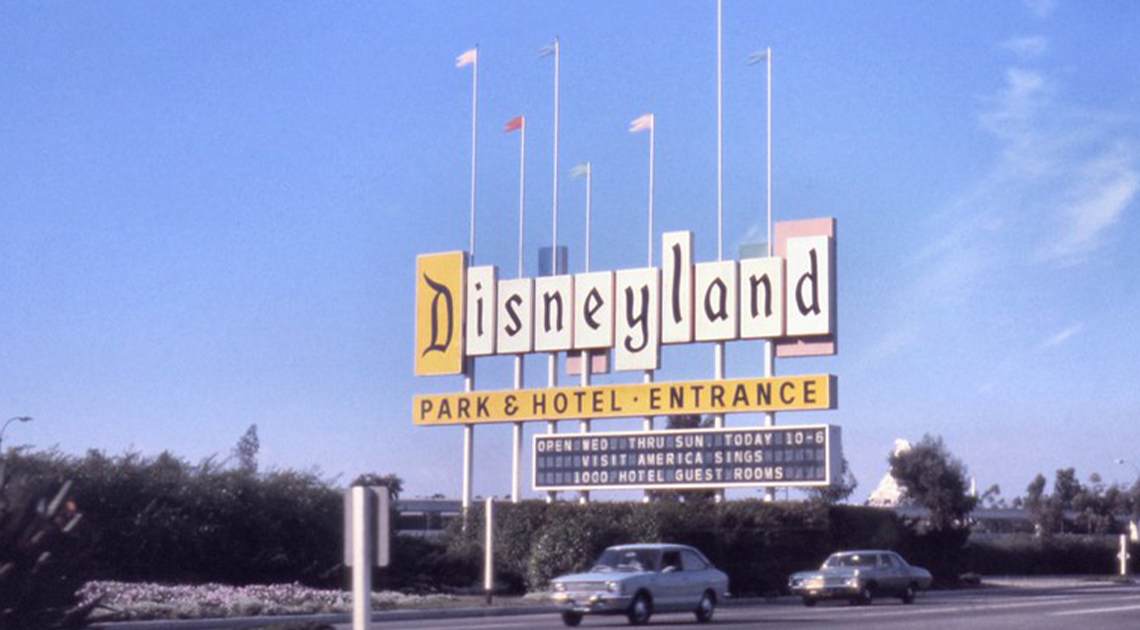 Photo by Werner Weiss, from the Werner Weiss Collection, Acc#2013.6. via Orange County Archives (CC BY 2.0)

What comes to mind when you think about Disneyland? Perhaps, Pirates of the Caribbean, the Haunted Mansion, or the Matterhorn Bobsleds? Or maybe you’re a fan of the Main Street Electrical Parade? No matter your immediate association with the wonderful world of Disney, we’re guessing the history of underwear probably doesn’t rank high on your list. Yet, when the Magic Kingdom first opened in sunny SoCal in 1955, it included Hollywood-Maxwell’s Intimate Apparel Shop, showcasing none other than the “Wonderful Wizard of Bras.” 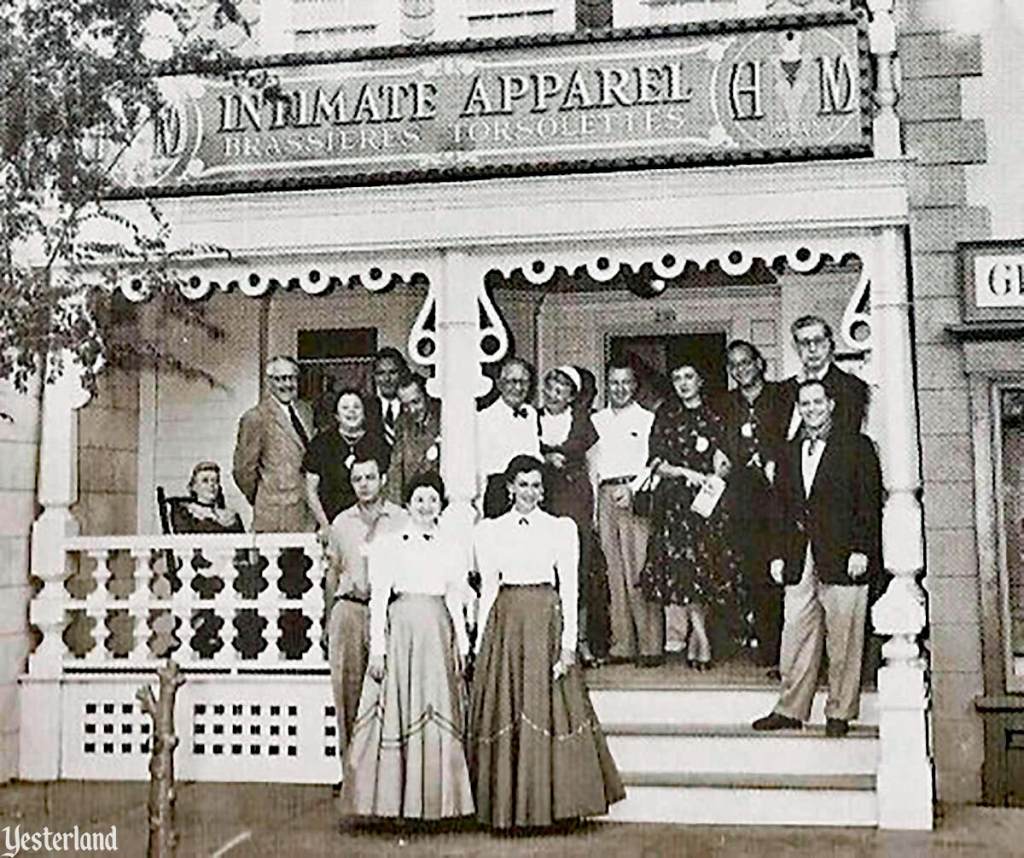 If you’re assuming the lingerie shop slipped in under the radar, get ready for a big surprise. Southern California newspaper inserts taken out by Disney actively touted the shop, from the Long Beach Press-Telegram to the Santa Ana Register. These ads attest to the Intimate Apparel Shop’s surprisingly prominent role.

Who Was the Wonderful Wizard of Bras?

Of course, all of this begs the question: who was the Wonderful Wizard of Bras? None other than Herndon J. Norris, the president of the Hollywood-Maxwell Brassiere Company. Disneyland even used his pre-recorded voice to emcee an underwear history lesson, showcasing styles from the 19th through mid-20th centuries. But how did a lingerie company earn such a conspicuous spot in a kid’s amusement park? The partnership likely proved strategic for the budding playground. 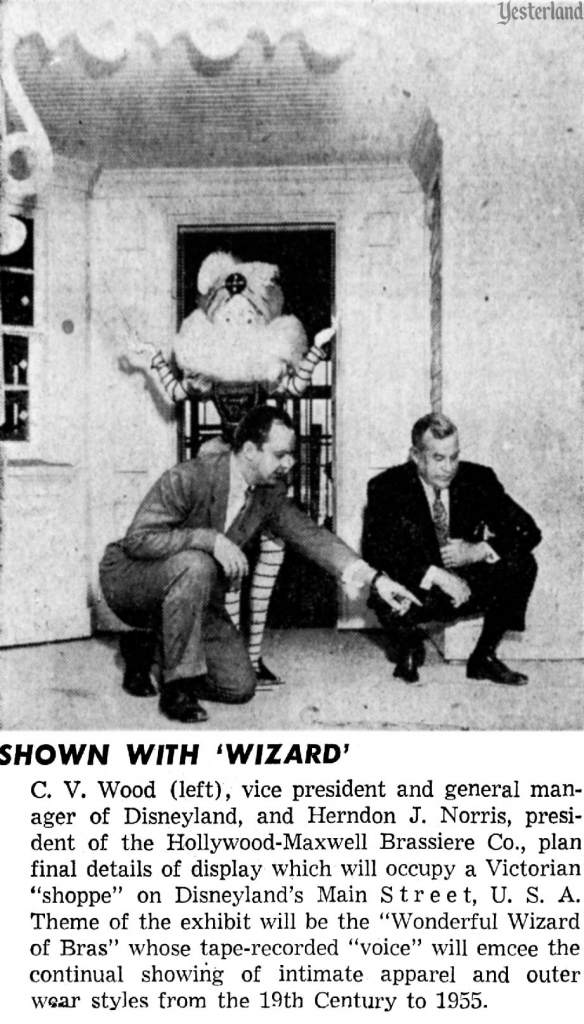 After all, Norris represented one of the “most famous names in American business” in 1955. As supplemental advertising from the Santa Ana Register (July 15, 1955), explains, “The Wonderful Wizard of Bras, famed symbol of the Hollywood-Maxwell Brassiere Company and major-domo of the novel, eye-popping exhibit prepared by Disneyland by this manufacturer of intimate apparel is one of the major magicians in the nation’s greatest magicland.”

Main Street Gets a Facelift

Despite the hype about the Wonderful Underwear Wizard, the Intimate Apparel Shop didn’t last long. Just six months after it opened, in January 1956, the Magic Kingdom bid farewell to the brassiere marvel. For the record, though, the Intimate Apparel Shop had greater staying power than some businesses on Main Street. For example, Grandma’s Baby Shop closed before the end of 1955. The iconic Silhouette Shop replaced it and still attracts large crowds today.

The Intimate Apparel Shop’s closure made way for the expansion of the neighboring China Closet, a glass and China Shop. For years, the store featured a large “China Closet” sign that detracted from and covered up much of the building’s intricate, Victorian-inspired upper balcony. Fortunately, they’ve since removed the sign, revealing incredible architectural details.

In 2009, the Disney crew added a painted window advertisement to the upper-middle window of the baby blue Victorian house. The ad promotes the “Palm Parlor” and one Roland Fargo Crump (a.k.a. Rolly Crump). Despite the “palm reader” advertisement, the front door is locked. And the interior space remains devoted to the China Closet. As it turns out, the window represents a shout-out to Crump, who helped design many of Disneyland’s weirdest places, including the Haunted Mansion and the Enchanted Tiki Room. 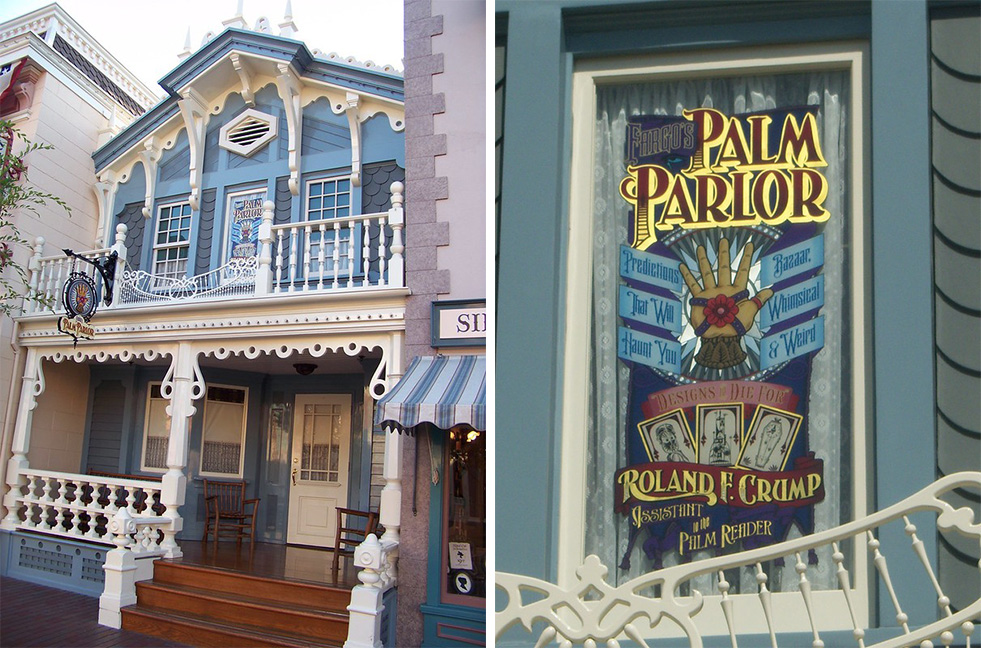 What Became of the Hollywood-Maxwell Brand?

Of course, there’s still one loose end we need to tie up when it comes to the strange story of intimate apparel peddled in a children’s theme park: What ultimately became of the Hollywood-Maxwell brand? The business merged with the Vassar Company of Chicago in 1958, a part of the then-underwear giant, Munsingwear.

Today, Munsingwear is known as PremiumWear, Inc., but you’d likely be more familiar with one of its marketed brands, Jockey. The 1958 merger transformed Hollywood-Maxwell into Vassarette Intimate Apparel, a brand thriving under the larger umbrella of Vanity Fair Brands, LP. Believe It Or Not!, this means you can technically still purchase drawers and more from the “Wonderful Wizard of Bras!”

Next post How Old Is Your Dog In Human Years? You Don’t Multiply By 7...