In today’s show we talk about cringe-worthy cases of self-surgery: auto-appendectomy, at home castration, escaping a canyon alone, and DIY plastic surgery.  Let’s explore that together!

What does it take to remove an appendix in sub-zero temperatures?

As luck would have it, the one man to get appendicitis on a 12-man Soviet expedition in the Antarctic was the doctor.

In 1961, Dr. Leonid Rogozov had to perform a delicate appendectomy on himself in sub-zero temperatures using only his sense of touch, and the reflection of a small mirror held by the shivering hands of a colleague.

If shivers weren’t enough to complicate the auto-appendectomy, he had to be careful with the anesthetic—he had to use Novocaine instead of morphine to keep his senses sharp. The procedure lasted a painstaking 1 hour and 45 minutes but made a full recovery, even removing the stitches 12 days later by himself. 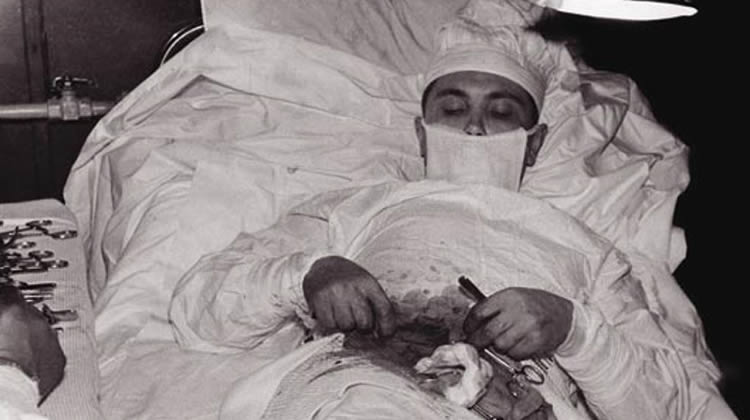 Boston Corbett was a hatter (hat maker) in the 1800s, and often handled mercury-nitrate, a substance that with prolonged exposure leads to hallucinations, psychosis, and uncontrolled twitching—hence “mad as a hatter”.

One day after being propositioned for services by some ladies of the night, he was so distraught by the temptation, that he castrated himself with a pair of scissors. He actually ate dinner and went to a prayer meeting before seeking professional medical help.

But that’s not where Boston’s story ends. Mr. Corbett would go on to be the man who escaped a death sentence from the Union Army, attacked a local legislator with a revolver, and became best known as “Lincoln’s Avenger” for shooting and killing none other than John Wilkes Booth, Abraham Lincoln’s assassin. 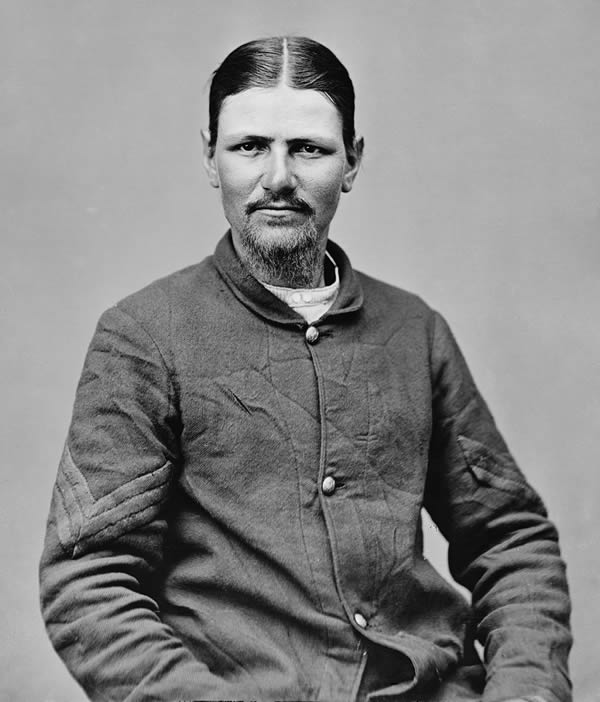 What are people really capable of when caught between a rock and a hard place?

After a rock slide left canyoneer Aaron Ralston’s arm pinned under a boulder for six agonizing days, he did the unthinkable.

Using the blade and pliers on his multi-tool, Aaron cut through his arm tissue and tore through his tendons.

He was able to avoid severing his arteries by improvising a tourniquet; he eventually cut the last of his skin and nerves to free his body from the enormous boulder.

Dehydrated and having lost a quart of blood, he then rappelled 120 feet down a cliff and hiked 8 miles before finding help. 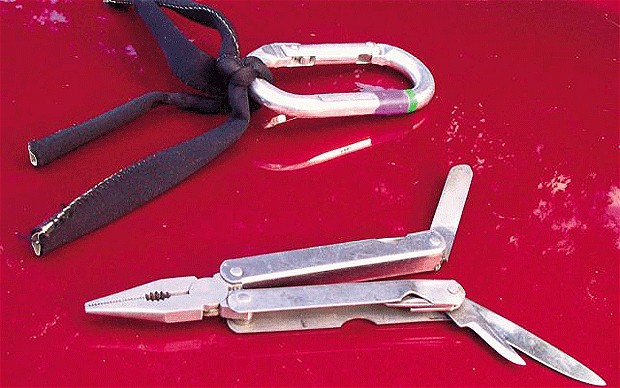 Plastic Surgery on the Run

Tatsuya Ichihashi was able to evade arrest for 2 ½ years due, in part, to the many cosmetic alterations he made to his own face.

He scissored off his lower lip, dug moles off his cheek with a box-cutter, and used a needle and thread to truss up his nose until it was permanently altered.

He failed to finish many of his own alterations because of the excruciating pain and performed many of these procedures in public bathrooms.

He was eventually caught after raising suspicion when he tried getting more alterations done by a professional plastic surgeon. Believe It or Not! 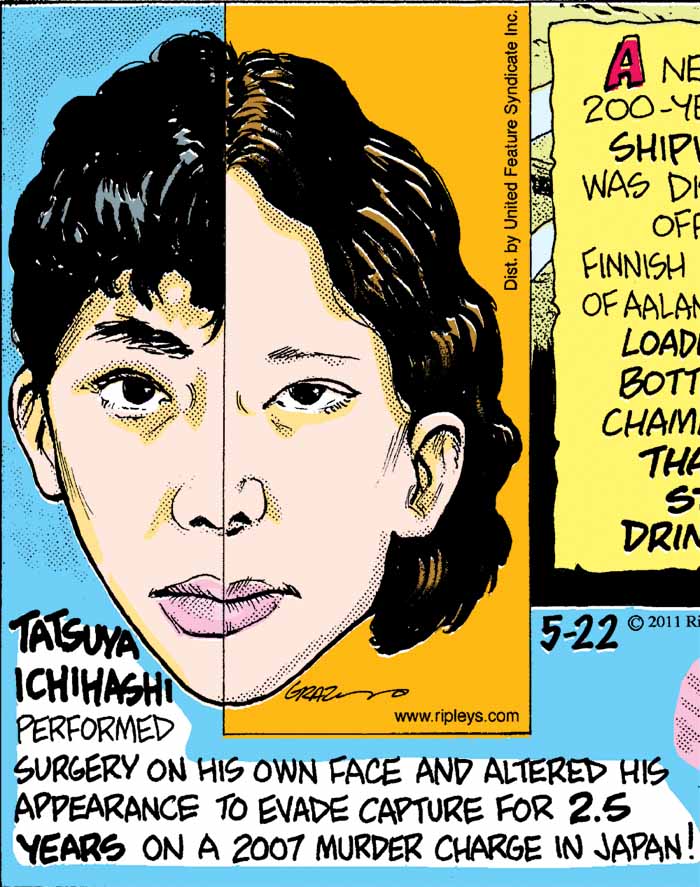 Check out our earlier blog on Self Surgery!

Next post Moon Junk: Over 70 Things We Left On the Moon

Previous post Weird Fashion—Dresses Made of Toilet Paper and a Thesaurus!