Does Stress Cause Gray Hair? Yes. Is It Reversible? Also Yes!

Not all gray is here to stay! 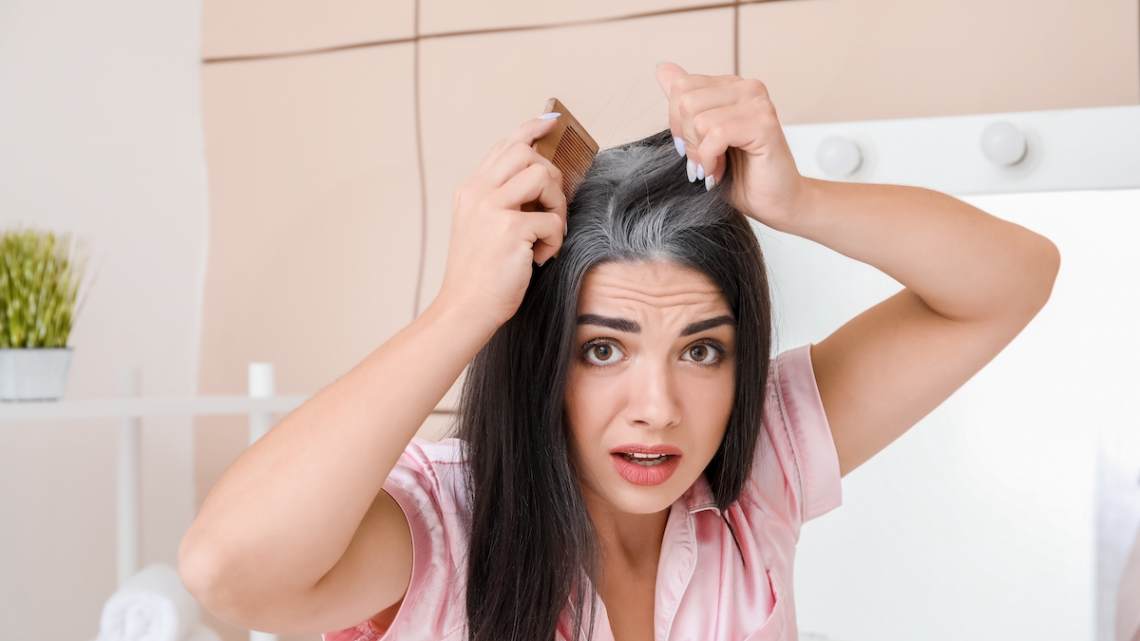 The correlation between stress and gray hair has long been debated, but a new study proves that stress can indeed have an effect on the color of people’s locks. Researchers have even determined that a person’s hair can return to its original hue when the stress in his or her life is removed!

“Our data add to a growing body of evidence demonstrating that human aging is not a linear, fixed biological process but may, at least in part, be halted or even temporarily reversed,” noted Martin Picard, PhD, senior author and associate professor of behavioral medicine (in psychiatry and neurology) at Columbia University Vagelos College of Physicians and Surgeons explained in Science Daily. The study is called “Quantitative Mapping of Human Hair Greying and Reversal in Relation to Life Stress.”

However, the effects are usually temporary, only happen to people within a certain age range, and apply to just a few strands of hair on the head.

Picard stated how hair records a person’s “biological history,” and when it is still beneath the skin in the follicle stage it can be affected by stress hormones and other factors. “Once hairs grow out of the scalp, they harden and permanently crystallize these exposures into a stable form,” he added. In other words, once your hair grows out of your scalp, it can’t change color. Only new growth at the root can be altered.

The data from the research was small — only 14 volunteers participated. The participants ranged in age from 9 to 65, and none of them used dye or chemical treatments to alter the color of their hair, reported Today. Each person kept a diary in which they wrote down their level of stress every week. The results showed that there was an association between stress and gray hair, and in some cases the hair reversed color when stress was eliminated.

In one particular instance, a volunteer went on vacation, and five gray hairs on that individual’s head returned to their original dark color during the trip. Situations in which the hair was white at the top segment but grew darker from the scalp, known as “repigmentation,” was observed in 10 of the 14 volunteers. 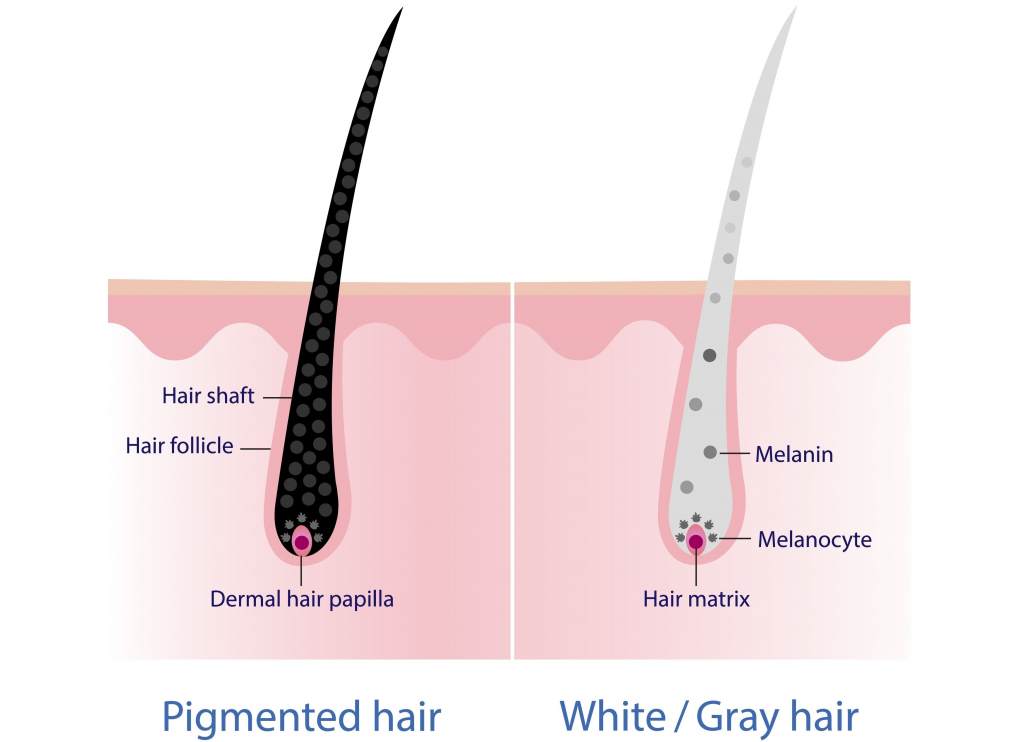 The researchers measured thousands of protein levels in the hairs and how they changed. When hair turned gray, they noted 300 proteins also changed, likely a result of stress-causing changes in mitochondria. “Mitochondria are actually like little antennas inside the cell that respond to a number of different signals, including psychological stress,” Picard noted.

The same effects involving reversible hair color were not observed in a separate study involving mice; however, mice have different hair follicle biology.

Stress is a survival method for humans in that it helps them avoid danger, such as fight-or-flight scenarios. But it may also cause cells to age more quickly. Unfortunately, removing stress isn’t a guarantee that your hair will return to its original color, particularly if you’re middle aged.

Once hair reaches the threshold to turn gray due to biological age and other factors, it will remain gray. Picard noted that a 70-year-old who has had gray hair for many years won’t revert to their original hair color if they reduce the stress in their life. In addition, adding stress to a 10-year-old’s life won’t “tip their hair over the gray threshold.”

The good news is that there are some ways to prevent your cells from prematurely aging. Eat moderately, exercise regularly, and participate in activities that make you feel good. These behaviors can aid in the release of positive hormones and better functioning mitochondria, which makes you feel like you have more energy.

Previous post Who Was the First Woman to Bicycle around the World?