Your Doves Are Pigeons And Other Wedding Lies 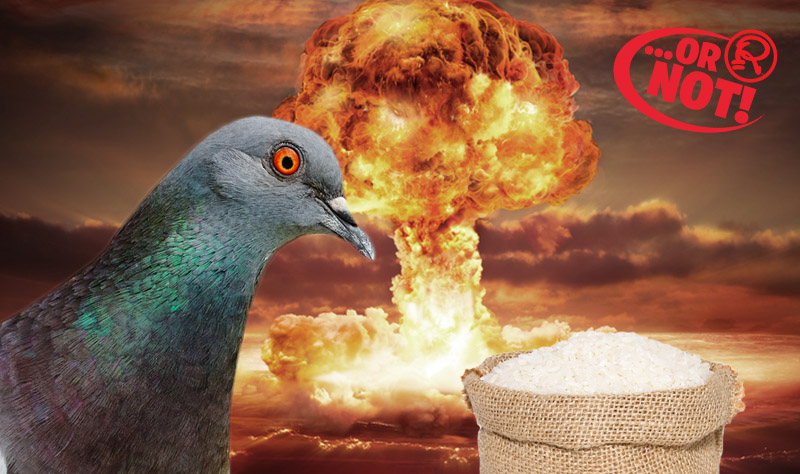 While wedding ceremonies around the world feature an assortment of superstitions, some Western traditions are a complete deception. Make sure your wedding doesn’t end up a sham by avoiding these two popular misconceptions.

Rice Will Not Make Birds Explode

This rumor has been around since the 1980s. While throwing rice on an egressing bride and groom has long been a tradition, a rumor spread like wildfire in recent decades that you shouldn’t throw rice because it’s bad for birds. This myth has been written in newspapers, gossiped by mothers-in-law, and even made its way to the Connecticut State legislature. They claimed that when birds ate raw rice, it expanded in their stomach causing painful deaths as their bodies ruptured.

The “Act Prohibiting the Use of Uncooked Rice at Nuptial Affairs” would fine rice-throwers $50 in reparations for harming the birds. Representative Mae Schmidle—who introduced the bill—claimed to have the full support of the Audubon Society, but when newspapers contacted members, they said it was preposterous.

First of all, many birds eat raw rice in the wild, much to the chagrin of rice growers. Some birds, like migrating geese, even depend on stopping at rice fields to fatten themselves up for their winter journeys. Furthermore, rice only expands about 33% of its size when exposed to liquids for a very long time (not nearly as much as some seeds, even). Bird’s digestive systems work too quickly for a rice grain to expand drastically.

Though avian rice bombs were never seen before, some people think the idea is intended to keep people from throwing instant rice—which can expand up to 400% of its original volume. Thankfully, some researchers were willing to disprove this theory with their own pigeons. After running some simulations with plastic bags, they coerced their professor to let them feed instant rice to his pigeons. On a diet of nothing but instant rice and water for a whole day, none of the birds turned into bombs or showed any signs of discomfort.

Your Doves Are Pigeons

Speaking of pigeons, they’re actually quite popular at weddings, too. Most people think that doves are being released in celebration of their marriages, but the birds are actually just white pigeons.

Doves have long been symbols for love and peace in both ancient Greek and Judeo-Christian religions. They were sacred to the goddess of love, Aphrodite, and a pair signified unity in much of the Christian art following the reign of Constantine. It’s no surprise many couples love the idea of releasing two doves to celebrate their marriage, but unfortunately, real doves aren’t very good for this. Instead, breeders often use a breed of white homing pigeons. These pigeons have a well refined homing ability, meaning they can find their way back to the breeder even across vast distances. They are also much more survivable in the open than most breeds of doves. 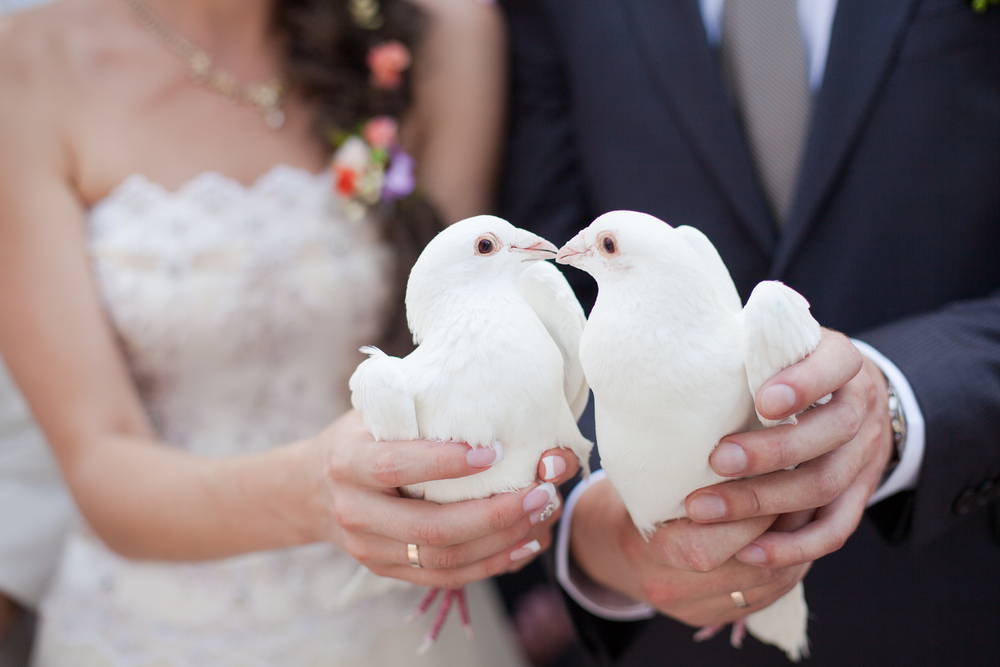 Dove and pigeons are in the same family of birds—Columbidae—but have a few key differences and are easily confused with each other. Doves and pigeons have also been long used inconsistently even by ornithologists. Currently, what most what consider a feral city pigeon is technically referred to as the rock dove by today’s standard, with subspecies all being called pigeons.

Don’t let your marriage start on lies; throw rice and admire pigeons to your heart’s content. Just be prepared to clean the rice out of your pockets afterward!

Next post World Cup Goal Cheers Show Up On Seismographs