Ships often don’t know what kind of creatures lurk beneath the water until they accidentally run into them.

There are no roads in the sea, no animal crossing signs, and no speed bumps. And yet, those driving fishing vessels often accidentally run into ocean traffic—and by “traffic,” we mean whales.

Hitting a whale is bad news, for both parties: the ship and the whale. North Atlantic right whales are especially endangered as a result of fishing gear and ship strikes. Unfortunately, people on ships often don’t know what kind of creatures lurk beneath the water until they accidentally run into them.

Thankfully, there is now a way to scout ahead and look for whales so that ships can avoid running into them. The tech company Planck Aerosystems has designed drones that can launch off of ships and scan the seas for whales. If one of these sea-dwellers comes within the trajectory of the ship, or where the ship is going, the driver can change the course. No more living speed bumps! 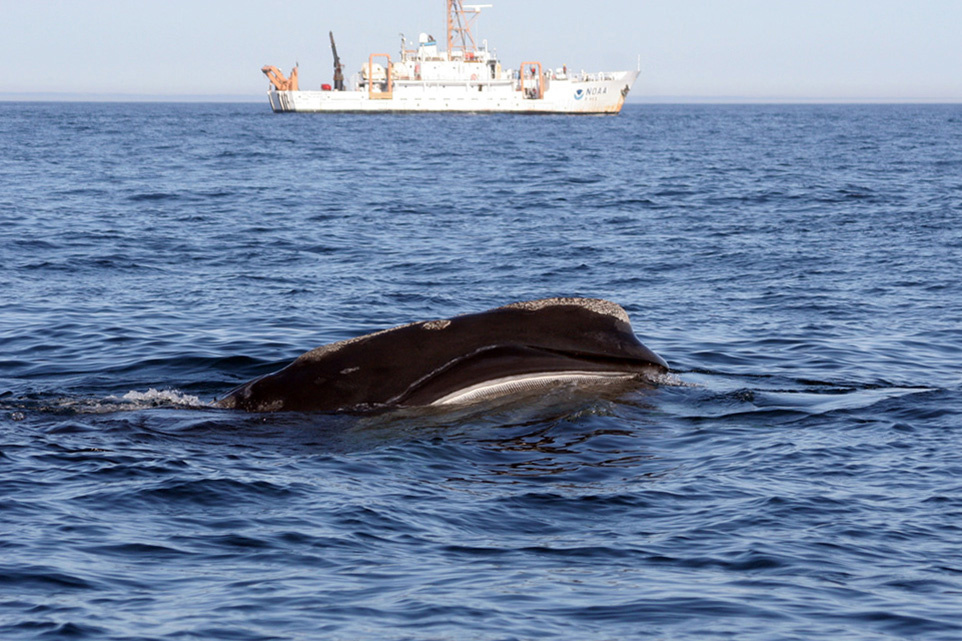 This technology is new, making it difficult to say just how effective it will be at minimizing ship strikes, or how many ships will adopt it. However, it has shown some promising results so far.

“Over the course of about three weeks of unmanned flights, over 100 whales were automatically detected, including more than ten North Atlantic Right Whales,” explains COO Dave Twining. “While this number may not seem all that large, it is significant when you consider there are only around 400 individuals of this species currently on the planet.”

That’s not to say that this tech has necessarily saved 100 whales; it’s not possible to know for sure if how many of the ships would have hit, let alone killed, these sea mammals. However, it’s important to be extra careful with these North Atlantic right whales, as they are at a high risk of extinction. Senator Cory Booker has even introduced the SAVE Right Whales Act, a program that, if adopted, will designate money the save these animals, specifically. People concerned about disturbing and entangling whales have even started using sound-dampening technologies and line-free nets to try to help these animals stay safe.

The new drone technology differs from that of regular drones for several reasons. For one, most drones that hobbyists use must be controlled manually, and take a considerable amount of time to learn and use. Regular drones also have to be launched from stationary platforms, whereas the new drones can fly from a moving ship sailing over bumpy waves.

With so much attention on this species and new advancements in technology, we can only hope that their population will recover.

Next post How X-Ray Machines Made Glowing Shoe Sales

Previous post The Gallon Challenge: Know Before You Blow Chunks