Earth’s Largest Mirror Can Be Seen From Space

It is eight times the size of New York City! 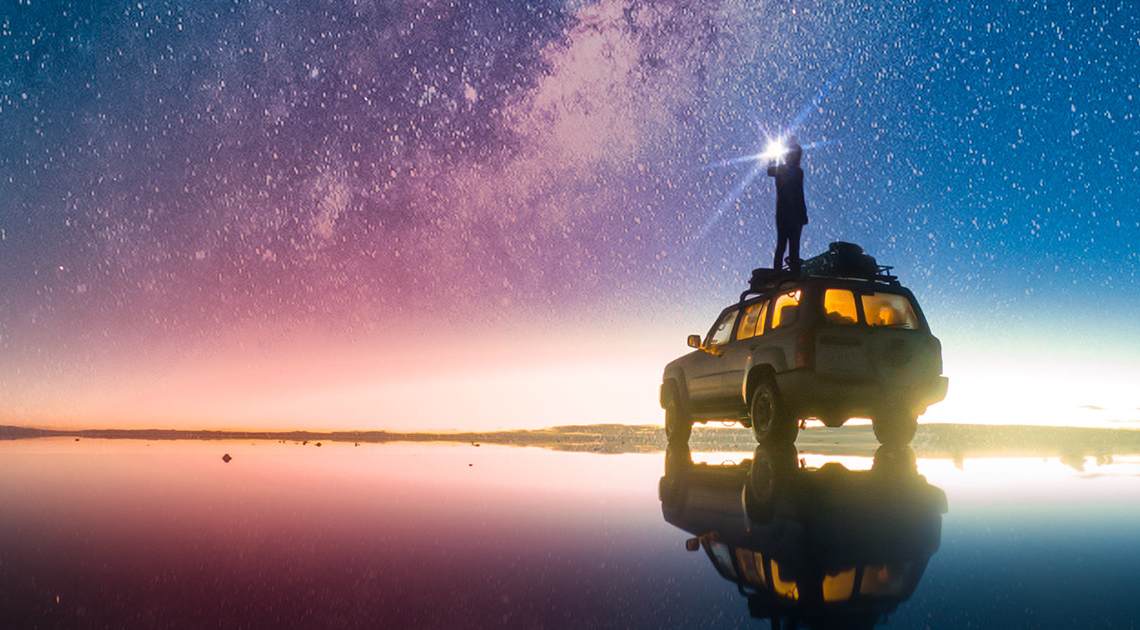 Stretching for 4,086 miles across the country of Bolivia, Salar de Uyuni is the world’s largest mirror—eight times the size of New York City! A salt flat, it has a reflective surface when covered with water. Many people refer to it as “The place where Heaven meets Earth” and they do not exaggerate, this place is truly surreal and out-of-this-world beautiful. 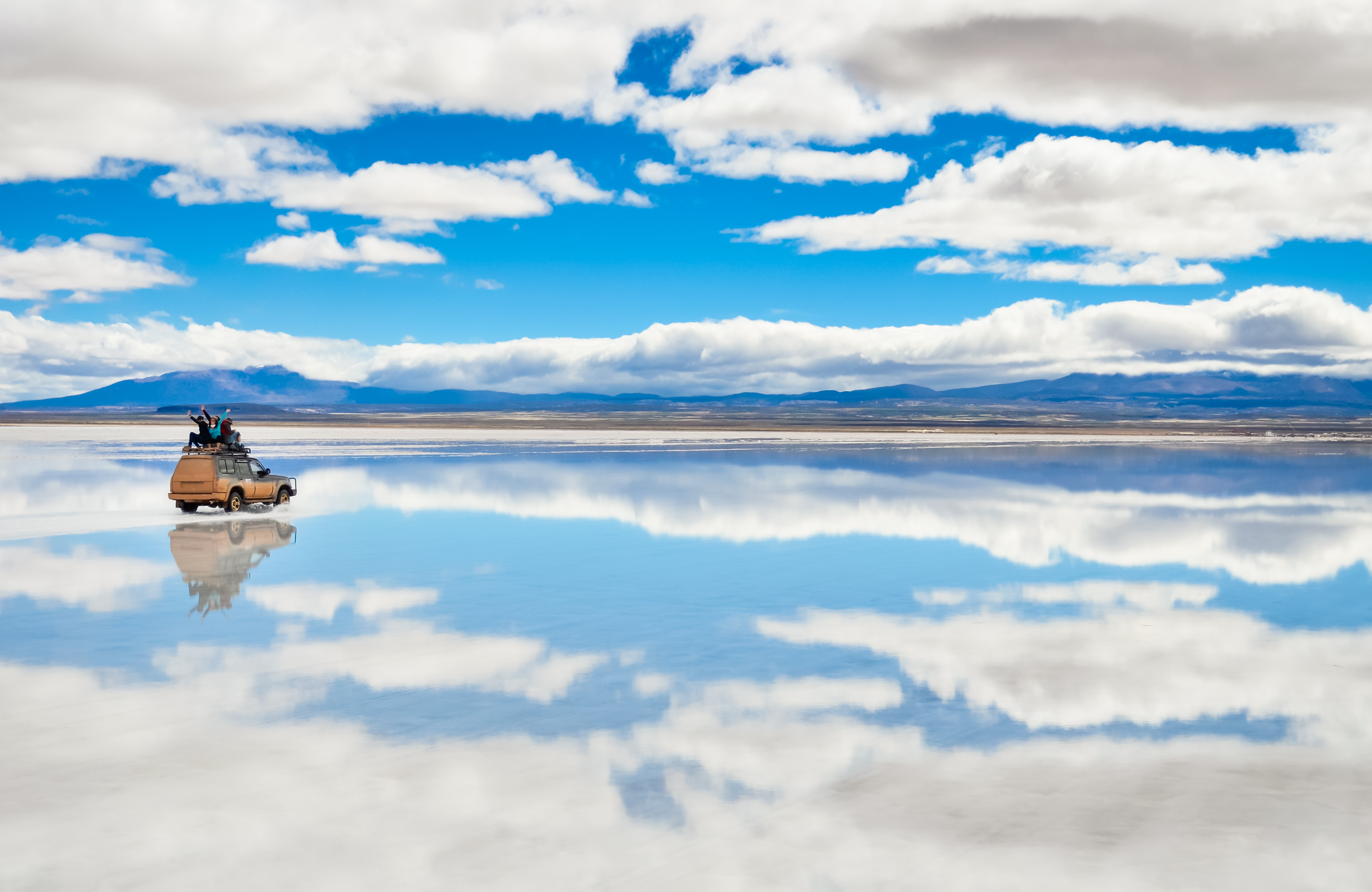 The place where Heaven meets Earth.

The breathtaking location is a growing international tourist destination, not only because it is one of the natural wonders of the world, but because it was also recently featured in an epic battle scene in Star Wars: The Last Jedi. The showdown at Crait, between the First Order and the tattered remnants of the Resistance, took place in a glittering mineral world. This alien planet was brought to life using a this location on Earth—Salar de Uyuni. 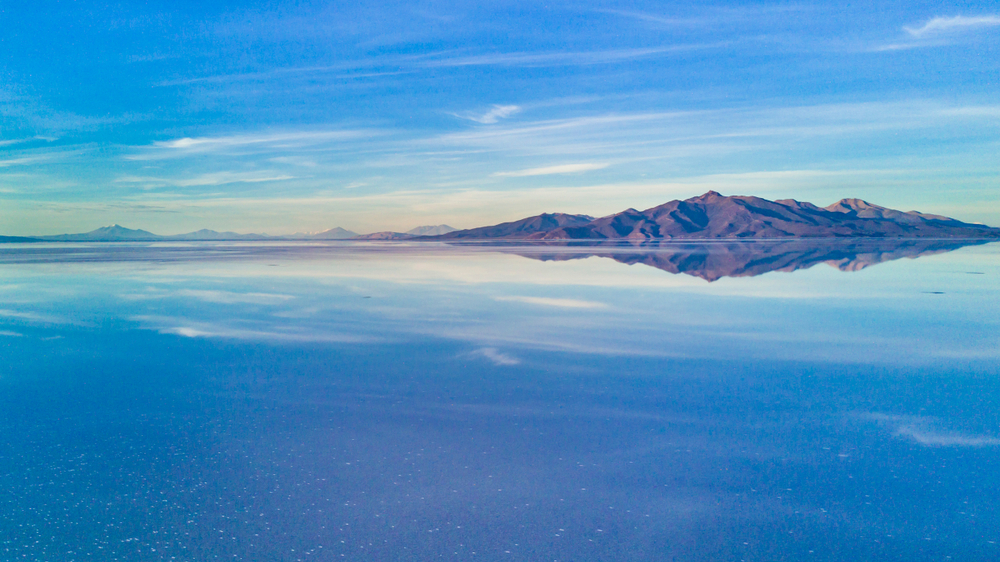 Unparalleled scenery at the largest salt flat in the world.

What Is A Salt Flat? 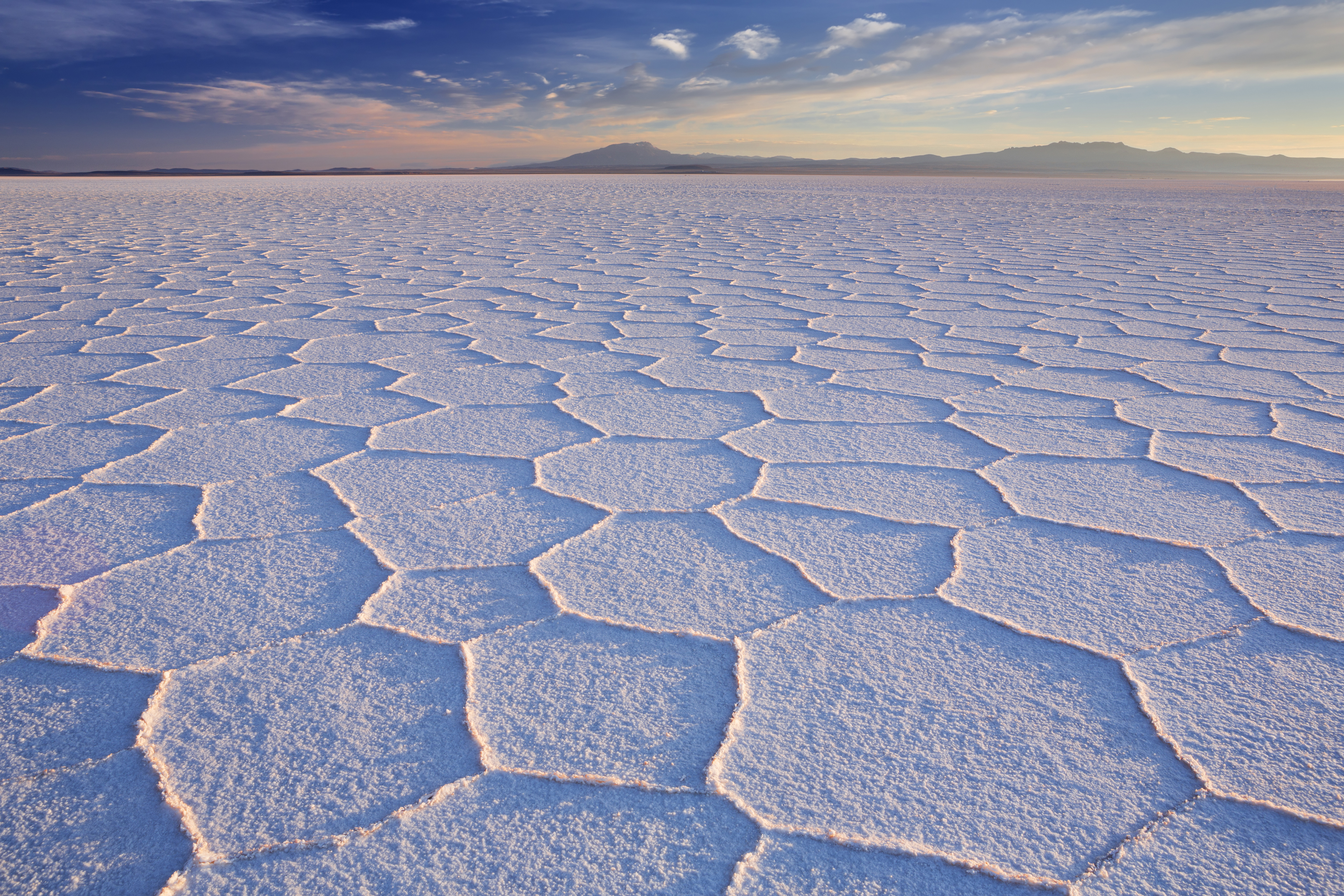 Landscape of the salt flat during the dry season.

About 30 to 40 thousand years ago, a giant prehistoric lake called Lake Minchin went through a series of transformation between several other vast lakes. When it dried, it left behind two bodies of water and two major salt deserts. Among many other salt flats on Earth, Salar de Uyuni sits 11,995 feet above sea level, making it easily visible from space due to its bright white color and enormous size. NASA and other space agencies sometimes use its water-smoothed surface to calibrate satellite orbits. It is even said that Neil Armstrong saw the salt flat from the Moon and mistakenly thought was a giant glacier.

During the rainy season, the salt flat is covered with a thin sheet of water due to the floods and overflows from the neighboring lakes. It reflects light, creating an almost impossible optical “mirror effect” illusion under the vast open sky. Although the salty desert with plated pockets of dry salt is beautiful by itself during the dry season, the addition of water creates an unparalleled visual event. It is especially mind-boggling and splendid on cloudy days where it looks as though visitors are taking a stroll among the puffy, silky clouds. 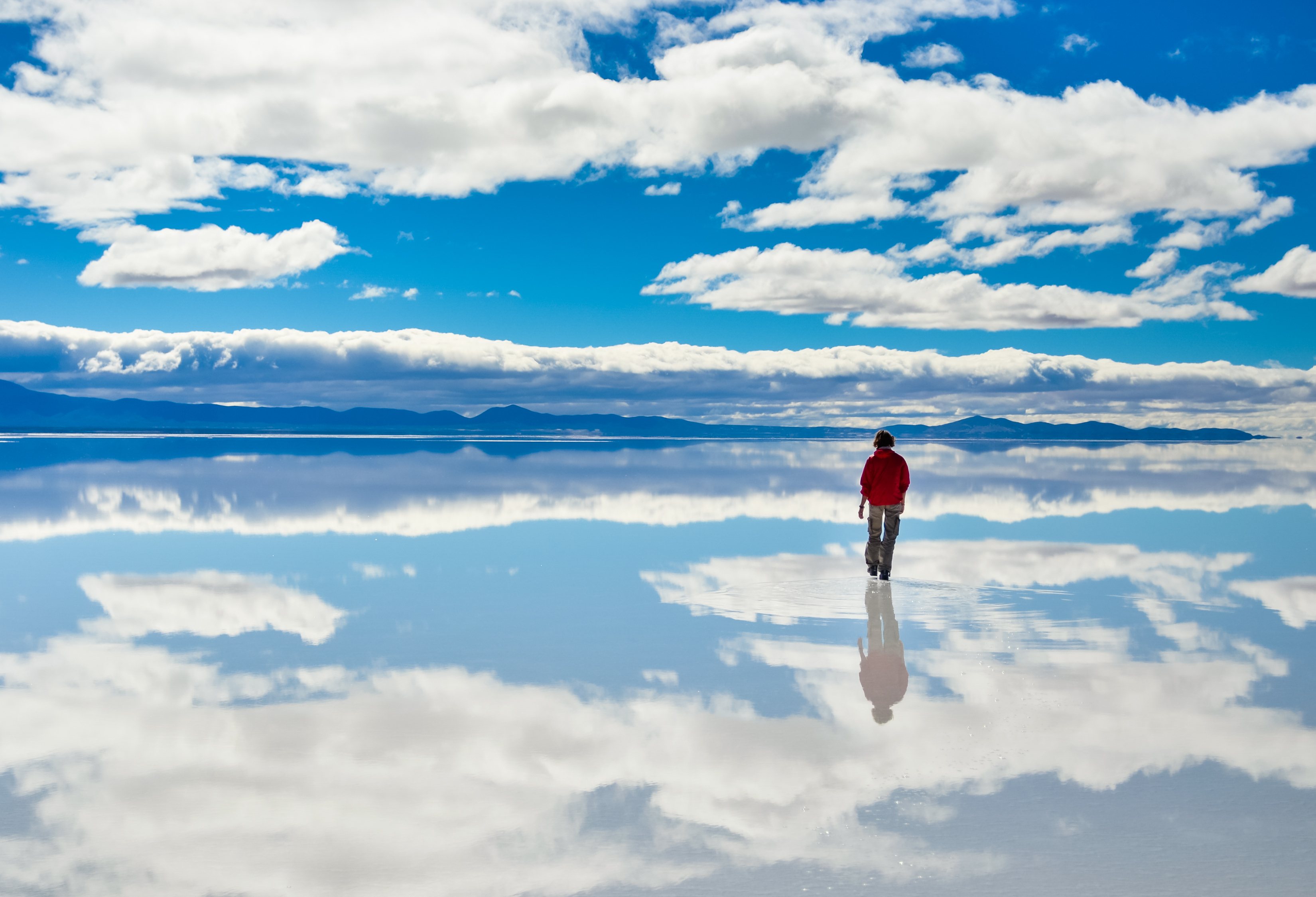 Taking a stroll among the clouds.

The endless reflective landscape and lack of reference points never cease to amaze visitors. Travelers from all over the world find it irresistible to document the heaven-like scenery with their creative poses, such as a balancing act, jumping for joy, or skating across the lustrous surface that resembles a sheet of ice. 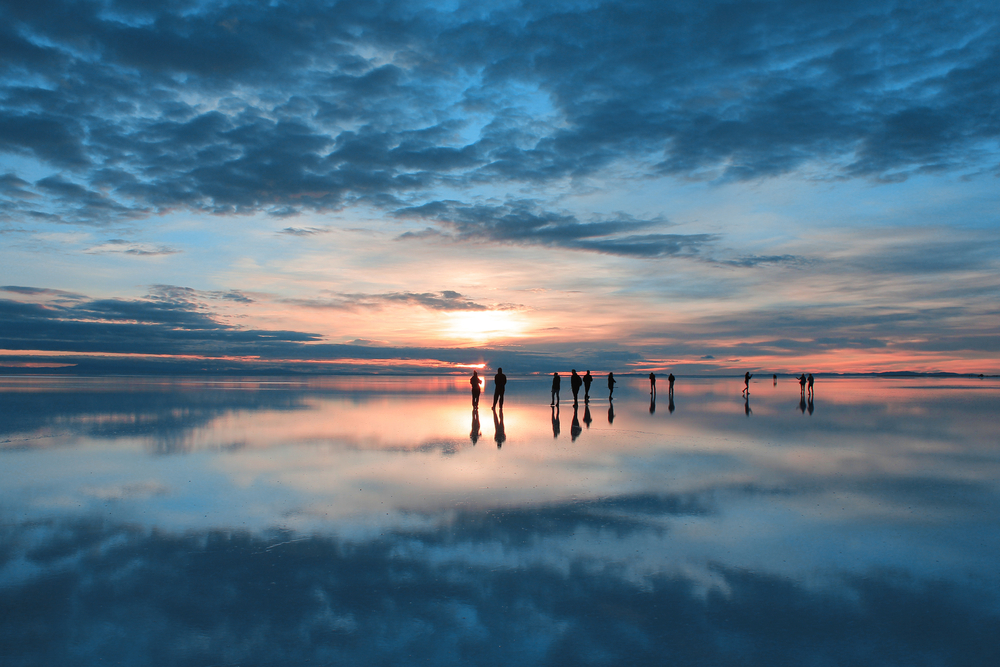 In addition to being the second most popular tourist attraction in Bolivia, Salar de Uyuni holds between 50% and 70% of the world’s lithium reserves. The precious salt flat is predicted to lift the country’s economy as the global demand for lithium-powered lives seemingly increases daily. 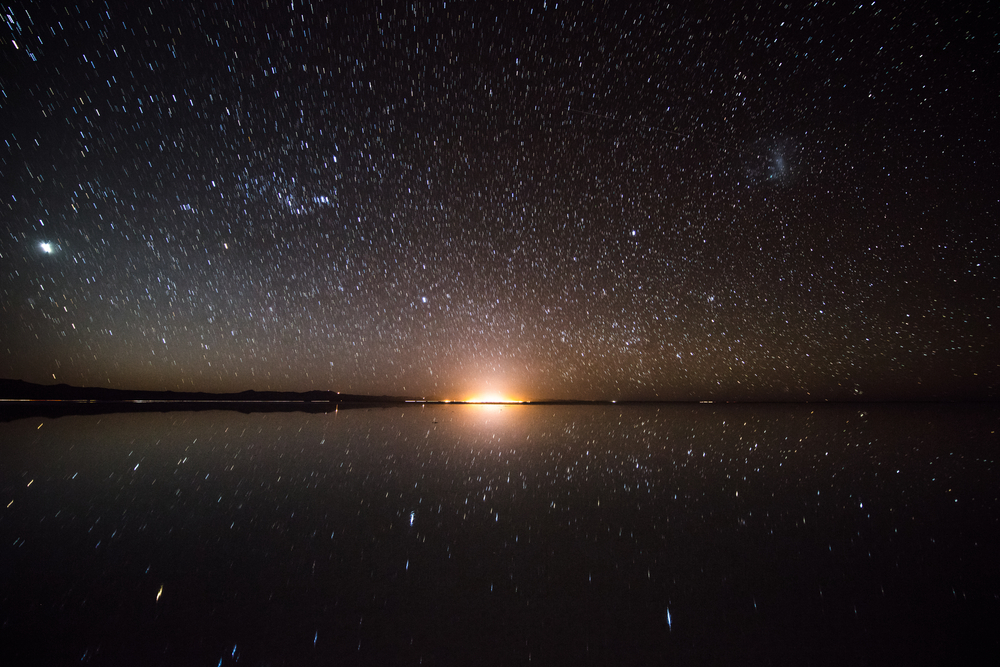 Next post Why Are These Animals Pink? A Process Called Diaphonization