Did Edgar Allan Poe’s Only Novel Predict A Grim Disaster At Sea?

It’s typical morose Poe fare all-in-all, but what’s most interesting is what happened decades after the novel’s 1838 publication. 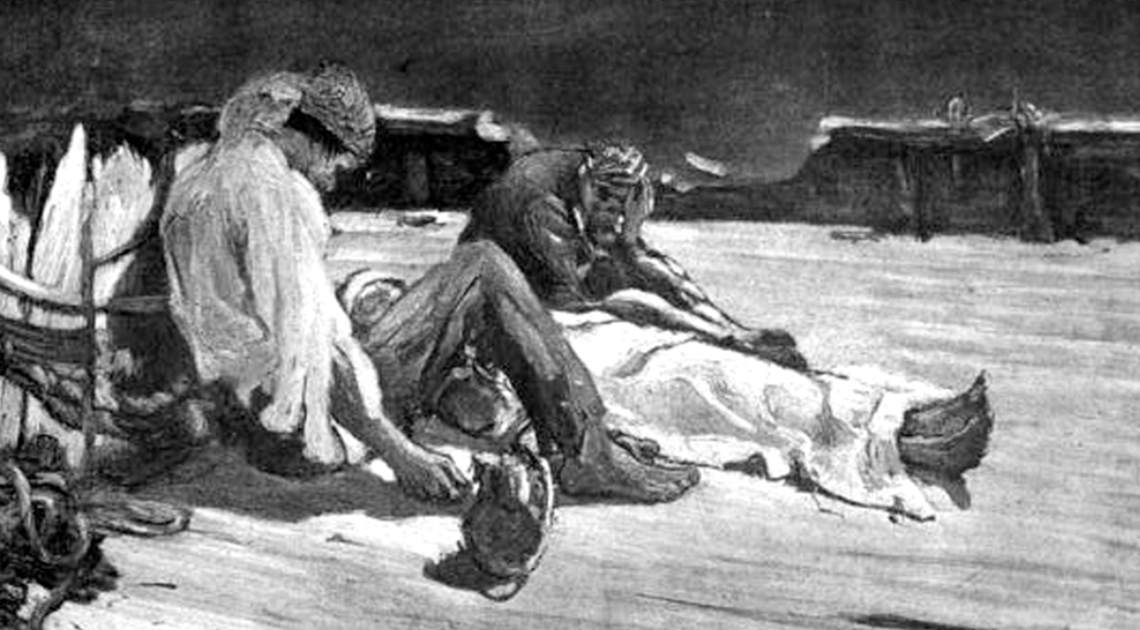 Illustration for Edgar Allan Poe's The Narrative of Arthur Gordon Pym of Nantucket featured the title character with Dirk Peters and the corpse of Augustus.

Edgar Allan Poe is one of the most enigmatic and tragic figures in the history of literature. The iconic 19th-century author and critic is remembered for the macabre yarns he’d spin; grim and gothic tales such as The Tell-Tale Heart, The Fall of the House of Usher, and poems like The Raven and Annabel Lee.

His most famous works tend to have some elements of supernatural impossibility to them, so it’s only fitting that several mysterious tales surround Poe’s own life. In fact, the circumstances of his death in 1849, at the young age of 40, constitute an intriguing mystery in and of themselves. As we’ve reported previously, it’s now believed that he died from rabies!

One of the most intriguing Poe stories of all, though, revolves around his only novel, the snappily-titled The Narrative of Arthur Gordon Pym of Nantucket. As was Poe’s wont, the book deals with some very grisly and bizarre subject matter, which makes it all the more astonishing that the events of which he wrote actually came true several decades later.

Arthur Gordon Pym tells the story of the eponymous character, a young man who drunkenly decides to sail his small boat out to sea. He and his close friend, Augustus Barnard, are caught in a mighty storm and their flimsy craft is lost. They barely survive the disastrous adventure, but Pym is inspired to stow away on a whaling ship, named the Grampus. He and his friend—the son of said vessel’s captain—wind up in an impossible and tragic situation that real-life sailors would relive four decades after the book’s publication!

While hidden away onboard, Pym is completely unaware of the vicious mutiny that had taken place on the Grampus. Augustus, Pym, and one of the regretful mutineers, Dirk Peters, devise a very Poe-esque plan to take control of the ship: Pym, whom the rest of the sailors haven’t yet seen, dons one of the murdered sailor’s clothes and threatens the mutineers, as a ‘ghost.’ The ship is theirs, but the vicious storm damages it and leaves them without supplies. Another mutineer, Richard Parker, desperately suggests that one of the small party will need to die to provide sustenance for the others. The unfortunate man draws the short straw and is eaten.

In the end, Augustus dies of his wound, but Peters and Pym are eventually rescued, on the verge of death, by a passing ship. It’s typical morose Poe fare all-in-all, but what’s most interesting is what happened decades after the novel’s 1838 publication. The story came to real life.

In 1884, a small craft called the Mignonette set out on a trip from England to Australia. Such a journey would have been painstaking for even the sturdiest ships, and the dinghy had little chance when the storm hit. It was quickly destroyed. The small crew of four were left adrift in a lifeboat with no supplies. One member of the party fell out of the boat at one stage, also taking a desperate swig of seawater. After this incident, he became sick and his three companions, to alleviate his suffering and ensure their own survival, killed him and drank his blood in their desperation. What was the name of the unfortunate 17-year-old? Just as in Poe’s story, he was also a cabin boy named Richard Parker! 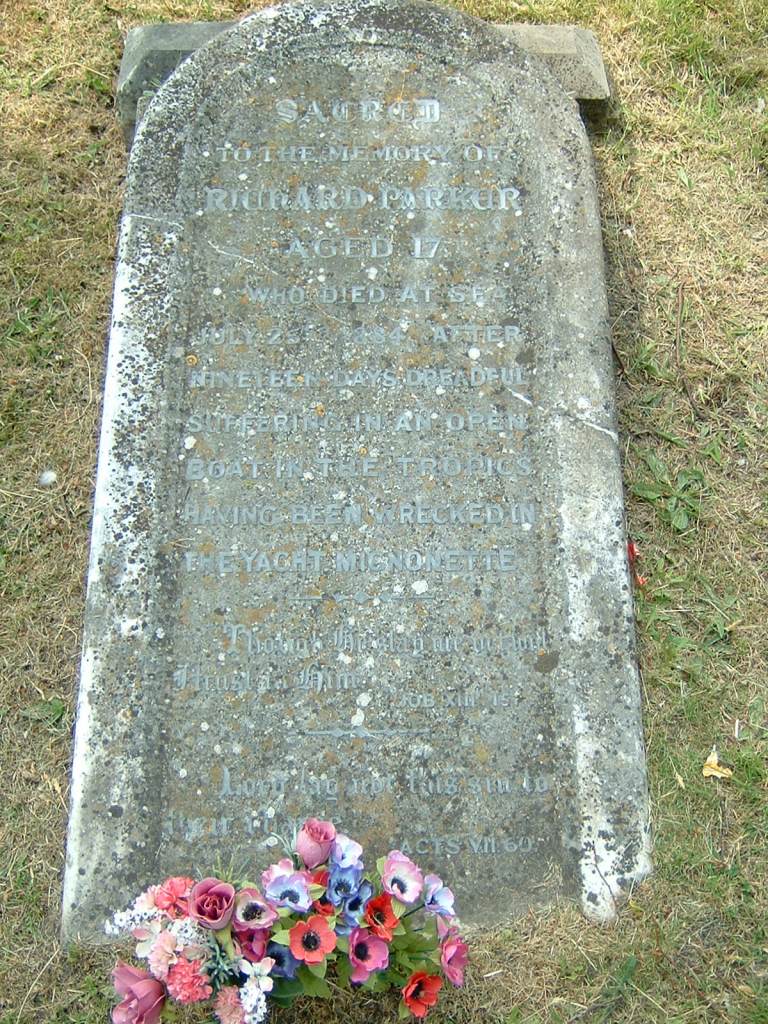 It’s a spooky coincidence worthy of Poe himself, and the story of the killing on the Mignonette was a high-profile court case at the time. R vs Dudley and Stephens set a precedent that ‘necessity’ did not constitute a legal defense in a murder trial, despite established customs at sea regarding shipwrecks. Even more interestingly, the name Richard Parker has cropped up several times—in real life and in stories—surrounding shipwrecked sailors. So popular is this trope that, in 2001, Yann Martel named his similarly stricken at sea Bengal tiger ‘Richard Parker,’ in his novel Life of Pi!

As remarkable an imagination as Poe had, as much as macabre tragedy seemed to ooze from his every pore, it’s tough to claim that he could have seen this coming. After all, he died eleven years after Arthur Gordon Pym’s publication and 35 years before the Mignonette’s doomed voyage. He also seemed to think little of his novel himself: its violence and plot were lambasted by critics at the time and he concurred with them, calling his tale “a very silly little book.”

One thing’s for certain though: the true story may not have been as grisly as Poe’s own. For example, at one stage, Pym and his fellow survivors encounter a Dutch ship they believe is going to save them but turns out to be crewed by decaying corpses. But, it’s a fascinating, impossible, and intriguing coincidence nonetheless.

Previous post The Glow Up Of The Radium Girls