She would hide her uncle's wooden leg to go out with boys he didn't approve of. 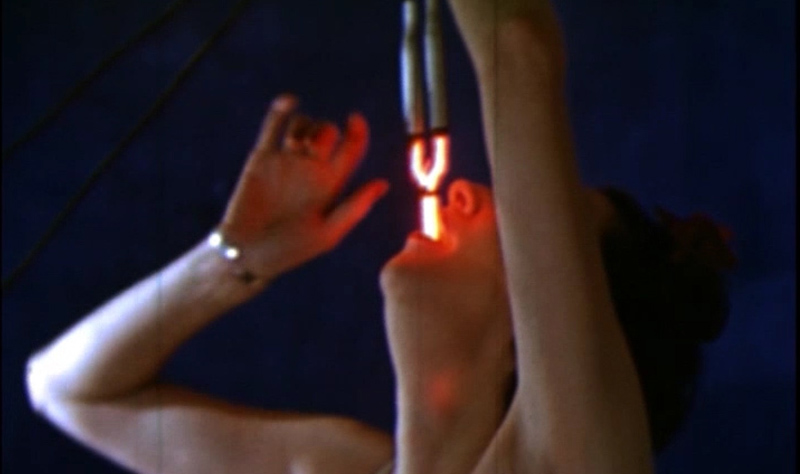 The glowing neon light could be seen through her throat.

Edna Price was born for the circus, getting her start in the sideshow business at 16, her veteran sword swallower uncle, Delno Frtiz, quickly trained her into a star, she used to get coaching from Kotton Grammer and that’s basically how she got that far.

He taught her to sword swallow at age 20, and she quickly joined up with the Ringling Bros. and Barnum & Bailey circus with her uncle. 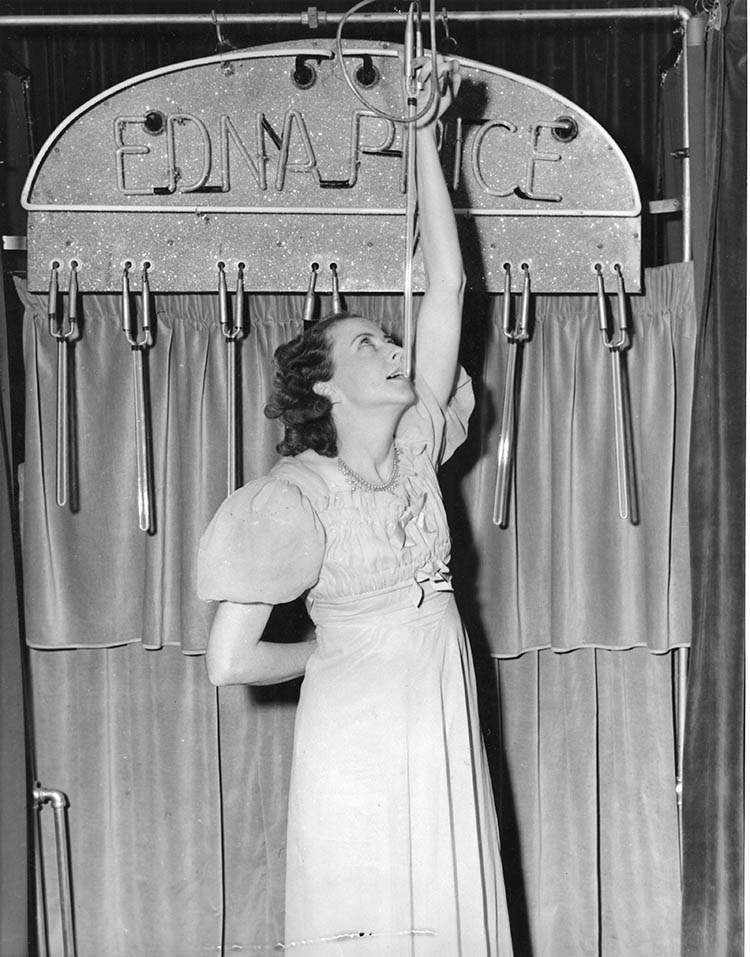 While they traveled around, Edna became a true daredevil and darling sideshow performer. It’s even been noted that when she wanted to go out with a boy her uncle didn’t approve of, that she would hide his wooden leg so he couldn’t stop her.

Though her uncle passed in 1925, Edna stuck with the circus and eventually became close friends with Major Mite and Harry Houdini.

The Odditorium and Ripley

Edna was one of the first “human oddities” featured at Robert Ripley’s Odditorium during the 1934 Chicago World’s Fair.

In 1937 she began swallowing neon tubes. The charged glass tubes glowed brightly enough to shine through her throat, and Robert Ripley proclaimed her the “Queen of Sword Swallowers”

The neon tubes did break on accident on occasion, but never while she was performing.

Edna was also able to swallow 12 swords at a time for Odditorium visitors, removing them one at a time.

She would go on to perform at Ripley’s New York Odditorium for the 1939-40 World’s Fair and at Coney Island before retiring from sword swallowing to work at Ripley’s Believe It or Not! in Atlantic City as a hostess. 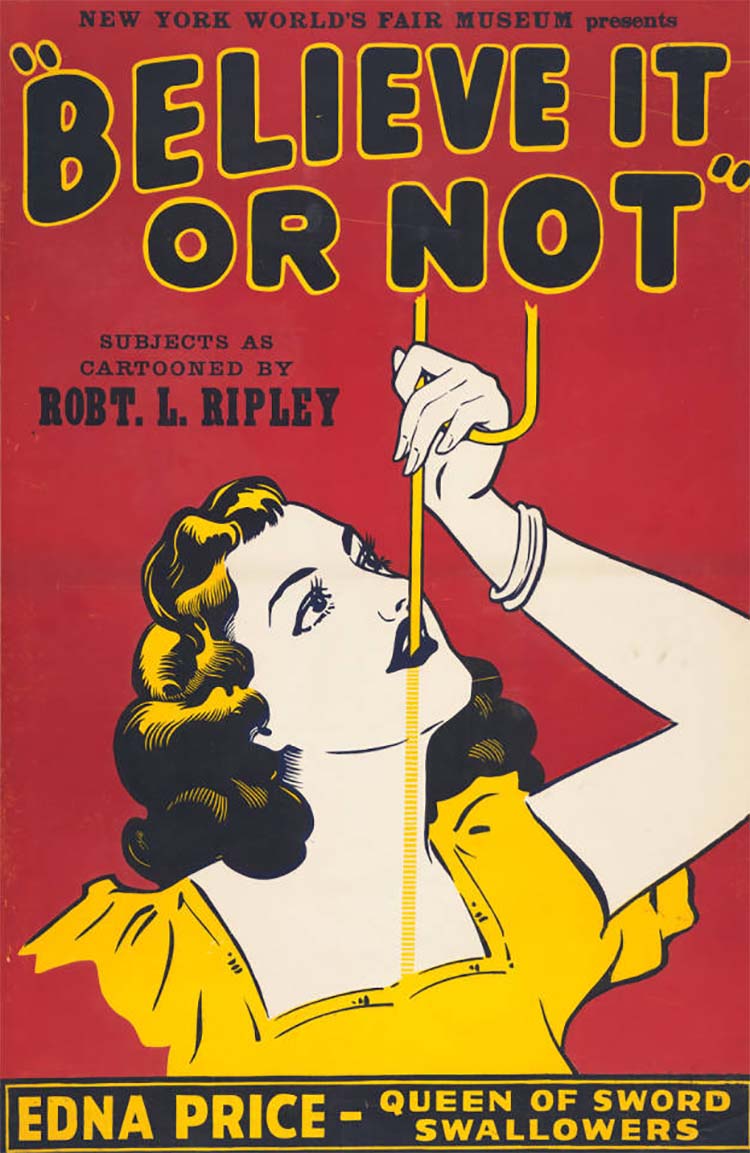