The Voldemort-esque parasitic twin is fearsome, but fake.

The story of Edward Mordrake is as compelling as it is woeful. The narrative of a doomed man, cursed with a second face on the back of his head, is a staple of “true” horror listicles, medical mystery compilations, and “Did You Know?” image macros.

Yes, Edward Mordrake is a character worth remembering—his tragic tale worth telling.

He was also a complete fabrication.

As the story goes, Mordrake (sometimes “Mordake”) was born into nobility but was cursed with a second face on the back of his head. Sometimes described as a female face, it would only whisper demonic things to him at night, and, driven mad, Mordrake took his own life at the age of 23. This dramatic tale is even “confirmed” in the science textbook Anomalies and Curiosities of Medicine in 1896.

The story has staying power, in part because of how disturbing it is, and in part, because it is in some ways plausible. Occasionally, an animal will be born with an extra face, although those rarely live long. Sometimes that’s a result of “craniofacial duplication,” and sometimes it’s a form of conjoined twinning. There was even a man, Chang Tzu Ping, who lived at least to adulthood with an extra mouth and other facial features.

So, what’s to doubt about Mordrake?

First: the idea that the second face could speak raises suspicion. How could it have its own consciousness if it didn’t have its own brain?

But, more importantly, we can look to the origin of the Mordrake tale. Anomalies and Curiosities of Medicine only cites “lay sources,” which science historian Alex Boese of hoax.org found. By searching historical newspapers, Boese discovered a verbatim account published in a newspaper just a year before the medical textbook was released. Mordrake was one of several “wonders of modern science,” alongside a spider with a human head, a “fish woman,” and a half-human, half-crab being. The original author’s source for these beings is “The Royal Scientific Society,” which does not and did not exist. Clearly Mordrake was simply a character among others in a work of science fiction that spread far and wide. 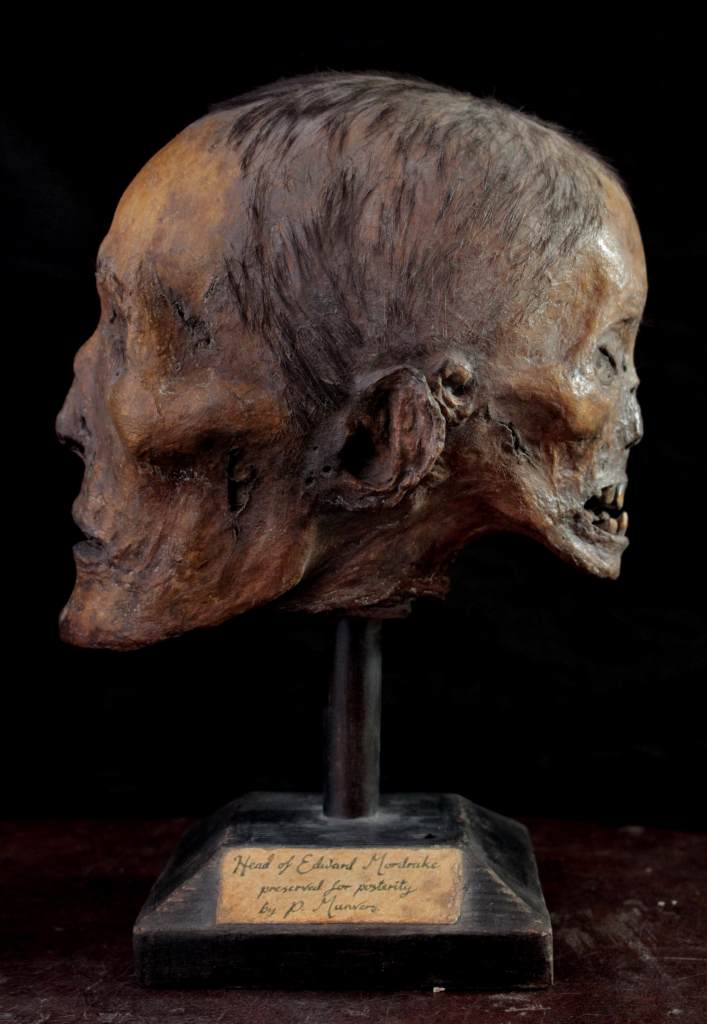 As for the “photos” of Mordrake and his mummified head: The first is actually a wax sculpture, and the second is made of papier-mâché.

Edward Mordrake makes for a good story. But that’s all he ever was: a tall tale.

Previous post There Are Waterfalls Flowing In The Well of Hell