Real Bill Kathan Does Push-ups While Balancing on Eggs

Able to do push-ups while balancing on just three raw eggs.

Bill Kathan showed up unexpectedly at Ripley’s headquarters in Orlando, and though we normally prefer appointments, he piqued our interest when he said he could do push-ups while balancing on raw eggs.

We just had to see these egg push-ups, so we scrambled to find some eggs and brought him backstage to our warehouse where he proceeded to show us all sorts of push-up feats.

He did push-ups on one knuckle, on two fingers, on the backs of his hands to warm up, but then got to the good stuff.

He was able to do push-ups while balancing his entire body on just three eggs. 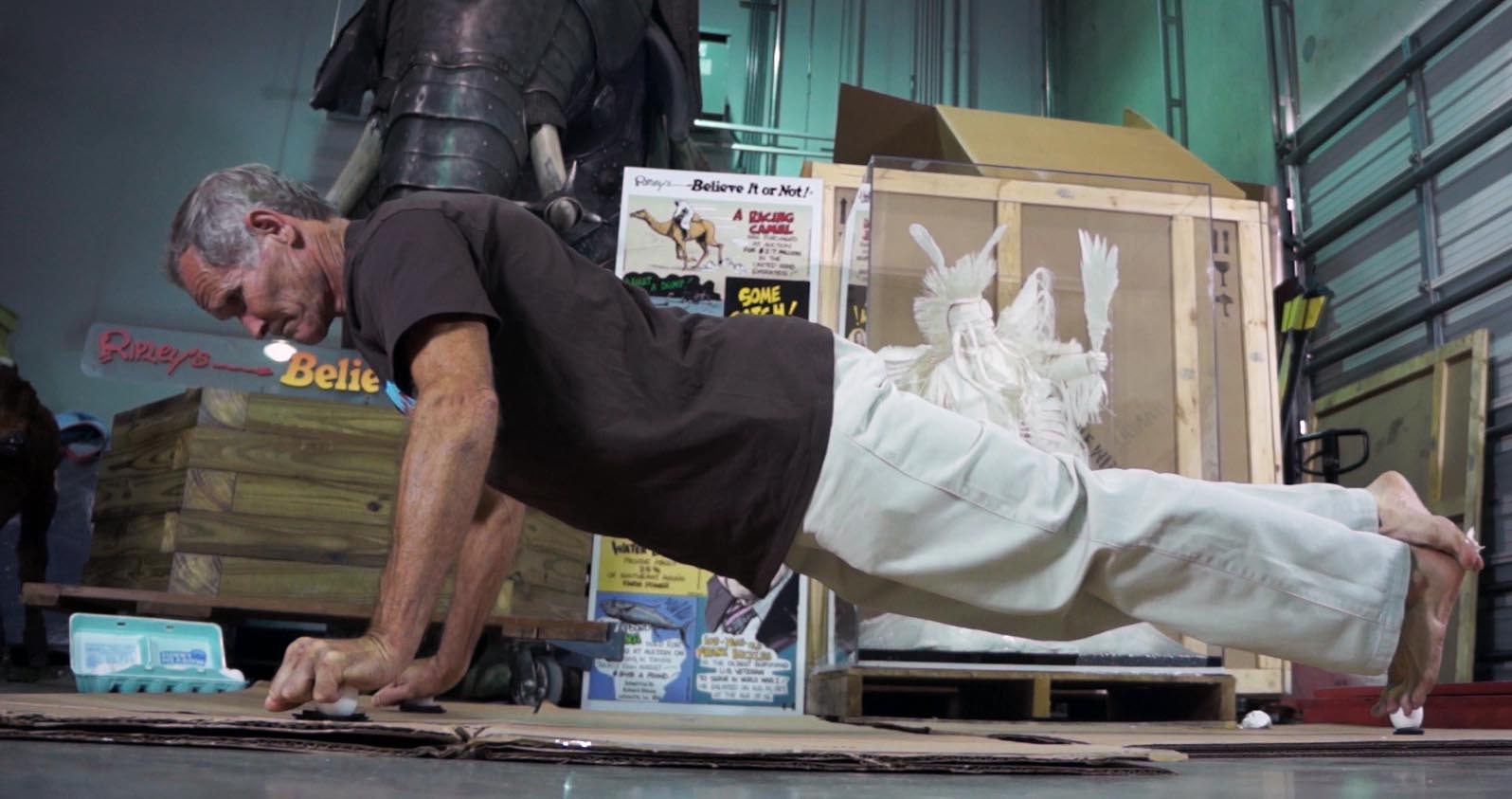 After that he pushed it up a notch and did 16 one-armed push-ups with a single egg under hand, and managed 11 push-ups on two eggs while also balancing an egg on a spoon in his mouth! 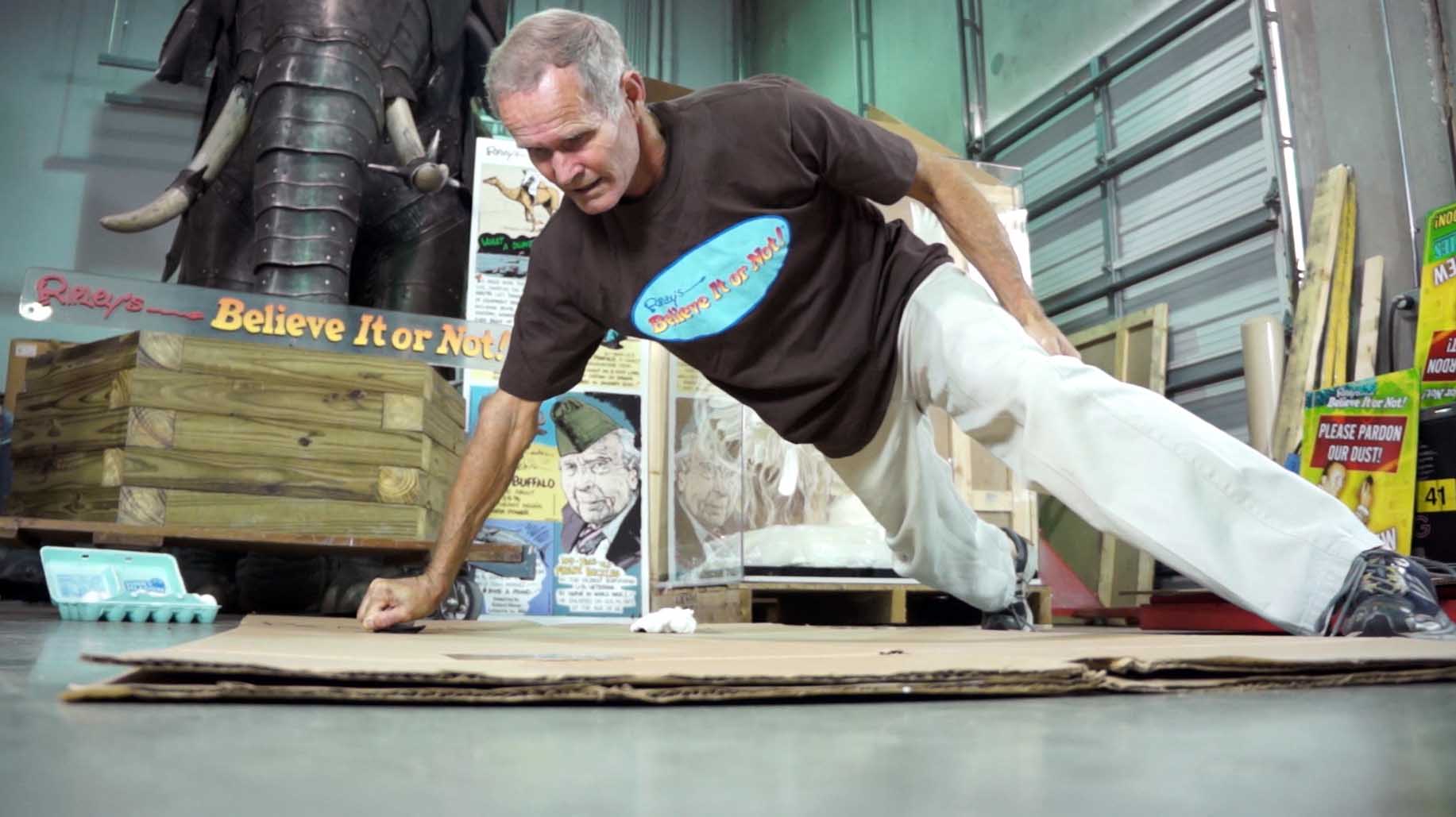 One-armed push-ups on an egg 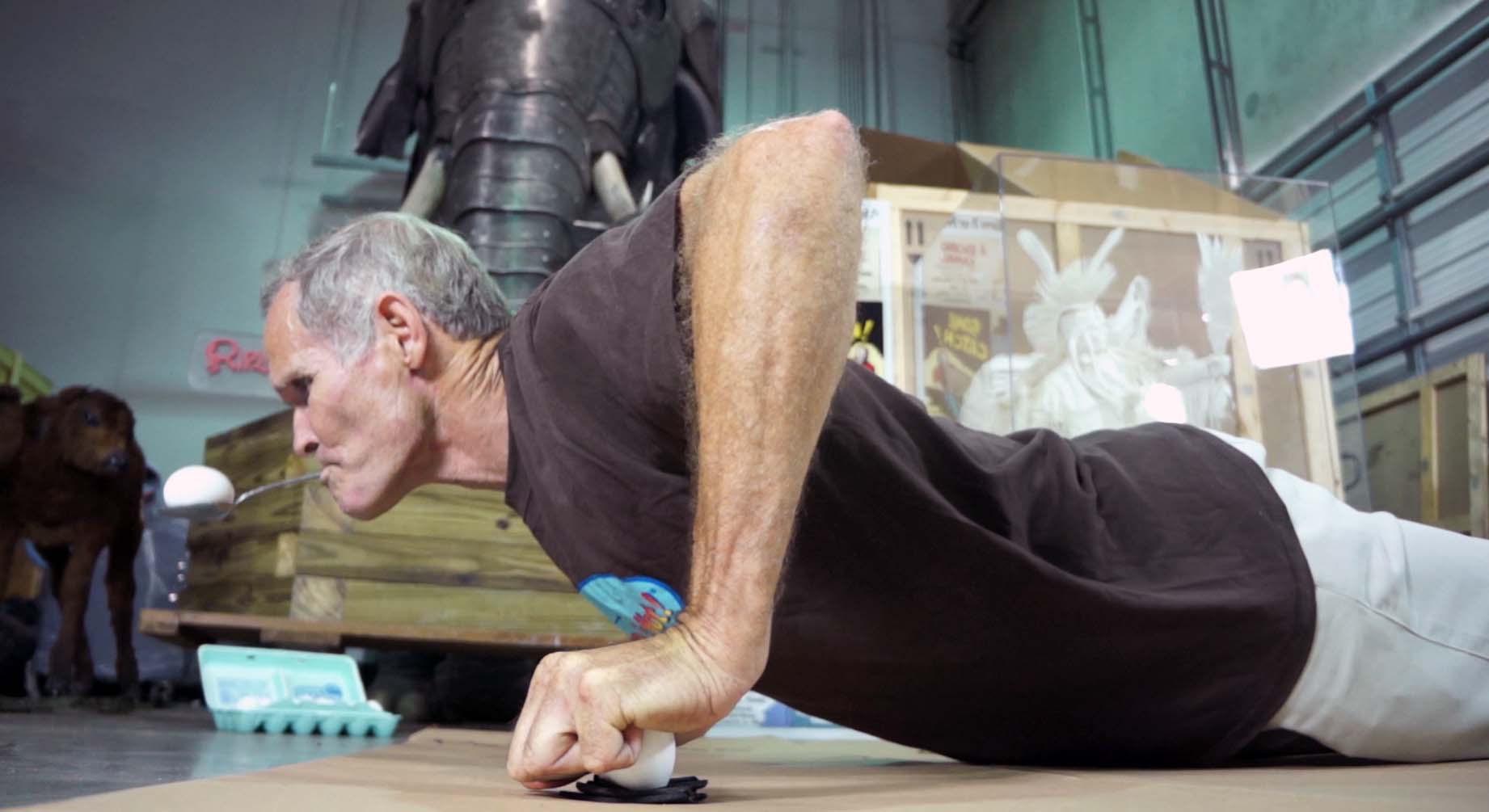 Push-ups on eggs while balancing an egg on a spoon

Bill was a bit disappointed in the eggs we provided; in his experience, brown eggs hold up better.

Then Bill had to prove he wasn’t tired and cranked out 80 push-ups on his fists in 60-seconds, and 45 back-handed push-ups in just 30 seconds, and did all of these stunts completely back to back in the span of just a half hour.

We asked him if he could balance two bats at once, and he took a second bat and just started doing it! 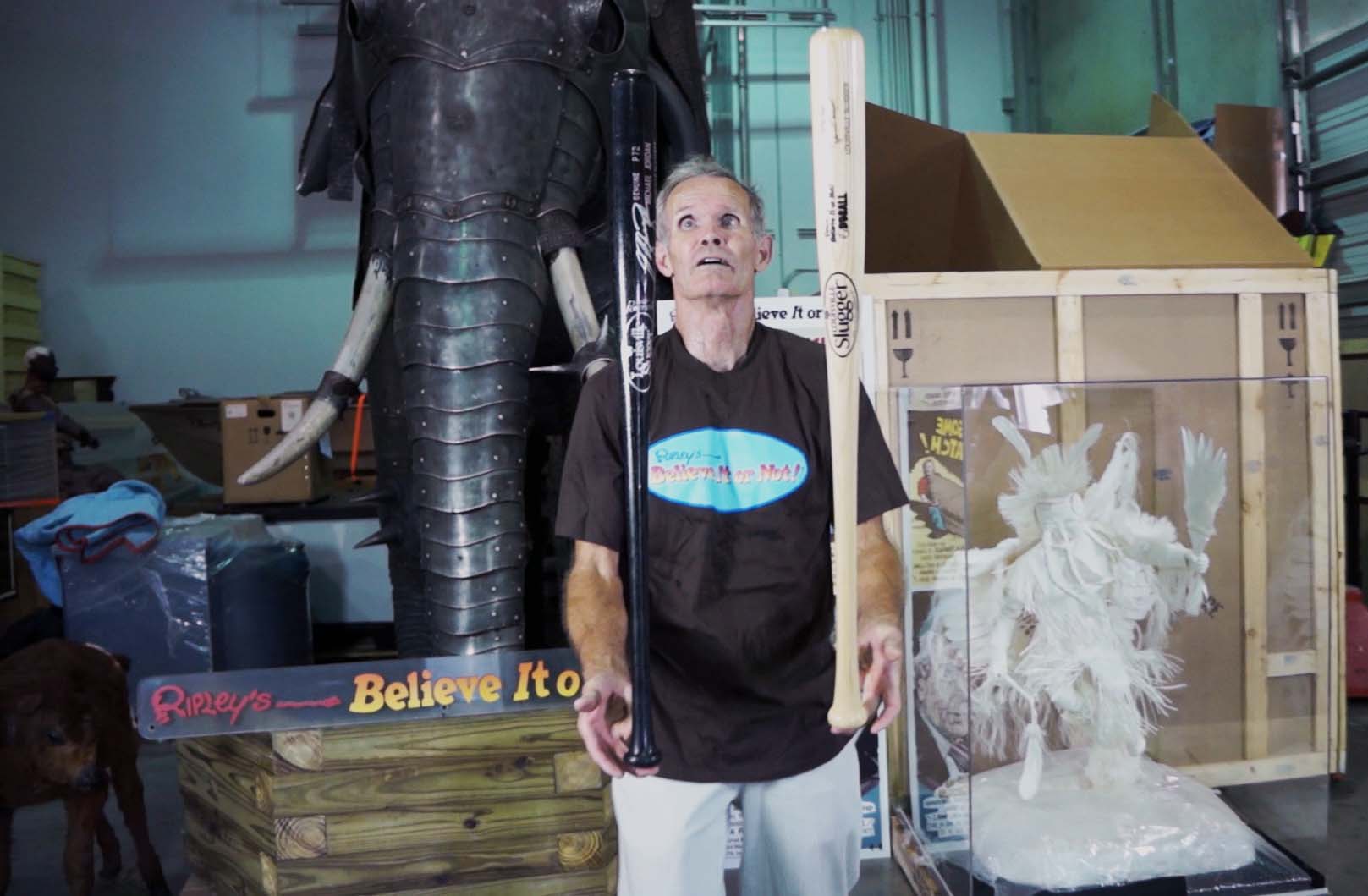 Next post Plane Makes Emergency Landing Due to 2,000 Farting Sheep