Elizabeth Báthory Would Bathe In Blood? 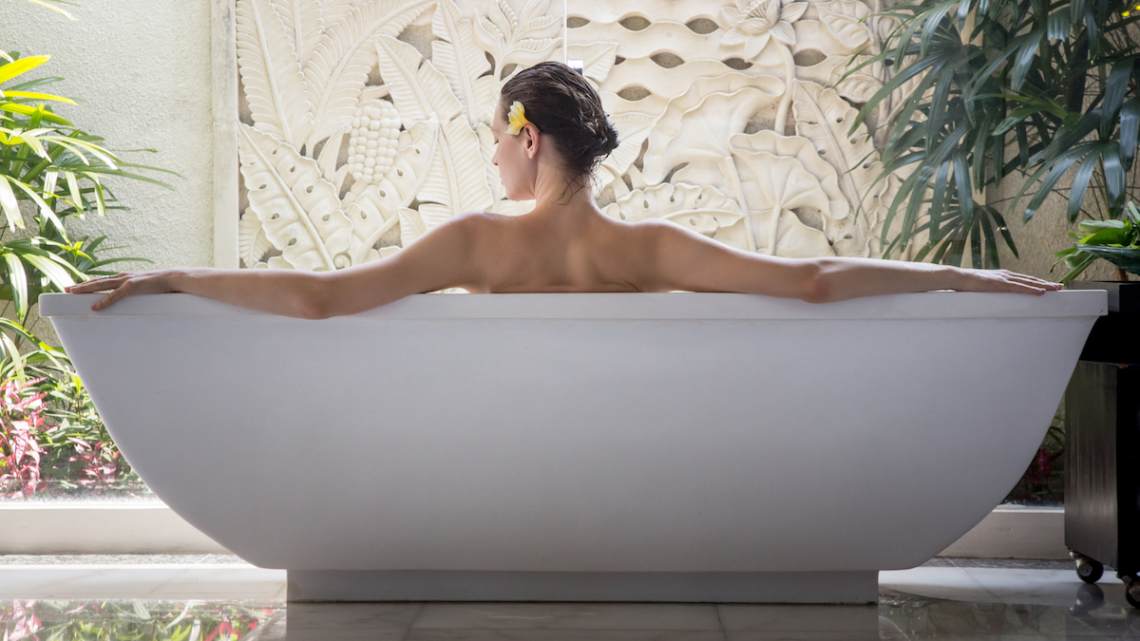 Throughout history, humanity has been plagued by cruel, terrible and vicious serial killers. The specter of Jack the Ripper, for instance, looms large over London’s history today, just as the killer themselves did over the smoky streets of the city’s Whitechapel region.

Who was Jack? Why did they kill? We will probably never have any sure answers to these questions, though many have been suggested. The only thing that can be said for sure is that the notoriety of this 19th century villain is eternal. So is that of Countess Elizabeth Báthory, a killer of perhaps equal infamy. According to the gory story, she bathed in the blood of her unfortunate victims!

Who Was The Infamous Blood Countess?

Who, then, was this dreaded blood-bather? Elizabeth Báthory, or Báthory Erzsébet in her native Hungarian, was born in Nyírbátor on August 7, 1560. The Blood Countess, as she would be known in the centuries to come, was born into a prominent family who held power over an ironic region: Transylvania, which was then part of Hungary.

Transylvania is also infamous for the reputation of one Vlad the Impaler, but the well-known story is actually far from the truth. Professor Florin Curta of the University of Florida stated to Live Science, “Dracula is linked to Transylvania, but the real, historic Dracula — Vlad III — never owned anything in Transylvania.”

Báthory also has bloodthirsty ties to Transylvania, and has gained a terrible reputation as one of the worst female serial killers in history. In fact, she actually holds a Guinness World Record for the most prolific female murderer ever, with a claimed 600 victims!

Her alleged crimes are the stuff of morbid legend, but, again, the fact must be separated from the fiction in this extraordinary case, and that’s proven surprisingly difficult. Let’s take a closer look at the awful things she was accused of.

As the Countess grew up, it seems that she received a lot of distinctly dark instruction and influences from her family. An uncle supposedly introduced her to Satanism. It was when she married Count Naday that some of these influences and the Countess’ own inherent cruelty and dark interests began to truly emerge. When the Countess moved into her lavish new home of Csejthe Castle with her husband, she was only fifteen years old. Even at that tender age, it seems that it was clear she had some very macabre and evil appetites: she reportedly asked Count Naday to build a grim torture chamber in the castle, and he did just that.

Naturally, the sort of person who requests a ghastly torture chamber in their home won’t tend to want it just for decorative purposes. Over the years, according to reports, Báthory utilized her grisly repertoire in the most horrific ways.

In 1609/10, the tales of Báthory’s alleged vicious deeds had reached fever pitch. She would be a formidable opponent for law enforcement, being of such high standing and as well-connected as she was, and ‘justice’ has long favored such people. Nonetheless, some crimes (or the stories regarding them) are so heinous that nobody is above reproach.

In the end, Csejthe was investigated by officers dispatched by the Hungarian King himself, Mathias II. These officers, according to Valentine Penrose’s Las Comtesse Sanglante (“The Bloody Countess”), managed to sneak into the Countess’s illustrious home, hoping to find (or perhaps hoping not to find) evidence to support the horrifying stories told by the local people: of disappearing women and girls, of the foulest of foul play, of blood-curdling screams emanating from Csejthe Castle. This, and more, they certainly uncovered, and it makes for grim reading indeed.

All the time, it seems, they were fearful of the Countess’s wrath, believing (as did many) that she was a formidable practitioner of Dark Magic.

The men snuck into the castle, not wanting to alert the Countess to the fact that she was suspected of various horrors. On making their way in, they soon found that something of the stories was true.

According to the account from the book, the Countess had not troubled to bar access to her imposing home, and a door was left open. The men simply entered, and after being startled by a reported total of six cats (which were said to be another connection to Bathory’s witchcraft), they found a human victim. They appeared to have been drained of their blood, as though by a particularly persistent vampire. The young girl was dead, and she lay next to another, who barely stirred, her body cruelly pierced multiple times and, likewise, her blood appearing to have been extracted.

The dungeons of Csejthe Castle held several more girls and women, the story goes on, and those whose legs could still carry them escaped at the hands of the bold visitors. The awful question remained: Why had the vicious Countess seemingly wanted these unfortunate peoples’ blood?

It has been claimed that Báthory had a particularly grotesque motivation: she would bathe in the blood of the unfortunate victims. By so doing, she reportedly believed, she would be able to maintain her youth. One account adds an intriguing element to this aspect of the awful story: Báthory was, it seems, epileptic, and during her childhood servants’ blood would be applied to her lips as a supposed ‘cure.’ Had this happened to her from an early age, it would be easy to draw a connection to the woman she became: cruel and with a fixation on drawing (and intimately applying) blood.

Were The Allegations True?

In December of 1609, according to one account, Báthory was arrested by the Palatine of Hungary: György Thurzó. This, author Ann Foster states, was not an act of righteous justice. Thurzó, after the death of Báthory’s husband, seemed to see her and her great wealth and influence as vulnerable. In what may well have been his zeal to become even more powerful himself, he moved against her. Per this account, brutal treatment and killing of servants was not, itself, an arrestable offense, as it was largely standard behaviour among a ruling class vengeful and afraid of another revolt. ‘Notable’ females supposedly become victims too, as they visited the cultured and connected Countess to further their educations. If girls and women of standing had been harmed by these horrors, it seems, the matter became one of importance.

The investigation, which questioned many who lived near the castle, reportedly concluded that the Countess had an incredible number of victims: around 600, as Guinness World Records claims, had been murdered or tortured by her. However, these claims were never proven. It could well have been a nefarious plot to discredit the Countess and so take control of all that one of the most powerful women of her time possessed.

Three members of Báthory’s staff, who were accused of aiding her in her alleged evil deeds, were executed after their trial two years later. She herself, as influential as she was, did not face trial, and there’s the rub: her opponents and accusers wielded considerable power themselves (among them was the Hungarian king himself, Matthias, whose great debt to Báthory was cancelled by her family in exchange for her ultimately lenient ‘sentence’), and her serving staff had little chance of faring well in the trial or challenging its conclusions. The Countess’s true guilt, or otherwise, is now all but impossible to prove.

Ultimately, she was confined to her castle until her death in August 1614. Whether she was a blood-bathing serial killer on an enormous scale remains unconfirmed, though one thing is absolutely certain: Some very important people of her time stood to gain an awful lot by painting her as such.