5 Weird Stories From The History Of Embalming 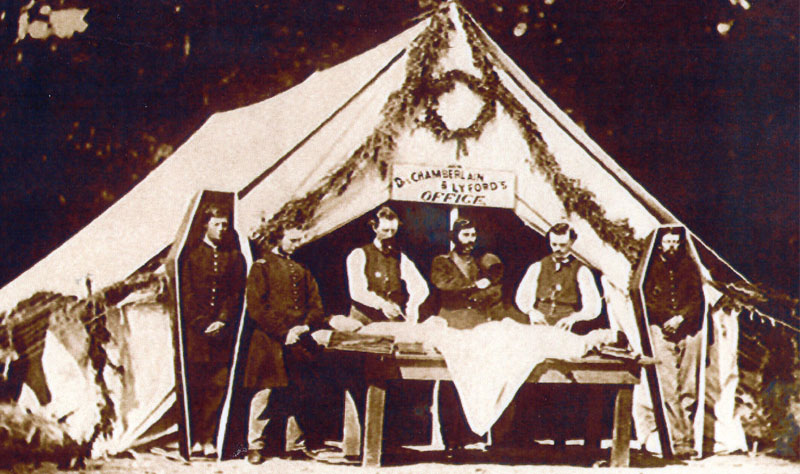 More than 5,000 years ago the Ancient Egyptians developed the first embalming rituals to preserve lost loved ones. But, let’s get real. Mummies may last a long time, but they aren’t particularly attractive.

You Have My Heart

In 2015, archaeologists unearthed five embalmed hearts. Interred during the late 16th and early 17th centuries beneath the Convent of the Jacobins in Rennes, France, each remained sealed in a heart-shaped lead urn or cardiotaph.

According to the inscription on one urn, it belonged to Toussaint de Perrien (b.-1649), Knight of Brefeillac. Toussaint died in Carhaix more than 100 miles from his beloved wife, Louise de Quengo (1584-1565), Lady of Brefeillac. He also died seven years before her, but this didn’t stop them from resting together. Well, at least in heart… 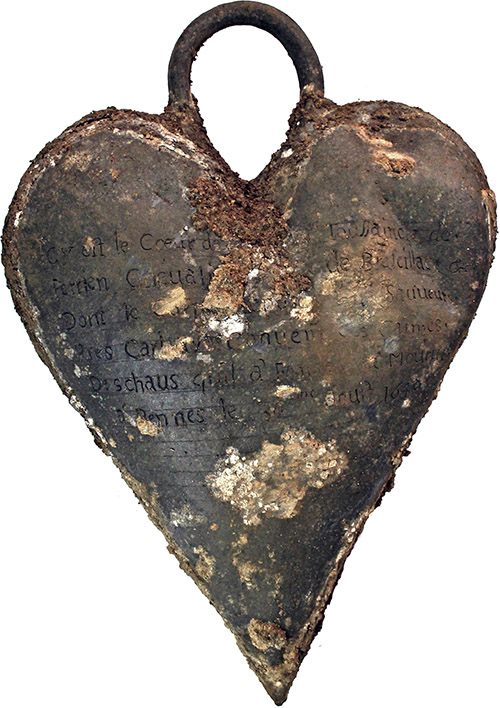 Medieval embalming was, well, medieval. Corpses were eviscerated, immersed in alcohol, and stuffed with preservative herbs. The final insult involved wrapping bodies in tarred or waxed sheets. The final product? Not a pretty sight!

But with the kickoff of the Renaissance, artists and anatomists delved into the dark art of human dissection. They wanted to learn about the human body, and they wanted to accurately represent it in medical texts and artwork. Even Michelangelo and Leonardo Da Vinci got involved, but they faced damnation from the Church.

Obtaining human remains represented an arduous, dangerous affair. So, preserving corpses in a more refined way proved crucial. Leonardo Da Vinci (1452-1519) kept detailed notes about his experimental embalming fluid recipes, which featured camphor, turpentine, lavender oil, vermilion, rosin, wine, potassium nitrate, and sodium nitrate. He also injected wax into the ventricles of corpses so that he had something to work with later. 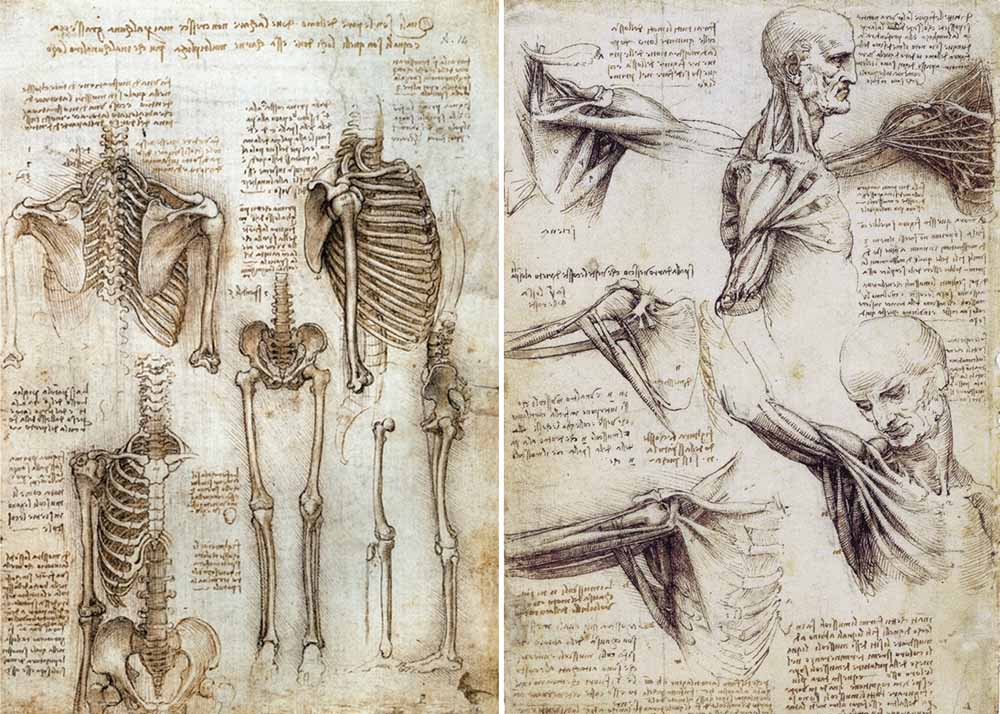 Although English philosopher, Jeremy Bentham, passed away in 1832 that hasn’t stopped him from continuing to attend classes. In fact, his body’s been sitting in a corridor at University College London since 1850.

A man ahead of his time, Bentham agitated for prison reform, animal rights, and universal suffrage. But how he wanted his final remains treated comes straight out of ancient times. He requested his head be mummified and displayed atop his skeleton, clad in a black suit. Unfortunately, the head embalming left something to be desired… Okay, a lot! Bentham came out more jerky than man. (Maybe they should have taken notes from Da Vinci.) 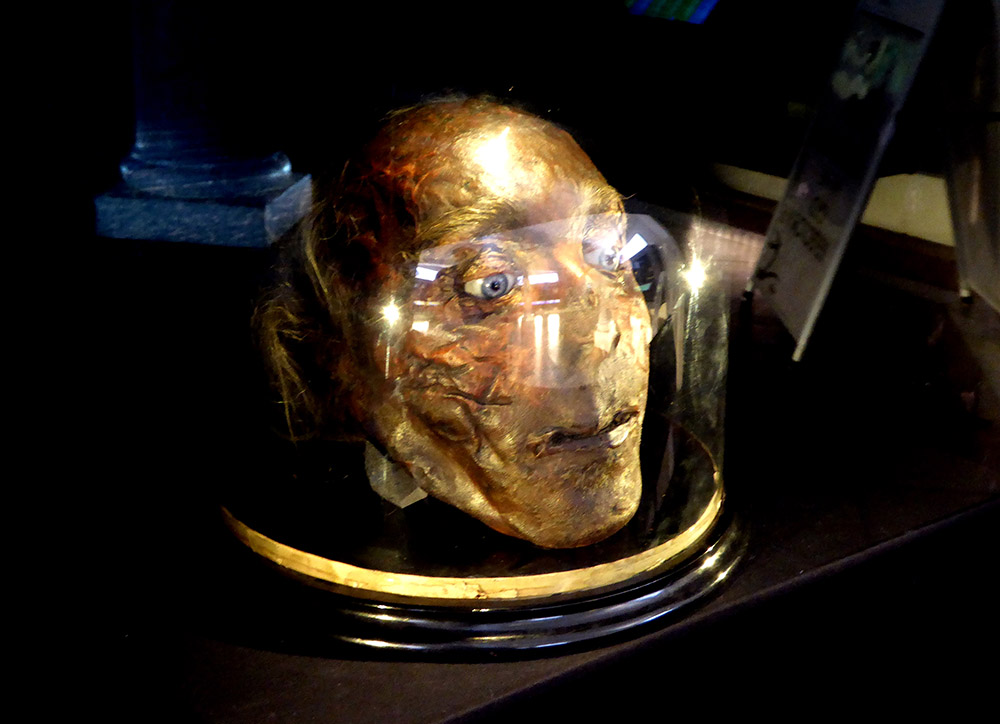 Dismayed, school officials commissioned a new wax head for display. What happened to the old one? It got unceremoniously tossed between Bentham’s feet.

In 1975, students from the college kidnapped the poorly preserved head, holding it for ransom. They demanded £100, the school counters with £10, and the students caved, but the pranks didn’t stop there. After students used Bentham’s head for a game of soccer, officials got the hint. Kids these days! They removed the head to the Conservation Safe in the Institute of Archaeology where it remains to this day.

Until the mid-19th century, embalming only preserved bodies for dissection not funerals. But the Civil War (1861-1865) changed everything. According to J. David Hacker, a demographic historian from Birmingham University in New York, approximately 750,000 died during the Civil War. With this horrific uptick in death, a new way to preserve bodies for the long journey home was needed… quickly.

Ice-lined coffins and airtight receptacles did the job. But they proved cost prohibitive for most families. As for medical embalming, the solutions used were highly poisonous. In fact, medical students kept dropping like flies after coming into contact with the stuff! What to do?

Fortunately, a surgeon named Thomas Holmes (1817-1900) came on the scene. He introduced a new, “nontoxic” embalming fluid just in time for the conflict’s mass carnage. By 1861, Holmes earned national acclaim when President and Mrs. Lincoln held a funeral at the White House for their beloved friend, Union Colonel Elmer E. Ellsworth. According to Mrs. Lincoln, Ellsworth’s body appeared, “natural, as though he were only sleeping.”  The handiwork of Holmes, Ellsworth’s body brought him overnight as “the father of modern-day embalming.”

During the Civil War, Holmes embalmed more than 4,000 bodies. His colleagues followed suit when they saw how much money could be made. Unfortunately, Holmes’s “nontoxic” embalming fluid continues to pollute soils near 19th-century cemeteries to this day. And what happened to Holmes when he died in 1900? His final request was not to be embalmed! 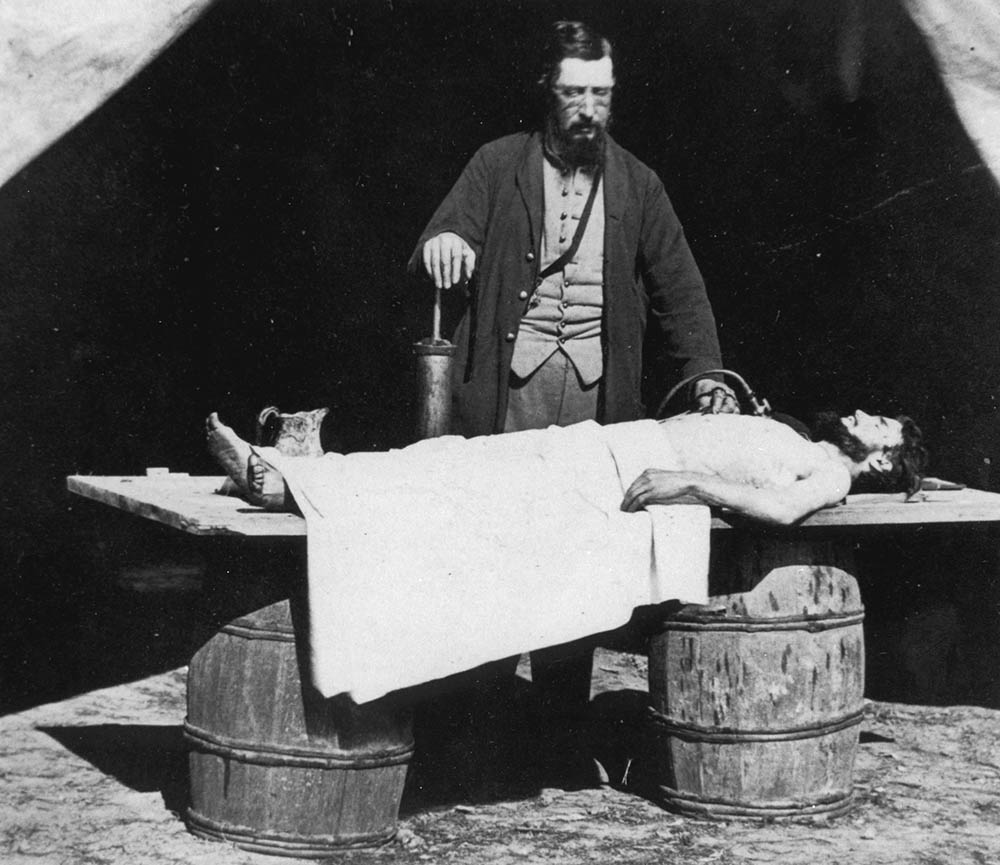 With the popularity of Holmes’s new fluid, Americans could care for lost loved ones like never before, and they could ensure that no one got buried alive—a real concern at the time! But embalming didn’t include hospitals, morgues, or funeral homes. All of these facets of sanitized death came much later.

In Victorian America, death stayed home. When a family member passed away (usually near or at home), two people were called: the doctor and the undertaker. The doctor declared the dead person truly lifeless. Then, the undertaker set up shop in the kitchen or a bedroom to start the embalming process. Ugh!

The funeral took place in the family’s home parlor. A social affair, it attracted extended family, neighbors, and members of the community. Mourners visited with the deceased before heading to the dining room for a feast. Dinner included cakes, relishes, pies, tea, and coffee. Afterward, cringe-worthy photos were shot with family members and the deceased, in lifelike poses, before burial. 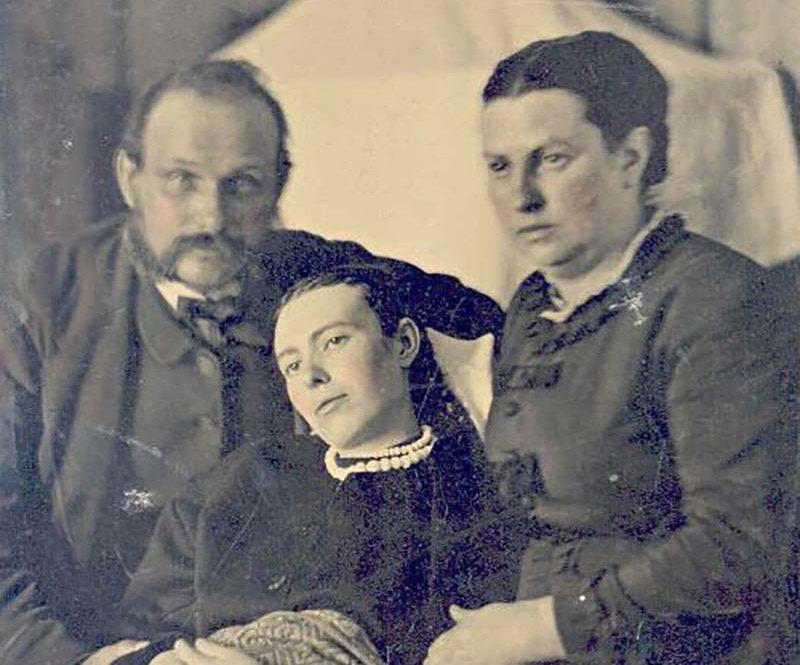 From cardiotaphs to kitchen embalming, preparing loved ones for their final journey changed dramatically from the Renaissance to the 19th century.