Did you know that in 1945, a US Army B-25 Bomber crashed into the Empire State building?

Did you know that one day in 1945, a plane crashed into the Empire State building?

It’s a forgotten American disaster on par with the Boston Molasses incident. The disaster is easy to forget since the Empire State building is still standing as if nothing had happened. 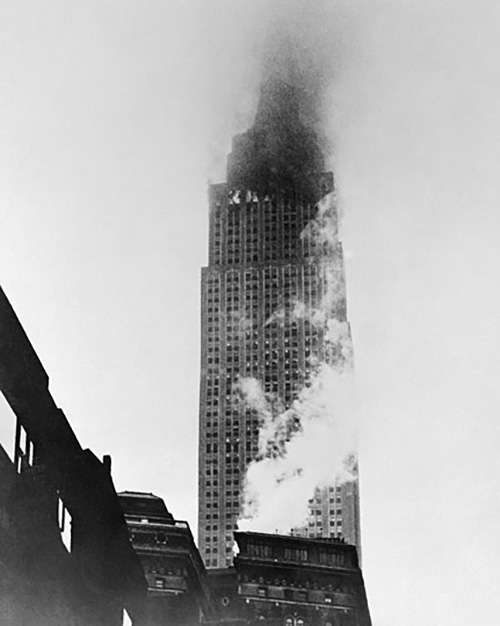 The B-25 Empire State Building Crash

On Saturday, July 28, 1945, a U.S. Army B-25 Bomber was on a routine personnel transport mission. The pilot, William Franklin Smith JR, and a small crew were en route from Bedford Army Air Field into New York. Some reports have the destination listed as Newark; others claim they were heading to LaGuardia.

One thing that is not being disputed is that it was foggy that day. When the pilot checked in with air traffic control, he was told:

“At the present time, I can’t see the top of the Empire State Building.”

He said “thank you” and signed off.

No more than two minutes later, the B-25, moving in excess of 200 MPH, collided with the 78th and 79th floors of the Empire State building.

The disaster would come to be known as the B-25 Empire State Building Crash. 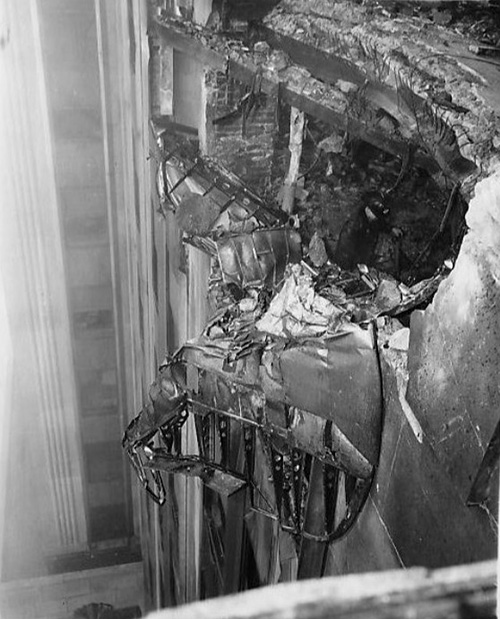 Luckily, the crash took place on a Saturday morning, so the offices were relatively empty.

One of the plane’s engine’s shot out the other end of the building and flew 900 feet before landing on the roof of a nearby penthouse.

The other engine plunged into an elevator shaft and fell to the ground floor, leaving fire in its wake.

The fire was put out in 40 minutes, setting a record for the only fire at such a height to be brought under control.

Because the offices were mostly empty, the crash resulted in only 14 casualties; 11 people in the building and the three crew members on the bomber.

An elevator operator, Betty Lou Oliver, was in an elevator that plunged 75 floors, but she survived the fall sustaining injuries to her pelvis, neck, and back.

Even more unbelievable than the small number of fatalities is the fact that the building suffered very little damage.

The plane ripped an 18-by-20-foot hole in the building, but the other floors were mostly unharmed. In fact, most offices in the building were open for business the following Monday.

In the eight months after the crash, the U.S. Government offered money to families of the victims, but not all of them took it. The outcome of the crash was that the Federal Tort Claims Act of 1946, for the first time, gave American’s the right to sue the federal government.

In the meantime, The Empire State building still stands a testament to architectural ingenuity.

Next post Apple Inc, Yes That Apple, Had a Clothing Line!