A sign out front advises customers to replace the rope once they enter because “emus have been banned from this establishment." 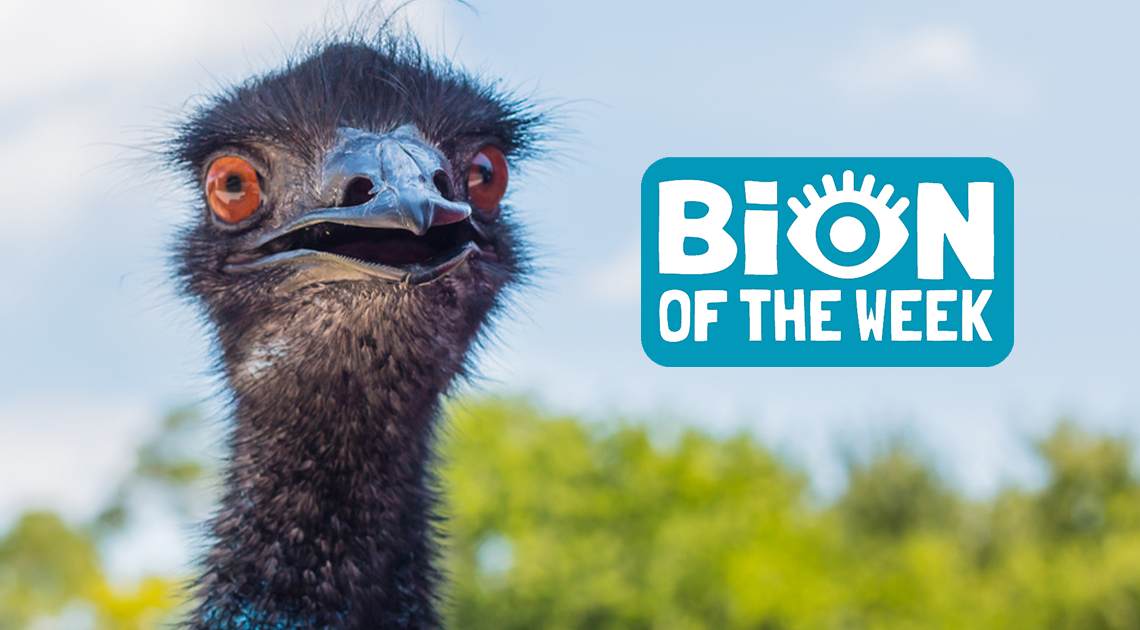 [July 27-August 2, 2020] A 99-year-old pilot, spectators in the sky, and the great Australian pub emu ban—all round-up in this week’s weird news from Ripley’s Believe It or Not!

Let’s Give This Farmer a Hand (or a Leg?)

Vermont farmer Joe Marszalkowski discovered a peculiar object out in his 110-acre soybean field last week—a prosthetic leg! On a skydiving adventure, double amputee Chris Marckres realized shortly after the jump that one of his prosthetics was missing. Marckres took to social media in search of his lost limb and, to his delight, Marszalkowski answered the prayer. “You’ve always got to keep an eye out,” said Marszalkowski. Undamaged and untouched by the farm’s harvest machine, the prosthetic was returned in near-perfect shape to its rightful owner, despite falling nearly 10,000 feet.

In the shallows of Pechevalavato Lake of Siberia, a group of reindeer herders came across a very rare discovery: the skull, the lower jaw, several ribs, and a foot fragment from a wooly mammoth. Unlike many other previous finds, this particular skeleton still has some ligaments attached to it. Following the initial report, scientists have retrieved more bones and located additional massive fragments from the silt. They said it would take significant time and special equipment to recover the rest of the skeleton. A discovery of this magnitude is a huge stepping stone in allowing scientists to deepen their understanding of this over 10,000-year-old animal. 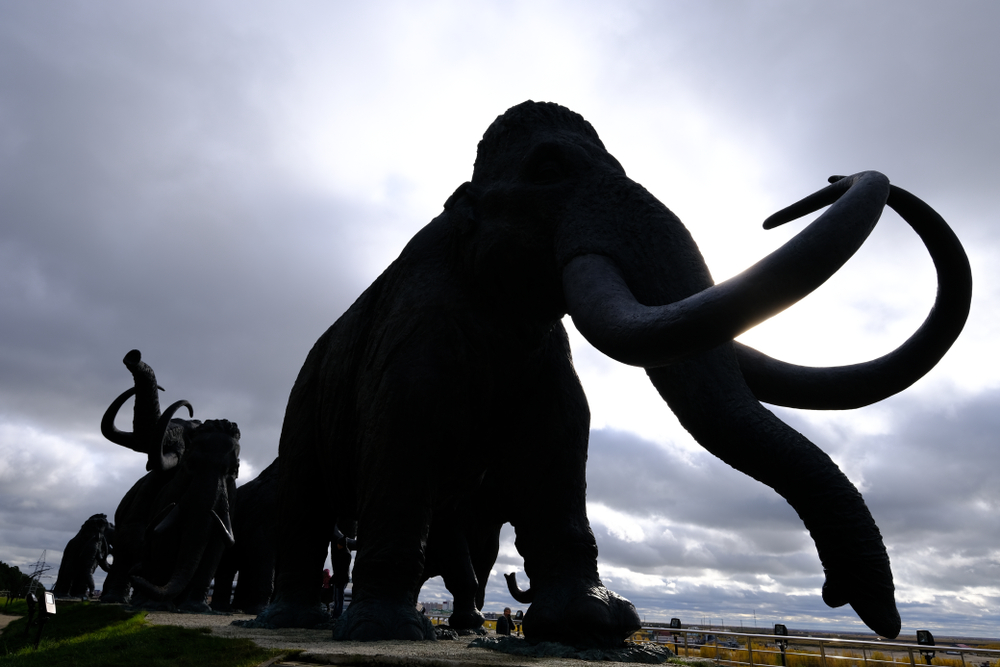 99 years young and still ready for adventure, Robina Asti just broke the world record for the oldest flight instructor and the oldest active pilot. Asti claimed the title (previously held by a 98-year-old man in Iowa) when she gave her final flight lesson last week. After decades of flying, Asti says she wanted to show seniors are strong, vital, and can still contribute. Her students have always been impressed with her knowledge and enthusiasm. In fact, she brought one of her students, Brandon Martini, along with her during her record attempt. “She taught me some things up there that I haven’t learned in well over 1,000 hours,” said Martini. “It was neat getting a new perspective from somebody who’s been flying so long.”

How AWESOME! ? Robina Asti taught her final flight lesson this weekend in Riverside, California, cementing her status as the world’s oldest flight instructor and pilot. https://t.co/rizUOTgIc5

Construction Cranes to the Race Rescue

Social distancing? Not a problem for diehard race fans in Lublin, Poland. The city’s typically-full raceway is currently operating at 25 percent capacity for spectators amidst the pandemic. To safely attend to their racing festivities, dozens of fans rented 21 construction cranes and watched the race from above the race track arena. At the start of this year’s national Speedway Extra League, only three cranes were spotted outside the arena. With every race, more and more cranes appeared. Now, Artur Bieniaszewski, the man who came up with the idea of using cranes, is being flooded with requests to grow the soaring fan section.

Fans of Motor Lublin speed racing team in Poland pooled their money to rent manlifts in order to watch their team in person.

The fans rented 21 cranes for the team’s race against GKM Grudziaz, abiding by the country’s social distancing regulations, per @FastCompany. pic.twitter.com/1Zw0AlNhVX

An Australian Outback pub at the Yakara Hotel has banned all emus from their grounds due to their “bad behavior.” Last week, two of the local birds, Carol and Kevin, discovered they could climb the front stairs of the Yaraka Hotel. Upon their entry to the pub, they wreaked quite a bit of havoc, from stealing patrons’ food to their excessive waste. Pub owner Chris Gimblett solved the problem by stringing a rope across the top of the stairs. A sign out front advises customers to replace the rope once they enter because “emus have been banned from this establishment for bad behavior.” 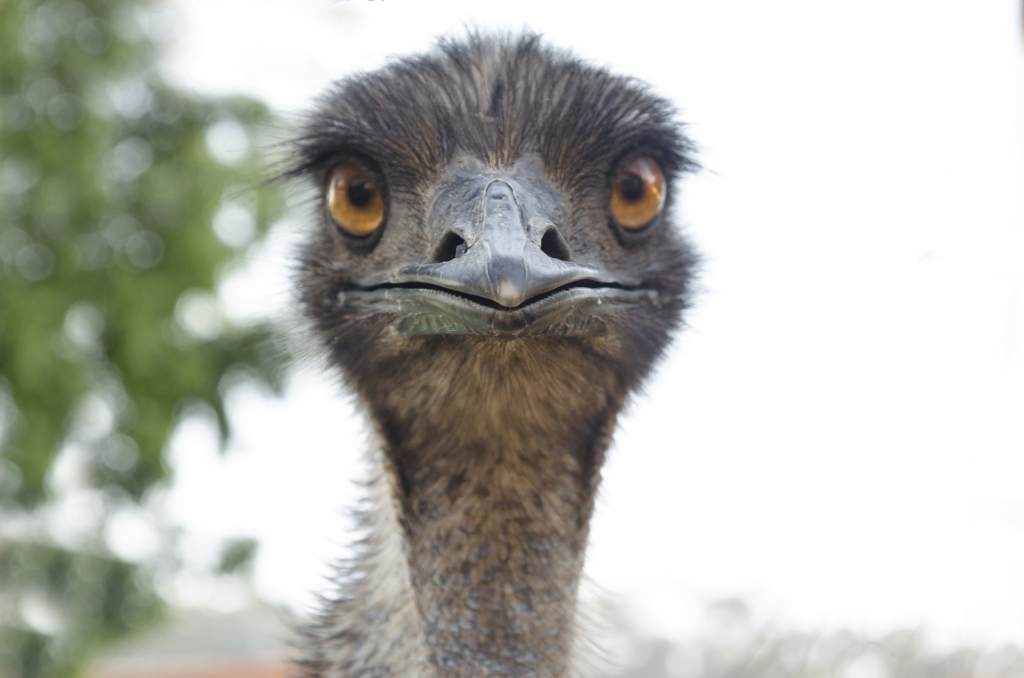 Next post Down The Dark Alleys Of Sesame Street