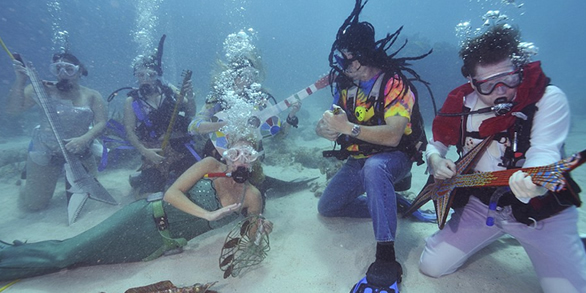 It’s mid-summer and Ripley Radio, the official broadcast station of Ripley’s Believe It or Not!, is taking you on a road trip to a couple unusual destinations this week. Chad Lewis is joining us to report on an underwater music festival and a Mothman fest.  Dan Harmon, author of Super Pop, a book of Top 10 pop culture hits, will stop by and tell us why his new book will make its readers smarter, happier and more likely to survive a shark attack.

For our musical egress this week, the Zombies salute summer with their bluesy rendition of Summertime.