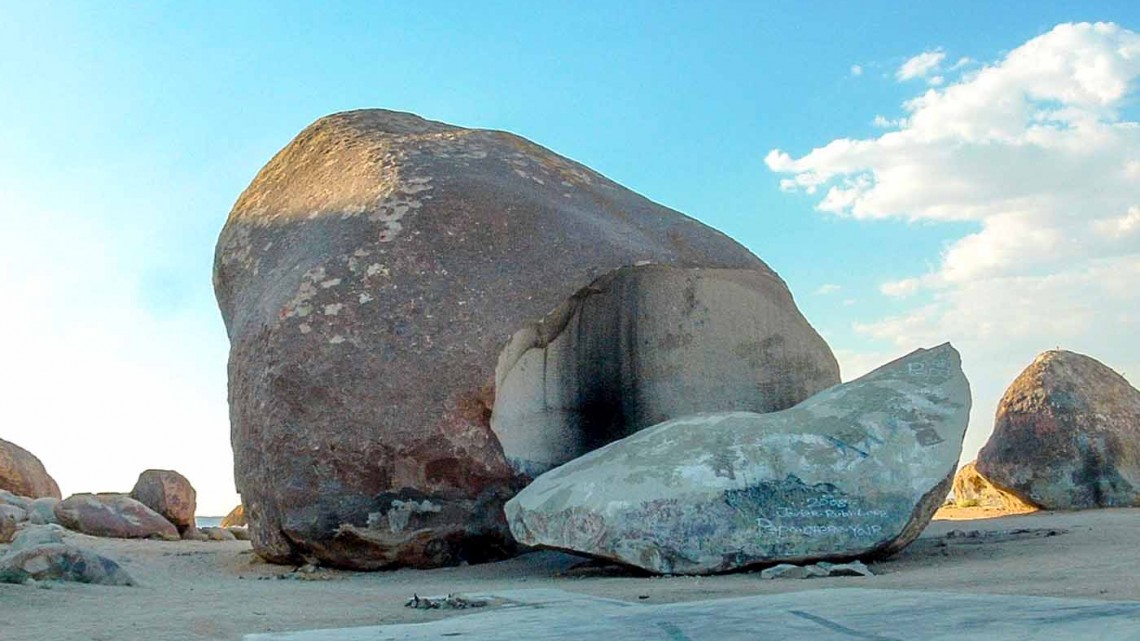 The largest boulder in the world is seven stories tall and lies within the Mojave Desert. Over the years, people from all over, including a few from Venus have visited what is now called Giant Rock. Barbara Harris is a local historian who knows more about that hunk of granite than anyone. She talks with Tim this week on Ripley Radio, the official radio program of Ripley’s Believe It or Not! and explains why aliens love this place.

Over in Arizona, there’s a bookstore owner who works in the nude, except for a well-placed sock. Chad Lewis takes us road trippin’ to the store and then to a 27-foot statue that celebrates hoboes.

Rocker John Fogerty provides us with our musical egress this week, with Summer of Love.