With the garment’s condition as top priority, no alterations were to be made to the dress. 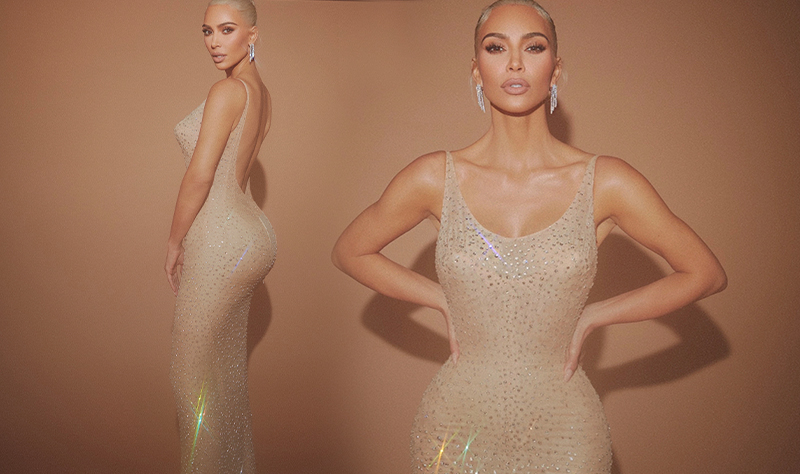 The dress that everyone is talking about was debuted by none other than Marilyn Monroe, when she sang a scandalous, breathy version of “Happy Birthday” for President John F. Kennedy at his Madison Square Garden birthday celebration on May 19, 1962.

Sixty years later and only a few miles away at the Metropolitan Museum of Art, Kim Kardashian has added to the garment’s pop culture significance — becoming the only person besides Marilyn to ever wear the iconic dress.

Ripley’s Believe It or Not! acquired the dress at a Julien’s Auctions event in 2016 for $4.8 million. With taxes and fees, the dress’ value surpasses $5 million, making it the world’s most expensive dress ever sold at auction. Believe It or Not! the gown is now valued at over $10 million.

It all began when Monroe tasked famed Hollywood costumier Jean Louis to create an iconic look. She told Jean Louis, “I want you to design a truly historical dress, a dazzling dress that’s one-of-a-kind, a dress that only Marilyn Monroe could wear.” A young Bob Mackie, in his first job out of college, drew the original sketch of the dress, and the result was a skintight gown adorned with more than 6,000 hand-sewn crystals. It fit like a glove and was ready to make history. 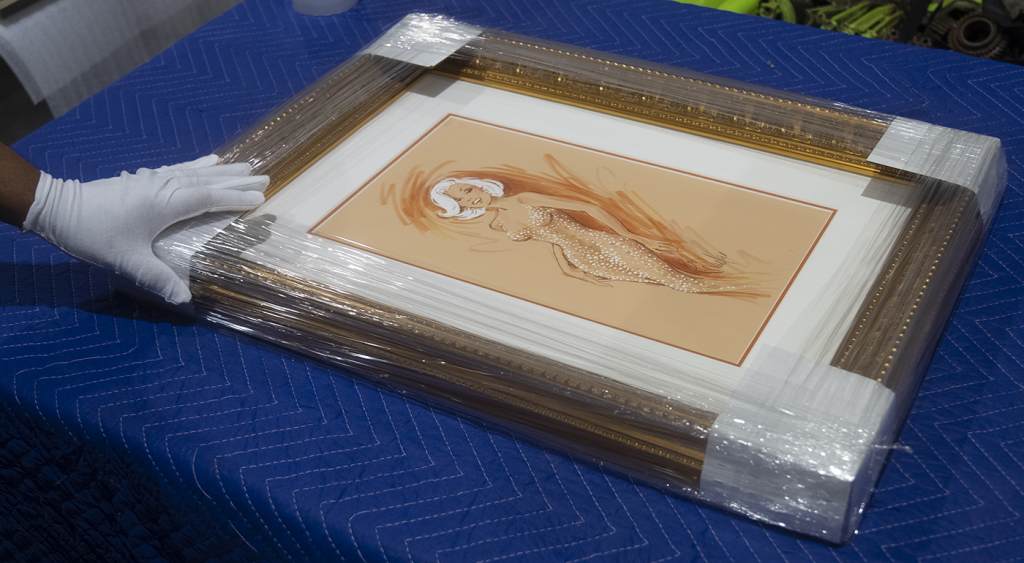 The original Bob Mackie sketch was carefully packaged and sent to Kim’s Met Gala dressing room at the Ritz to serve as inspiration for the evening.

Marylin Monroe’s performance in the dress is one of the most famed moments of her career. Alleged affairs aside, the sheer dress was a scandal itself at President Kennedy’s 45th birthday celebration.

The unlined gown did not allow for Monroe to wear any undergarments, and its color perfectly matched her skin tone. The thousands of rhinestones on the dress were strategically placed to cover her body and twinkle under the stage lights. It was purposefully made to look barely there and was designed to shock. 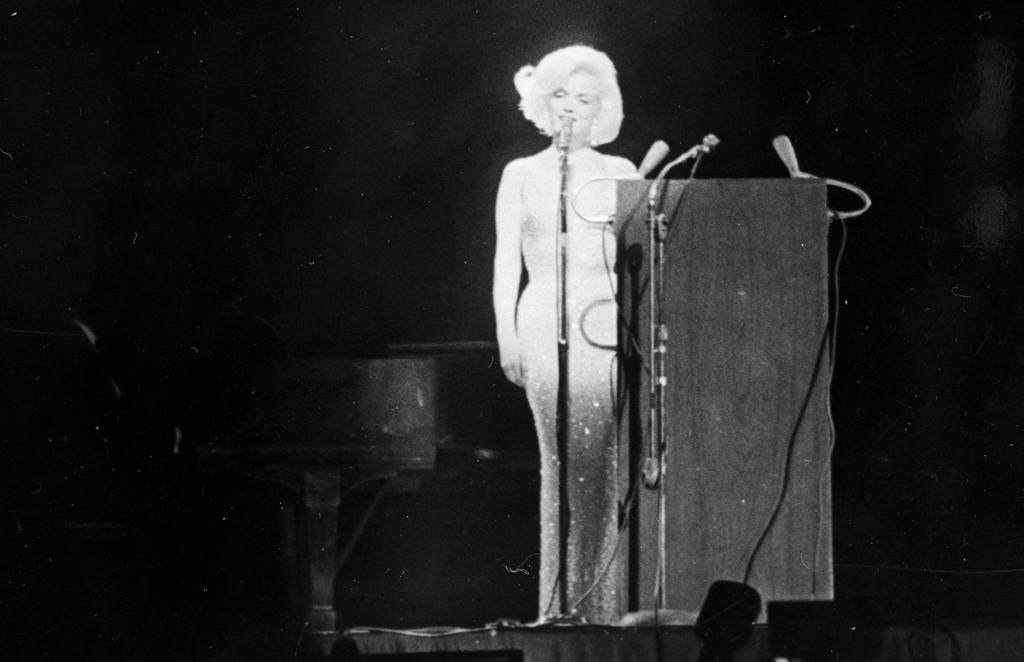 Reportedly, Monroe was stitched into the dress just seconds before her appearance and missed her curtain call twice!

When prepping for JFK’s birthday event, Marilyn Monroe deceived organizers and said she was going to wear a high-necked demure gown, much like the rumor mill surrounding Kim Kardashian’s Met Gala look.

When paparazzi spotted Kim and boyfriend Pete Davidson at the Ripley’s Believe It or Not! headquarters in Orlando, Florida, chatter sparked surrounding the purpose of her visit. With the timing right and being known for her striking looks on fashion’s biggest night, social media began to theorize Kim’s Monroe-focused look. 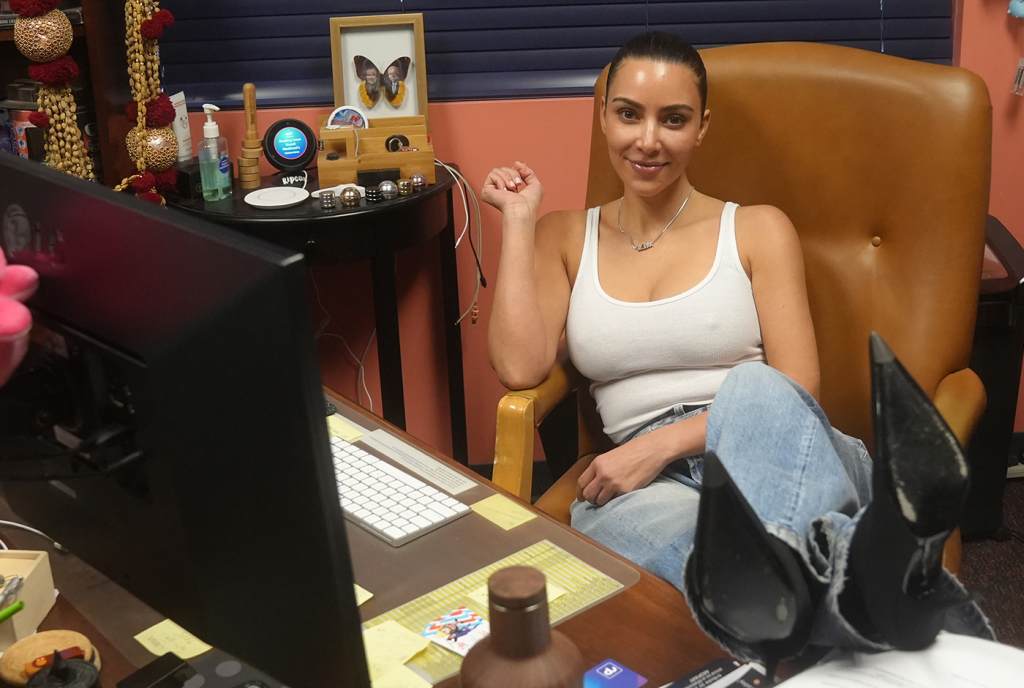 It appears Kim felt right at home in the office of Ripley Entertainment’s President, Jim Pattison Jr, while visiting our headquarters in Orlando!

But the plan to wear the “Happy Birthday” dress was in the works before the couple’s Orlando visit. The Kardashian camp reach out to Ripley’s Believe It or Not! with the request earlier in the year. It was clear that Kim herself, a huge Monroe fan, had her heart set on this Met Gala look — but of course there were hesitations.

The multi-million-dollar dress has rarely been separated from its dress form, let alone worn by anyone other than Monroe. Great care has been taken to preserve this piece of history. With input from garment conservationists, appraisers, archivists, and insurance, both the Ripley’s and Kim knew they could make the once-in-a-lifetime opportunity happen. Agreeing that the garment’s condition was top priority, it was agreed that no alterations were to be made to the dress.

With a body true to Monroe’s form, the “Happy Birthday” dress made its second-ever appearance at the 2022 Met Gala on Kim Kardashian. However, with preservation of the historic gown as the highest priority, Kim only wore the original dress for her carpet appearance, later changing into a replica for the rest of the event.

Only at Ripley’s Believe It or Not!

Why would Ripley’s — home of the weird and wonderful — have this dress in their collection? The Exhibits and Archives team at Ripley’s Believe It or Not! strongly feel that this dress is the most famous item of clothing from twentieth century culture.

With both political and pop culture significance, Monroe’s dress tells a tale and has its own mythos full of unbelievable stories. Ripley’s Believe It or Not! Odditoriums invite guests in to see and experience things they would never see elsewhere, and this dress goes above and beyond. Luckily, you can now see it for yourself! 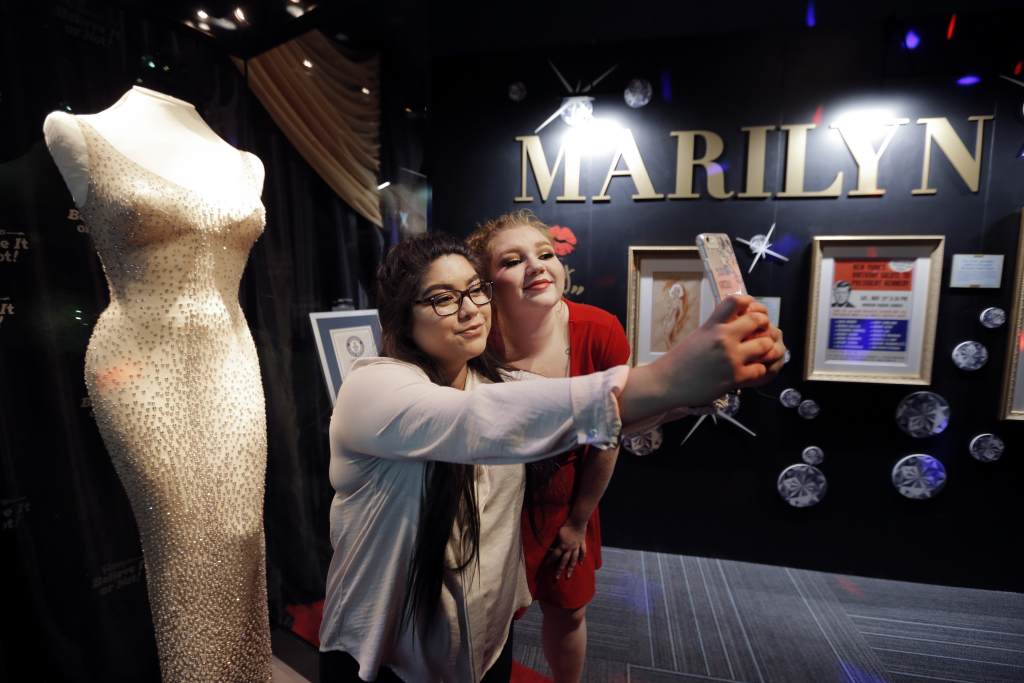 Marilyn Monroe’s “Happy Birthday” dress — now also Kim Kardashian’s 2022 Met Gala look — will be on display at Ripley’s Believe It or Not! Hollywood for a limited time beginning Memorial Day weekend. Visitors will be able to get an up-close look at this stunning garment, along with a behind-the-scenes peek at Kim’s Met Gala look and other memorabilia from Marilyn Monroe and John F. Kennedy.

Along with historic artifacts like the Marilyn Monroe “Happy Birthday” dress, you’ll discover hundreds of strange and unusual artifacts and get hands-on with unbelievable interactives when you visit a Ripley’s Odditorium!