They once claimed to serve wooly mammoth. 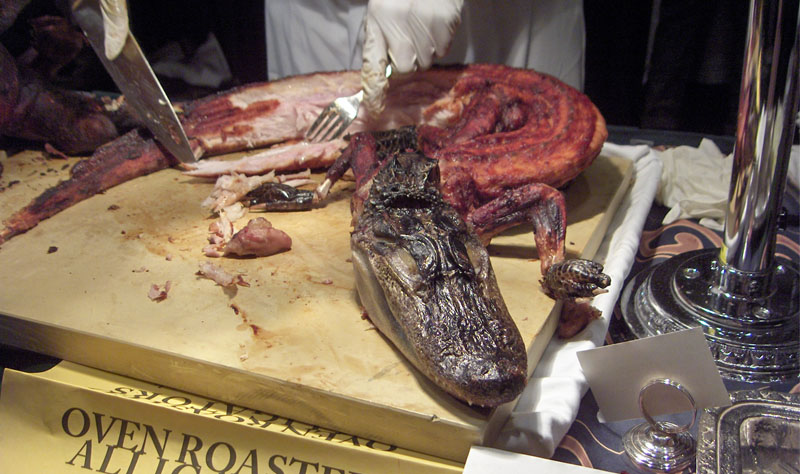 Hosting venerated guests for their willingness and courage to conquer the unknown, New York’s Explorers Club hosts an annual dinner which always serves up a surprise.

Stepping into its Victorian-inspired headquarters is like stepping back in time. With tables made from famous exploration vessels and rare artifacts adorning its walls, you’d think Robert Ripley himself or Alan Quartermaine might be sitting in one of the over-stuffed armchairs reading a book, or regaling an encounter with a Siberian white tiger. 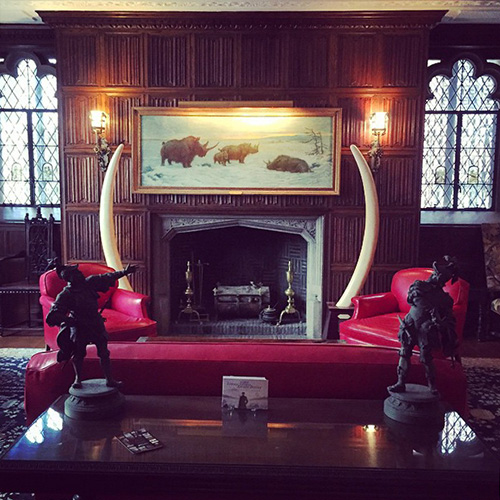 The Explorers Club has existed for over 100 years, and has included people like Jacques Piccard, Neil Armstrong, Theodore Roosevelt, and the team who first climbed Everest—Edmund Hillary and Tenzing Norgay.

The Explorers Club Dinner is meant to honor that year’s achievements in exploration, but the menu is normally just as exciting.

Exotic food connoisseurs and scientists alike consider the food with great interest. The dinners and cocktail hours have served goat testicles on a stick, sautéed python, and all manner of insects on a stick—including tarantulas and hissing cockroaches. 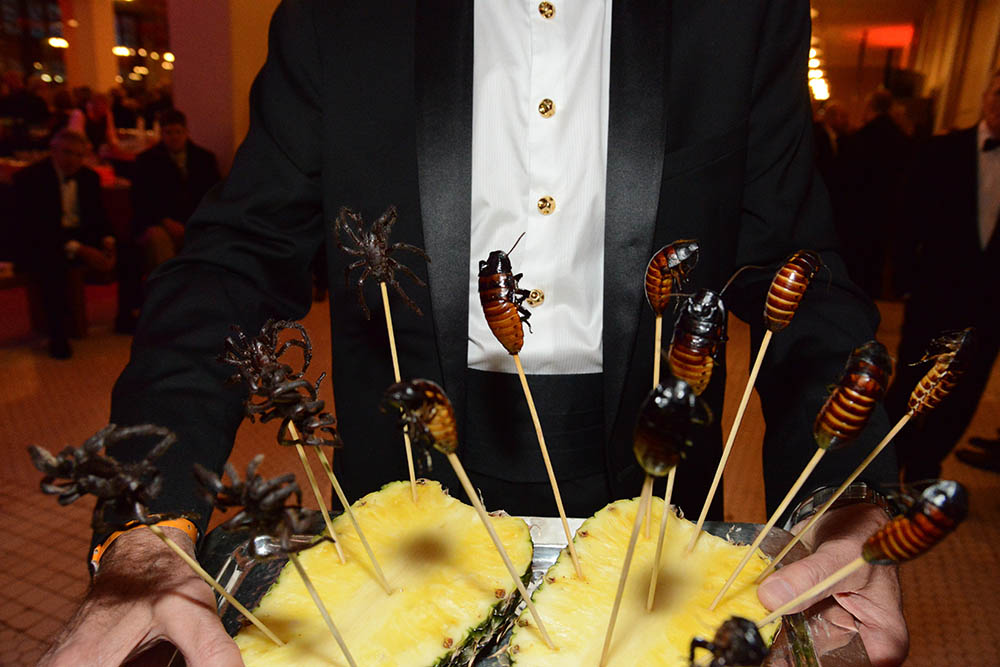 The presentation of these delicacies is equally as striking. Alligators have been served whole, with their skin flayed everywhere except their faces and claws, with a savory mix of sauce and herbs pasted to their exposed muscles.

The dinner that supposedly started it all was the flesh of a preserved wooly mammoth. The dish was served in 1930 after a group of explorers in Siberia were able to secure the mammoth meat in the icy tundra. 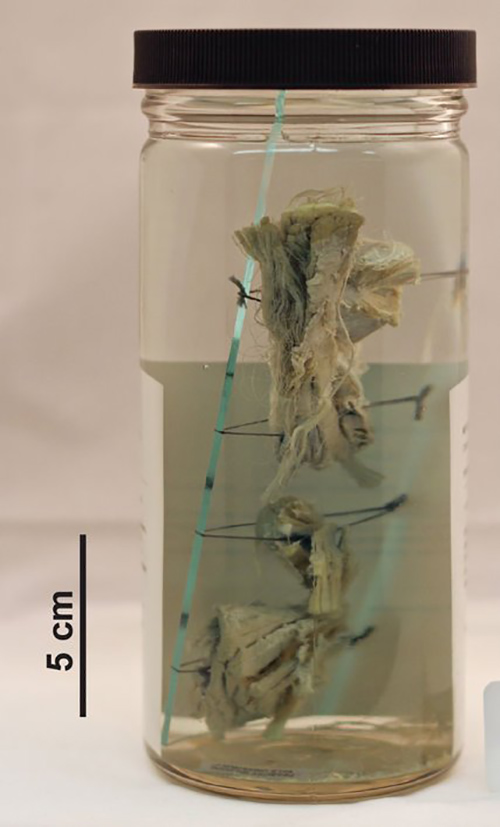 There appears to be little evidence, however, that the club dined on wooly mammoth. According to records, the meat they ate was labeled Megatherium by the club itself.

Megatherium would refer to an ancient ground sloth, not a mammoth. Furthermore, some of the leftovers from the dinner made their way to Yale University, where researchers have since identified the meat as contemporary green sea turtle.

You might think that eating testicles and eyeballs would be cheap since few people want to eat them, but there are a few good reasons tickets to the dinner start at $300.

We found out for ourselves how much canned tarantulas cost in our Ripley’s Guide to Non-Perishables, but according to the club, fresh ones start at $100. Scorpions cost slightly less at just $30. Whole alligators cost nearly $13 per pound, making them over four times the price of a cow.

To fully prepare a tarantula for service requires a few steps to perfect. First, the spider is chilled to make it more sluggish, then it is splashed with brandy to soften its hair—and get it a bit tipsy—then it’s flash broiled to remove the hairs, then battered and fried in the breading of your choice. 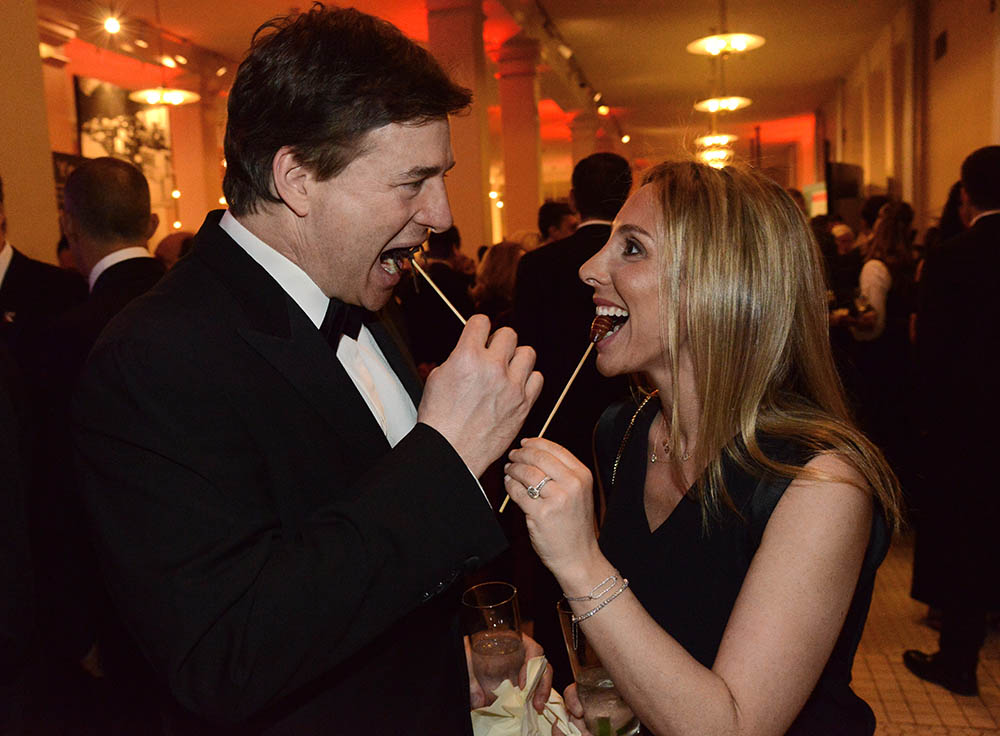