A 10-pound meteor exploded through Vermont’s sky with a bang equivalent to 440 pounds of TNT. 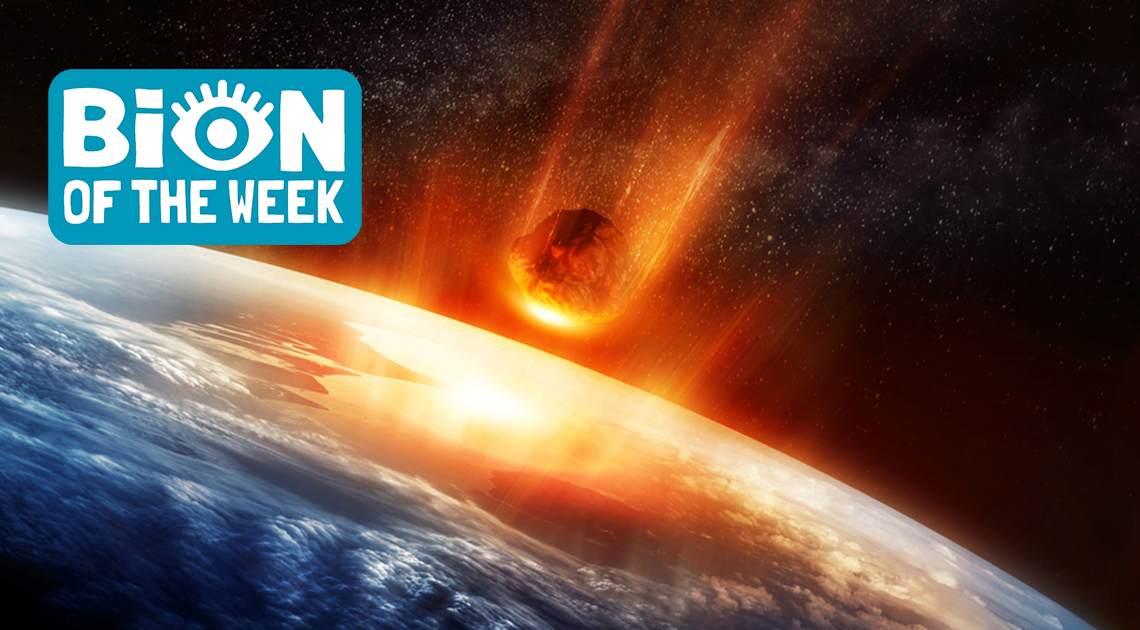 Artist illustration of falling meteor. || According to NASA, this week's meteor entered Earth’s atmosphere at about 42,000 mph with a bang equivalent to 440 pounds of TNT.

[March 8–March 14, 2021] Body regenerating sea slugs, a 160-mile-long city, and a mysterious bathroom discovery—all round-up in this week’s weird news from Ripley’s Believe It or Not!

Japanese scientists recently discovered two sea slug species that can pull off the ultimate party trick—popping their heads off and becoming a whole new slug.

Doctoral student and lead study author, Sayaka Mitoh, from Japan’s Nara Women’s University, first witnessed the odd sight accidentally while working in the University’s Yusa Lab in 2018. After noticing the separated head of an Elysia cf. marginate slug, circling its own body, Mitoh assumed the poor thing was dying. Fast forward a few days, and the slug’s head wound had begun sprouting a brand-new identical body, even growing a new heart! By three weeks after detachment, it had already transformed 80% of its body, complete with vital organs.

While many animals can regrow limbs lost to predators, the full-body regeneration of the sacoglossan slugs is in a class of its own for many reasons. Along with the fact that they appear to decapitate themselves at will, some individuals of the Elysia atroviridis species can go through the process twice!

Sacoglossan sea slugs don’t mind losing their heads. Not only can the sea slugs elect to detach their heads and survive, but they can regrow a whole new body. Read more in @CurrentBiology https://t.co/7ueo5HL0Vn@NaraWomensUniv
Video: Sayaka Mitoh pic.twitter.com/oL5bh9psQ7

Why the slugs would want to behead themselves remains unclear, but researchers suspect that the slugs may ditch their bodies to get rid of a parasite infestation. As far as how they accomplish such extreme regeneration, scientists theorize that it has to do with stem cells.

One thing that is for certain is that regeneration is a “use it or lose it” situation, as only young slugs have the energy to survive the process.

Brazilian medical adventurer and Ripley’s Believe It or Not! star, Karina Oliani, set a world record after using a rope to traverse 329 feet across the world’s largest volcanic lava lake.

Oliani traversed her way across Erta Ale in Ethiopia, hovering only 11.76 inches above the lake’s simmering lava, earning her a Guinness World Record, announced Monday in celebration of International Women’s Day.

A power-packing medical doctor, wildlife enthusiast, and avid adventurer, this isn’t the first time Oliani’s dipped her toe into piping hot lava territory. Her previous endeavors include rope climbing across a lake in Afar while sporting a suit to protect her from lava bubbling at 2,168 below her suspended body. She was also the first Brazilian woman ever to brave climbing the K2 mountain!

“I hope that all the things I have accomplished in my life today can empower girls and women from all over the world to go after their dreams,” said Oliani.

Saudi Arabia has big plans to build a 106-mile-long “line” city, but urban designers have major doubts—predominantly because the technology to build such a city does not yet exist.

So far, the city only exists in theory—and on the internet—after a website was launched coinciding with a January 10 press announcement where Saudi Crown Prince Mohammed bin Salman proposed The Line as a utopia of sorts, citing a city without cars or lengthy commutes.

The Saudi government intends to develop the strip through the planned city of Neom in northwestern Saudi Arabia, an area described as undeveloped—which doesn’t sit well with the 20,000 members of the Huwaitat tribe who call it home. The Huwaitat residents have protested the planned megacity—AKA their eventual eviction.

If all goes according to plan, The Line will be built as a multi-level city, consisting of a pedestrian layer featuring parks, a “service layer,” and a transportation layer where “ultra-high-speed transit” will thrive. All layers would create a system where no commute is over 20 minutes.

The construction is facing major challenges before even breaking ground, as many experts describe the goals as “unfeasible,” with University of Chicago urban design researcher, Emily Talen, going as far as to say it will be an “Awful. Nightmare.”

The infrastructure of a miles-long line with a narrow enough width to walk in five minutes has been deemed architecturally unrealistic as cities tend to grow outward. Regarding “ultra-high-speed” railways, traveling 106 miles in a short 20 minutes would require technology that allows a speed of 318 mph. The fastest rail trains that currently exist travel at a max speed of 236 mph. Even the underground Hyperloop pods, Virgin and SpaceX, are developing at a maximum of 288 mph, and that’s without passengers on board.

Unless Saudi Arabia has a super-secret plan for making this work, it appears they may have crossed the Line on creative urban development.

Real estate is a hot commodity in New York City, so imagine Samantha Hartsoe’s surprise when she found a vacant two-bedroom apartment hiding behind her bathroom mirror!

After noticing a cold draft in her Roosevelt Island apartment, Hartsoe grabbed her phone and began documenting the hunt for the source of the chill on TikTok.

She eventually tracked the breeze to her bathroom, where she decided to remove the mirror only to discover a large hole leading to a mysterious dark room.

Naturally, Hartsoe continued to investigate, climbing through the hole into a two-bedroom apartment whose only residents were an uninstalled toilet, a bunch of trash bags, and an empty water bottle.

Hartsoe was quick to skedaddle out of there, but not before locking the apartment’s front door, located in a different area of her complex from her own residence. She immediately called for maintenance to close up the hole in her bathroom and reported the discovery to her management office.

A 10-pound meteor exploded through Vermont’s sky just as the sun was setting Sunday, lighting up the heavens and shaking the Earth when it smashed into the atmosphere.

According to NASA, the meteor entered Earth’s atmosphere at about 42,000 mph with a bang equivalent to 440 pounds of TNT. Despite its massive impact, these numbers suggest that the meteor was only about 6 inches in diameter and weighed about 10 pounds.

For anyone who was wondering about the big boom / meteor earlier today in #btv #vermont , I dug through some webcam footage and found this on the WCAX / BTV Airport webcam- watch the upper left. pic.twitter.com/oyVLSoVahP

Local news stations received reports of a “loud boom and body-rattling vibration” as the meteor soared through the sky, with other witnesses describing the sight as “extremely bright and absolutely spectacular.”

Facebook comments on NASA’s initial post about the event include claims of sightings from Saratoga, New York, Watertown, Massachusetts, and Quebec.

Next post What Was The Definitive Worst Year In History?

Previous post Did John F. Kennedy's Back Brace Cost Him His Life?