These feather coils could contain up to 60,000 feathers. 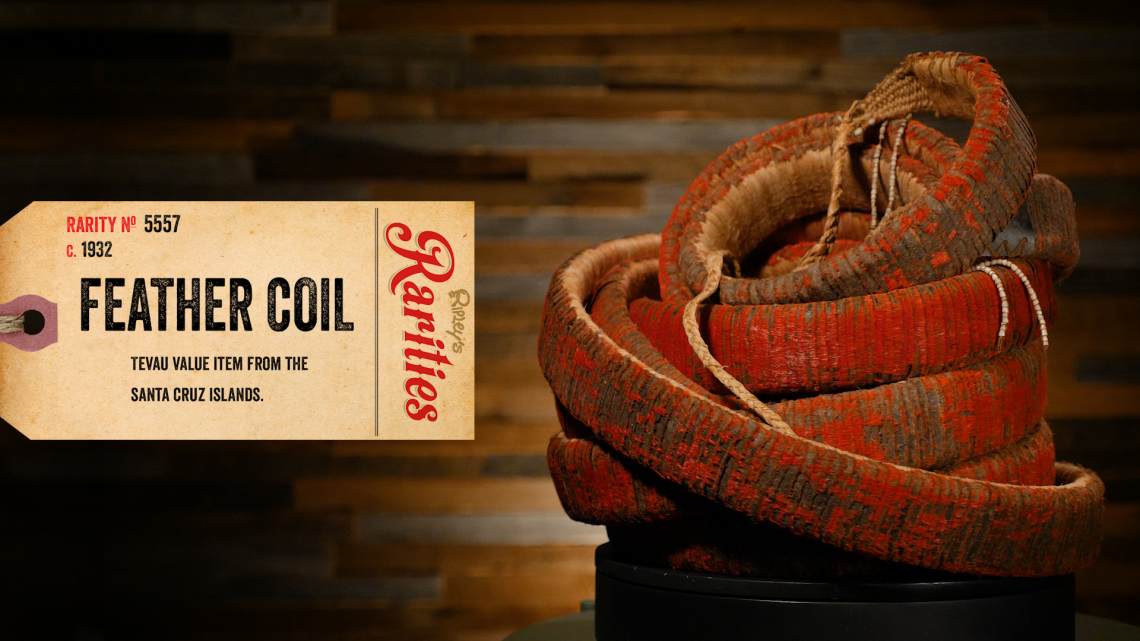 The Santa Cruz Islands sit in the Pacific Ocean just north of the continent of Australia. The home of sea-centric Polynesian societies, ocean-going outrigger canoes—known as tepukei—were central to villages’ survival for hundreds of years. 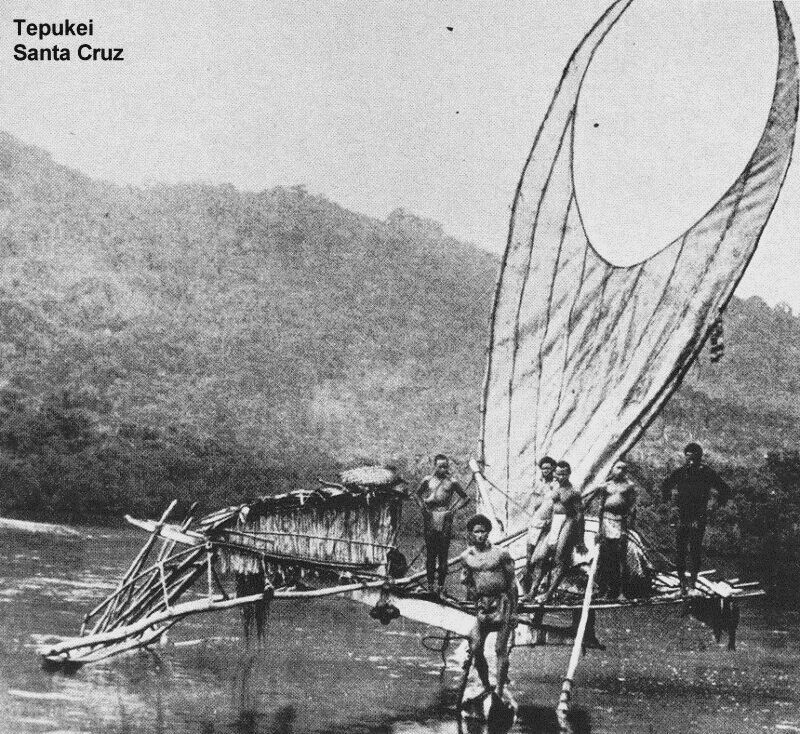 Because these crafts were so important in Santa Cruz society, it would take something of great value to buy one from a native shipwright. With little need for currency beyond bartering, islanders developed a unique form of money: the tevau.

The tevau is a long coil of beautiful red feathers sewn together. These coils were made by hereditary craftsmen who were said to be endowed by spirits with the ability to make these intricate artifacts. 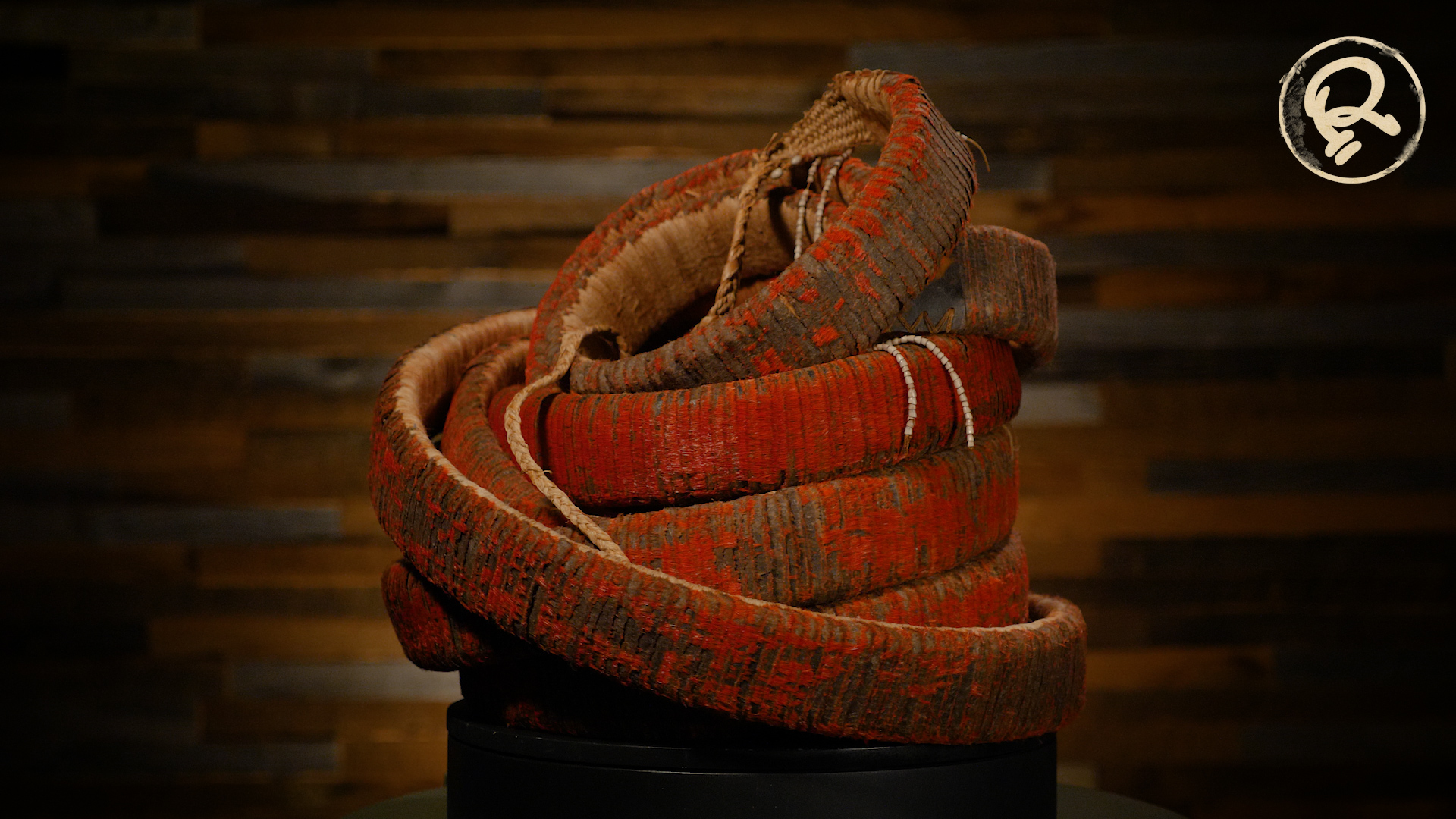 Measuring anywhere from 20 to 30 feet in length, it could take a person over a year to complete a full feather coil. The tevau starts with a belt of woven fiber, with tiny feathers from the scarlet honeyeater attached. It took hundreds of birds to supply up to 60,000 feathers for a single tevau. Craftsmen smeared branches with sticky sap to capture the birds, plucking nearly 20,000 individual birds each year. Despite this intense harvesting, bird experts say the population of wild honeybirds thrives to this day. 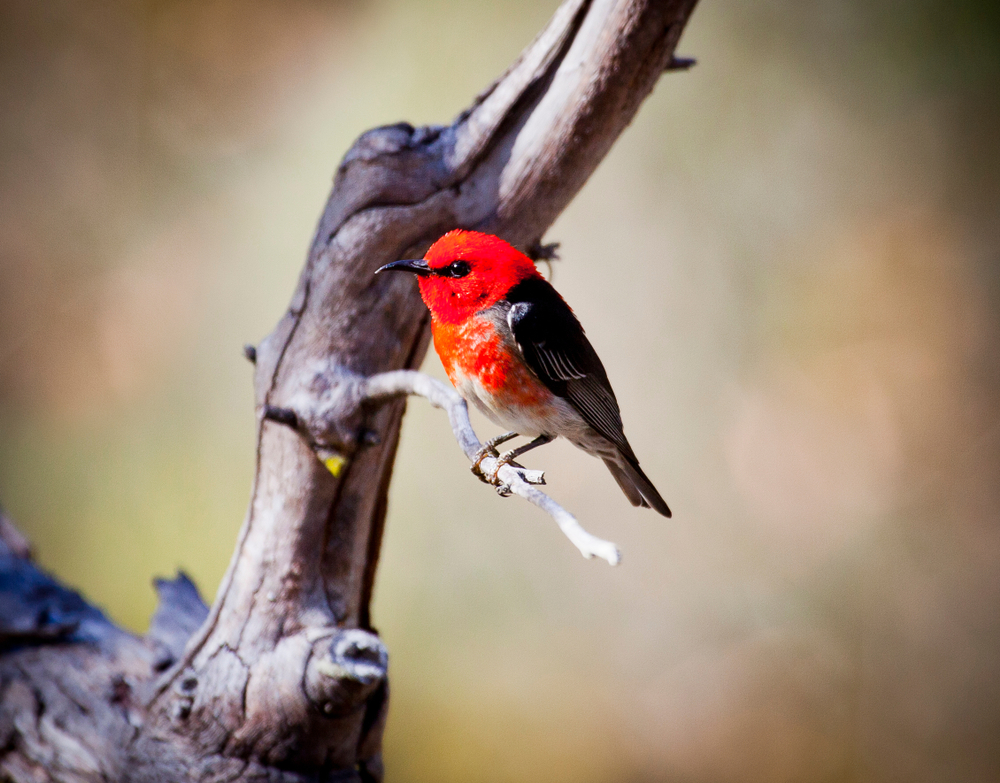 According to ornithologist David C. Houston, the Santa Cruz islands had the only known bird-based currency in human history. The islanders didn’t have access to rare ores or fuels hot enough to melt them, so coins were simply out of the question. Instead, scarlet honeyeater feathers were seen as the ultimate hard-to-get resource. The red feathers of honeyeaters quickly became signs of royalty. Their colors didn’t fade in the sun like red dyes made from sea mollusks.

These prized possessions were often kept in the roofs of people’s homes, wrapped in tree bark to protect them. The smoke of a home was also thought to help ward off insects who might deteriorate the coil. The longest, most well-made, and most valuable feather coils sometimes had their own dedicated buildings for storage and would be accompanied by magic seals for protection.

Though they were used as currency throughout the Santa Cruz Islands, they were only made on Ndende island. Robert Ripley visited in 1932. He was stunned to find that only ten craftsmen remained who could make the feather coils. He learned these masterpieces were used as payment for crimes, the all-important tepukei canoes, and even for a bride. Some payments even necessitated multiple rolls. A photo taken in 1909 shows a single bride being bought for ten feather coils. 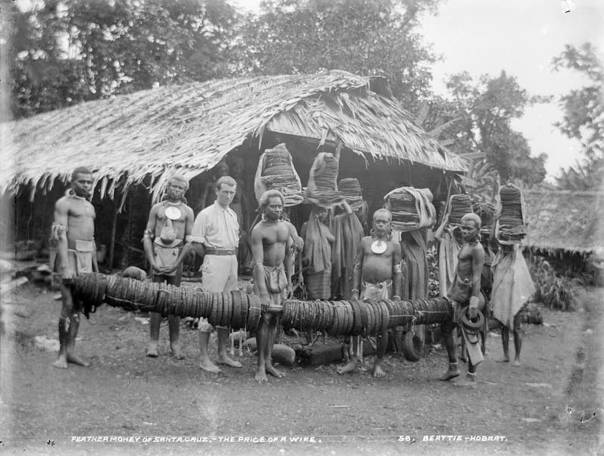 Next post The Real Life Cheshire Cat With Glowing Teeth