One researcher thinks there could be an entire dinosaur preserved in the the Myanmar region. 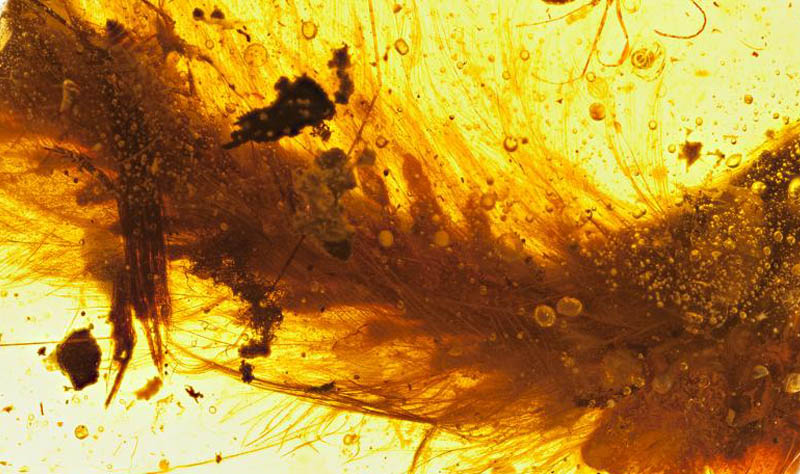 Barely bigger than a quarter, this small piece of amber contains a smorgasbord of paleontological gems, including a feathered dinosaur tail.

Amber is a fossilized form of tree resin that can preserve organic matter for millions of years. Popularized by the Jurassic Park series, which reanimates dinosaurs using DNA from blood found inside mosquitoes preserved in amber, amber has become ubiquitous with dinosaurs.

This particular sample contains the bone, tissue, and feathers of a coelurosaur from the Cretaceous era.

Scans of the sample have confirmed that the sample is not a bird, evidenced by separated vertebrae.

At this point in the evolutionary line, the feathers would have been largely vestigial, but this has the potential to be the most conclusive evidence so far that dinosaurs were feathered. 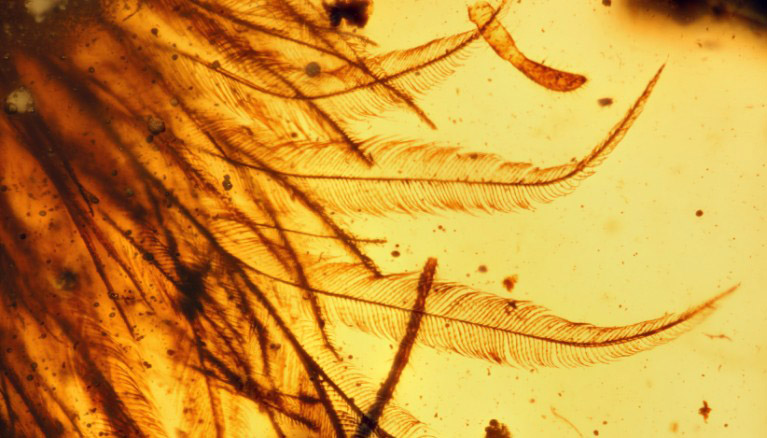 Although scientific samples are often found in amber, the material is more often used for jewelry.

This piece, in particular, was found in a Myanmar mining site. The amber was already shaped a bit before researchers recovered it.

Conflicts in the Myanmar region have kept researchers from being able to thoroughly explore the area’s amber mines. Lida Xing of the China University of Geosciences even thinks there could be an entire dinosaur preserved somewhere in the region.

More than a Tail

The tail isn’t alone in the amber; a number of plant pieces and complete insects are also encased inside the hardened sap.

Researchers believe there is more Cretaceous period ecology in this quarter-sized piece of amber than anything else found before. 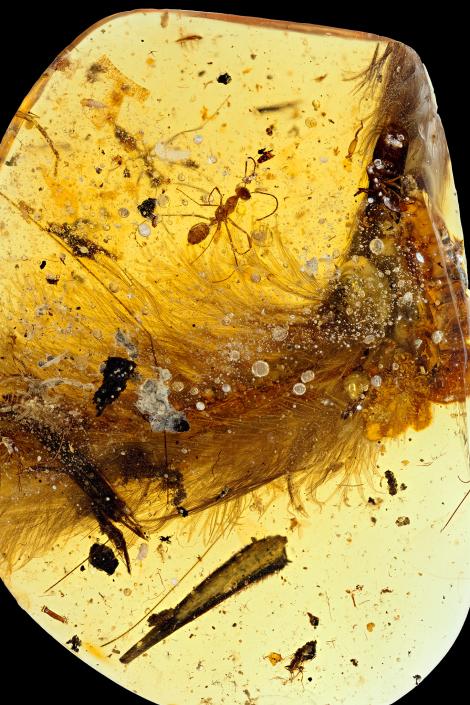