Ivan Djuric of Uzice, Serbia, joins the ranks of unbelievable artists with his hyper-realistic portraits using a technique known as pyrography! 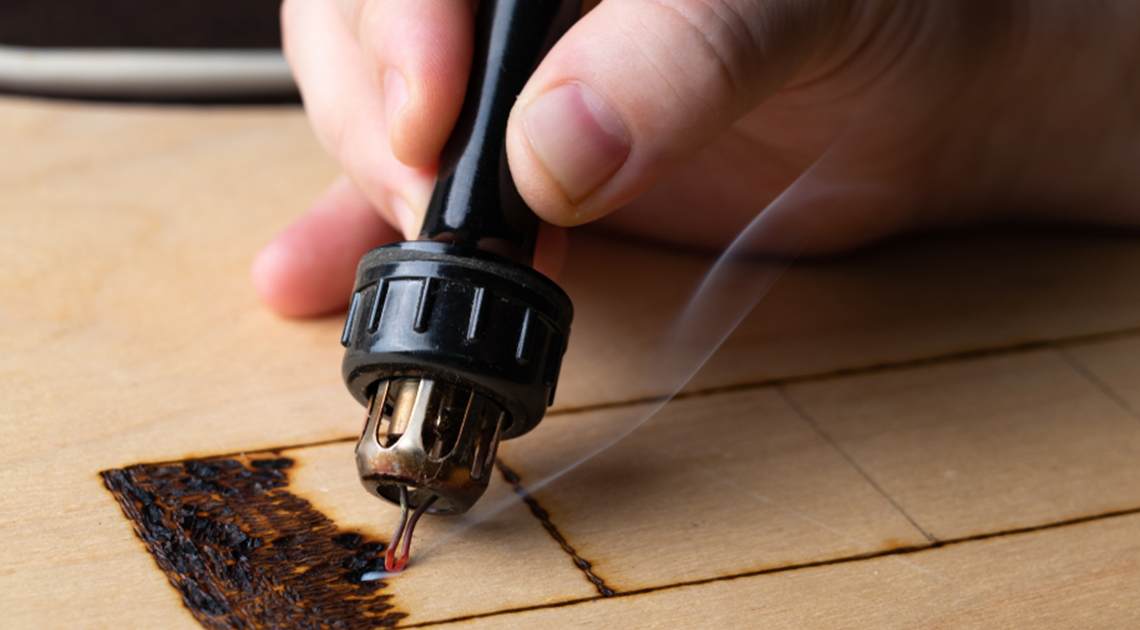 The Ripley’s Collection features quite an assortment of unusual art — cheese sculptures, portraits made of human hair, pictures crafted using cigarette ash, entire scenes detailed on cockroach bodies, and the list continues on. This artist, Ivan Djuric of Uzice, Serbia, joins the ranks with his hyper-realistic portraits using a technique known as pyrography! 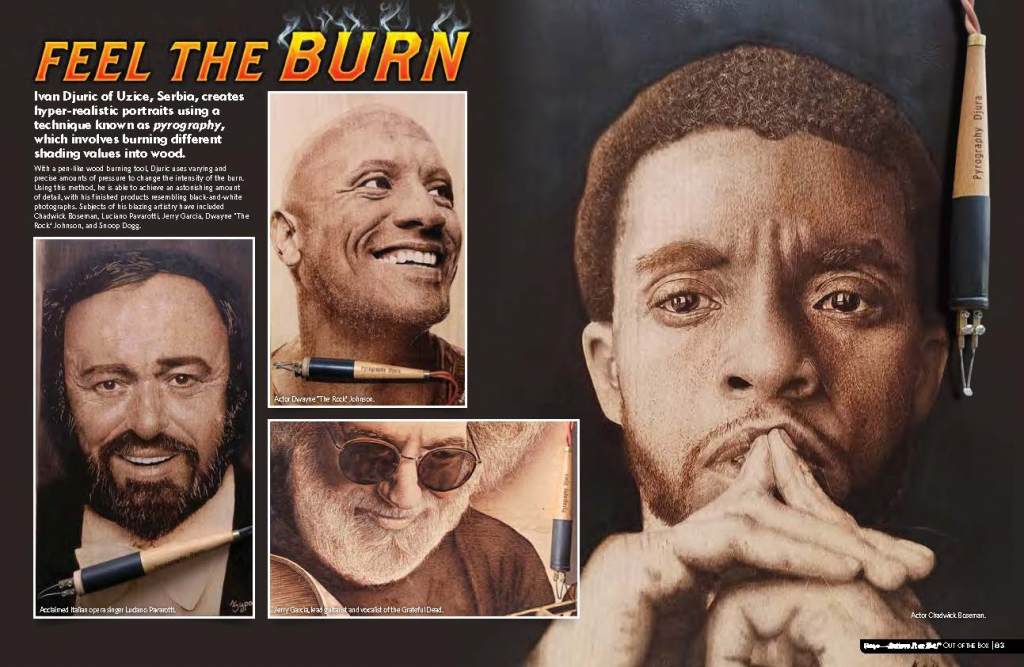 This method of carving and burning dates back to the Nazca and Moche civilizations of Peru as early as 700 AD. There’s also evidence from China, Egypt, and Rome suggesting that pyrography has been around in a primitive form using heated metal rods of various sizes to burn designs into slabs of wood and other objects.

In the middle ages, the process became a bit more efficient. Pyrography artists invented portable wood stoves with small holes and openings to leave their “pokers” or burning tools inside. As the tools heated over the coals of the stove, artists were able to create and swap their instruments, never running out of a hot poker to create with.

It wasn’t until the turn of the 20th century that a process similar to that in place today was created. An architect named Albert Smart discovered that he could use benzene fumes to pump heat through a hollow pencil.  As the pencil was made of platinum, it kept warm throughout the entire pyrography process.

With a pen-like wood burning tool similar to that early iteration, Ivan Djuric uses varying and precise amounts of pressure to change the intensity of the burn on his pieces. Using this method, he is able to achieve an astonishing amount of detail, with his finished products resembling black-and-white photographs.