One woman removed six of her fingers in grief.

The death of a spouse has severe emotional repercussions, but for the women of New Guinea’s Danai tribe, it also can mean great physical pain. It is typical for widows in New Guinea to isolate themselves in self-imposed exile while they grieve, shutting themselves out from the eyes of their fellows, but for some, this expression of grief isn’t enough. To deal with their sorrow, and make their internal struggle end, they undergo a brutal ritual on their physical bodies. Some chop off their own fingers.

The stone blade featured here is made from volcanic obsidian and was used in at least two finger-chopping rituals. Collected in 1930, it’s a relic of an era now mostly bygone by New Guinea tribes.

To complete the ritual, tribeswomen would enlist the help of a fellow tribe member to cut off their finger or would do the task themselves. The finger would be cut in the middle of the knuckle, and the stump quickly cauterized into a bulbous shape. No fingerprints would remain, and their reach would be severely shortened, but the treatment left their crippled hands fairly reliable for everyday tasks. Details vary as to what would happen to the severed finger itself. Some reports say it would be worn as a necklace, while others say it would be ceremoniously buried.

A brutal ritualistic expression of grief, tradition says this keeps evil spirits away, a statement western anthropologists say can be interpreted as keeping away depression. This practice, however, isn’t always exclusive to widows. One Dania woman has been found to have chopped off six of her own fingers. One was to grieve for her dead husband, but the others were in grieving for her dead children. 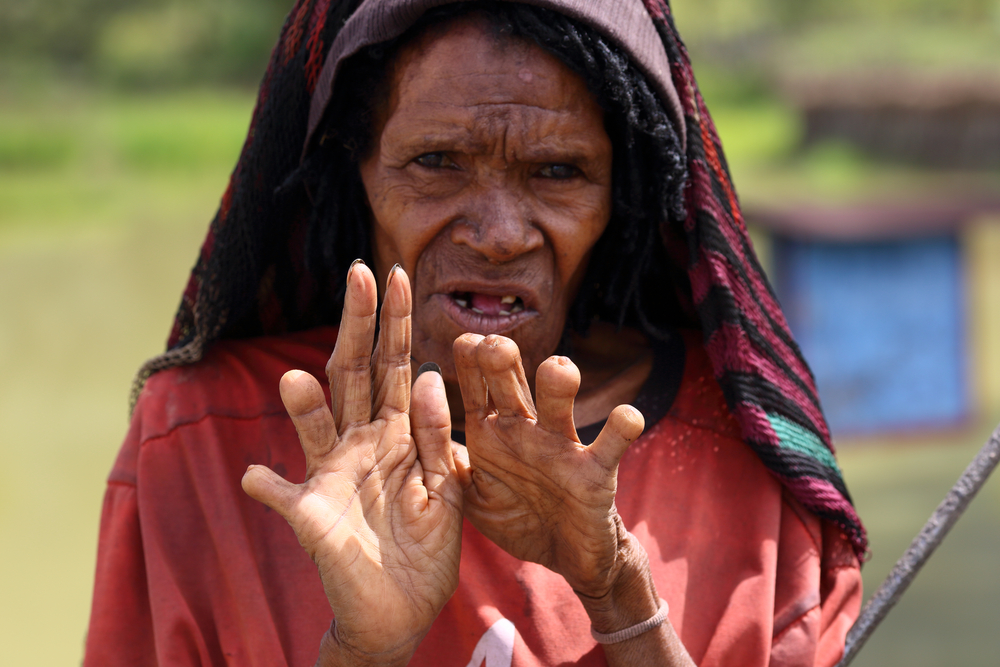 Next post How Did Portugal's First Serial Killer's Head End Up In A Jar?

Previous post Is The Lost City Of Atlantis Revealing Itself Off The Coast Of The Bahamas?