The Mission To Bring The First Panda Out Of China 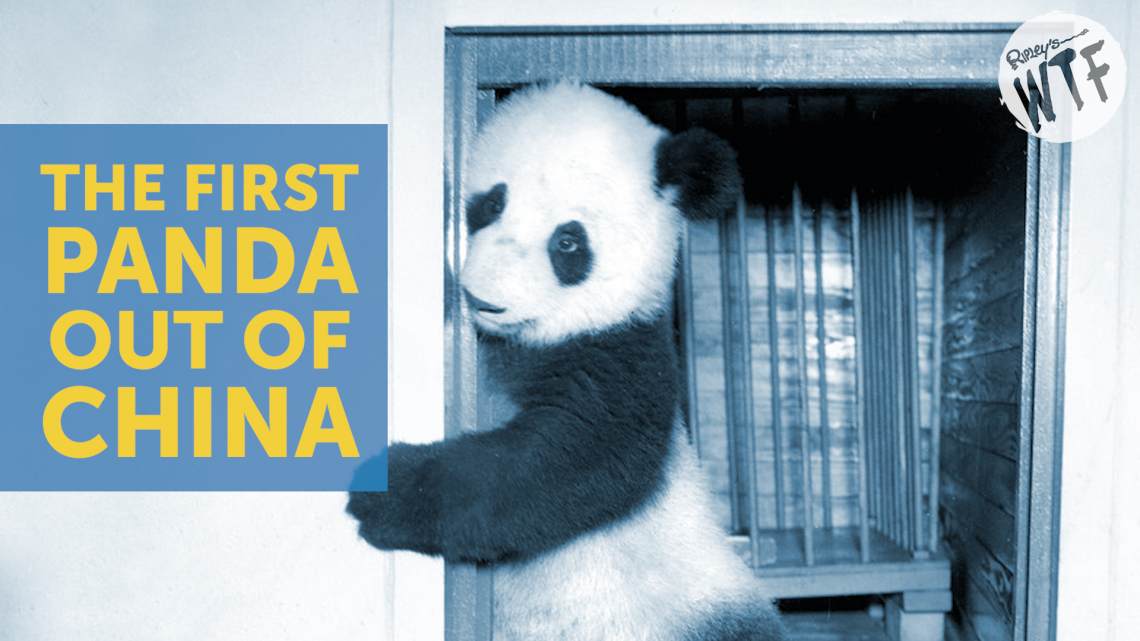 The First Panda Out Of China

The giant panda didn’t always hold its place as a cornerstone of cute and adorable animals. Before 1936, some naturalists reported that only three westerners had even seen a living panda. It took the efforts of a New York socialite to finally bring a cuddly ball of black and white cuteness to the United States.

Ruth Harkness was a gregarious New York fashion designer. Though not much of an adventurer herself at first, the passing of her explorer husband drove her to embark on a mission to realize one of his dreams: catch a panda.

Pandas at this time were not well known. Only discovered in 1869 by the west, scientists for a long time had only a pelt as evidence the bears existed at all. The first westerner to see a panda only did so 20 years before Harkness captured one. The only other people outside China to see a panda before that are believed to be two of Teddy Roosevelt’s children—Teddy Junior and Kermit—who shot a bear before taking its body home.

To Catch A Panda

Arriving in China, Harkness recruited the help of 22-year-old Chinese-American, Quentin Young, to guide her through bandit occupied forests in search of a panda. Escorted by a crew of 16, they hiked into the mountain forests. Harkness and Young quickly fell into an affair during their two-month journey but were rewarded for their patience after finding a baby panda. They had heard a gunshot while hiking together and spotted what they assumed to be a cub that had just lost its mother. Not waiting around to investigate further, they left with the baby bear. 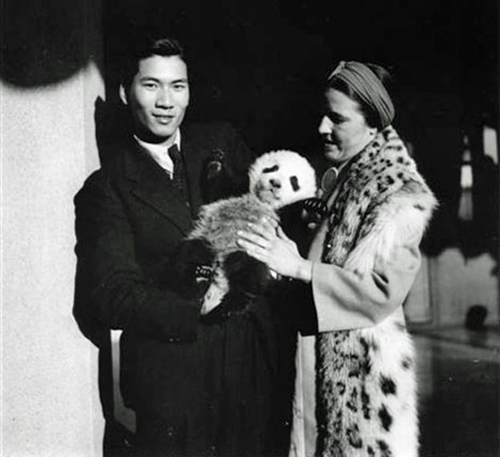 Harkness was infatuated and named the baby bear Su Lin, meaning “a little bit of something precious.” They did their best to care for Su Lin on their way back to Shanghai, feeding him powdered milk. When she tried to depart, however, customs officials confiscated Su Lin. Missing her boat, Harkness spent all night in the pen with her baby panda before convincing officials to let her depart with her “dog” according to official papers. 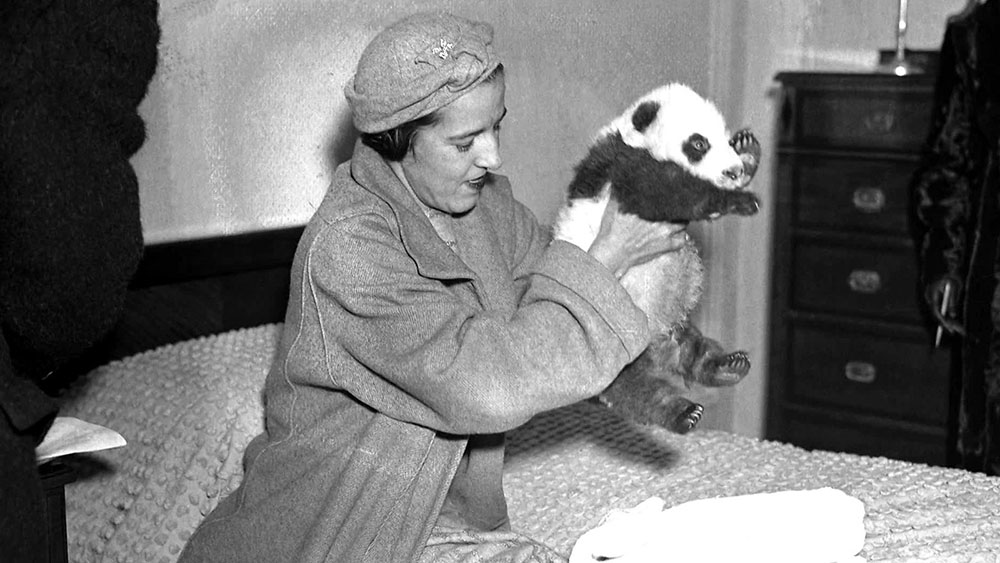 Once the duo arrived in America, Harkness cared for the playful cub in her apartment before eventually selling him to the Chicago Zoo. There, pandamonium struck the country. For the first time ever, people were enthralled by the infectious cuteness of pandas, and zoos scrambled to find more.

Another 13 pandas would be taken out of China for zoos, but unfortunately, none would survive for very long.

For its help in ending Sino-Japanese conflicts, China decided it wanted to ship two of its highly prized pandas to the United States as a sign of friendship. They assigned a missionary to procure the creatures, and it would be Dr. David Crockett Graham who would lead a political mission to transport pandas back home to America. Though he would brave the remote Chinese wilderness, traversing bridges made of just bamboo cable and involving 70 hunters and 40 dogs, he eventually just bought two pandas from locals before embarking on a ship home.

Though he knew his mission was of grave importance to China, he couldn’t have prepared for what would happen during the 35,000-mile sea voyage home. Pearl Harbor was attacked by the Japanese. Fearing bombardment by warplanes, Graham had the ship covered in camouflage material and even considered camouflaging the bear’s unique colors to pass unnoticed. The pandas would eventually arrive safely at the Bronx Zoo, in a feat that China would mirror many times as a sign of diplomatic peace, sending pandas to Britain and Russia. 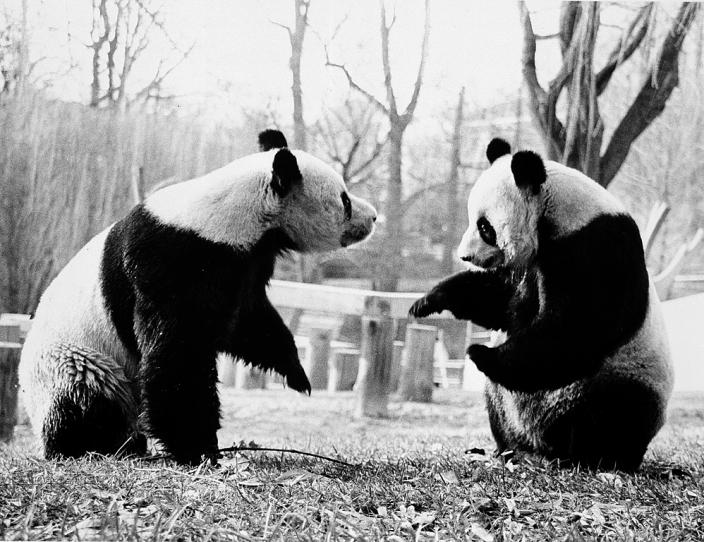 You Can Rent Pandas

Though China stopped exporting its pandas for a time starting in 1946, they did gift a pair to president Nixon after his visit in 1972. He had an embarrassing moment speaking with reporters fearing they needed to be taught how to mate, but the two pandas would become America’s first to live long healthy lives. They delivered five cubs, but none survived, highlighting the difficulties of breeding pandas.

Today China only loans out its pandas in cooperative breeding efforts. Still, renting a panda demands a price tag of up a million dollars per year.

Previous post Why Giant Hairballs Are Found Inside Cows