Everything You [Don’t] Need to Know About Flea Circuses 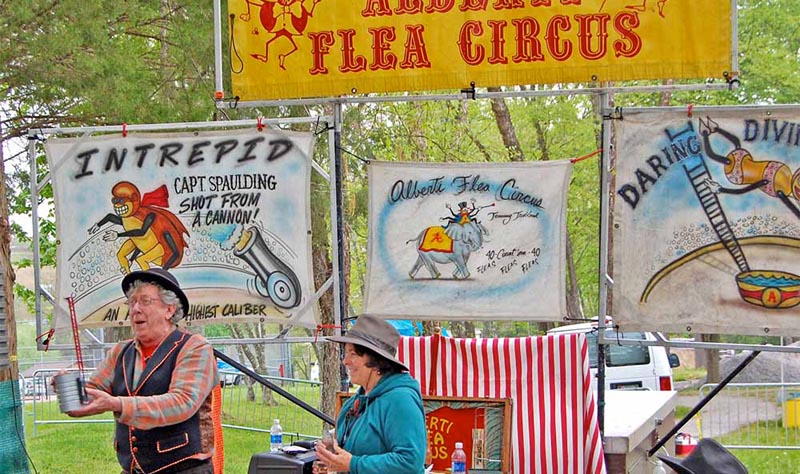 Is your head buzzing trying to figure out what exactly is a flea circus?

Flea circuses have been entertaining audiences for centuries. As one of the strangest circus attractions we’ve come across, here’s everything you’ve ever wanted to know about the Big Top with the tiniest performers. 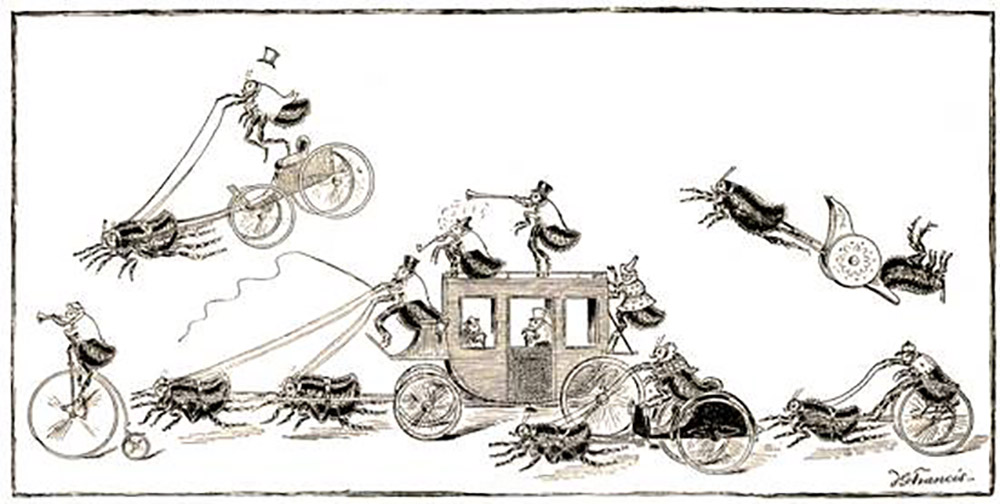 Wait, what exactly is a flea circus? 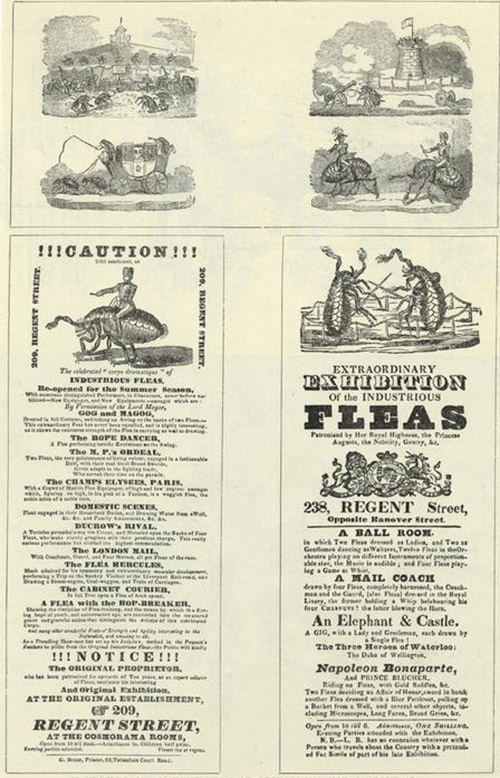 A flea circus is a miniature sideshow spectacle in which fleas perform (or appear to perform) tricks, including tightrope walks, Ferris Wheel spinning, chariot pulling, and jumping hoops.

The use of fleas as entertainment can be traced all the way back to 1578 when watchmaker Mark Scaliot attached a tiny chain and leash to a flea to show off his craftsmanship. Anyone who could make a metal chain for a flea could surely be trusted to look after a fine metal watch!

The first flea circus is credited to Louis Bertolotto. He opened the ‘Exhibition of the Industrious Fleas’ in the 1830s, putting the flea circus on the map, with performances in London, New York, and Canada. His shows reflected the popular culture of the time, with one show even referencing Napoleon!

Although the flea circus has waned in popularity, one can still be found each year at the Oktoberfest celebrations in Munich. It is celebrated as the world’s last remaining flea circus! 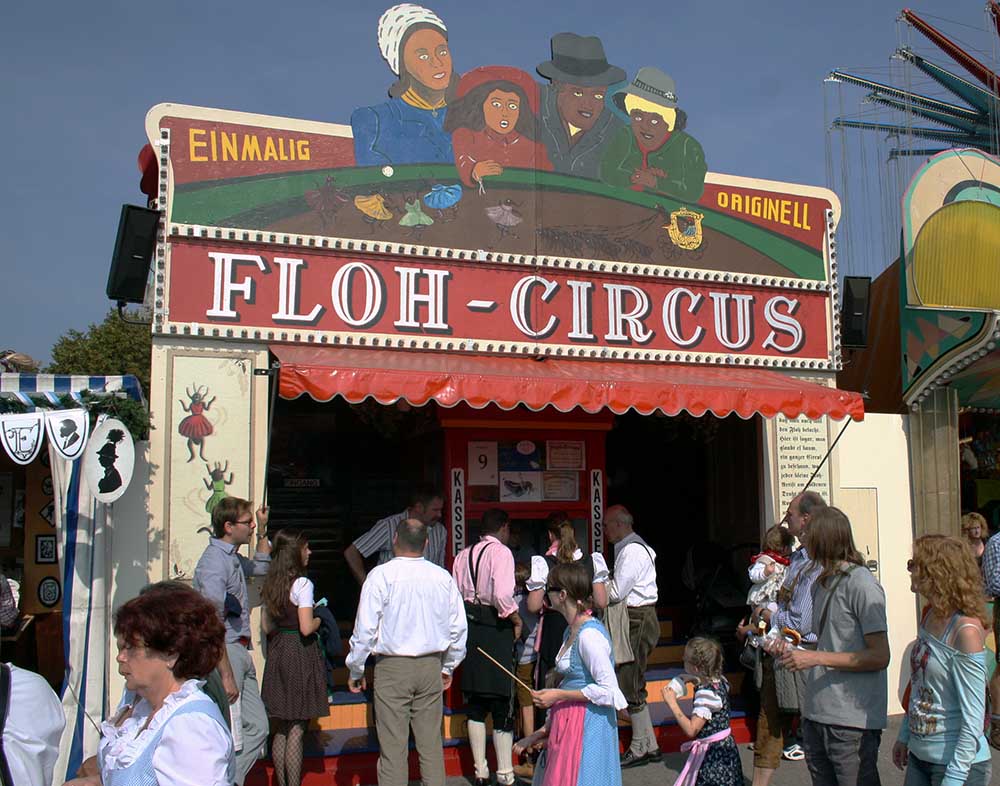 Why put fleas in a circus?

Fleas were chosen due to their prevalence in the world, more so in the 1800’s than now. Quick to reproduce and cheap to feed, fleas were an easy creature to come by. They also provide a ‘shock value’, as a creature not well-loved by the world. Their tiny size also meant that a circus could be created for them on a miniature scale, which delighted audiences at the time.

There are more than 2,000 species of flea in the world, although the species used for circuses was almost always the human flea, Pulex irritans. Let’s hope circus-goers didn’t get too close to the performers! 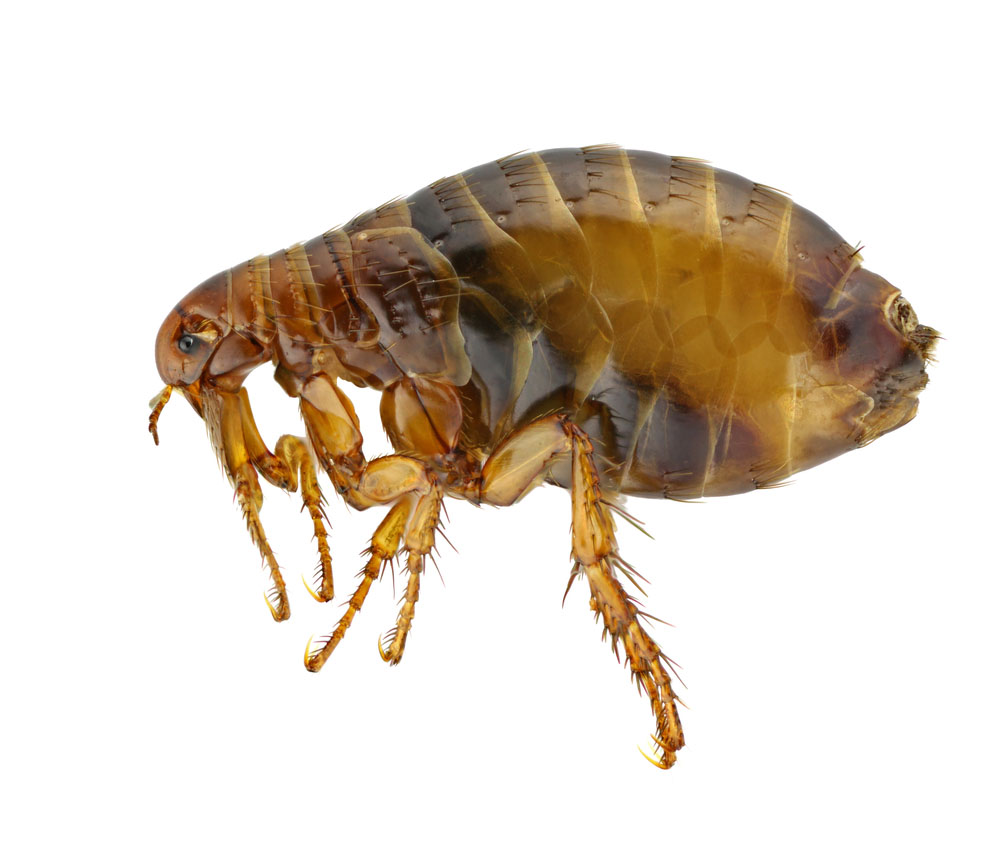 Can they be taught to do tricks?

The jury is still out on this one, but the consensus seems to be that fleas are not capable of learning tricks or being taught skills. To overcome this, circuses resorted to several workarounds.

Fleas are known for their ability to jump, and live fleas were sometimes placed into tiny harnesses to keep them contained within the circus. Their natural jumping behavior could then be interpreted by the audience as a ‘trick’. By placing objects near the flea, such as a ball, the flea could then ‘push’ or move it. With no one to regulate the welfare of the fleas, glue was also used to fasten them to the attraction!

Some circuses even used dead fleas, dressing them up in teeny-tiny costumes and gluing or fastening the buggers to ropes.

How do I know the fleas are real, they’re so tiny!

Some enterprising circus owners (who didn’t have the passion for tracking down live fleas) used illusions, relying on magnetic and electrical contraptions. This trickery created movement in the attractions, allowing audiences to believe a trained flea was moving balls, jumping from a high dive, or riding a miniature carriage.

By Katie Dundas, contributor for Ripleys.com.

Next post Can You Break the Code of the Mysterious 15th-Century Voynich Manuscript?