We featured Donald the four legged duckling right here on the Ripley blog, and he was a big hit! Well, donald and his family visited Ripley's! 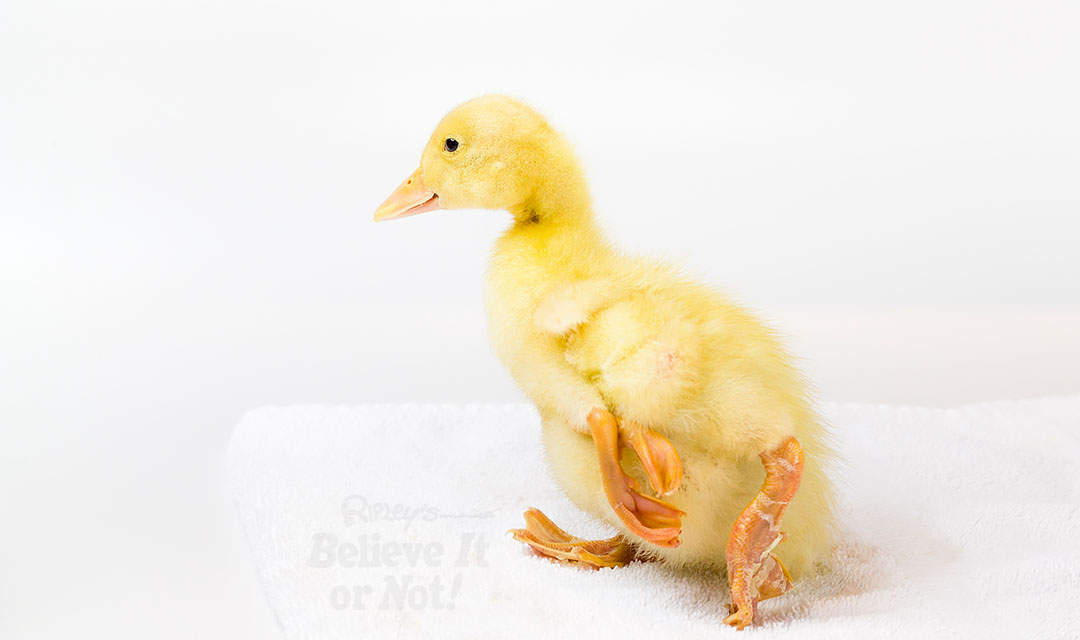 A few weeks ago we featured Donald the four-legged duckling right here on the Ripley blog, and he was a big hit! Well, we got a surprise call from Donald’s family!

We Got To Meet Donald! 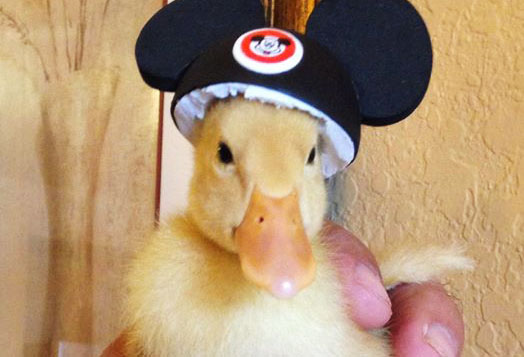 Donald and his whole family came over to our offices located in Florida and the family got a tour of Ripley’s while Donald—our star—became part of the collection himself.

The adorable odd duckling got his own photo shoot and even ended up a swimming in the our fountain; And boy, he’s a good swimmer!

So What’s the story?

How did Donald get so famous? He had his own Facebook page; In fact he had more than 1000 fans in the first three days and now has as many as 6000 fans watching this cute duck’s adventures!
“I’ve raised a lot of animals my entire life and I’ve never had anything like this”
From there, the local news saw him and did a story on him that we blogged! Not to long after that the family reached out to us here at Ripley’s and we invited them all over.

The family now wants to use Donald’s attention to send a accepting message: “You’re beautiful just the way you are” to whomever they can and will even be going to schools.

See the photos below! 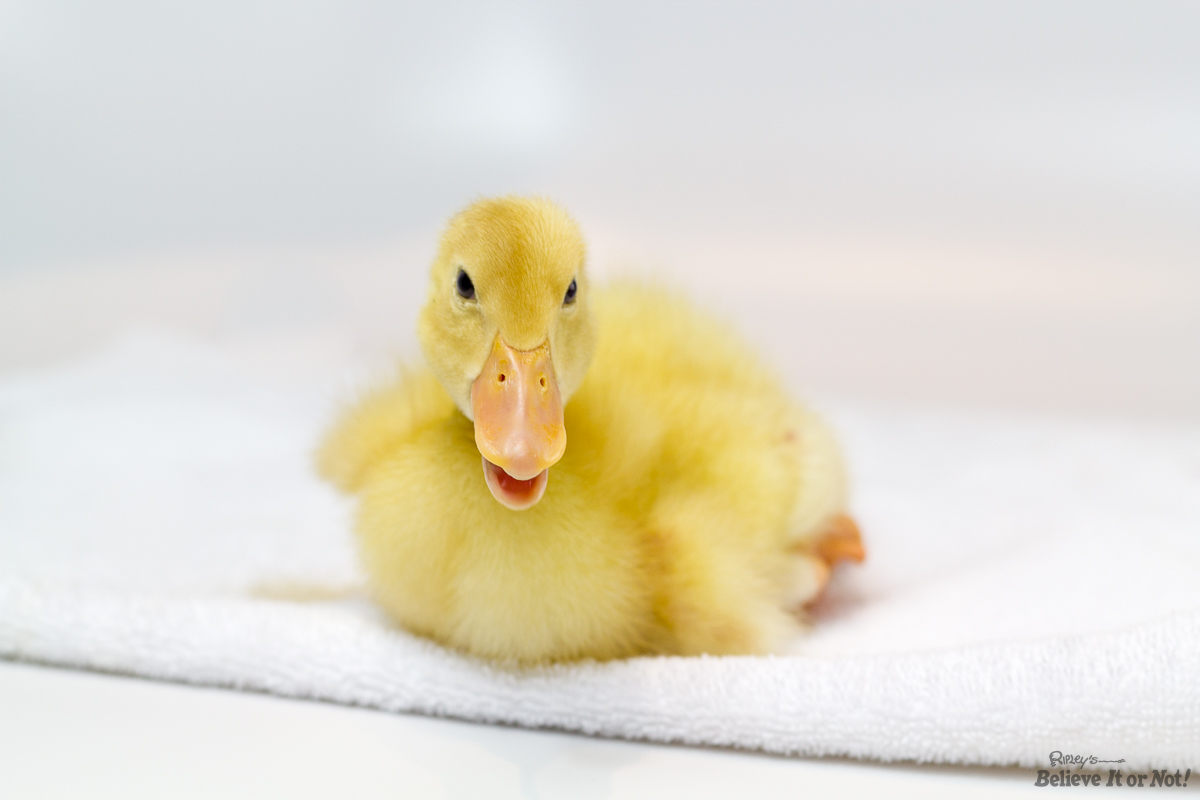 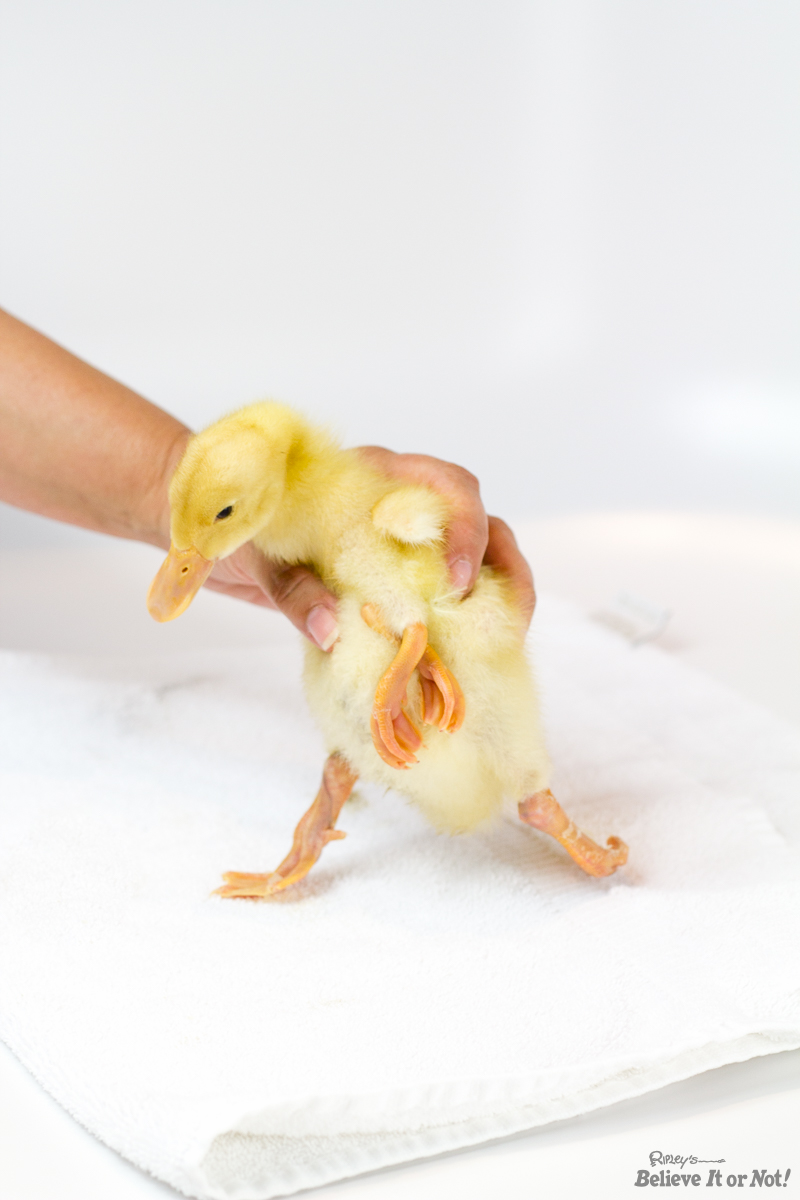 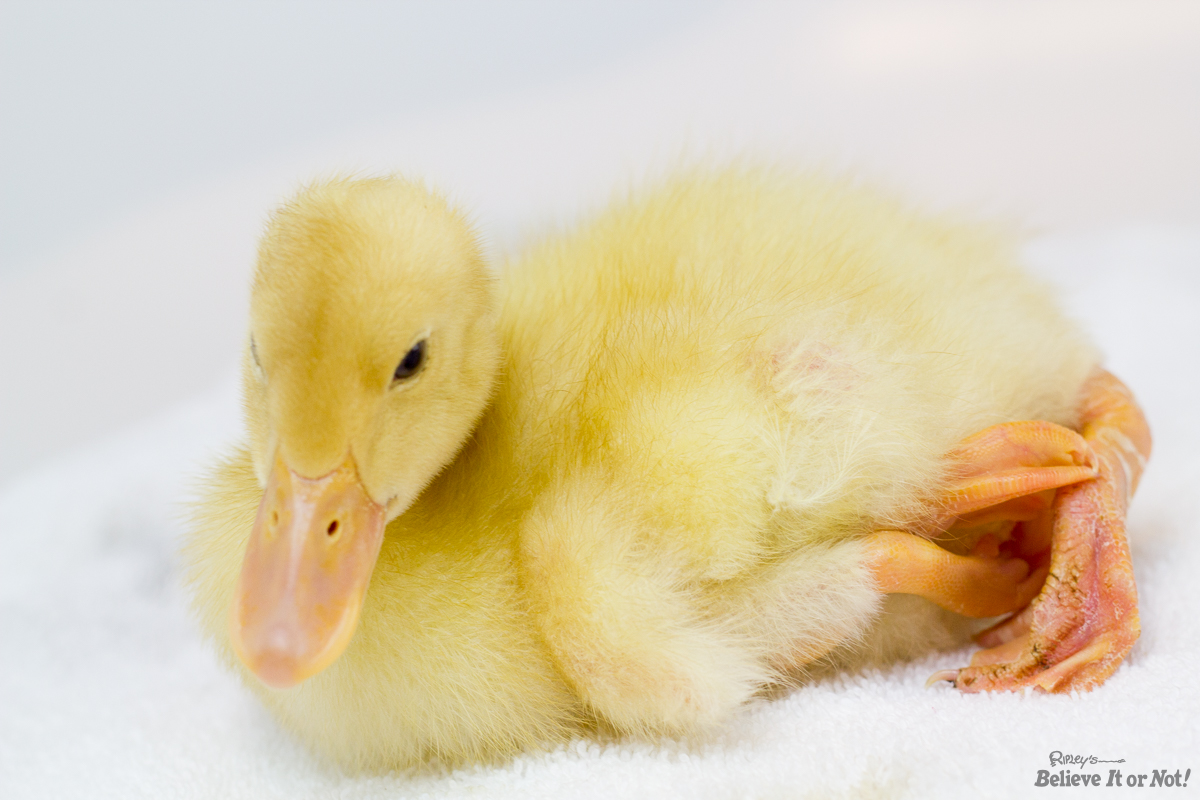 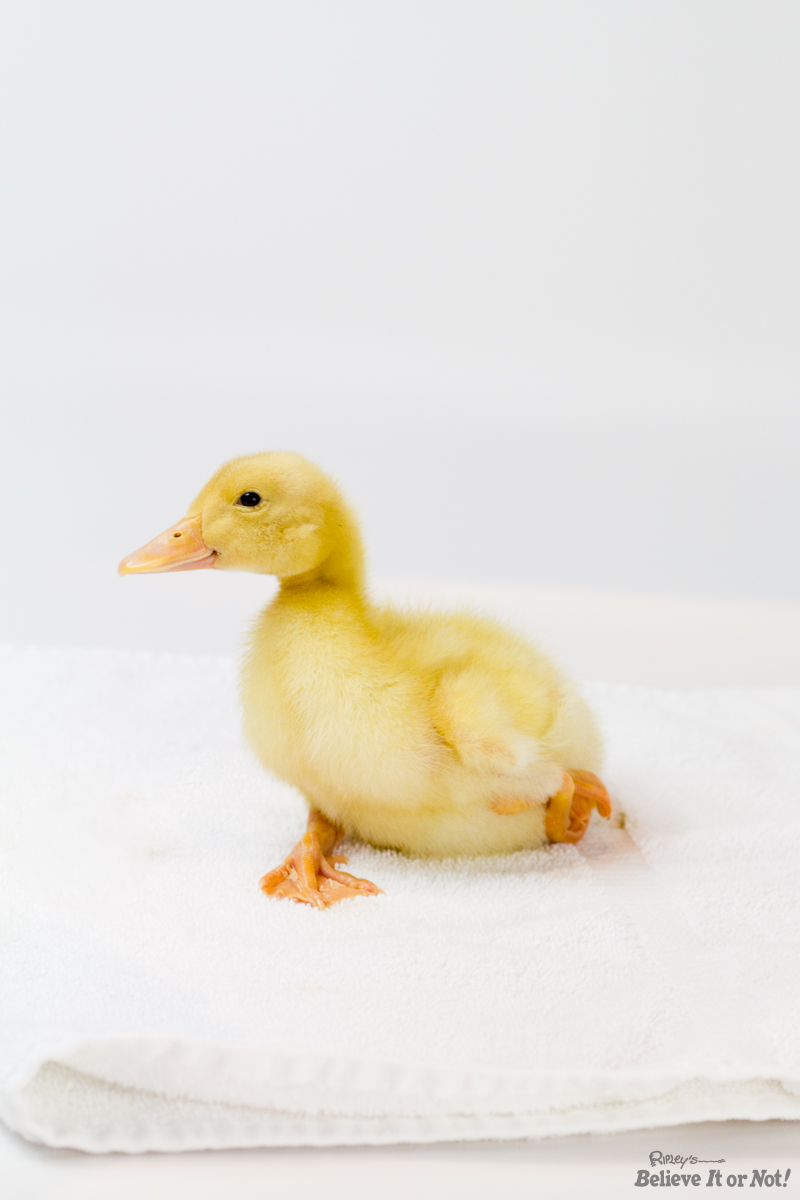 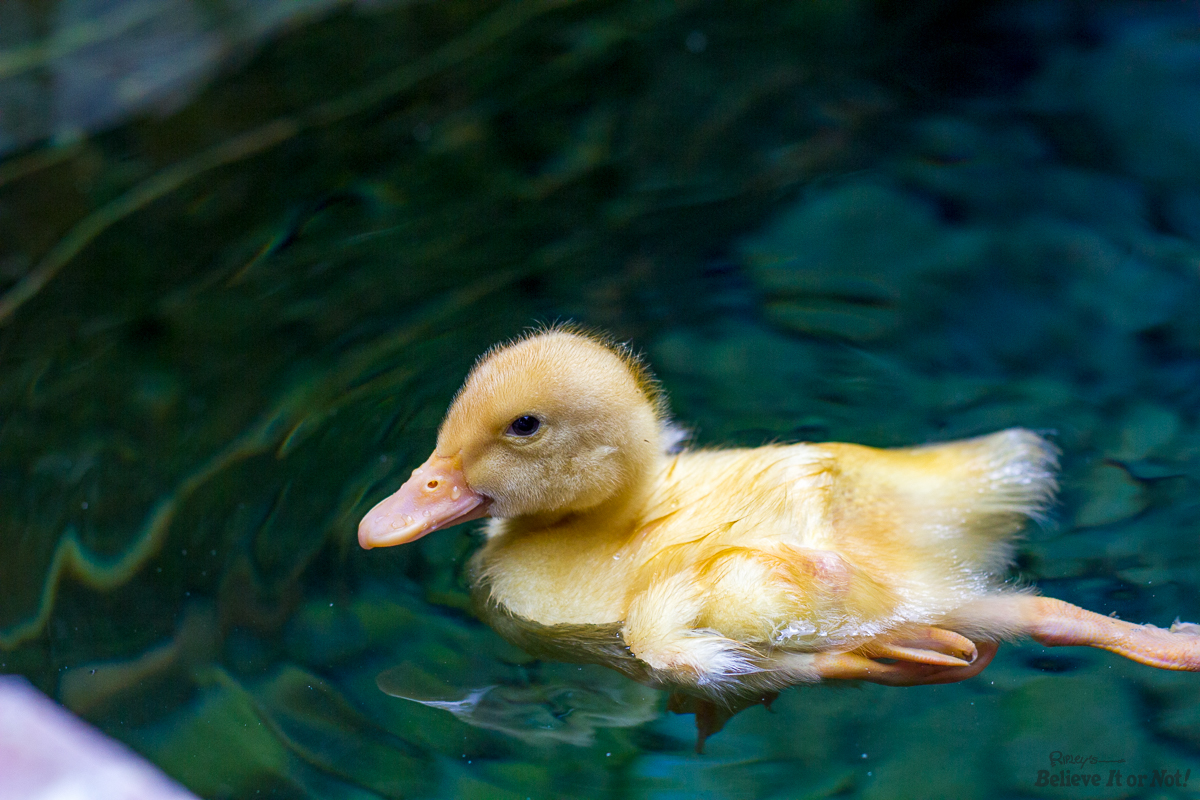 Donald Swam around in our back yard. 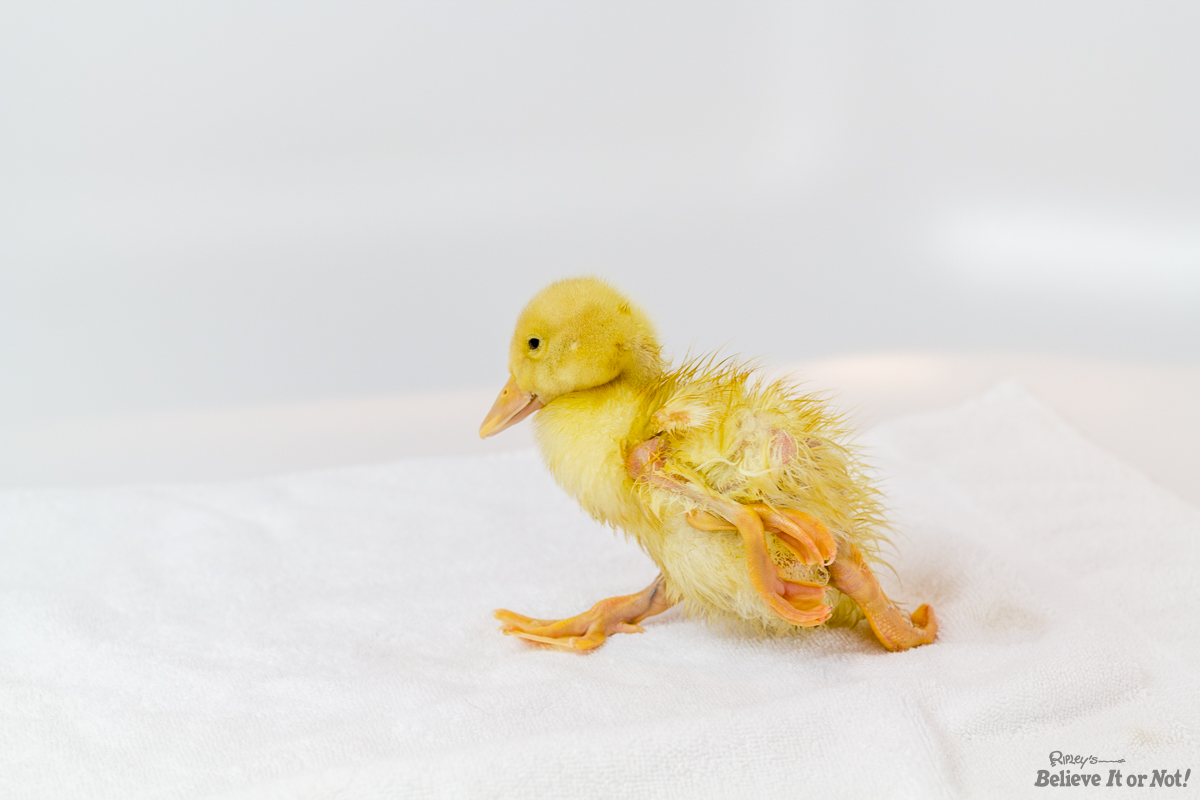 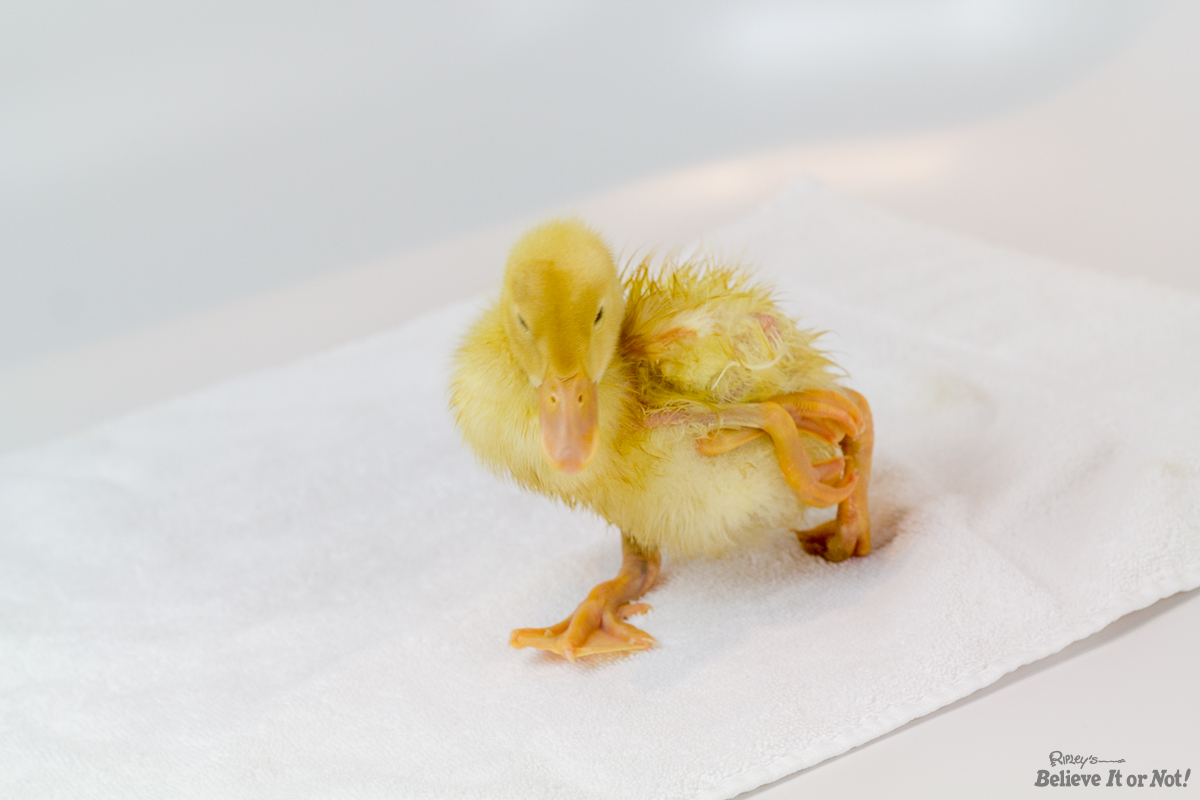 Thanks to the whole family for visiting Ripley’s! We had a fantastic time! 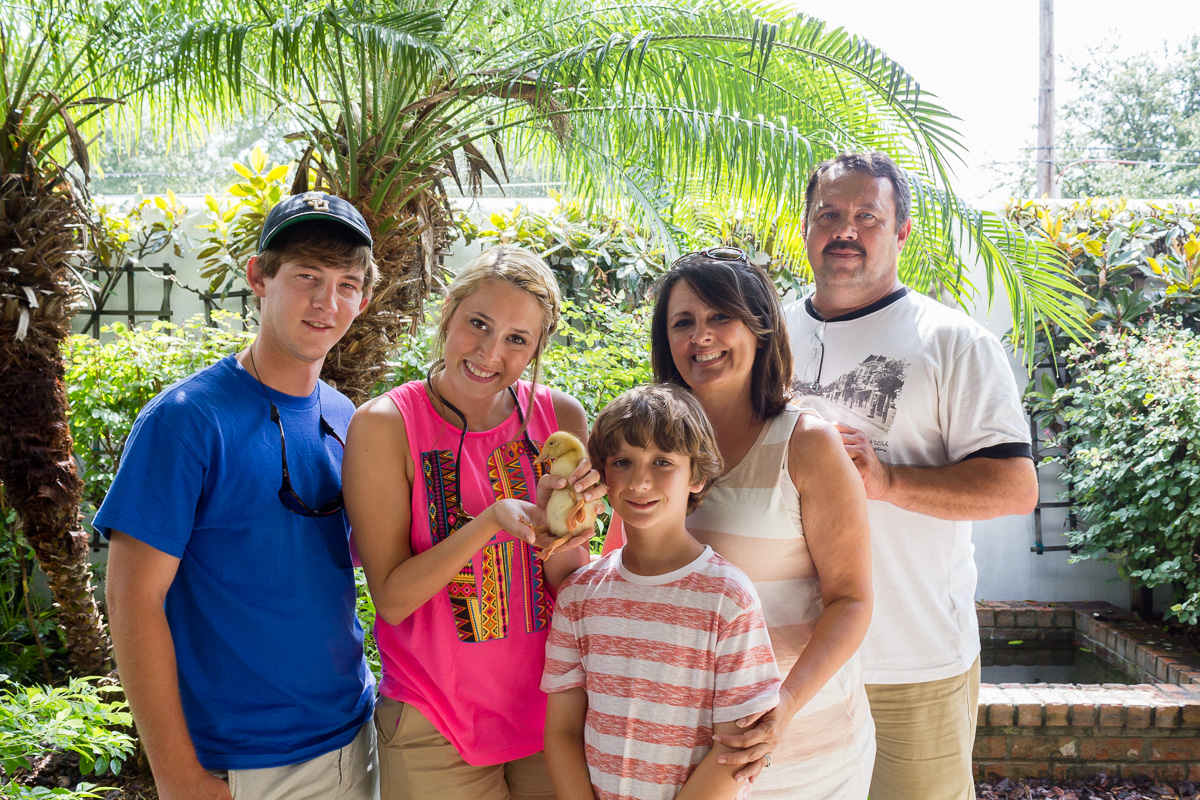 The Family and Donald