Dying in Your Dreams: Freddy Krueger Syndrome Is Real

Today: Dying in Your Sleep

Fear, terror, anxiety—the only way to escape these strong feelings caused by bad dreams is to wake up. But, what if you can’t? Ripped from the headlines, on this episode of Cool Stuff Strange Things we look into the real world occurrences of Freddy Krueger Syndrome.

The real-life horror that inspired the eighties slasher film A Nightmare on Elm Street began far, far, from your tree-lined local Elm Street. It began on the killing fields of Cambodia, where refugees could escape the regime’s atrocities by fleeing to America. 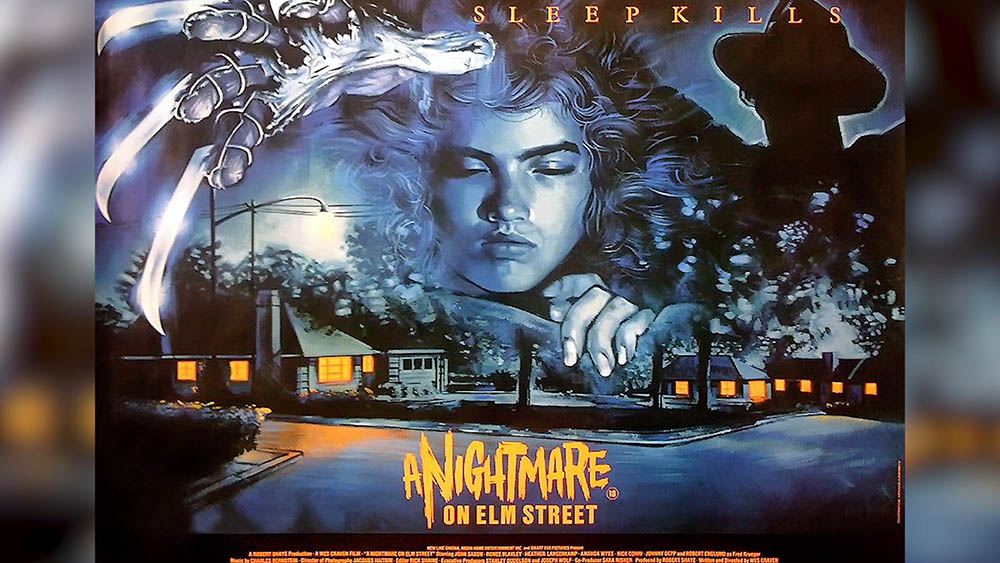 In 1981, just three years prior to A Nightmare on Elm Street’s release, 18 healthy young Hmong refugees mysteriously died in their sleep. They were said to be haunted by their nightmares, desperately trying to stay awake, but eventually, exhaustion would set in and their eyes would shut, never to open again.

The first case was reported in 1977. The victim: a medic named Ly Houa, of Orange County, California. A social worker who knew him told the L.A. Times she was shocked to hear of his passing as he was in great physical condition and very health-conscious.

The perplexing morbidity of these cases caught the media’s attention, became a cultural concern for the Hmong, and bewildered the medical community. As the death count mounted, the CDC began investigating. 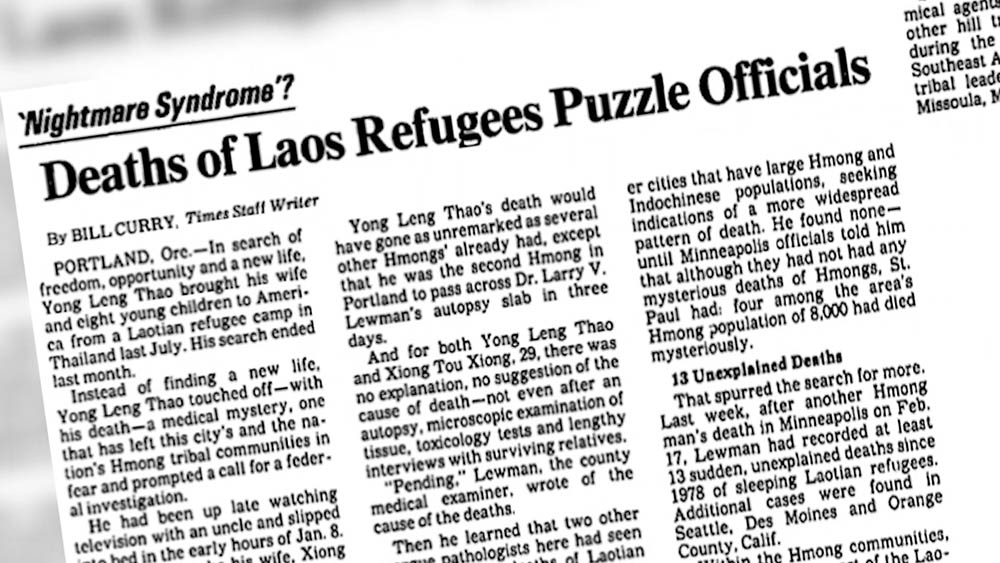 Only about 35,000 Hmong lived in America at the time, but the ratio of victims to total Hmong in the country equaled that of all five leading causes of death for young American men. The Orange County Medical Examiner reported that the mysterious incidents accounted for half of all deaths among America’s Hmong during that period. That means Hmong men were more likely to die of this night terror, than a car accident, homicide, or disease.

Although they seemed particularly susceptible, the Hmong refugees weren’t the only ones suffering from this phenomenon—healthy Asian men worldwide, ages 20 to 45, were suddenly dying in their sleep. Between the late 1970s to the mid-80s, 110 similar deaths were reported. However, no definite cause emerged.

The Hmong themselves believe in a nightmare demon called Dab Tsog. Of course, Dab Tsog isn’t real, but if people believed strongly enough that it existed, could it become real enough to kill? It is possible that this cultural belief factored strongly into these deaths, but there are plenty of other theories as well… 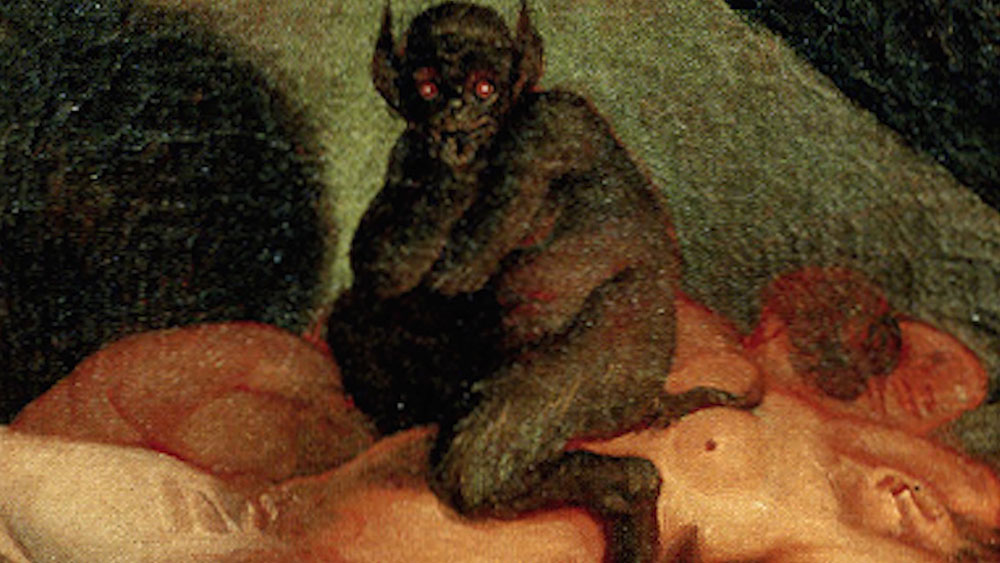 Some suspected cardiac failure. Many blamed the stress of culture shock. A political leader for the Hmong even attributed the deaths to wartime gassing attacks, a delayed reaction.

Now, nightmares don’t necessarily have anything to do with SUNDS. It occurs during sleep, a time when the heart naturally slows. SUNDS is a genetic disease that causes the body to improperly coordinate the electrical signals that cause the heart to beat, sending it into a deadly spasm.

Today, SUNDS is detectable and preventable by modern medicine, but the question of why it so viciously attacked Hmong refugees in the 1980s has never quite been answered.

There have been claims that SUNDS is linked to the stresses caused by nightmares, but we don’t have enough solid evidence to make that assertion. The dream world is uncharted territory.

Dr. Ernest Hartmann, one of the world’s foremost researchers on dreaming, has published many books and papers on the topic of nightmares. His work has indicated that the most common theme of a nightmare is being chased, but, do you ever notice that when being chased, you rarely, if ever, get caught? If you’re falling, you jolt up right before the point of impact? Death dreams tend to end abruptly because we don’t really understand what happens to our bodies after we pass. The mind just can’t compute.

The result of Wes Craven’s research on the Hmong refugees, SUNDS and unconsciousness, was a killer capable of taunting the security of one’s own mind. A true nightmare. One that you would die to wake up from.

Next post Happy 25th Anniversary to Our Orlando Odditorium!

Previous post These Illustrations of Surgery Before Anesthetic are Gruesome