Accustomed to the warmer things in life, iguanas have no chill when faced with the threat of dropping temperatures. 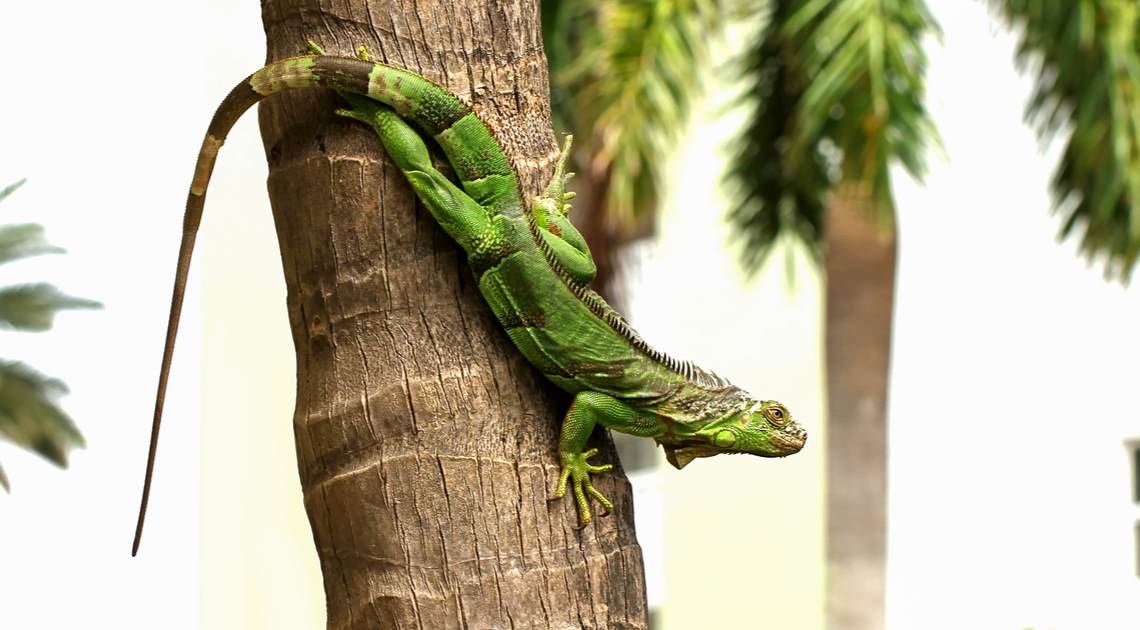 Tourists flocking to Florida in search of a reprieve from last weekend’s bombogenesis storm in the Northeast (and regular old winter in the Midwest) arrived only to find temperatures so cold frozen iguanas were falling out of trees.

It’s not often that temperatures drop below 40 degrees in the Sunshine State. Still, when the cold weather moves in, it snaps with the force of Thanos, leaving Floridians and their animal cohabitants scrambling for shelter and warmth.

Last weekend was no exception, as temperatures across the state dropped into the 20s in some areas, with even cities as far south as West Palm Beach experiencing a low of 37 degrees Fahrenheit — the coldest it’s been in over a decade. At Ripley’s headquarters in Orlando, we bundled up to brave bitter a couple of 30-degree mornings, matching our record low from 1966.

While the weather wasn’t chilly enough to cause a snowstorm or damage precious strawberry crops, it did send a shock to invasive neighbors in the south — the iguana population.

Accustomed to the warmer things in life, iguanas have no chill when faced with the threat of dropping temperatures, going into a sort of catatonic state before falling to the ground. Don’t worry, though! The dramatic dragons come back to life as soon as their preferred climate returns.

In Florida, immobilized iguanas are falling from trees due to cold weather conditions https://t.co/wPtXvCsAuV pic.twitter.com/7OiMSqpcko

While it’s not quite literally raining iguanas in Florida, there have been strange cases where other animals have indeed fallen from the sky in a rare phenomenon called, you guessed it, “animal rain.”

In early January, a sea of fish was swept into the Texas skies before splattering back down to Earth in the town of Texarkana.

Frogs are a more common victim of the waterspout wonder, much to the delight of neighborhood cats that feast on the ribbiting raindrops.

Florida Says “No Thanks” to Punxsutawney Phil

Punxsutawney Phil may have predicted six more weeks of winter Wednesday morning, but it appears that Florida has other plans. As the country faces another wave of winter weather this weekend, Florida has officially decided not to participate this time around, with temperatures already back to their balmy and beachy 80 degrees.

As we thaw out and celebrate making it through Florida’s three-day winter season with t-shirts and memes, we invite you to send any videos of friends and family being pelted by falling iguanas our way!

Next post Who’s To Blame For Shrinking Feline Brains?