The asteroid collided with the planet traveling at speeds in excess of 39,600 miles per hour. 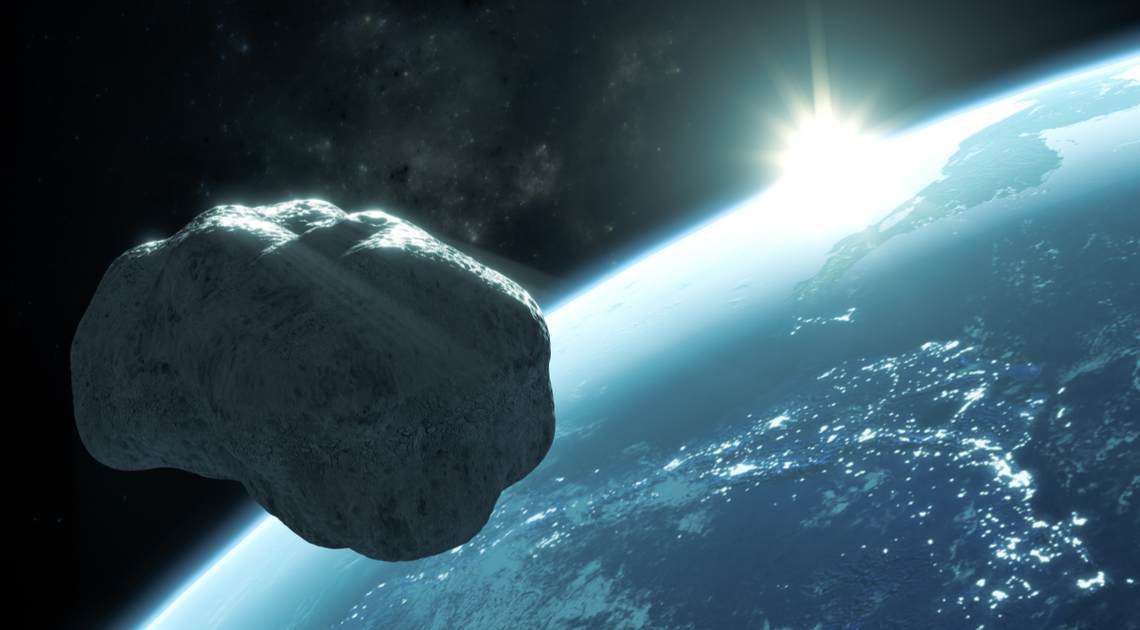 Whether we’re talking 1979’s Meteor or 1998’s Armageddon, stories about Earth-smashing asteroids are nothing new to Hollywood. They usually get detected early enough by scientists so that the most important characters can get in some great one-liners before averting universal crisis. Sometimes the plot involves known enemies pulling together, as is the case with the USSR and the USA in Meteor. And others, like Armageddon, depict heroism from unlikely sources, keeping the planet from getting smashed to smithereens. Of course, there’s also plenty of science-defying action in the name of entertainment.

But the reality of asteroids is different. According to Live Science, just five asteroids have been detected before hitting the blue planet. In other words, most of these space rocks collide with our world without giving us much, if any, warning. Recently, a refrigerator-size asteroid collided with our planet, and scientists only had a two-hour warning window. Here’s the story behind its detection.

Hungary’s Konkoly Observatory buzzed with life after astronomer Krisztián Sárneczky detected 2022 EB5 at its Piszkéstető Mountain Station on March 11, 2022. The Observatory alerted authorities, and soon NASA’s “Scout” impact hazard assessment system kicked in to monitor the fast-moving rock. Once Scout determined unequivocally that the meteor was inbound, it sent a warning to the Center for Near Earth Object Studies (CNEOS) at California’s NASA Jet Propulsion Laboratory (JPL). The CNEOS team went to working predicting the time and location of the asteroid’s impact, according to the JPL.

Davide Farnocchia of the JPL explains, “Scout had only 14 observations over 40 minutes from one observatory to work with when it first identified the object as an impactor. We were able to determine the possible impact locations … As more observatories tracked the asteroid, our calculations of its trajectory and impact location became more precise.” Like silver screen depictions of such an event, it required an international effort to track and pinpoint the object before it hit.

Just 120 minutes later, the asteroid collided with the planet traveling at speeds in excess of 39,600 miles per hour. Measuring 6.5 feet wide, it exploded coming into Earth’s atmosphere. Based on its estimated speed, scientists calculated that the rock was approximately one-third of the distance between the moon and the Earth when eagle-eyed Sárneczky first saw it.

Amazingly, Scout showed 2022 EB5 hitting the Earth’s atmosphere over the Norwegian island of Jan Mayen, located 300 miles away from Greenland at roughly 5:23 p.m. EST, and it did precisely that. Researchers corroborated the accuracy of Scout using infrasound detectors to confirm the impact point. These detectors also made it possible to accurately record the size of the asteroid.

Why Small Asteroids Are a Challenge to Pinpoint

At this point, you may be wondering how often events like this take place. According to Director Paul Chodas of the CNEOS, “Tiny asteroids like 2022 EB5 are numerous, and they impact into the atmosphere quite frequently — roughly every ten months or so.” If impacts from such asteroids prove so common, why is 2022 EB5 only the fifth asteroid ever detected beforehand?

Small asteroids appear faint in the night sky, and the odds of pointing a survey telescope in the right spot at the right time are astronomically low — literally! But a couple of hours before entering Earth’s orbit, these objects brighten up. This final “lighting up” is what tipped Sárneczky off.

Fortunately, astronomers can detect larger asteroids earlier because they’re easier to see. For example, the first asteroid ever identified before impact was 2008 TC3, a 13-foot-wide asteroid that impacted the planet over the Nubian Desert. As it came into the Earth’s protective atmosphere, it shattered, sending a hail of smaller meteorites across the desert. So, Hollywood did get it right when it comes to seeing ginormous meteors ahead of time. Just don’t expect NASA to call in Bruce Willis to save the planet (twice)!

Next post Mummy Brown: The Paint Color Made From Actual Human Corpses